The Philippine Orchid Society in partnership with Quezon City government, Quezon City Memorial Circle administration, Villar Sipag Foundation, Manila Bulletin presents to the visiting public the 72nd annual orchid and bonsai show daily lectures.  Aside from the landscape exhibits, individual ornamental plant, orchid and bonsai plant in competition, There will be more than 60 plant commercial stalls and daily lectures, talks and workshop for those interested to learn new growing techniques.

Schedule of Daily Lectures, Workshop and Talks starts at 2:00 pm 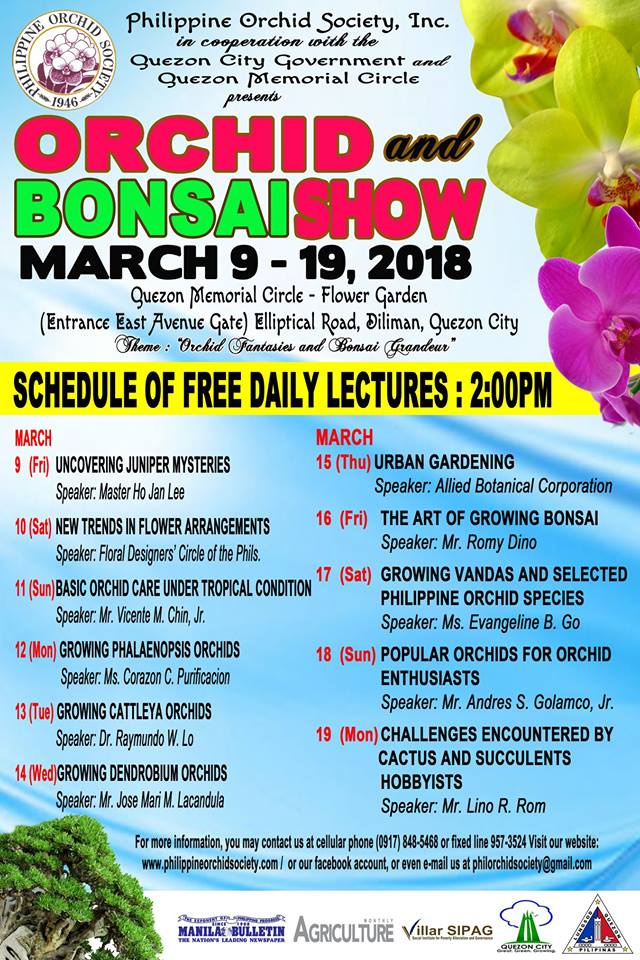 There will be a few days extension for those planning buy plants for valentine’s day and chinese new year like cacti, succulents, flowering orchids , green foliage plants which are auspicious during this season.

Here are the list of the potted plant winners 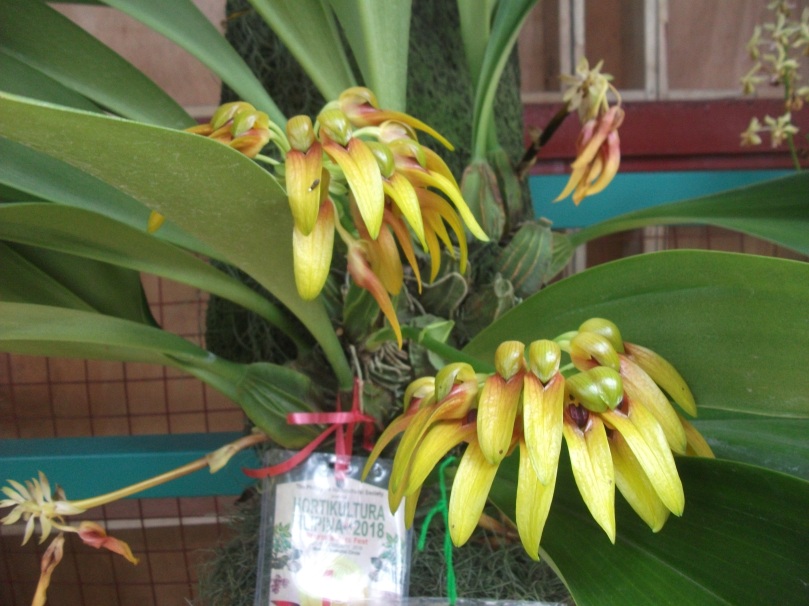 6. Best in Variegated and Mutants –
Schefflera Tupidanthus by Dankin’s
Garden

Big news to all Boy Kanin’s loyal clientele and customers. The restaurant chain is currently celebrating their 5th anniversary in 2018 with a big bang.

For those looking for new business, having a food related business during the year of the dog is quite auspicious . This year’s elements sign is ( Earth Dog) which favors travel, construction and food business. The best zodiac signs for business are people born under tiger, rabbit and horse.

The restaurant chain started out as a food stall around 2013 which initially serves paella rice meals along with other famous Filipino dishes. This was the brainchild of Mr. Antonio Z. Atienza and Mr. Ronald Allan Callao. 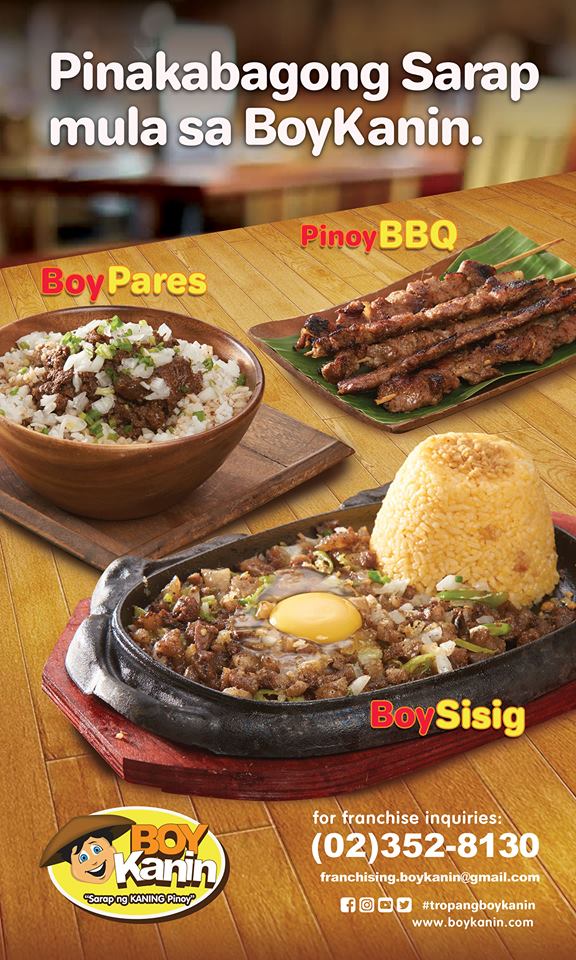 Boy Kanin is the preferred choice of customers with limited budget. They specializes on budget rice in a box meal sets of well-loved popular Filipino dishes like Beef Pares, Adobo, Caldereta, Teriyaki and all-day breakfast favorites like Tapsilog, Tocilog, Longsilog and Liemposilog. The tagline is “Sarap ng Kaning Pinoy ” which sums up all the delicious meal viands with rice.

The establishment was featured last year in ABS-CBN channel 2 “May Puhunan”  television program  which featured entrepreneurs, how did their business started and hoe they succeed in their business.
He started working when he was 10 years-old started to drive and helping his family business by driving from business from Bicol to Divisoria. His life story and struggles were also an inspiration for establishing a food business. Now the company would cooked at least 70 to 100 cavans of rice per day at their commissary alone. 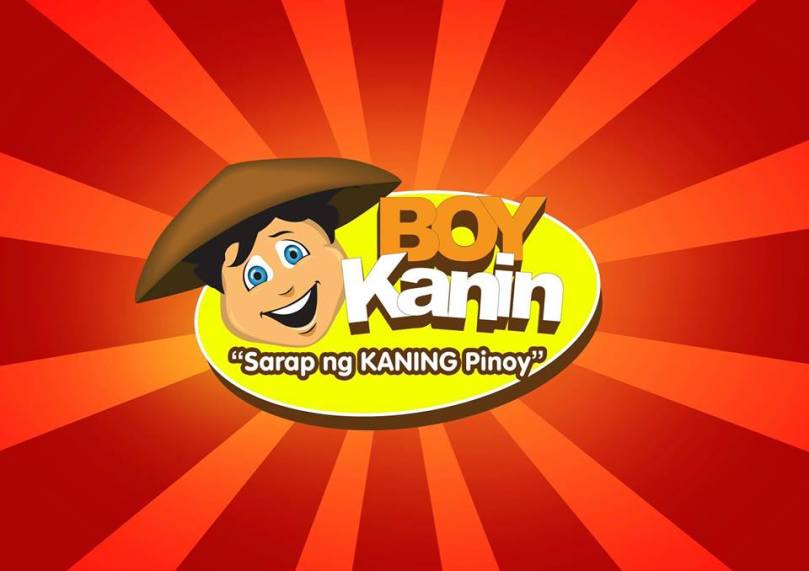 He took his inspiration from his life challenges into passion and works. The company logos are all created by Mr. Ronald Callao and his immediate family members.
https://www.youtube.com/watch?v=pz_ddvqBebA
Asenso Pinoy aired at PTV channel 4 featured him a year ago. 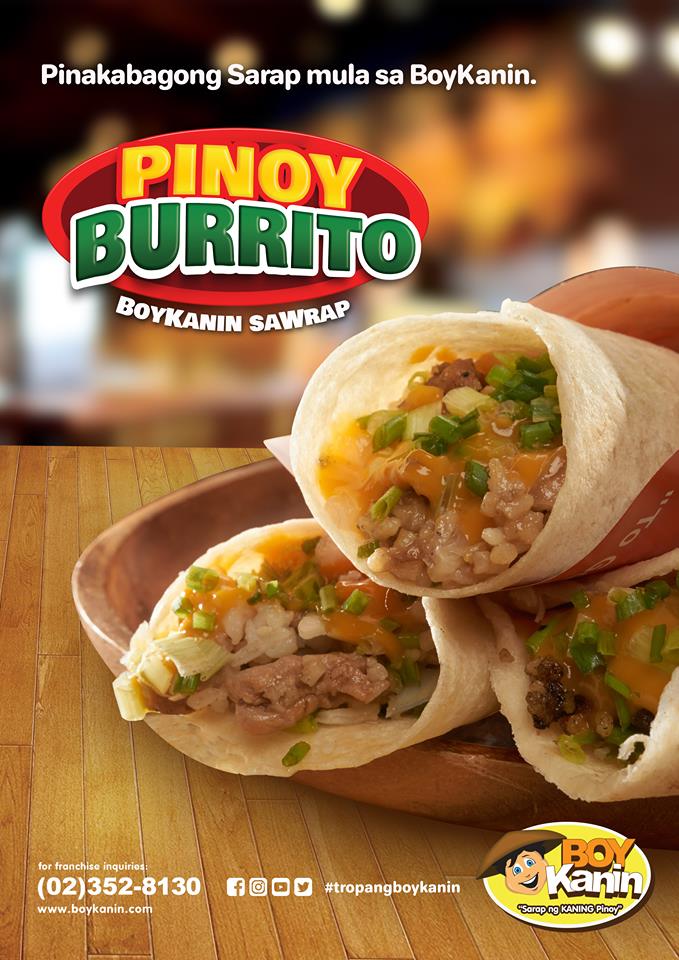 Pinoy Burrito is the Filipino-version of a bread wrap with your choice of rice and filling. Unlike the Mexican and South American counterparts which had a different fillings, herbs and spices. Pinoy Burrito are adjusted to the Filipino taste buds with generous rice and fillings to crave for.
OPEN for Franchise
For the past 5 years the company had been expanding its operations and additional office and warehouses are also added. Boy Kanin is open for franchises not only in Metro Manila but all over the country.
Aside from expanding their business, with three packages to choose from ( Food Cart Package) starting franchise fee of Php 299,000 , (Kiosk Package ) starting with Php 149,000 and (Counter Type ) dine-in package for just Php 199,000. 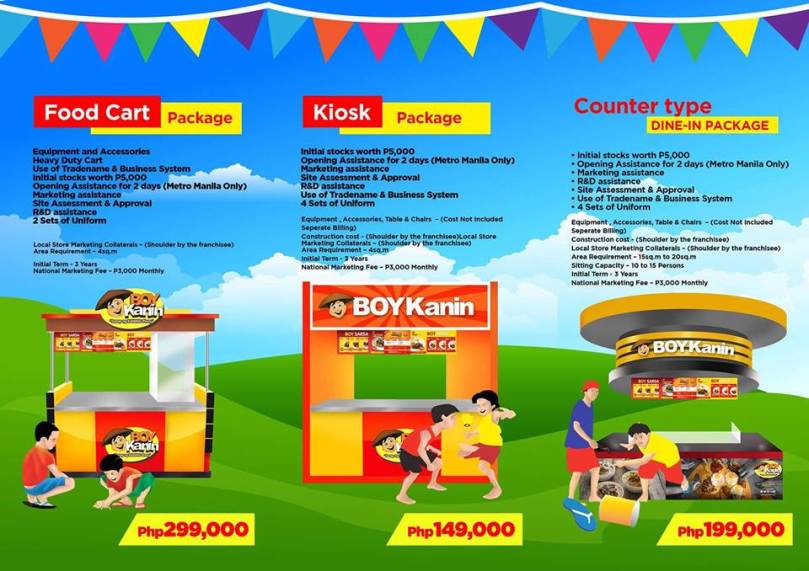 Homegrown Filipino Meals
Boy Kanin is proudly promoting the Filipino dishes and cuisines by having them as part of the company menus. There is also a high demand for Filipino dishes even in expats community where their restaurant is located. 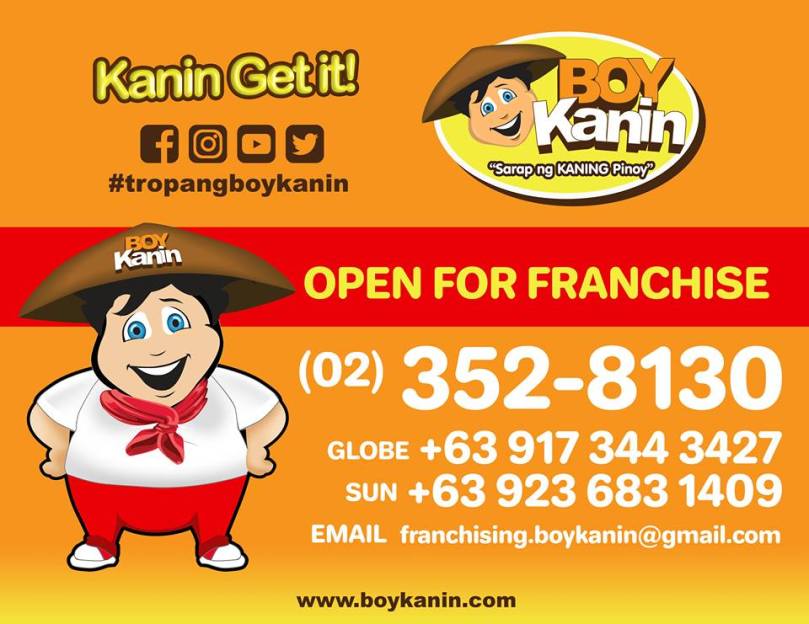 Upcoming Anniversary Promo/Giveaways
As part of Boy Kanin‘s 5th anniversary. The company would be launching an online contest for their Facebook followers where they could get a chance to win awesome prizes starting off with collectible Boy Kanin merchandise products (like trucker caps, t-shirts, mugs, tumblers etc.) by simply answering the question of the day.

Boy Kanin caps
Winners will also get to qualify the grand draw where they will be giving out surprise major prizes for lucky Facebook and Instagram followers of Boy Kanin starting March 2018.Just like and subscribe at the FB page and know the latest promos and contests.
BIG Winner
Boy Kanin will be giving a Boy Kanin Franchise grand champion to the winner of this year’s Ronda Pilipinas. Ronda Pilipinas is an annual professional road cycling competition held usually in the first quarter of the year in the country. His passion for helping the organization because he is a former professional cyclist, His personal motto is “Dugong siklista, Pusong siklista.”
Like and Share Facebook : Tropang Boy Kanin
Contact for Franchise:
Address: #73-A 10th Avenue Barangay Soccorro , Murphy, Cubao , Quezon City
Landline :(02) 352 8130

This was announced during the last day of the show last sunday February 11, 2018. Aside from having the bragging rights, he was given certificate of award, cash prize of Php 10,000 .

He hails from Laguna province and traveled several hours just to enter his award winning terrarium complete with lights and owl made from recycled materials. 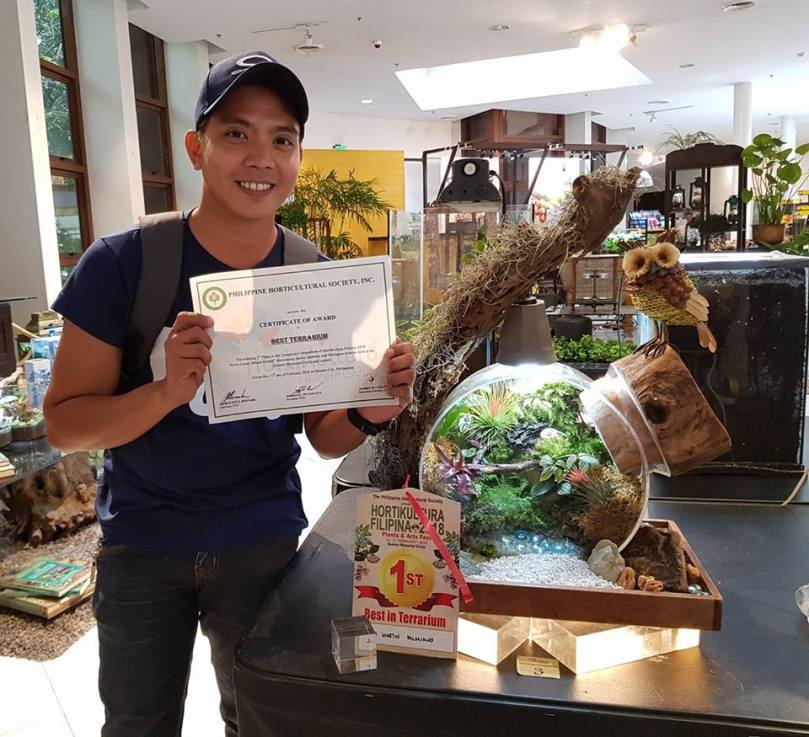 Mr. John Martin Palmiano with his certificate of award at the QCX museum