Ms. Charito Solis is an award winning actress with several films tucked into her colorful career. This is a 50 year-old advertisement postcard printed around 1968. 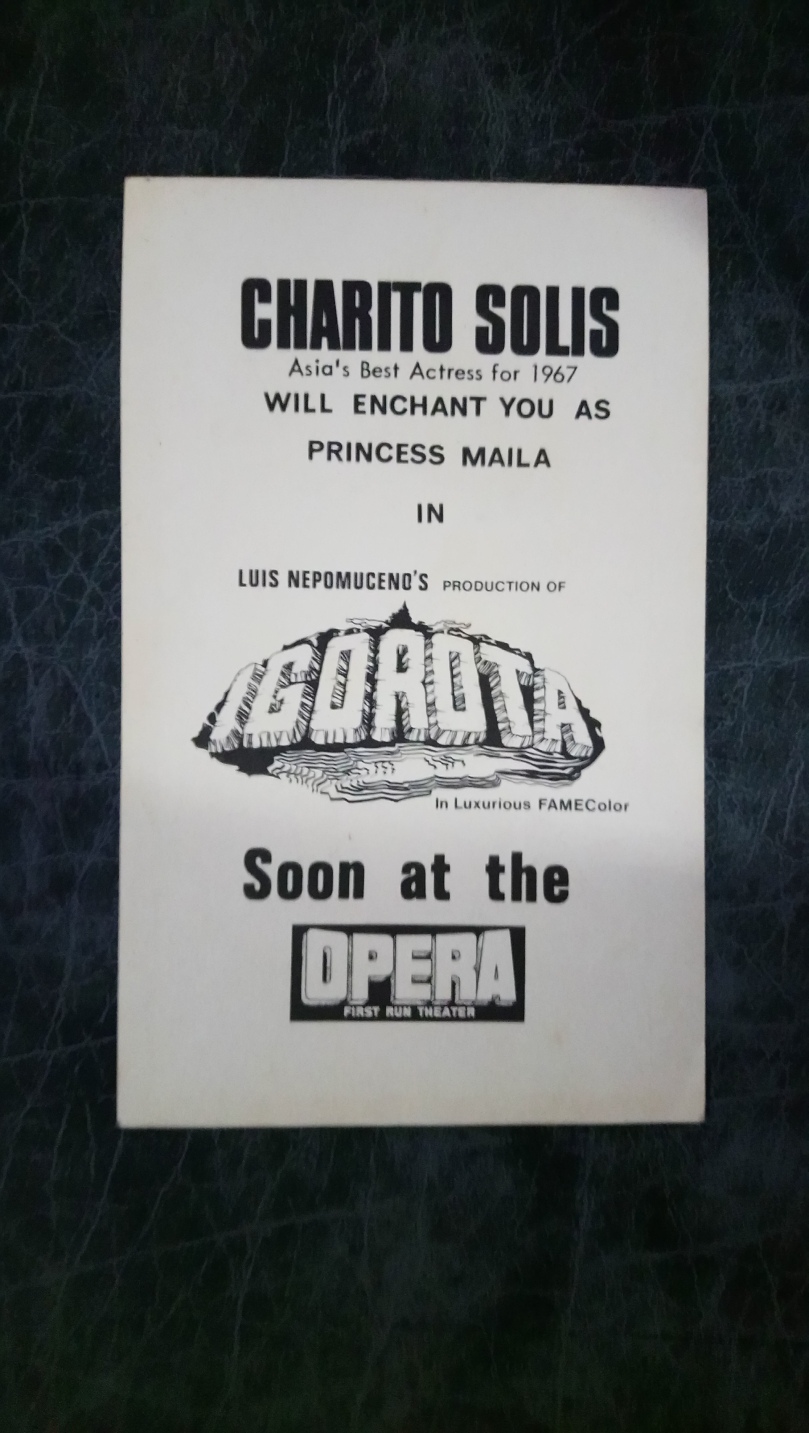 This is a type of advertisement postcard which was prevalent until the late 1990’s. The film outfit had printed thousands of this postcard as form of promotion and collectible item. This was issued around mid 1968 as part of local publicity for the film release.

This was collected by an aunt who watched the film. This was given to them when they attended the premiere night. The film had big budget for its time and the melodrama won 8 Famas Awards and highly acclaimed internationally. Miss Solis had her breast exposure twice and had two versions of the film.

According to my aunt, President Sukarno of Indonesia would give her some gifts ( according to old newspaper and magazines clippings).  The film was also released in Brazil, Argentina and was also shown in several Asian countries.

Note: Photos was taken by the author from personal collection