Inay Goyena is known for their freshly made deep fried pork rinds more popularly called ( chicharon). Chicharon is one of the local delicacies in which the town of San Miguel is popular. San Miguel had dozens of commercial and backyard pig farms in which by products are pork skin and pork fats.

Chicharrones or Chicharon was introduced by the Spaniards and the cooking technique was perfected by the people of the town.

Crushed chicharon is also used as topping for different dishes like pancit palabok, batchoy, goto among others.

I would remember that my dad would bring chicharon whenever he would come home from the town ( almost everyone would savour the chicharon). He used to work at Federal Agricultural Farm years ago. 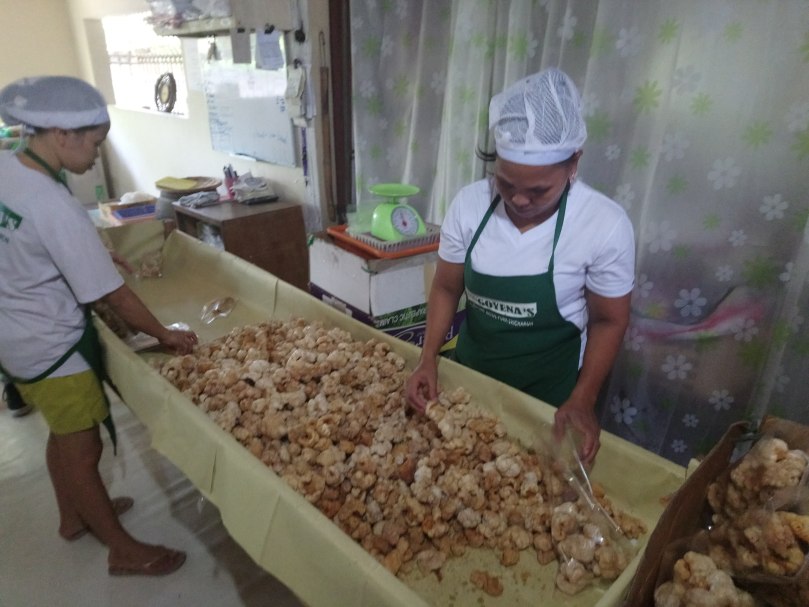 Among the most popular one is “Inay” Goyena’s Chicharon- which uses pork skins from local pig farms. Unlike the other commercial chicharon makers which use imported pig’s skins. Goyena still prefers locally sourced pig skin. 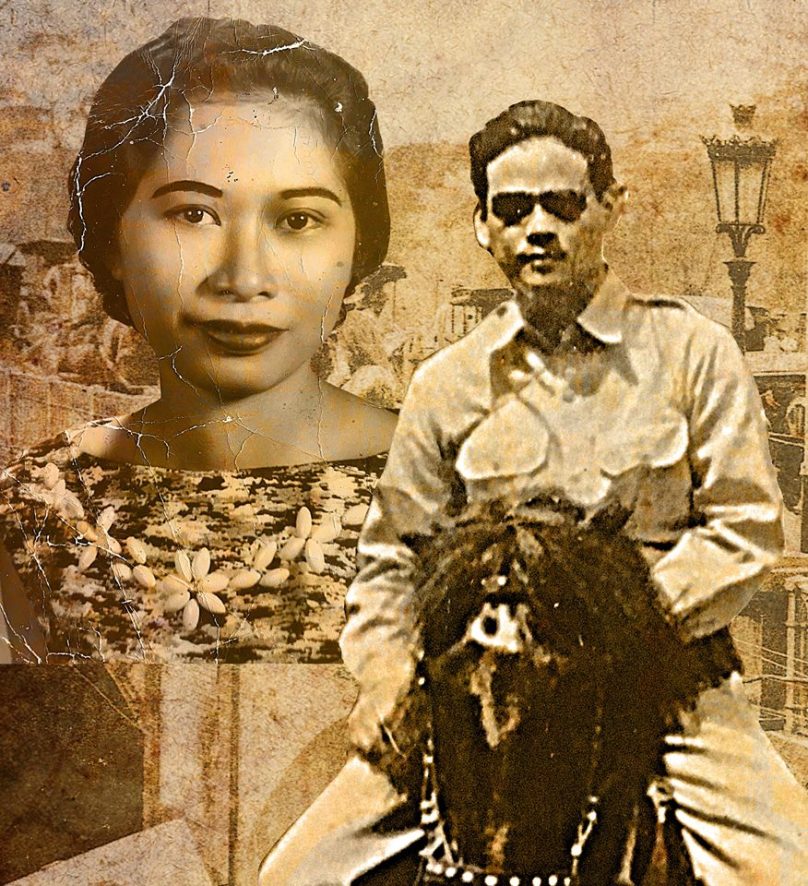 We met the proprietor few years ago at the San Miguel Church when we have a culinary and heritage tour several years ago.

Aside from the natural taste that it retain, the skin is fresh. We have witness the process on how the chicharon is made. The demand is still not enough, especially during Yuletide season. 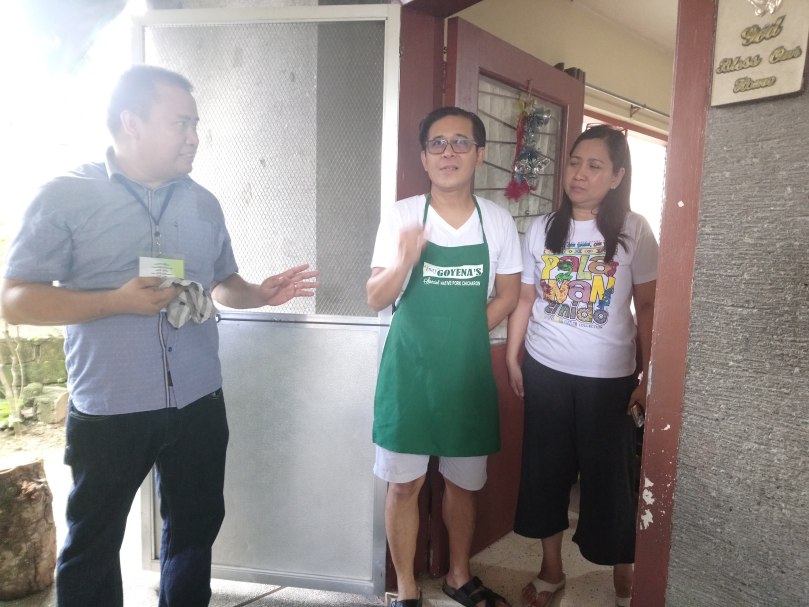 Architect Ervin Garcia together with the proprietors

There are also local television programs like Umagang Kay Ganda of ABS-CBN channel 2, Kapuso Jessica Soho of GMA channel 7 which had featured this local pride. Some of the Miss Earth candidates also visited this place.

Note: Special arrangement was made prior to our tour.