Cardinal plant, Giant Air plant or scientifically called Tillandsia fasiculata is in bloom in our backyard. 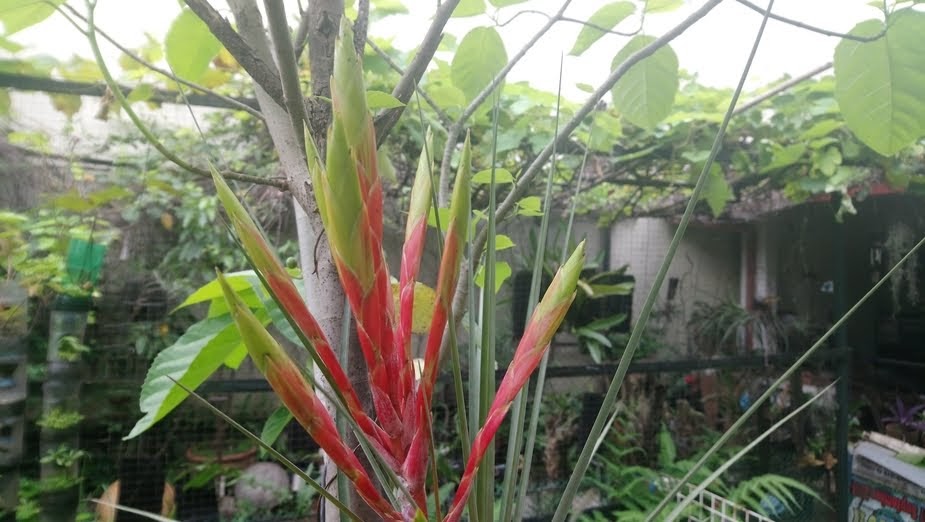 I bought about a dozen pups during the Flora Filipina 2015 Expo in one of the stall selling some Tillandsia. The seller gave me a small discount since i also bought some Tillandsia species.

Mounting: We used cloth or pantyhose in mounting our Tillandsia fasiculata. Simply securing the plant unto the tree.

Water and Fertilization : During rainy season , we seldom water the Tillandsia fasiculata. We would normally fertilize them with 1/4 strength complete water soluble fertilizer after flushing the plant. We would also apply trace elements and micro nutrients such as epsom salt and calcium in small quantity. After every other week.

Air Circulation: Tillandsias should be given enough light and air circulation to dry in 4 hours or less. Do not keep plants constantly wet or moist. Tillandsia are susceptible to rot when over-watered during monsoon season. When rains would continuously drench the air plants.

We tend to secure them slightly tilted to avoid water setting in the center of the tillandsia which can cause rotting from excess water from rains or water collected.

Tillandsia fasciculata is a big plant, as large or even larger than Tillandsia capitata. We have tried a different fertilization method this year. Used 20-N, 30-P, 30K during the early months of 2019 and kept our watering to just a minimum during the dry summer months from late January to mid- April, then we noticed that small pups sprouting at the main plant. Much to our delight. 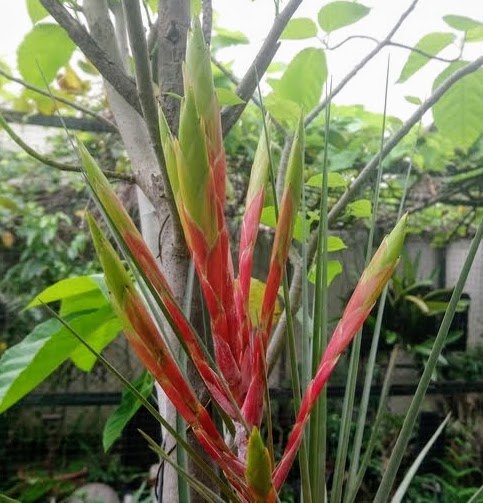 It was late May when the bracts of the cardinal plant began forming. It was a welcome sight for a plant collector which which waited for almost 4 years. The mortality in this batch is quite high since we only got 2 plants out of the dozen that was bought during the last expo.

Most of the air plants were destroyed by those pesky invasive squirrels.  But having 2 plant survive the crazy onslaught is a big respite.

The one in bloom is quite small compared to Tillandsia capitata and probably bloomed due to heat and water stress during the dry season.

According to Mr. Marco Llagas as tillandsia, plant collector and friend – This is the smaller variety of the Tillandsia species.

Ilang-Ilang restaurant is one of our top favorites when it comes to great dishes, ambiance and service.

The operations began in 1910 as panciteria or noodle house becoming full fledged restaurant in 1945.

Do not get confuse with Cafe Ilang-Ilang in Manila Hotel which open a little bit early and is located within Manila Hotel. The place also a a big function room which can accommodate between 250 to 280 people at any given time. 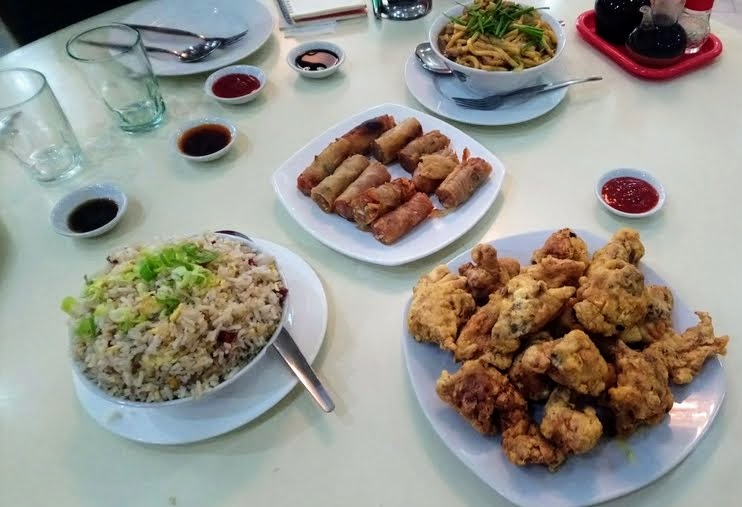 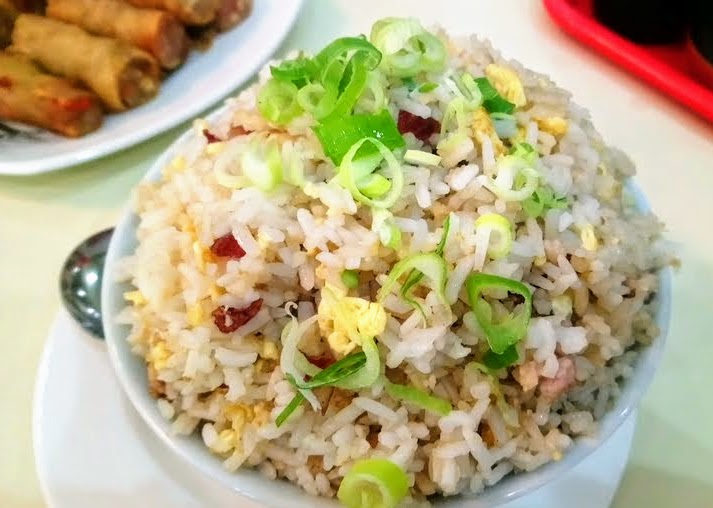 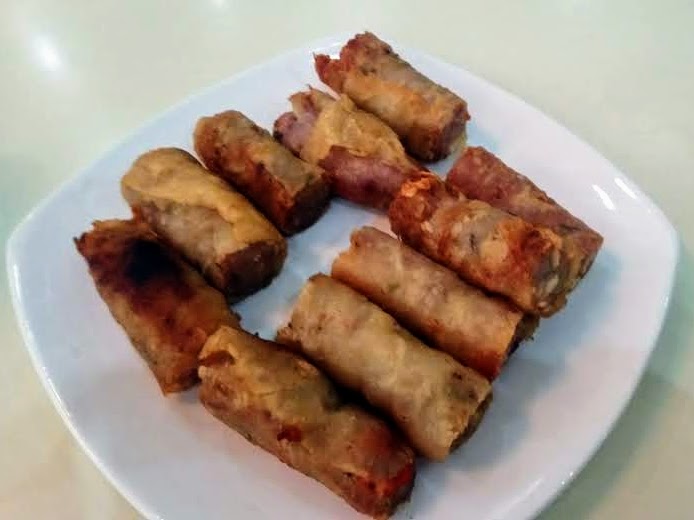 Lumpiang Shanghai ala Ilang-Ilang– is one of the favorite dishes that is usually serve in many restaurants in the country.

There are many stories behind the fried pork roll which is usually called lumpiang Shanghai. One popular tale is that the fried spring rolls takes its origin from Shanghai, China and was popularized by local Chinese restaurants in Manila.

Another tale is that the fried spring rolls began its humble origins from Filipino-Chinese immigrants in Chinatown, Manila. Where it was serve and introducing them to many places giving the pork rolls an international appeal and name.

Their version is slightly different with large portion of pork meat and ideal dipping condiment is the tomato ketchup. 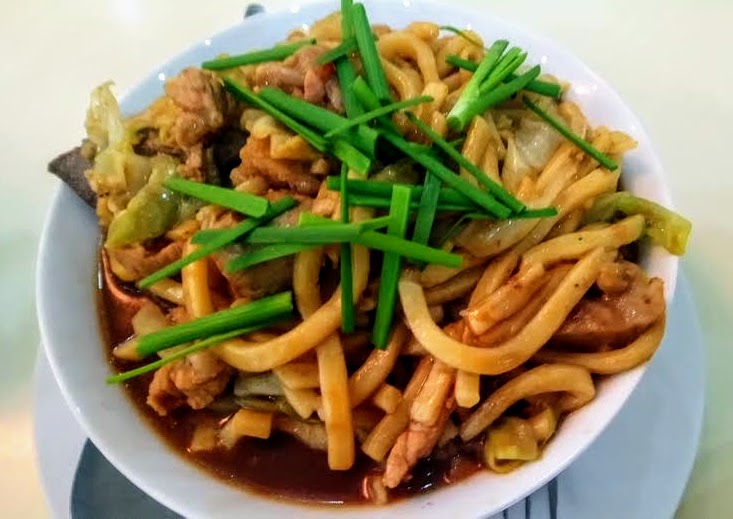 Chami – This is another Must try noodles dish, when you are within Chinatown district. Their noodles are the fat ones with pork, cabbage, pieces of meat, pork liver and topped with spring onions. 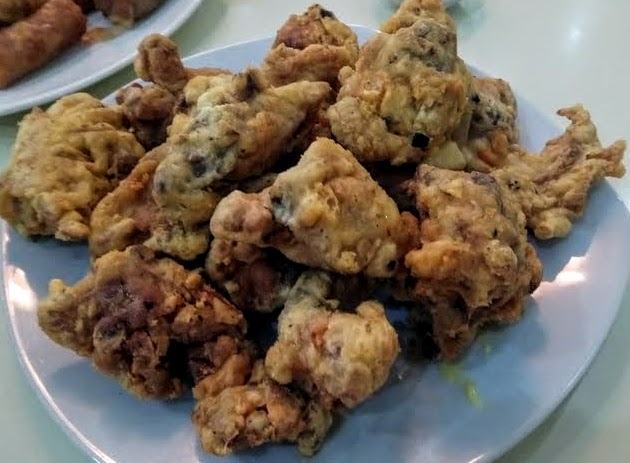 What we liked about the restaurant is the attentive staff, great dishes and ambiance.

The restaurant also is listed under popular review sites tripadvisor, munchpunch, zomatoph, yelp among others.