The parish of Santa Cruz which was carved from the growing Filipino-Chinese community started early 18th century. Santa Cruz which also encompass Escolta street was considered as part of the extended commercial, trade and services sector particularly during the Spanish, American, Japanese and early republic which thrives in the district. 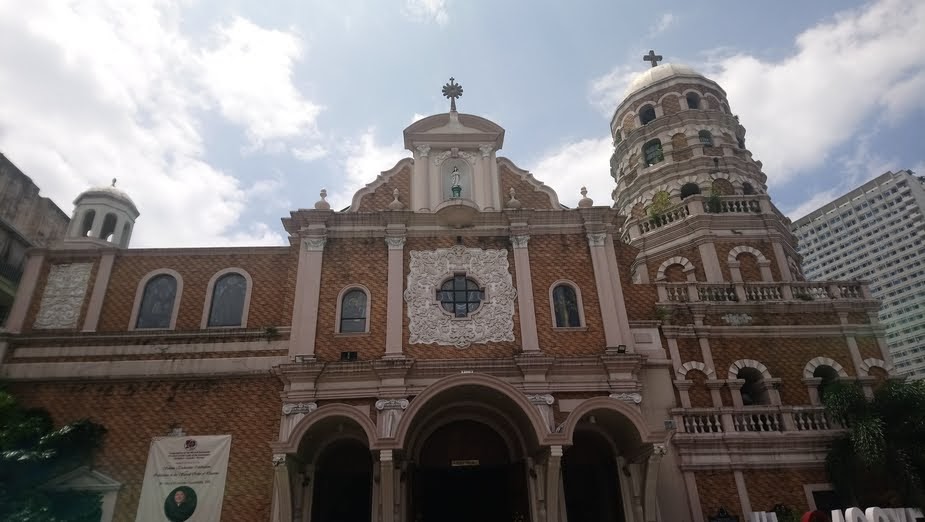 The church architecture is a combination of of California style mission, baroque and Asian- Hispanic style. The last restoration was done in the mid-1950’s just after the war.

The current facade was renovated few years ago and several commemorative markers are found within the facade of the church. 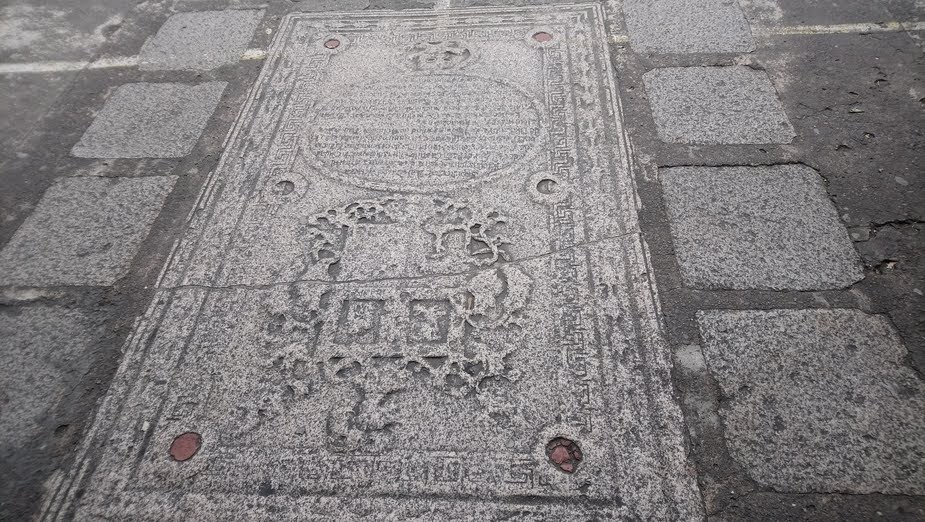 granite tombstone slab in front of the main entrance 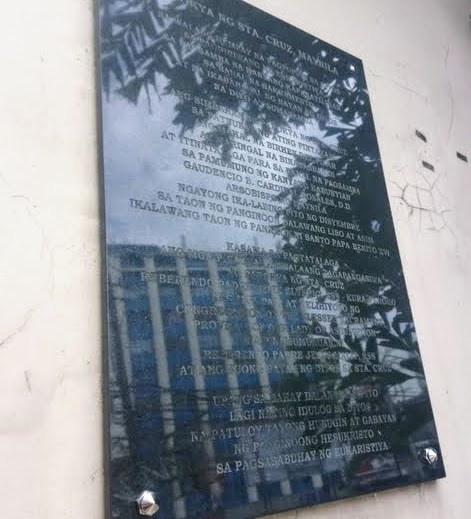 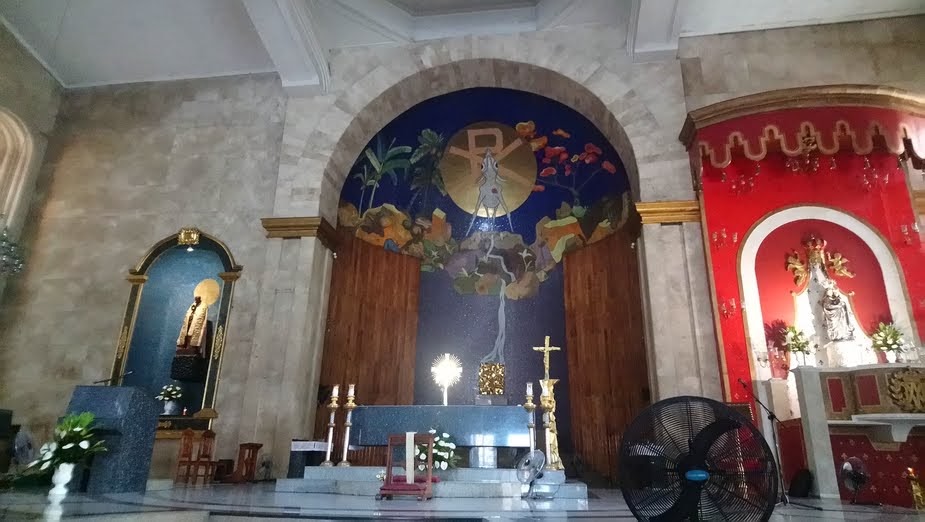 Santa Cruz parish was erected on 20 June 1619. It was recounted that the Jesuits were called to administer the parish primarily to look after the spiritual needs of the growing Chinese population in the adjacent Binondo district. Binondo is located just within 1 kilometer away from the parish and serves as extension of the Chinatown district. 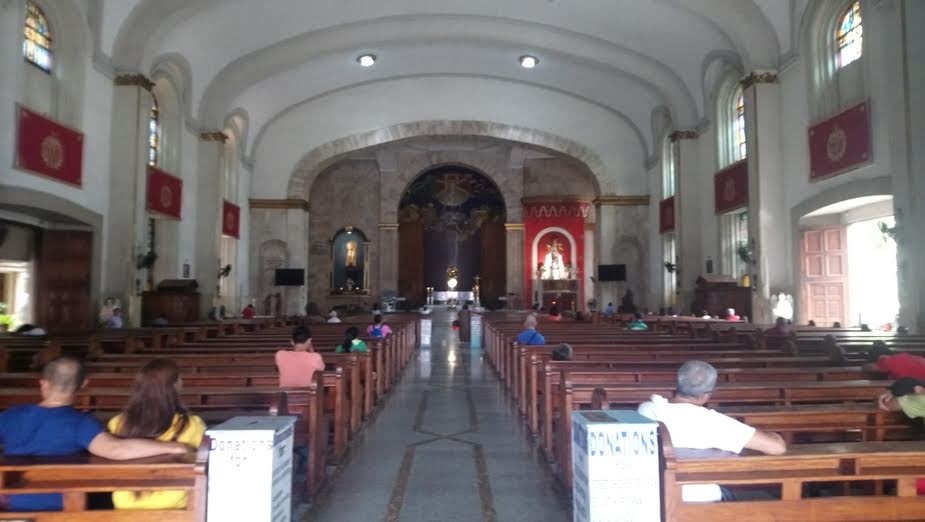 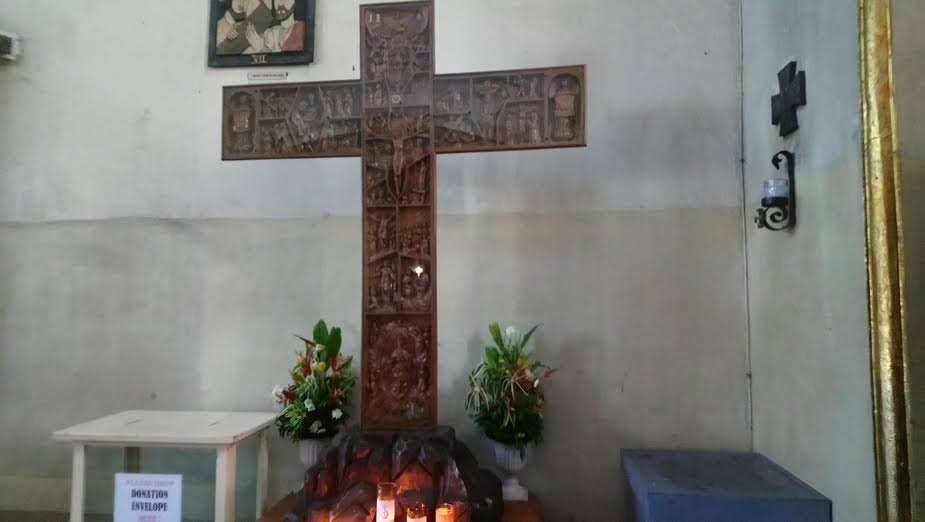 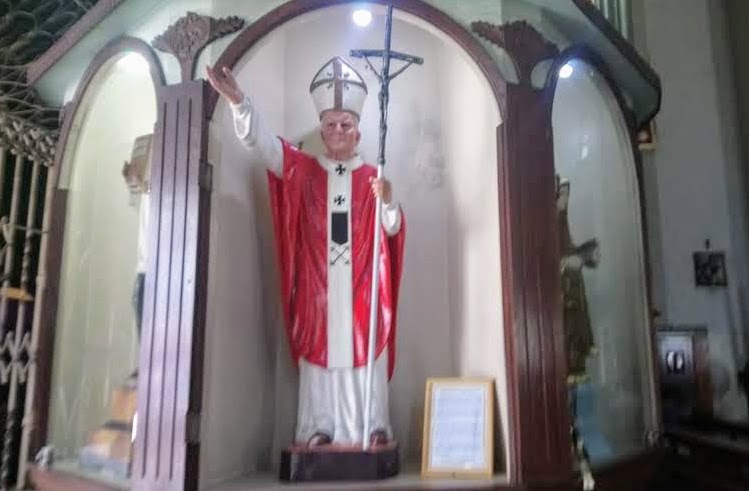 On April 1, 1764 at the ground surrounding Sta. Cruz Church, British commander Blackhouse, surrendered over the keys of Manila to Governor Anda. 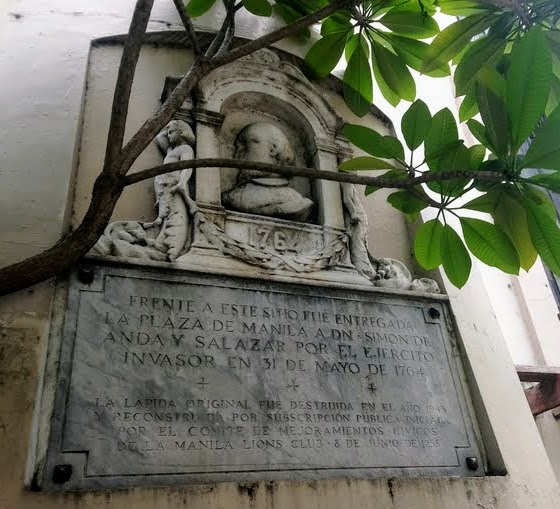 commemorative bust of Simon de Anda installed in June 8, 1958 hidden in one corner of the parish.

The plaque below Anda’s bust are the words: 1764. IN THIS SITE THE PLAZA OF MANILA WAS RETURNED BY THE INVADING ENEMY TO THE EMINENT PATRICIAN D. SIMON DE ANDA Y. SALAZAR. FILIPINAS ERECTS THIS TO HIS MEMORY. May 31, 1764. 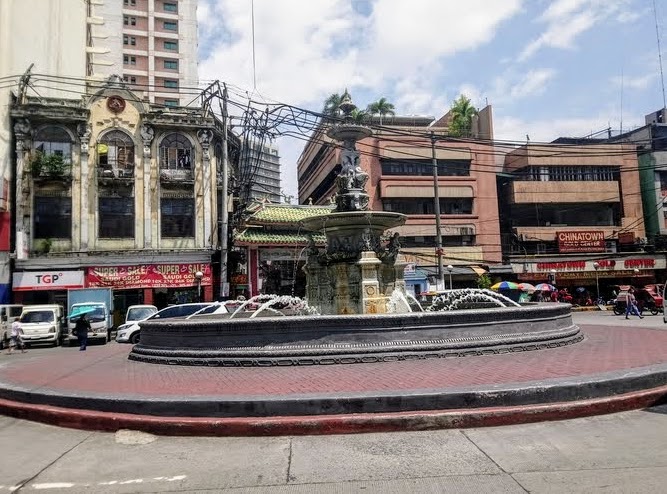 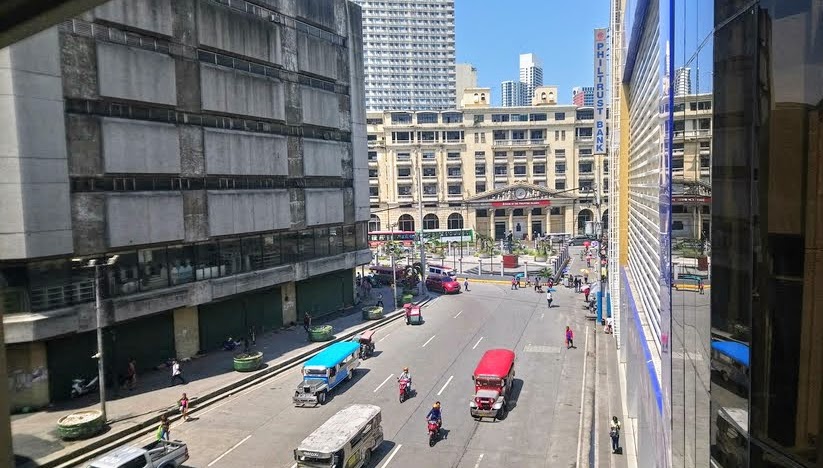 Plaza Lacson aka Plaza Goiti during the late Spanish, American and early republic

The area also had a street car station which is located in Plaza Goiti, while LRT Carriedo station is located just a few meters away.

Towards the mid-19th century, Parish priest Ezequiel Moreno ( now a saint) in October 1880 after being assigned in Mindoro, Palawan and Las Piñas. He became Preacher General, was assigned Parish priest assuming the post in February 1881 until the following year. 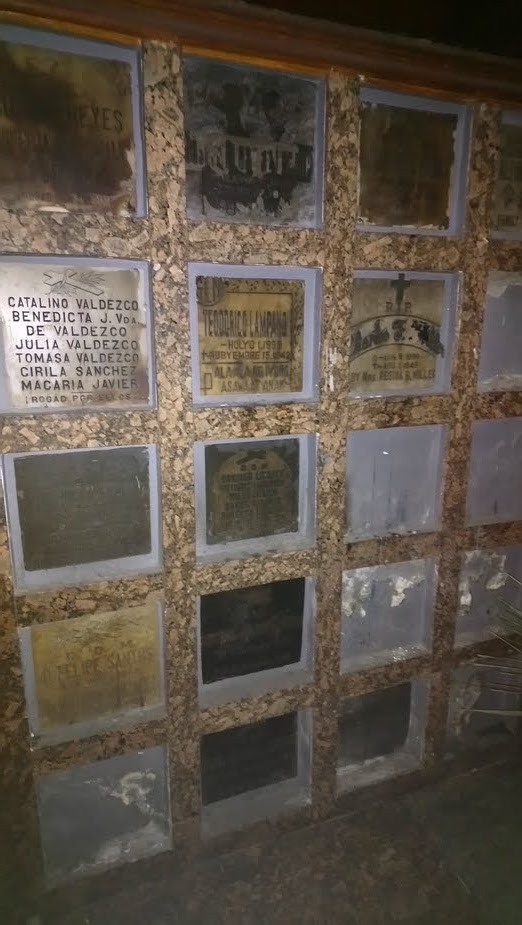 columbary units located within the side chapel

The church was burned to the ground during the last world war in 1945 with only the facade, bell tower and side walls remains. Few artifacts which included the venerated Our Lady of Pillar was saved.

Manila Symphony Orchestra (MSO) under the Austrian conductor Dr. Herbert Zipper, All the members of the MSO were Filipinos except a young violinist, Manuel “Imo” Wilheim, a Jewish refugee. The other was lead clarinetist Earl J. Smith, of the 37th Division Band held their post liberation concert, fund raising and “Thanksgiving” within the ruins of the church. 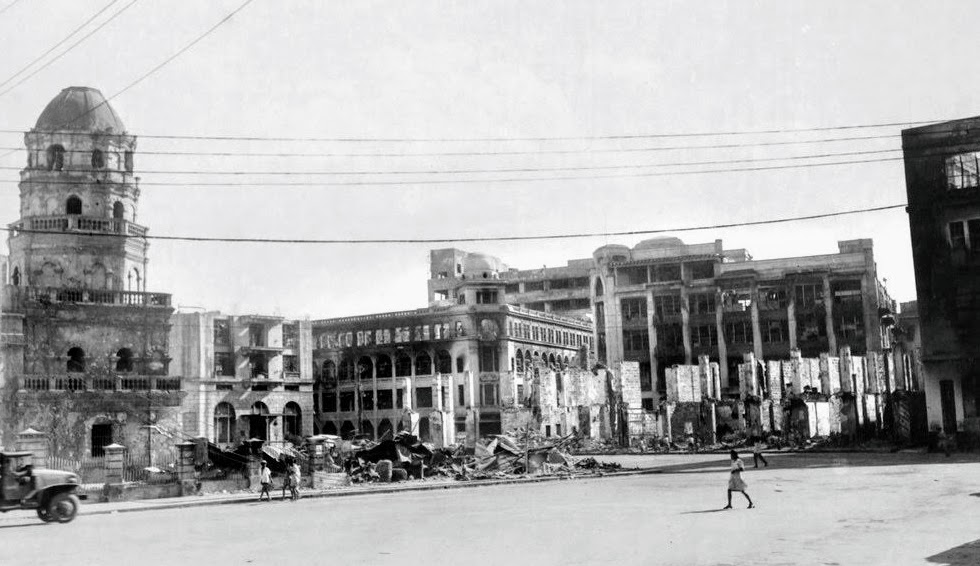 Concert was given in the ruins of Santa Cruz Church on May 9, 1945. Among the attendees included Jean MacArthur, wife of Douglas MacArthur, Philippine Chief of Staff General Basilio Valdes and his wife, and His Grace Manila Archbishop Michael O’ Doherty

A decree issued on 18 December 1984 by the late Arhbishop of Manila Jaime Cardinal Sin reverted the name to Santa Cruz Parish. In the same decree, Saint Peter Julian Eymard was named as the second patron of the parish. 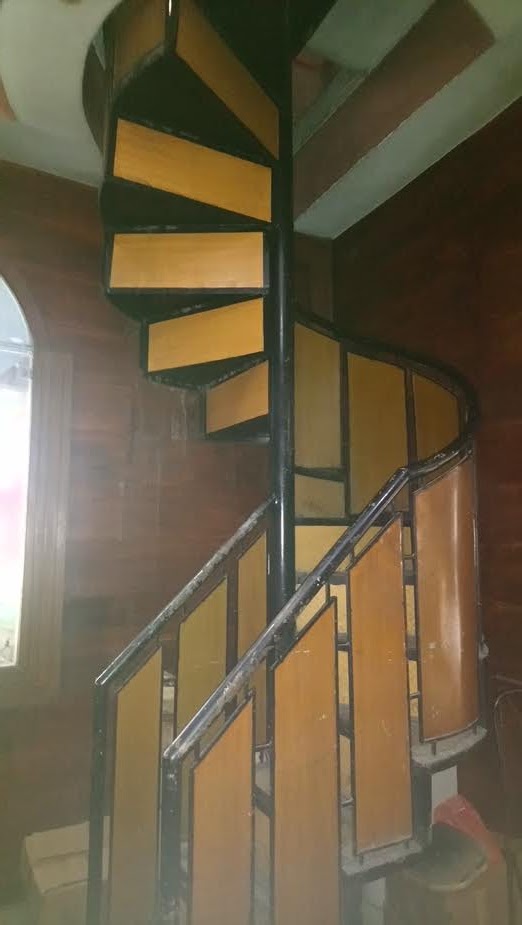 spiral staircase going to the belfry of the church

Santa Cruz church became a center of eucharistic evangelization and adoration and was informally recognized as a Shrine of the Blessed Sacrament. 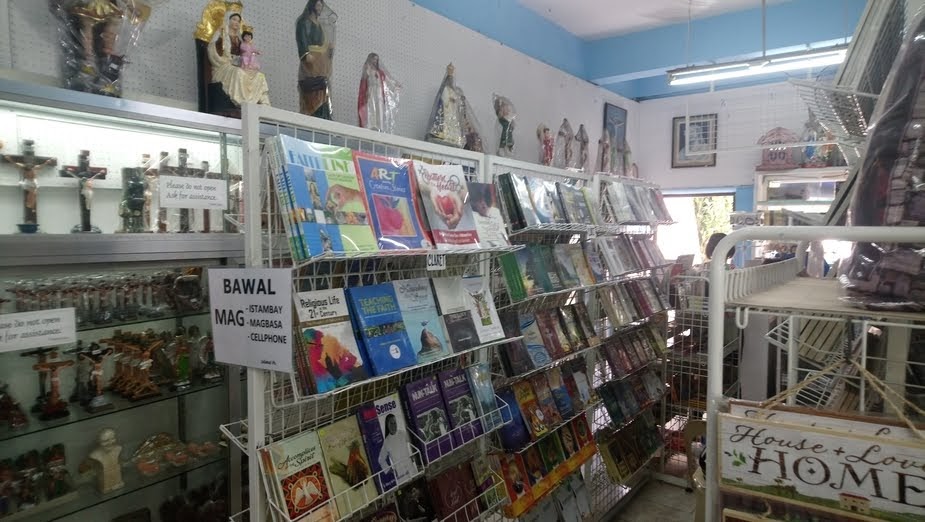 religious bookstore and supplies within the parish

Parish pastoral council launched a year-long celebration of the parish. His Excellency, Bishop Sofronio Bancud, SSS presided over the thanksgiving Mass and the blessing of the jubilee door last June 20, 2019. 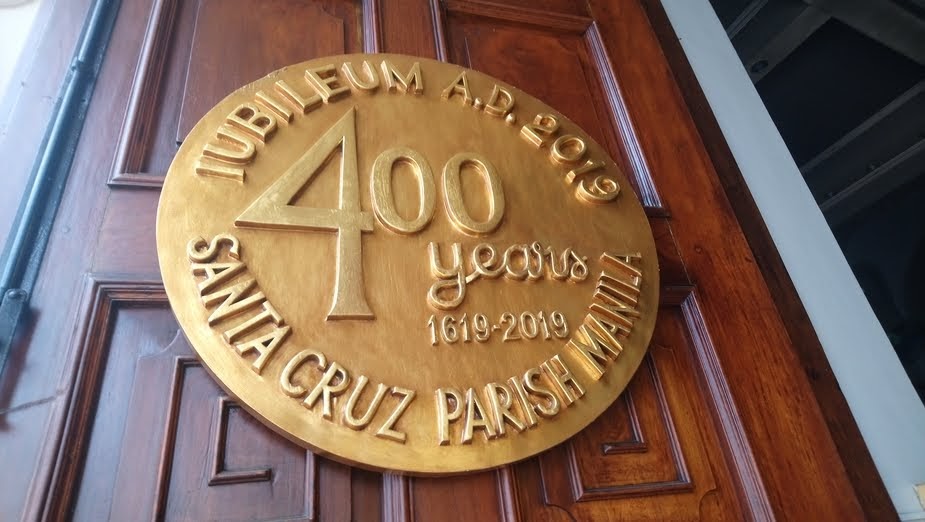 The year round will be capped with the colorful fiesta and several events in which devotees of the blessed sacrament can participate.

It is also worthwhile to those who wanted to help the parish feeding program to coordinate with them, since the parish is known to give indigent community rice porridge “lugaw” and pandesal.