According to Mayor Joy Belmonte -Alimurong, 16 outstanding individuals and five institutions will receive the Manuel L. Quezon Gawad Parangal awards 2019 in honor of their valuable contributions to the development of the nation on October 19 at Areté, Ateneo de Manila University. 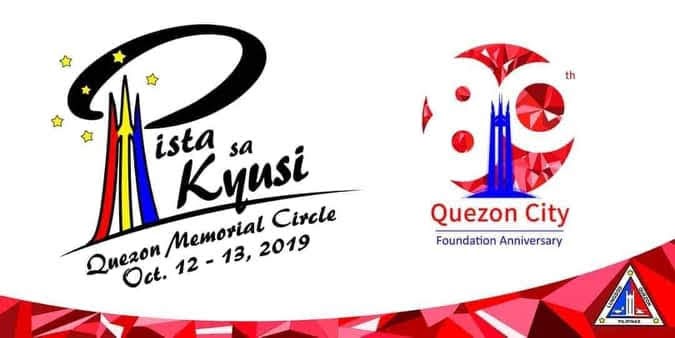 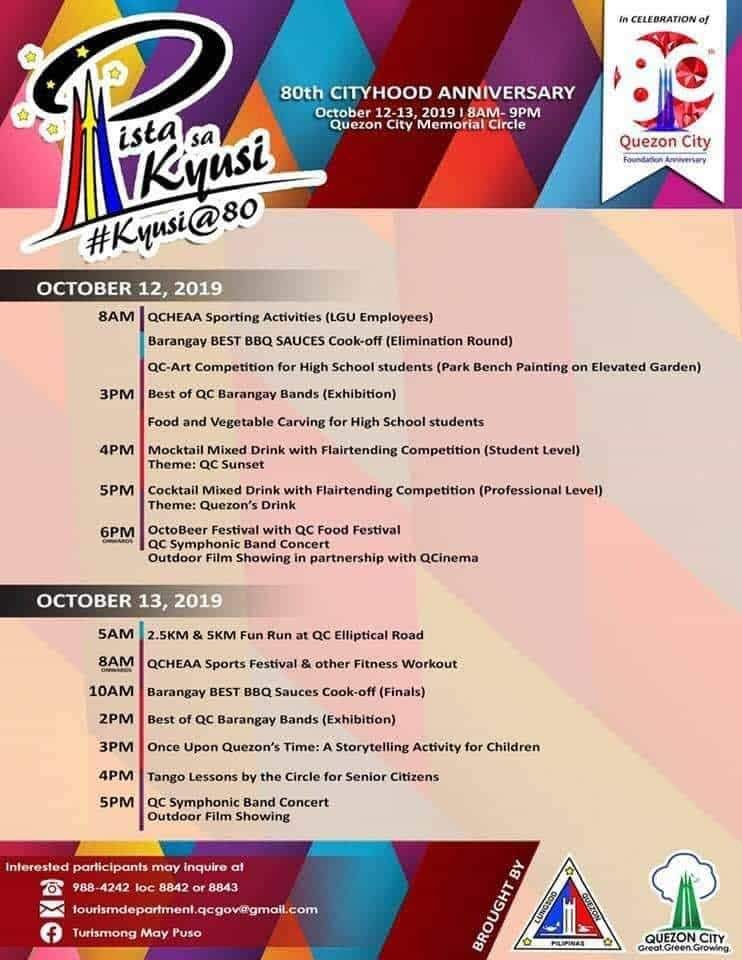 The festivities began with the enthronement of Our Lady of the Most Holy Rosary-La Naval, the city’s patron saint, on October 2 at the Quezon Memorial Circle (QMC).

This was followed by the arrival of the Marian icon at the Quezon City Hall lobby on October 3.

On Philippine Councilors League Week starting October 8, health services will be offered free and on wheels with Health Caravan.

On October 9, the city will host the Talent Night of Miss Earth International at the Quezon City Experience (QCX). An annual international environmental-themed beauty pageant, Miss Earth is a pageant franchise that started in Quezon City in 2001.

Free medical consultation and health talks will be available especially for poor communities as the caravan tour two districts in a day until October 10.

Pista sa Kyusi (#Kyusi@80) will be held from October 12 until October 13 at the Quezon Memorial Circle will be free concert, bazaars, art competition,  sport activities,barangay cook off challenge among others.

The QC Public Employment Service Office meanwhile announced that more than 6,400 job vacancies will be up for grab at the Mega Job Fair on October 8 and 25 at the QC Hall Grounds.

Agencies and companies from different industries such as fast food, manpower, overseas, and call centers will participate in the job fair.

It will be highlighted by the 2.5km and 5km Fun Run that will be led by the QC Hall Employees Athletic Association (QCHEAA) with well-known fitness coach and 2018 Gawad Parangal awardee, Mr. Jim Saret.

In partnership with St. Lukes Medical Hospital, a free medical and dental mission will be available to the public on October 13 at the lobby of the QC Hall.

Celebrating the artistic brilliance of the city, QCinema International Film Festival will run from October 13 to 22.

With the theme “A Rising Wave,” this year’s festival focuses on the strides of Asian filmmakers around the world and recognizes the growing number of women filmmakers joining competitions for documentaries and short films.

Moviegoers can catch must-see cinematic treasures that will be showcased at the festival at partner movie theaters UP Town Center, Robinson’s Magnolia, Trinoma, and SM City North Edsa.

On the third week, two book launchings will take us to the past and back to the contemporary time.

“The City with a Soul” book will be launched first on October 15 at the Quezon City Experience (QCX).

Written by Dr. Luisa T. Camagay of the University of the Philippines, the book tells the history and documents the journey of the city envisioned by the late President Manuel L. Quezon as “a city with a soul.”

It was an offshoot of data-gathering originally done to provide materials for the establishment of the city’s museum now known as QCX.

This will be followed by the launching of “Quezon City Food Journal” on October 19 at Eastwood Mall Atrium.

It is a compilation of stories of successes as well as the humble beginnings of 40 proudly QC restaurants and food purveyors that originated from the city.

October 30-31 at the Smart Araneta Center – there will be a hackathon with the Philippines is set to break a Guinness World Record as we solve world problems through an ethical hackathon led by Impact Hub Manila and all its partners.

One thought on “Big Celebrations at Quezon City’s 80th anniversary”