It is just 35 days before Christmas. Got a chance to arrange a couple of family memorabilia tucked in one corner. 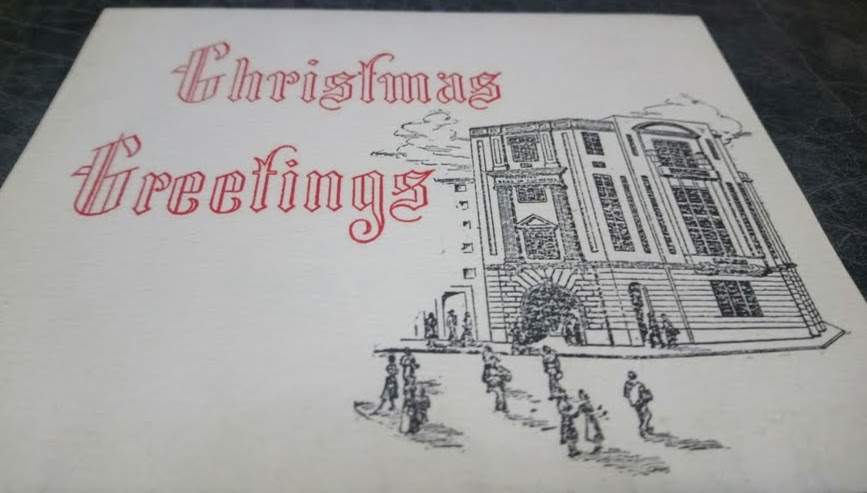 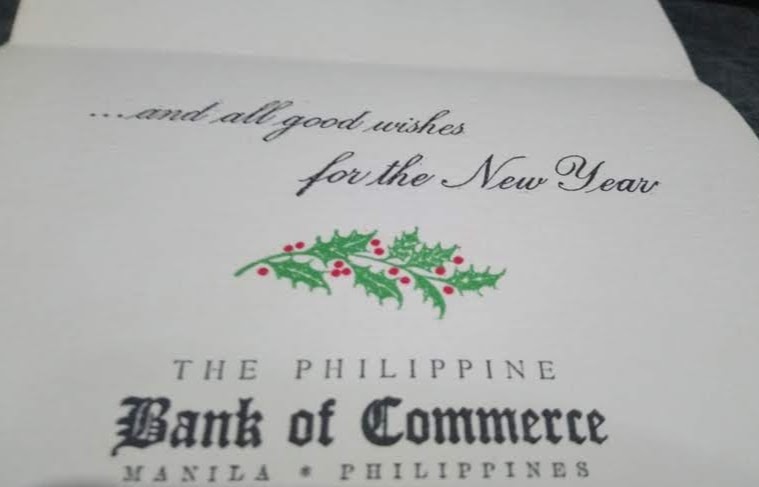 only few Christmas greeting cards were kept which dates back earlier than 1950’s. Most were destroyed by two fires which gutted most of the memorabilia and other items during the war and in the late 1960’s. Some where thrown away, while others were eaten by termites. 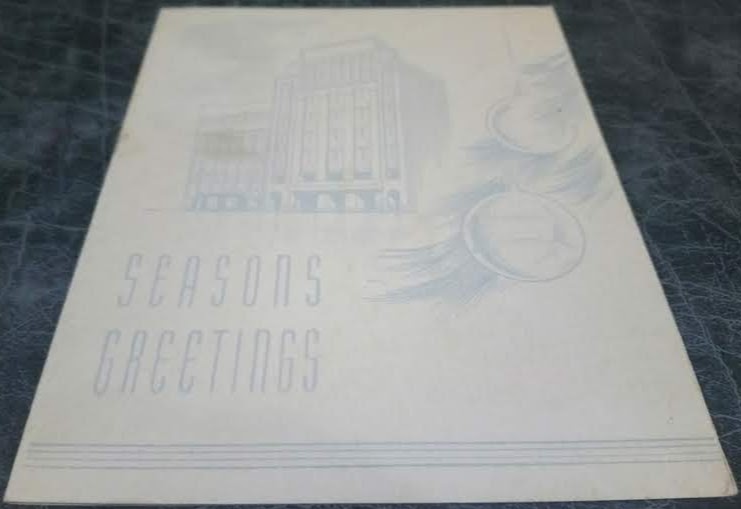 obverse side with Season’s Greetings and building 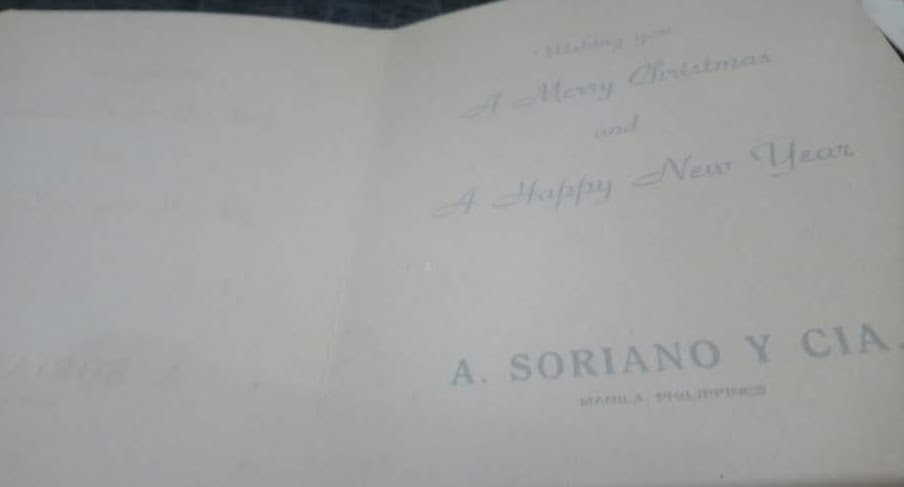 Sending Christmas greeting cards and postcards were normal way of greeting clients, friends, family members from all over the world. Unfortunately, with the advent of internet and social media age, fewer people even dare to send this traditional way of greeting. 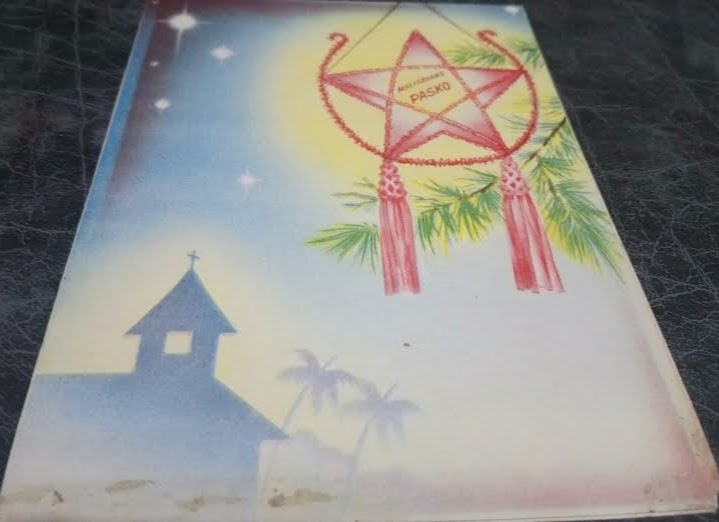 They think that it was expensive and crude-some to send someone Christmas greeting cards. Some may not even arrive on time, while other may lost in transit. 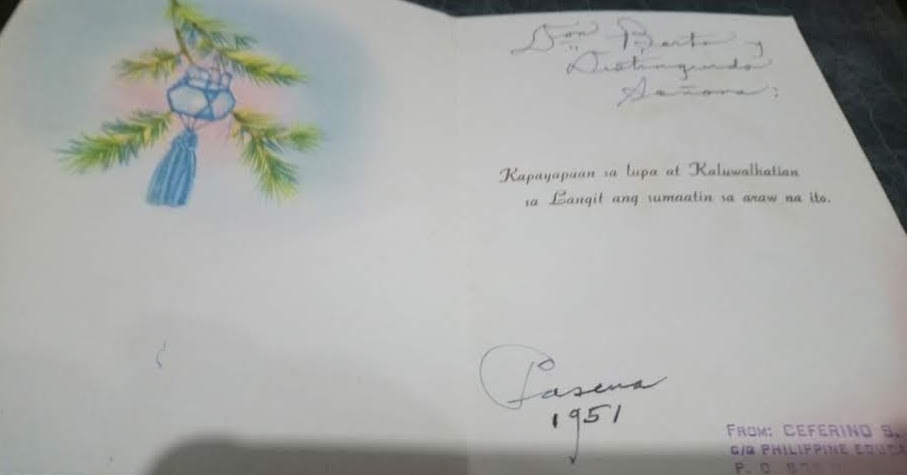 with handwritten message and a generic type written greeting

This is one of the early Christmas greeting card printed in the country. The greeting card was address to Lasena in 1951 by Mr. Ceferino S. Reyes c/o Philippine Education Company P.O. Box. Manila.

The lithography was made by Carmelo and Bauermann, Inc. Exclusively for Philippine Education Co. Inc. 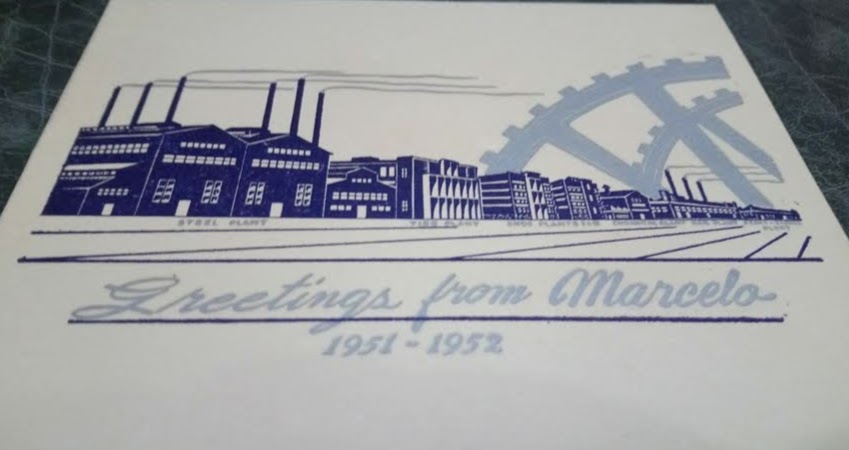 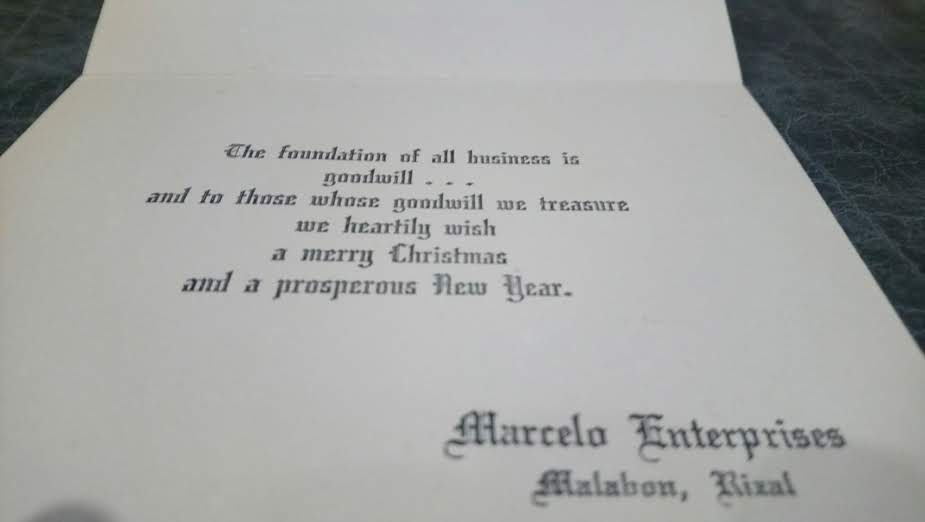 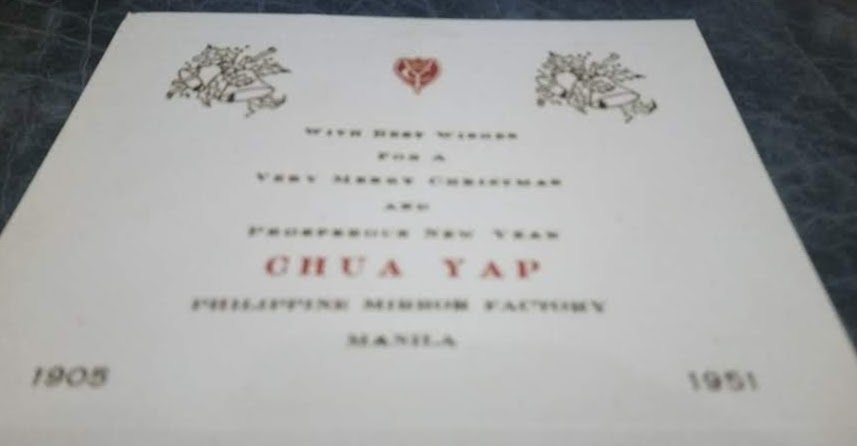 It was middle part of the 19th century when sending Christmas greeting cards became cheaper with printing cost and distribution went down.  Most of the greeting cards were printed in  Great Britain, United States of America, Germany, Spain and France.

The greeting cards that were available in the country were sold in Escolta, bookstores and bazaars in downtown Manila.  It is quite rare to encounter Christmas greeting cards or postcards printed in the country before the 1930’s. Most were imported from other countries, particularly the United States, Great Britain or Spain. 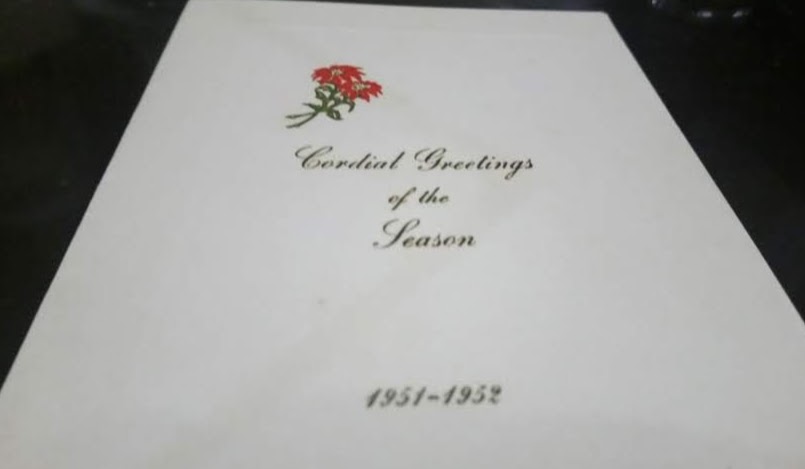 People would prefer imported Christmas cards since it had nice color and had a glossy finished.

from P.E Domingo Inc. which had their office in 13 to 15 Escolta street, Manila

It was only during the early 1950’s when some big corporations, politicians and rich families started customization of Christmas postcards or greeting cards printed in local printing stores or publishing companies.

They would be send via Bureau of Post or personally handed the card to the recipient.

Wide variety of materials were used in printing of Christmas postcards like photo-paper print which depict some tourist spots. 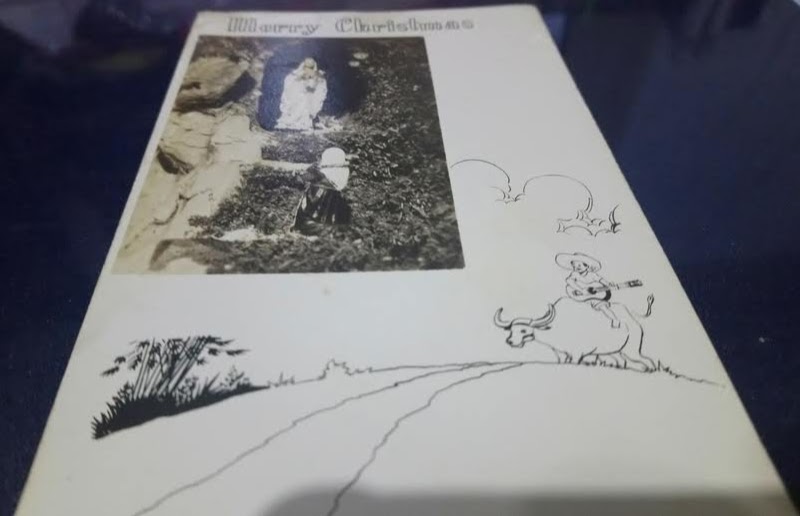 I also got a few Christmas postcard from an online friend base in Laguna province. Her grand uncle use to have a private printing press in Quezon City. The uncle collects a couple of old photos, postcards, stamps and Christmas greeting cards send to him by his friends and clients.

The Christmas greeting cards featured were between 60 to 68 years-old. Other bookstores would follow the trend and popular Hallmark greeting cards would become common in the following decades.

By purchasing some of these well-known postcard or greeting cards, one can help a child or a community. Plus the value of collecting these items will surely bring nostalgia and cherishing effort.