Rizal Memorial Tennis Stadium is a complex of sports facilities built during for the hosting of the Far Eastern Games in 1934. The sporting event is the precursor of today’s Asian Games. 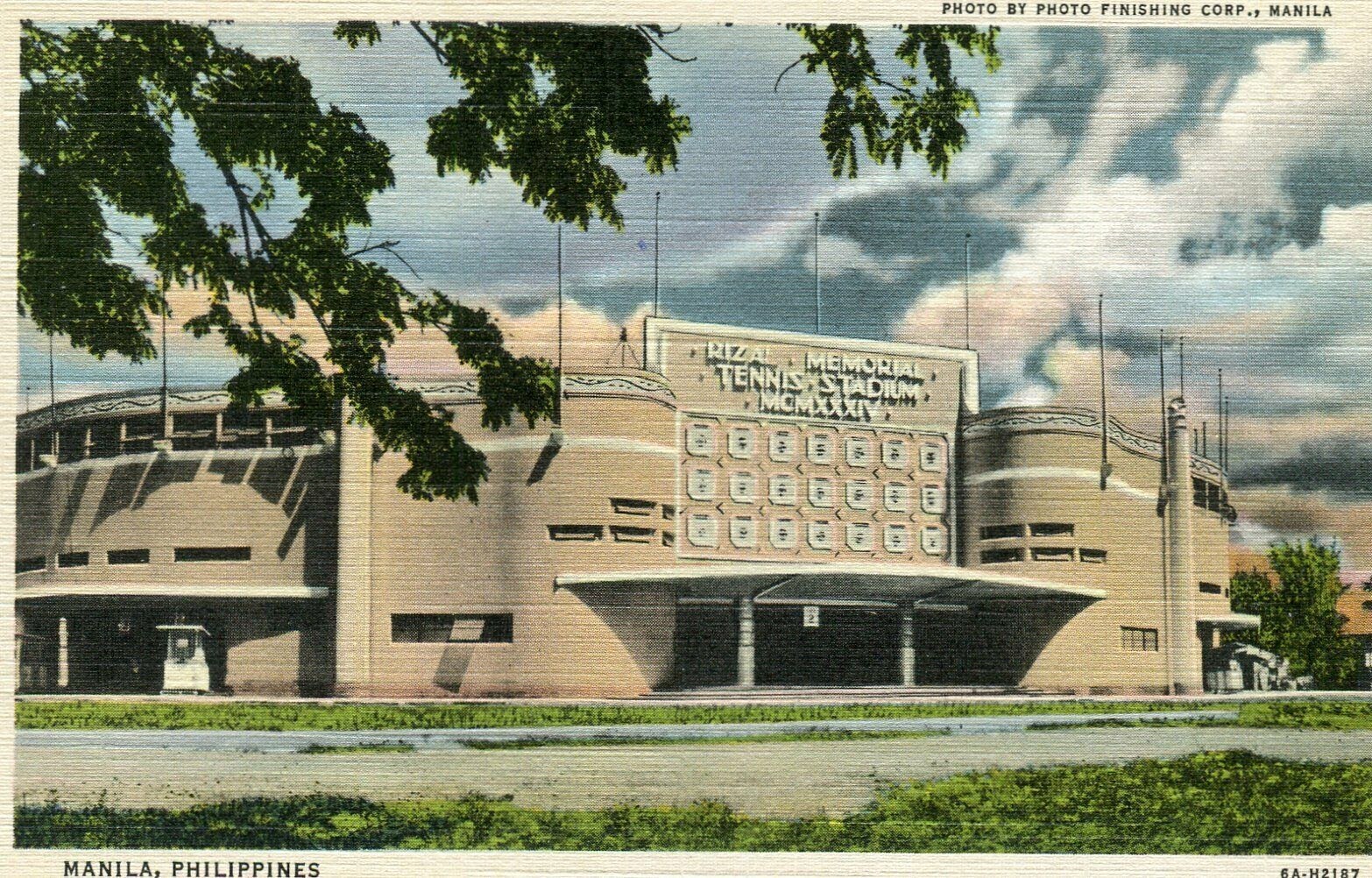 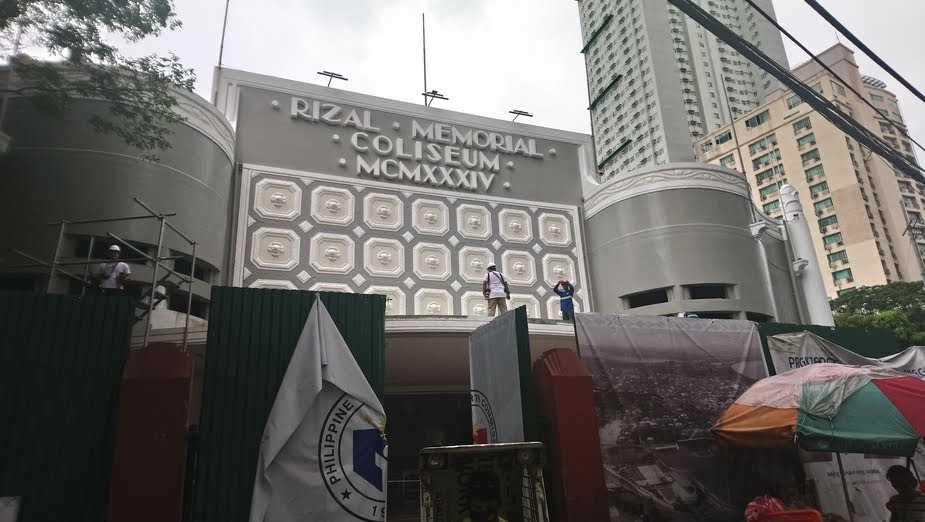 The area in which the current sport complex stands which also included the Harrison plaza and adjacent area were supposed to be a park or green area according to the architectural masterpiece by Architect Daniel Burnham. However most of the planned green space or zones were not properly executed. 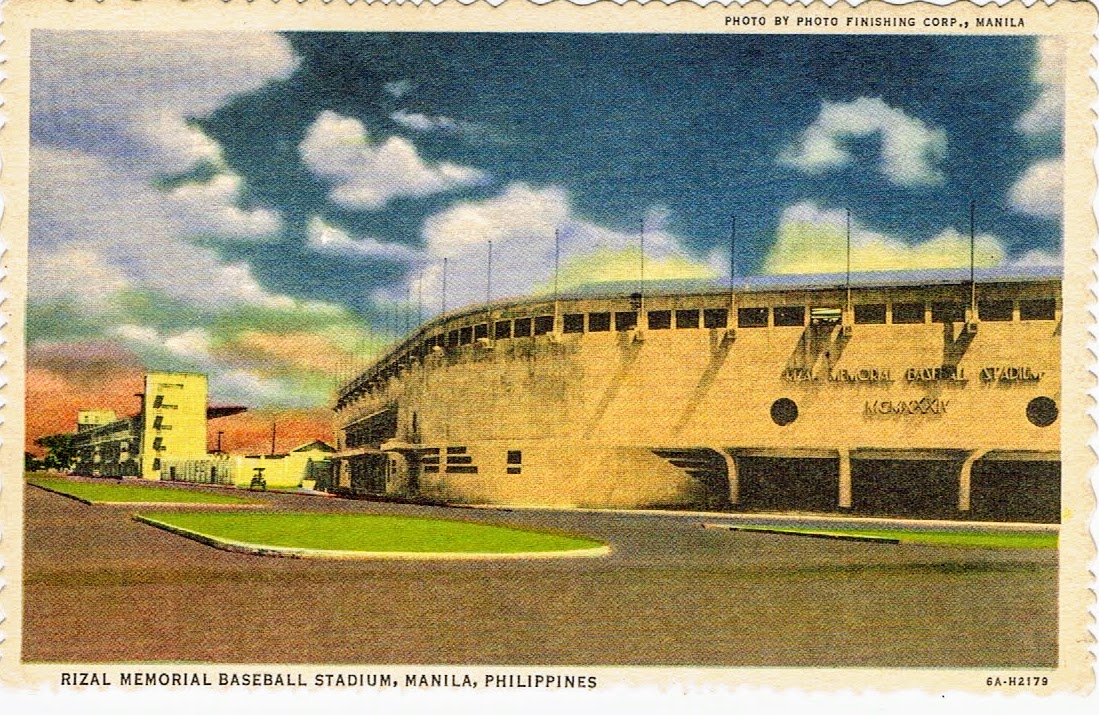 Currently it is located along Pablo Ocampo St. (formerly Vito Cruz St.) the Rizal memorial sports complex  was built was donated by the family of Vito Cruz. 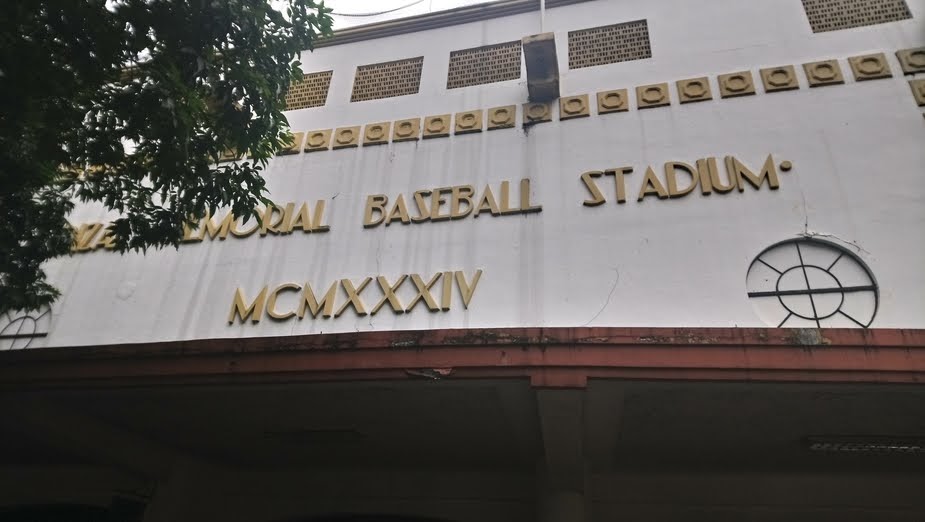 A total of four nations (China, Dutch East Indies, Japan, and host Philippines) participated in a total of eight different sports. The event also highlighted the 10th anniversary of the games.

While the first baseball stamp in the United States was issued 5 years later in 1939, commemorating what was believed to be the centennial anniversary of the introduction and invention of the baseball in Cooperstown, New York in 1839.

The stamp were issued on April 14, 1934. All the three set of stamps were designed by Fernando Amorsolo ( future national artist for painting in the Philippines 1972) and printed in panes of 50, ( either 5×10, or 10×5) depending upon whether vertical or horizontal format of particular stamp) by Philippine Bureau of Printing with perforated 12. No watermarks.

2 centavos- yellow-brown 9 baseball players) -971,414 pieces . There were some color and printing varieties which old catalogs categorized them into U160a,b and c.

6 centavos ultramarine ( tennis player) -800,000 all shades of color. This also comes with 3 color and printing varieties. 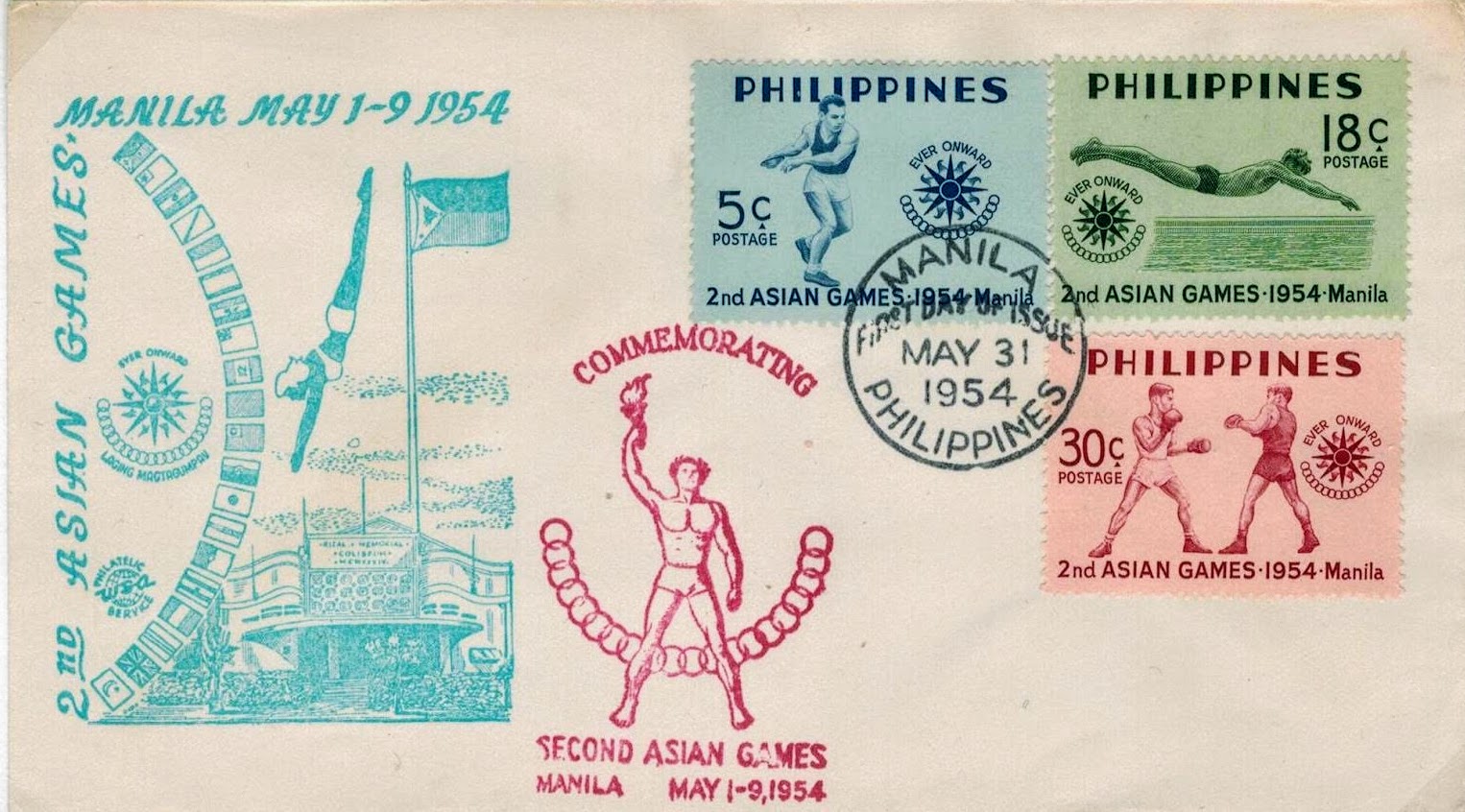 2nd  Asian Games from May 1 to 9, 1954 first day cover with Rizal Memorial Tennis Stadium on the left cache design.

Postcards were popular method of promoting local tourist spots and man- made structures.

The postcards were printed in the United States and sold in bookstores in the country.  Architect Juan M. Arellano which designed the structure following the Art Deco and Streamline modern design. Some parts of the tennis court look like steam rudder of ships and train parts. Geometric pattern can also be seen in walkways and lobby of the stadium.

Ships and trains were some of the fastest form of transportation way back then.  It is good that the historic sports complex is getting a new lease in life. These stamps, postcards and first day covers issued to commemorate Far Eastern Games and Asian Games were celebration of our nation’s sports heritage.

Palmer, F.L. The Postage Stamps of the Philippines. New York 1912