Tarjeta Postal or postcards were issued in the country during the reign of King Alfonso XII of Spain ( Reign from December 29, 1874 to November 25, 1885). These are the considered as the first postal stationary or postcards in the country. 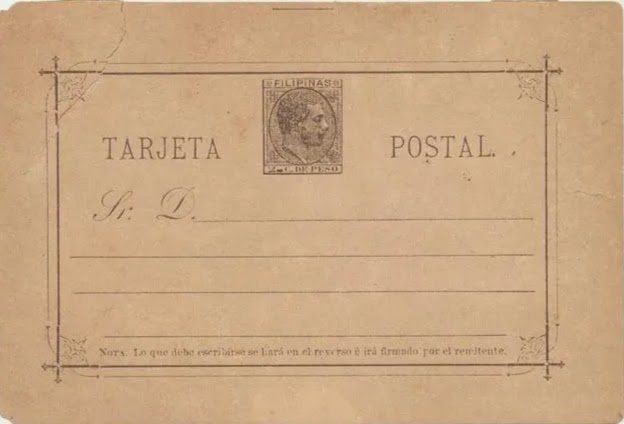 It was in 1878 that the postal card was introduced in Cuba, Philippines and Puerto Rico. The use was sparse, though, and used postal cards of the early years are exceedingly uncommon.

The first postal card was issued on September 1879, 3 centavos de peso value surcharged on an earlier but unissued 50 milesimas card.

In 1880 U.P.U. postal cards were printed in Spain for use in Cuba and the Philippines to take advantage of the new treaty. Puerto Rico got their issue in 1885.

The benefits provided by the treaty included:

1.) There should be a more or less uniform flat rate to mail a letter or postal card anywhere in the world.

2.) postal authorities should give equal treatment to foreign and domestic mail; and

3.) each country should retain all monies it collected for international postage

However the postcards were printed from 1879 to 1885. Then another batch of Tarjeta Postal was issued during the reign of King Alfonso XIII. 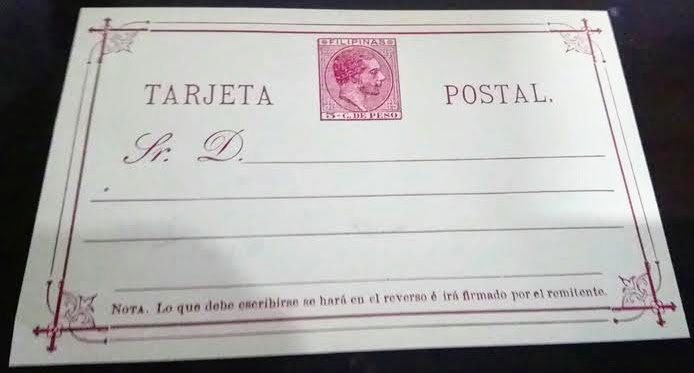 Inscription:” Sr.D. ” ( Senor Don or Mr. Sir ) is the title before the name and address