The new set of coins will be available starting first quarter of 2020, Some of the features had improved because of some confusion brought by the new coins in circulation. Some of them were almost the same size with the old coins. 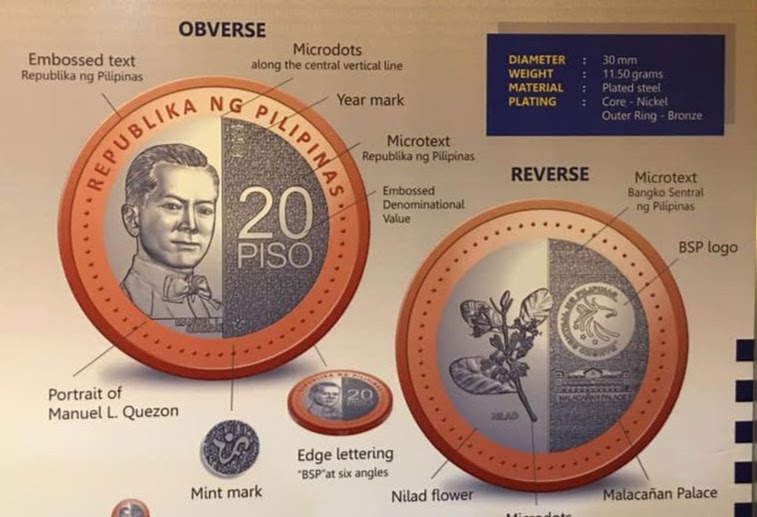 1.) The P20 coin takes the place of P10 as the highest denomination in the central bank’s New Generation Currency coin series.

2.) It retains most of the elements from the banknote version, with the face of Commonwealth-era President Manuel L. Quezon on the coin’s front side.

3.) The P20 coin also features the design of the Nilad, (Scyphiphora hydrophyllacea) a mangrove tree in which the name of Manila is believed to have come from. This is in accordance with the designs of the coin series that displays native flora on the reverse side.

4.) The reverse side features the logo of the BSP and the Malacañan Palace, the country’s seat of power.

5.) The new coin also has microprint and an identifiable edge that make it difficult for counterfeiters to replicate. 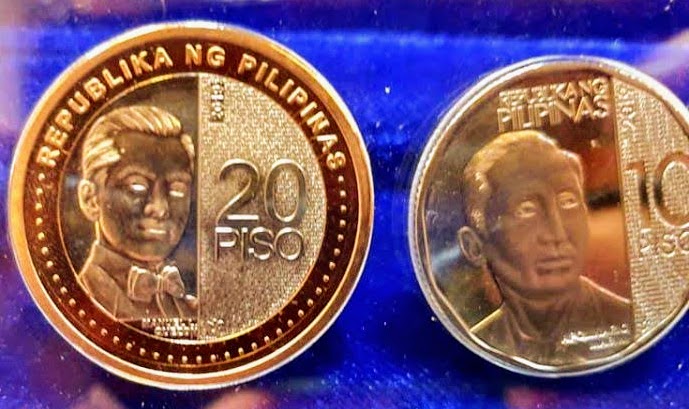 7.) It would take between 10 to 15 years before the Php 20 coin be worn out compared to banknotes, which takes between 3 to 6 months for the banknote to get worn out.

8.) It also cited a research study conducted by the University of the Philippines which revealed that P20 is the “most-used denomination for payments across the country,” according to BSP authority.