Postcards used to be commonly sold in almost all bookstores, public market, school supplies outlet, museums, post offices in many parts of the country.

National Bookstore still boast of having some postcards for sale, but not all their branches would have postcards. Compared 10 to 20 years ago, shopping postcards is getting hard in the country. 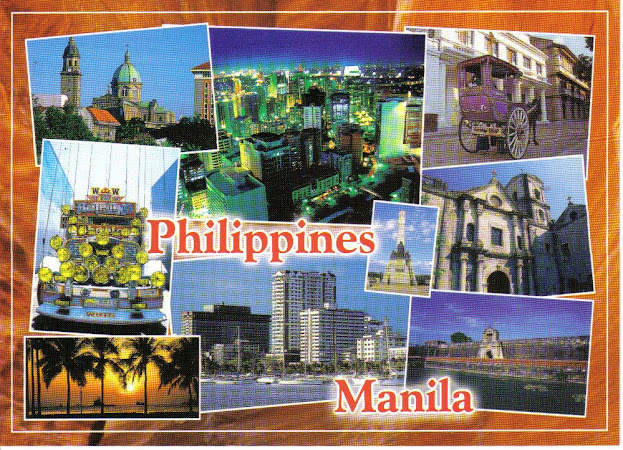 For collector looking for personalized postcards, There are some artisanal postcards which are self published and can be bought in specialized event like Manila International Book Fair, Toy Convention, Best of Anime, Noel Bazaar, Escolta Market, Travel Expo. While some school fairs like those in University of Santo Tomas ( Sinag Bazaar) and University of the Philippines have some student sellers. 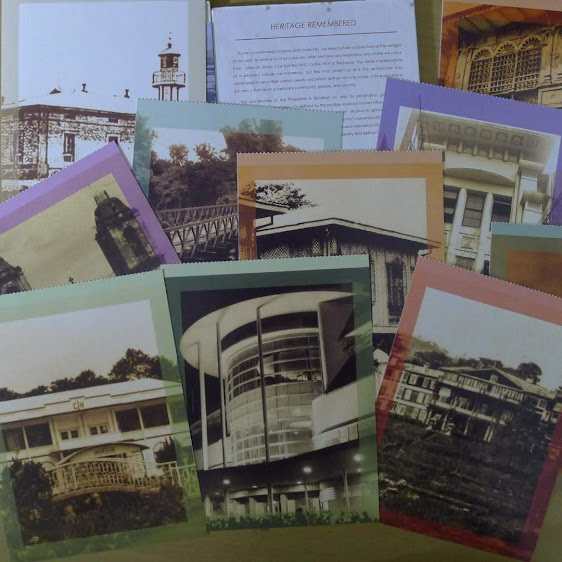 There were other groups which issued calendar postcard series like Heritage Conservation Society in the middle part of 2000’s, While Philippine Native Plant Conservation Society Incorporated (PNPCSI) also issued their own native plant and trees series. The table calendar can be used for 12 months, the postcard can easily be detached and used for mailing, framing or scrap book. These type of calendar postcard series were printed on a limited quantity ranging from 500 pieces to 1,200 pieces per series.

PNPCSI  in joint partnership with Rain Forest Restoration Initiative only printed calendar/bookmark during the 2019- 2020 edition, thus was not able to buy the calendar.

Some of the so called postcards sellers do not follow the simple guidelines set by Fédération Internationale de Philatélie which is the authority for postcard guidelines and quantity regulation. This could post some problems for postcard exhibitors which have bought postcards issued by artisan,then entered them during FIP or FIAP sanction exhibition.

1.) National Bookstore – NBS still carry some postcards, but not all branches would have postcards especially NBS Express, which only carry school or office supplies. It was a different story from the mid-1950’s to early part of 2000’s where hundreds of designs were printed and sold to the general public. They also issued map postcards. 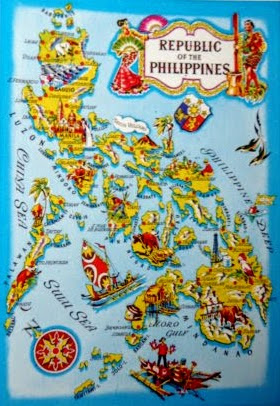 2.) Papemelroti – This is one of our fave place to buy some postcards, They were one of the first commercial stores which issued the shaped postcards. I would visit the Roces branch of the store. Postcard prices would start from Php 5.00 or Php 6.00.

3.) Goodwill Bookstore– Goodwill bookstore used to have a wide array of postcards.

There were two Japanese professional photographers which the company hired in the late 1960’s toured the country to feature interesting landmarks and places. Majority of  were issued between 1967 up to early 1980’s. The postcards were printed under Madonna and JMC Press.

Some of their postcards series were highly collectible, especially those which featured famous landmarks like Luneta, Manila, Philippines Dances, Intramuros and Orchids. They also issued lenticular postcards or 3-D postcard types which were big fancy among collectors.

Unfortunately, managed to collect at least 70 postcard designs before their store closed down few years ago in San Juan. According to some postcard collectors, Goodwill bookstore carried at least 150 known designs issued before. Some of the postcards were already sold out during the mid-1990’s and were never reprinted.

The bookstore sold cheap postcards printed by Roscar and local printers.These are far lower quality postcard compared to the issued by leading bookstore. Price ranges from Php 3.00 to Php 5.00 per postcard. The bookstore also carried some stamp album and collectible stamps.

5.) The Bookmark Inc. – The publishing company also re-printed vintage postcards which were classified into themes like fauna, vintage landmarks, people, anthropology and children’s painting in the mid- 1990’s. However the selection is quite limited. During the last MIBF 2019. I saw that they sold some postcard packs at their booth.

6.) Pandayan Bookstore– This bookstore started in 1993 and still carry some postcards. Compared to the ones issued by Merriam Webster. The postcards issued by the bookstore have some quality. But not all branches would carry or sell postcards. One example is in Araneta, Cubao which only carried greeting cards. The bookstore had about 130 branches all over the country.

6.) School Supplies and Wholesalers – If you are looking for cheap postcard, Try to scout school supply wholesalers in Divisoria, Juan Luna street or Santo Cristo area. However the quality is quite inferior compared to the ones being sold by the other bookstore. Another downfall is that you need to buy per pack which may be about 100 pieces per design.

7.) Island Souvenir– Island souvenir started in 1992 and based in Cebu.  They have some branches in Metro Manila.

8.) Silahis, Paper Toile, Casa Manila along General Luna street, Intramuros- For those looking for the general tourist postcard, one can buy tourist postcards from tourist shops. Selection is quite limited. Paper Toile recently opened a stall in First United Building in Escolta street, but does not carry any postcard. 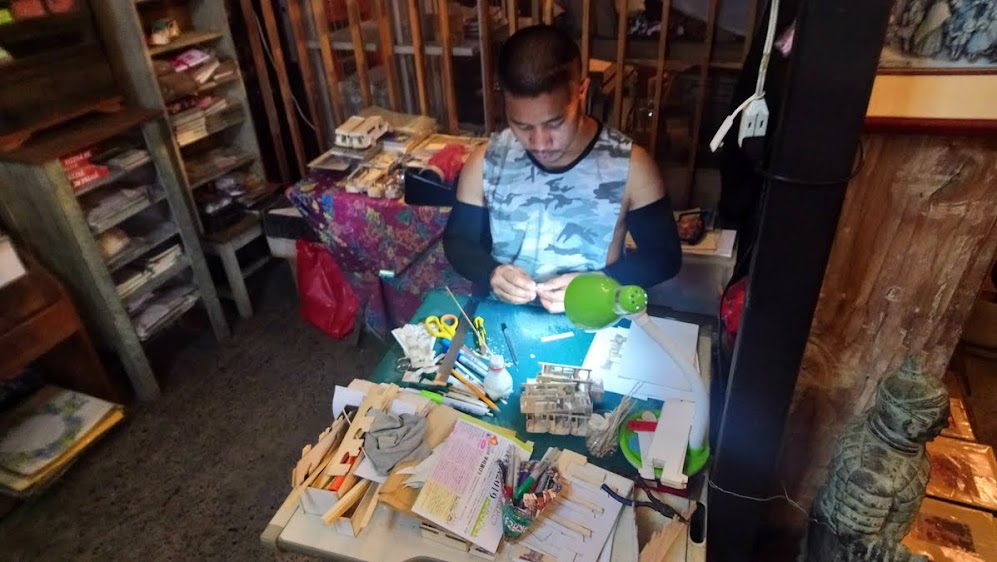 9.) Sterling – Sterling used to have postcards distributed by Expression and other smaller bookstores.  I have visited their office a couple of months ago and they did not carry any postcard. According the the sales person, The company cease printing postcards for the past couple of years. A fellow postcard collector, told me that there were still resellers of Sterling postcards in some parts of the country, abiet rare. 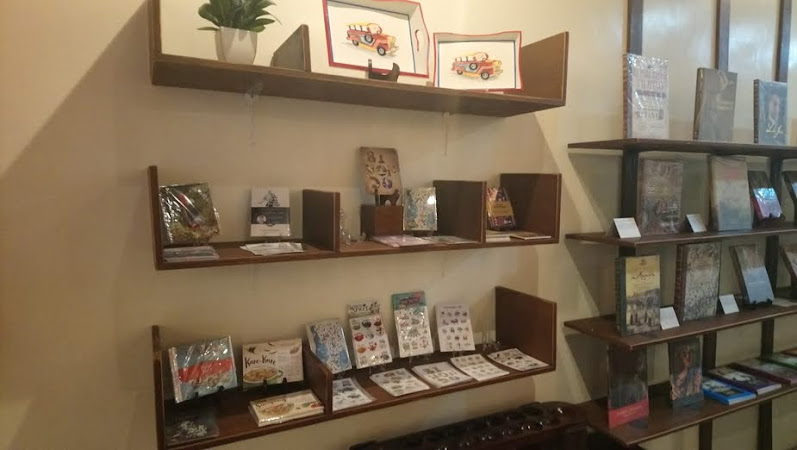 10.) Museums– A good place to shop some postcards or note cards were the limited edition printed by local museums. Museums like the Blanco family museum in Angono, BenCab Museum in Baguio would also carry some note-cards. Lopez Museum in Pasig used to have some postcards series printed before. Bahay Nakpil in Quiapo, Bahay Tsinoy in Intramuros, Chinatown Museum, also printed some postcards. Some of the postcards were eventually given away during their open house few months ago. 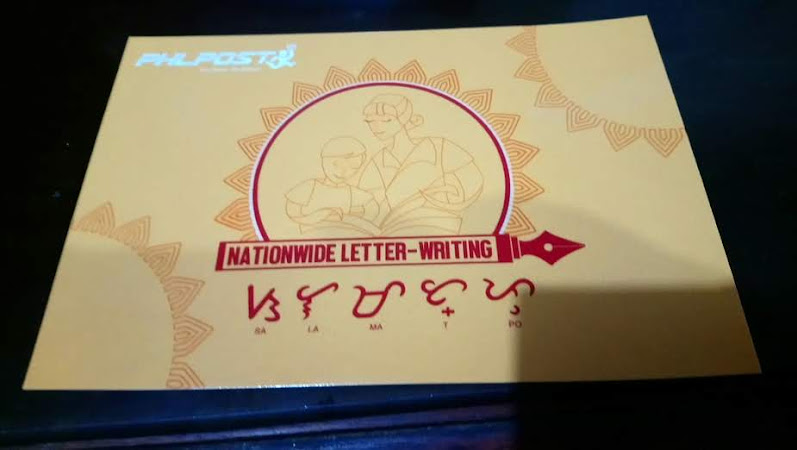 12.) Philippine Postal Corporation– PHLPOST issued some postcards thru the years in partnership with other government institutions like National Historical Commission of the Philippines (NHCP) , Department of Tourism (WOW Philippines postcard),Department of Education ( DEPED). These are highly collectible and the last postcard issuance by PHLPOST was in October 2019 which marked the 150th anniversary of postcard.

13.) Other government and private company issuance- Some government agencies issued limited postcard series and at one time, Philippine Airlines, PAN-American Airlines those engaged in the travel business were active issuing postcards ( as part of the extensive marketing and promotion).  I got some postcards issued by Philippine Airlines, PAN-American Airlines,Japan Airlines, Intramuros Administration. Manila Bulletin also issued postcards few years ago in partnership with PHLPOST for the annual letter writing.

14.) Pinspired – Postcards and Collectibles – I met Ms. Erika Jacolo who is the Manila band ambassador of the company. The company is based from Dumaguete City. They also have some postcard for sale in some museums with slightly higher marked-up.

16.) Hotels and Resorts – Manila Hotel and other resorts would have a souvenir stores or gift stores located within their premises.  A friend who works at the Manila Hotel told me that a big size postcard cost Php 540 a piece. Another friend gave me a postcard when they stayed in Makati- Shangrila.

18.) Do It Yourself Postcard – There are some postcard collectors who would make DIY postcard, my friend Mr. Philip Reyes makes handmade crochet postcard and send to thematic collector around the world. One can buy blank postcard from Papemelroti. One can paint or draw from the blank postcards. 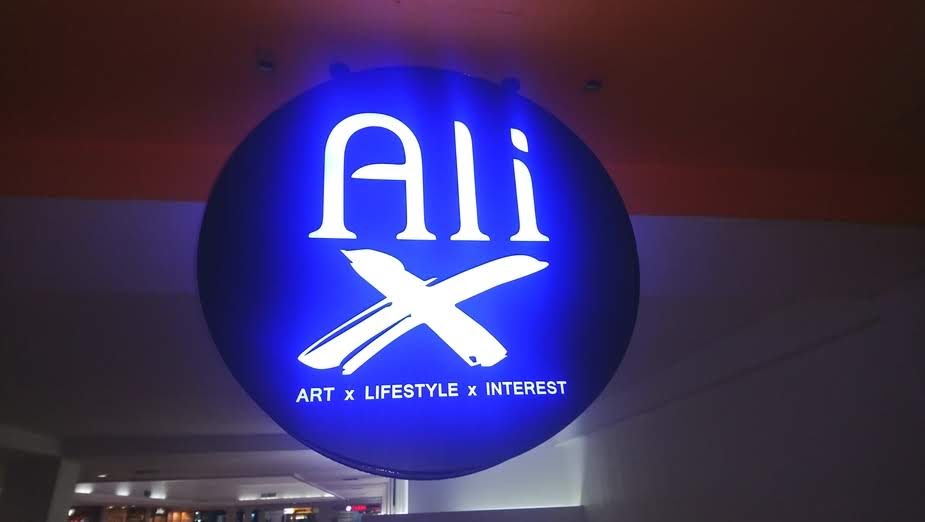 19.) Thrift Shops– There are several thrift shop outlets like in Kamuning, Cubao Expo, ALI-X, Ermita, Malate, Makati, Pasay, Baguio which sells vintage postcard. These stores cater to postcard collectors and majority of the postcard for sale were used.  Postcards have handwritten notes, stamps and postcard marks.

The prices may vary from one thrift shop to another. Some allow haggling, while others will not allow. Prices start from Php 25 for a small postcard to as much as few hundreds of pesos for the vintage ones.

20.) Stamp Club and Collecting Club – There are different stamp and collecting clubs which meets on saturday or sunday on a specific time and place. Some would meet in Manila Central Post office like Philippine Philatelists and Collectibles ( third saturday) APO ( first sunday ) and Filipinas Stamp Collectors’ Club ( third sunday).

I think all stamp club meetings or bourse are open to the general public. Postcards sold during the meeting or auction are mostly used. Coveted by collectors, these items cannot be send to new postcard collectors.

Remember that there were still some collecting club are exclusive membership and strictly by invitation only.

21.) Coffee Shop – Some coffee stores gave away promotional postcards, We would consider these as advertising postcards.

23.) Postcrossing PH members – During a recent eyeball held last February 29, 2020, some local postcrossers printed some collectible postcards. I do not know if they are still available, What i know is that these are pre-ordered in advance. Ms. Jona Saavedra Panesa ( rabbit design ), Ms. Ruth Jacob ( blue heart), Ms.Venus Fortuna( Adarna bird ) Chinese Goddess by Ms. Rena Dylux from Beijing China. 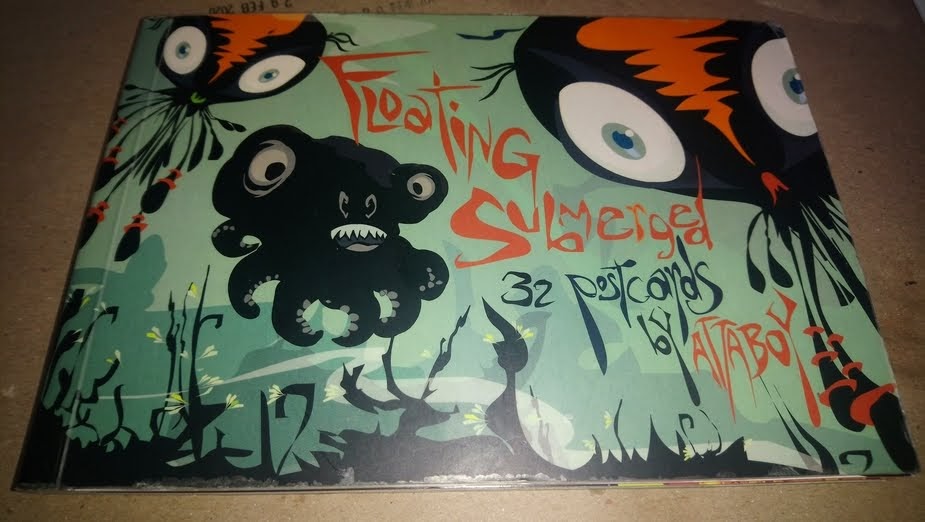 24.) Thrift Bookstores – Second hand bookstores like Book For Less or Book Sale sometimes carry postcard books, These are printed in the United States or Europe and postcards can be detached and use for general mailing.

Some are reproduction from well loved vintage postcards, while others are from China. One must be careful in buying postcards especially those from China or in bulk. There are people who ordered paying them using their credit card or even cash but the postcard did not arrive.  Try to factor local shipping rates and other taxes when buying postcard online.

These are just the few internet sites or places where one can purchase some postcards. It is better to ask around for those that were not listed in this short list. But small bookstore around the provinces would still carry postcards.

There were also some small and medium size art and fancy craft supply outlets which print their own line of postcards series.