TernoCON 2018 open with a big splash in the activity area of SM Clark field in Pampanga province. The terno exhibit covers 28 finalists and winners at the recently held TernoCon competition in 2018. 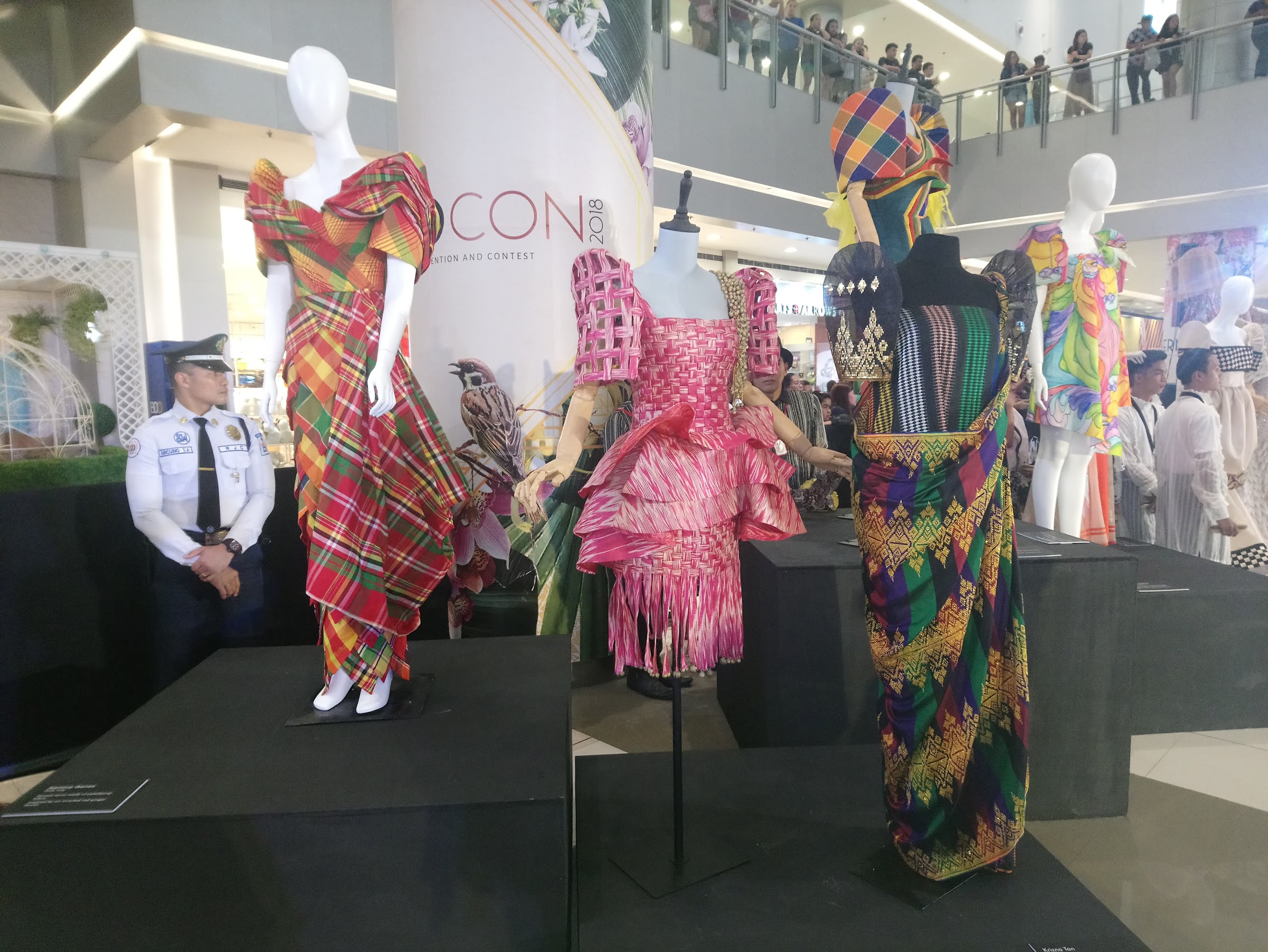 It also coincide with “Buwan ng Wika” month of August where promotion of Filipino language, arts and culture is emphasized.

From May 8-10, 2018 a mentoring and preparatory workshop was conducted at the CCP. The Project’s Artistic Director Gino Gonzales together with Ternocon Chief Mentor Inno Sotto, regional mentors JC Buendia (Luzon), Cary Santiago (Visayas), and Len Cabili (Mindanao) shared their respective philosophies and design processes with 30 participants. 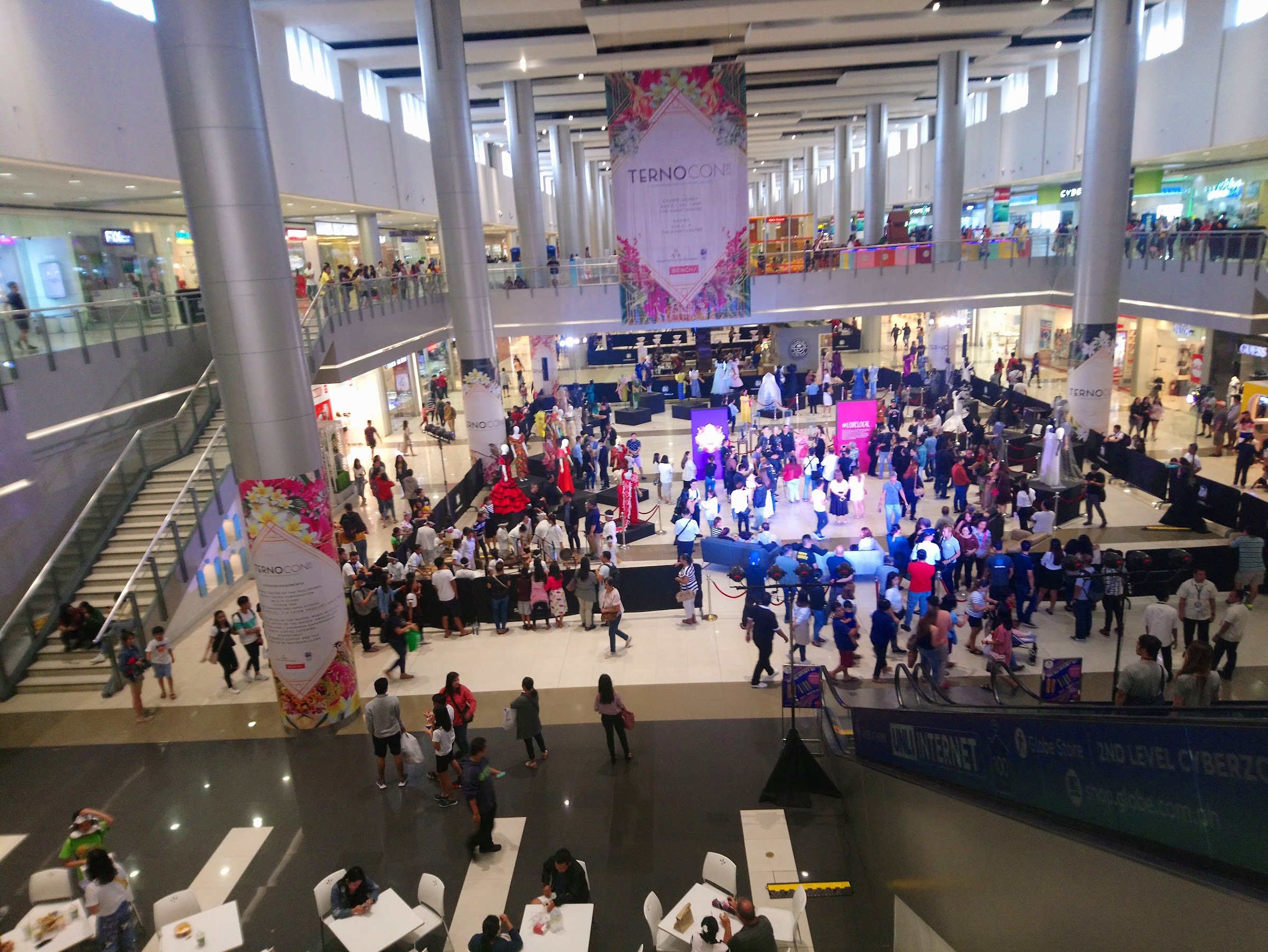 This is the second leg of its SM Super malls tour, the first one was held last June in SM Mall of Asia, Pasay City 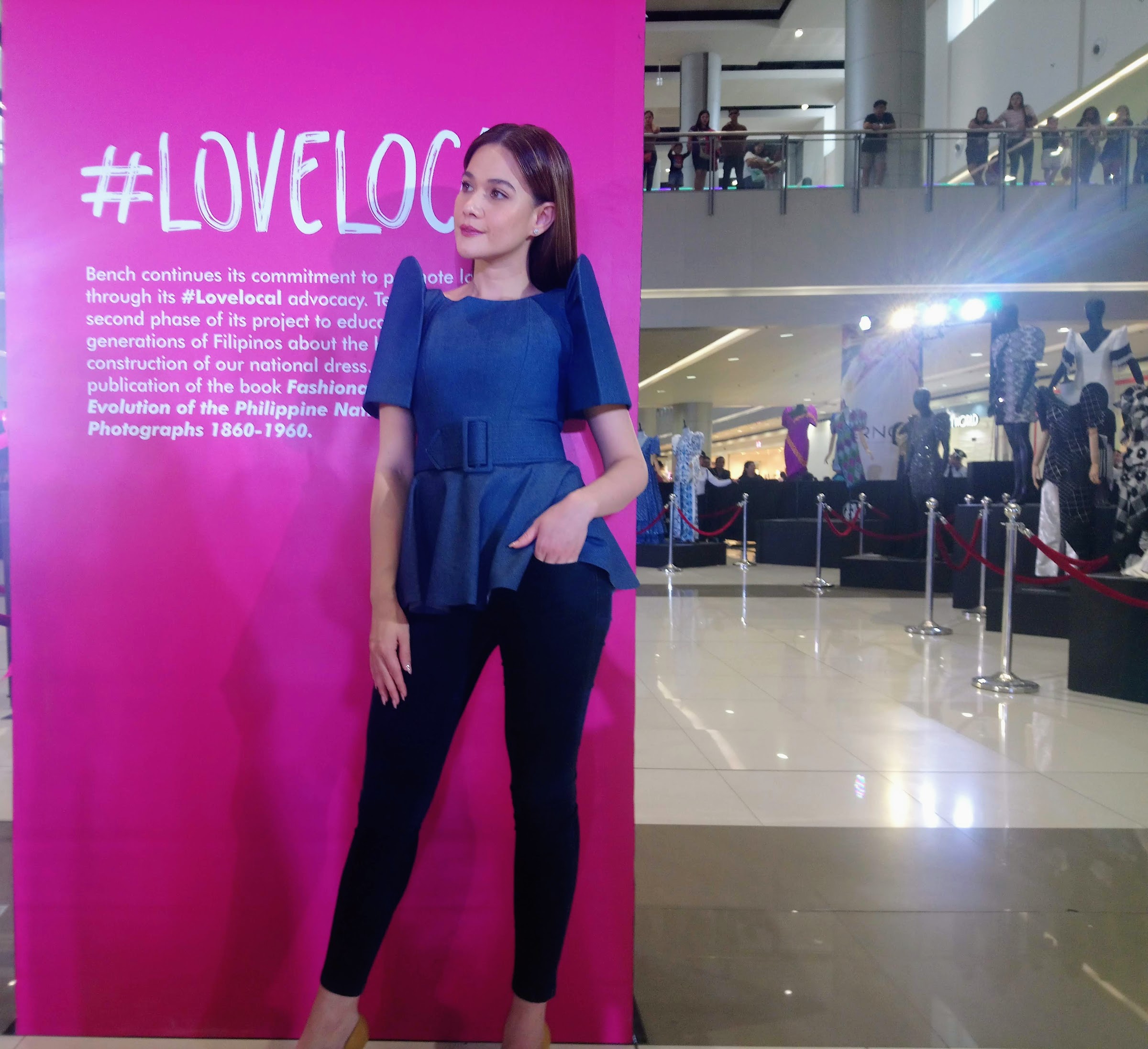 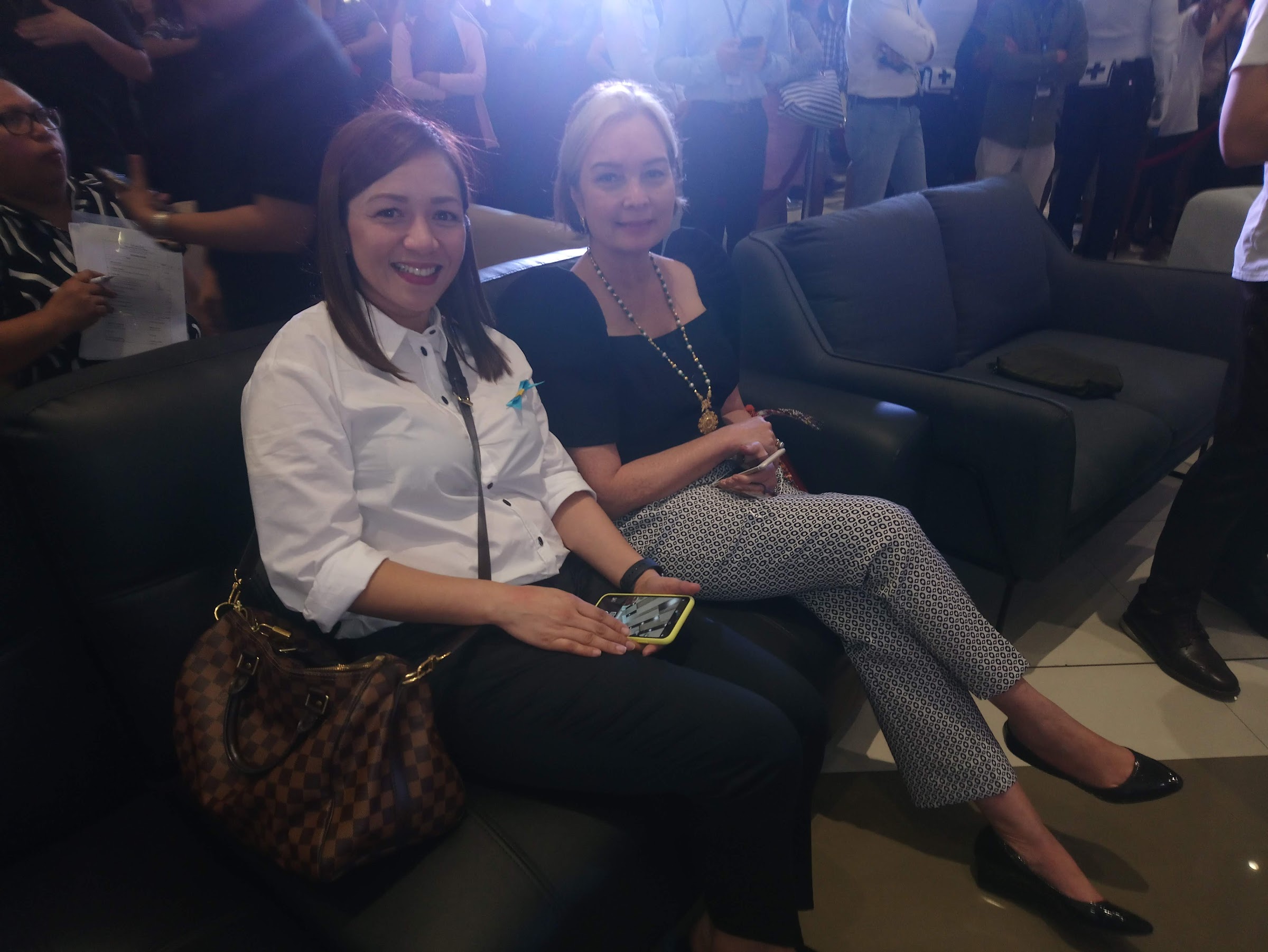 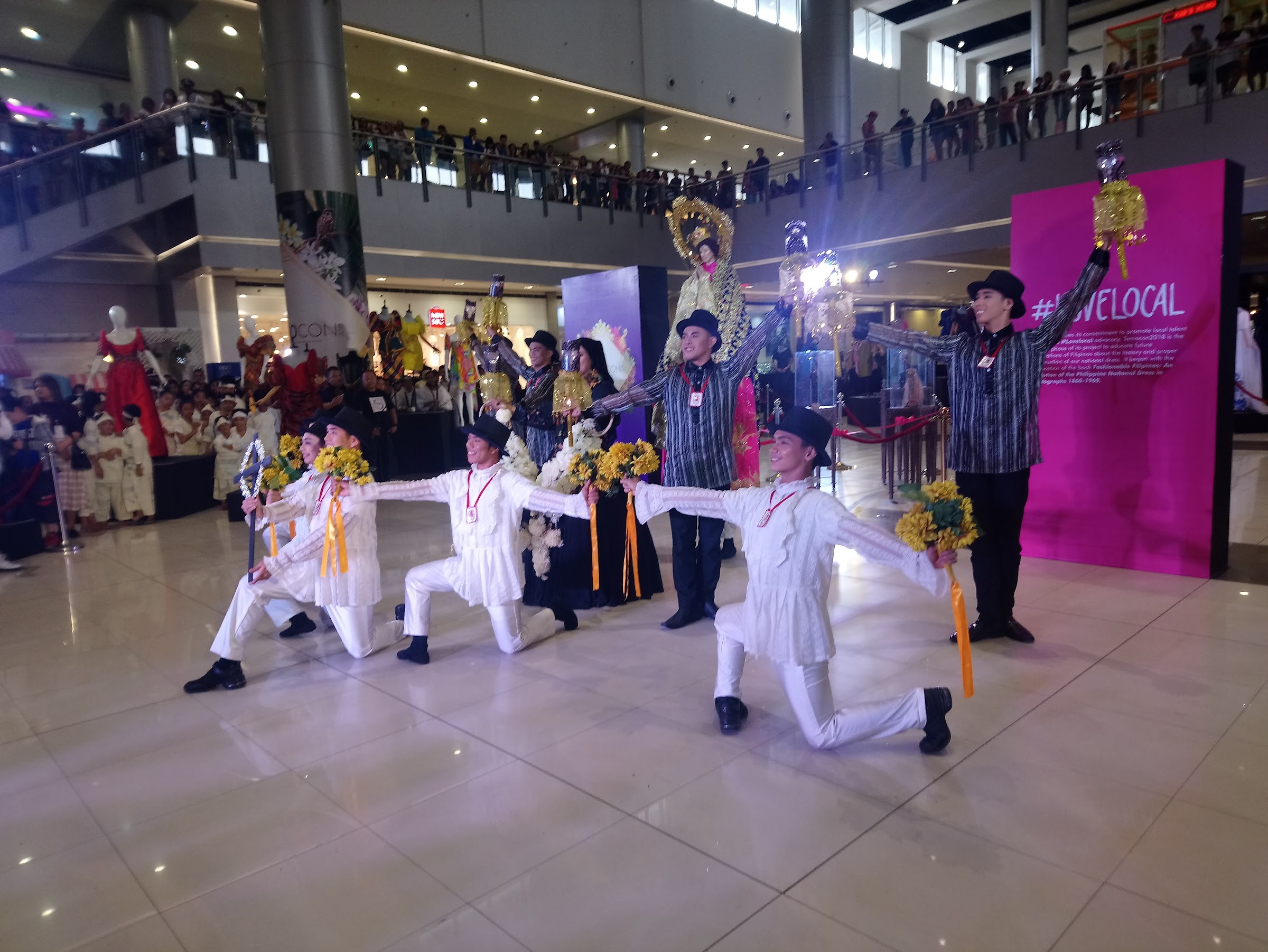 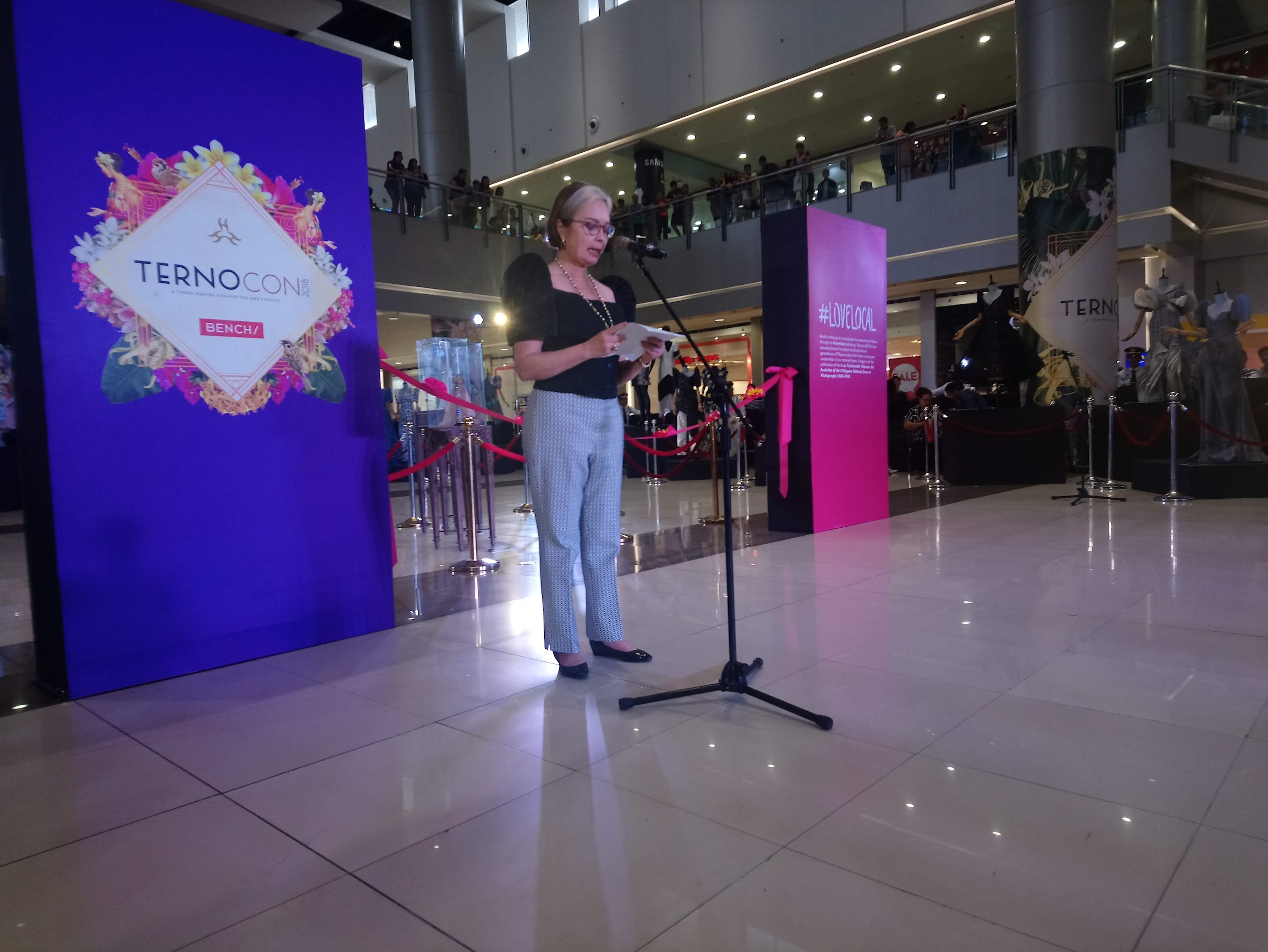 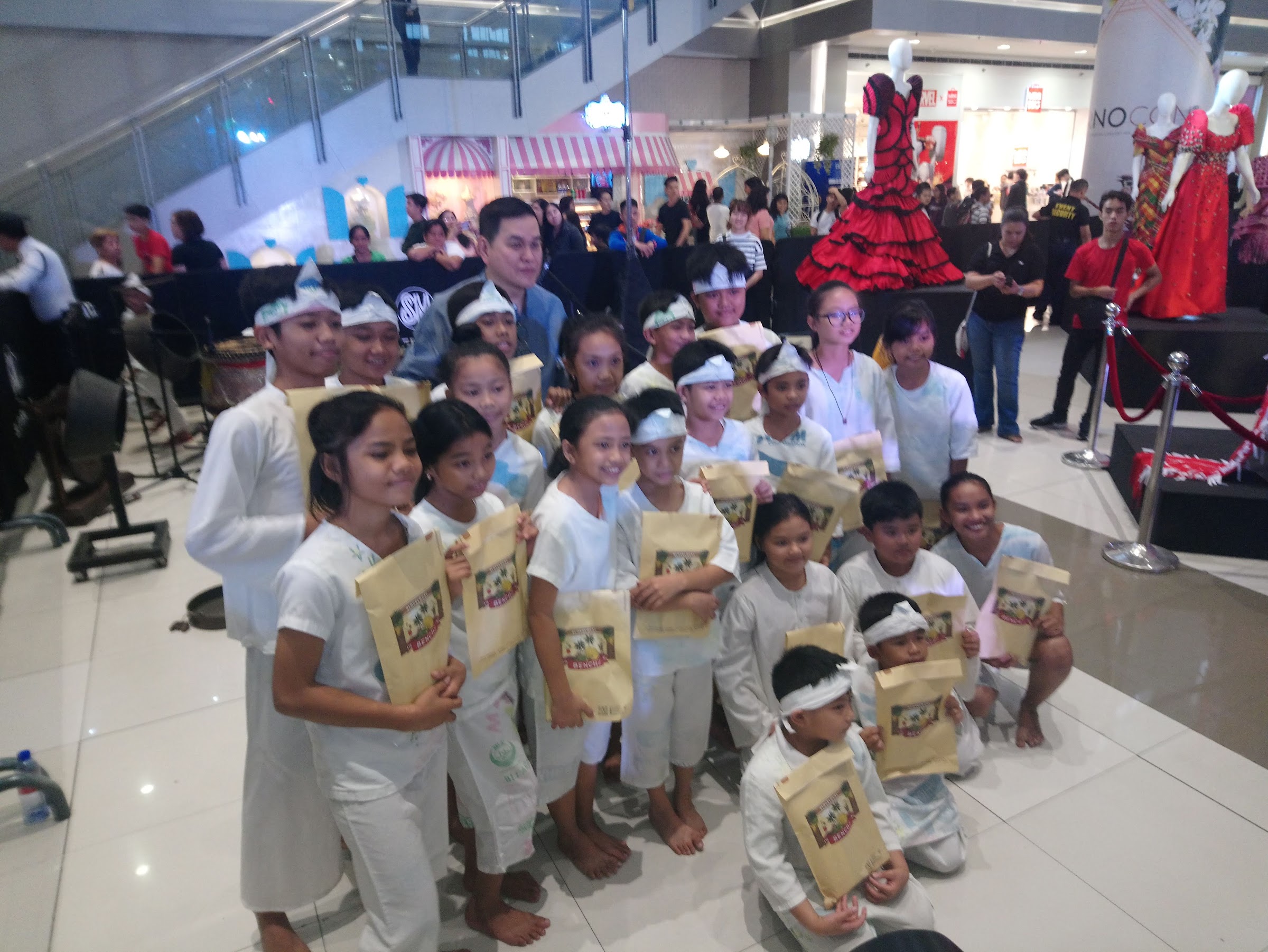 Mr. Ben Chan together with the performer “Terno” was derived from the English word for “matching,” or ” to match”  has evolved over centuries. The dress also evolve from one colonial master to another. According to some fashion authorities, the design was from the baro’t saya and through the decades saw it innovative designs and modern interpretations, whether in structure, materials, or coloration evolving into what we see today. 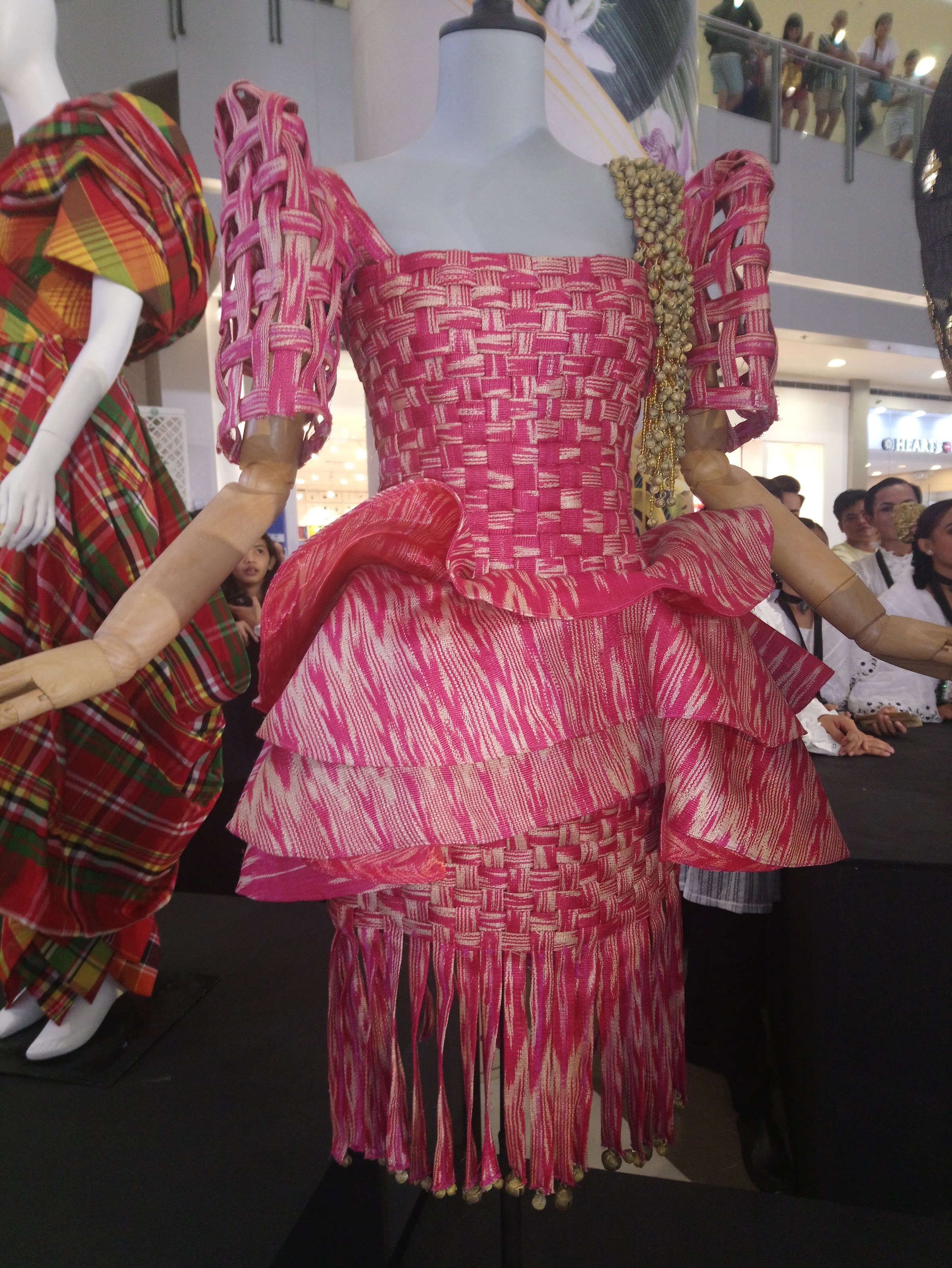 5.) Use of of Indigenous Weaves or Textiles– Several of the terno on display use regional, local fabrics like abaka, jusi, abel iloko even old rags were use in making terno and evening gown. 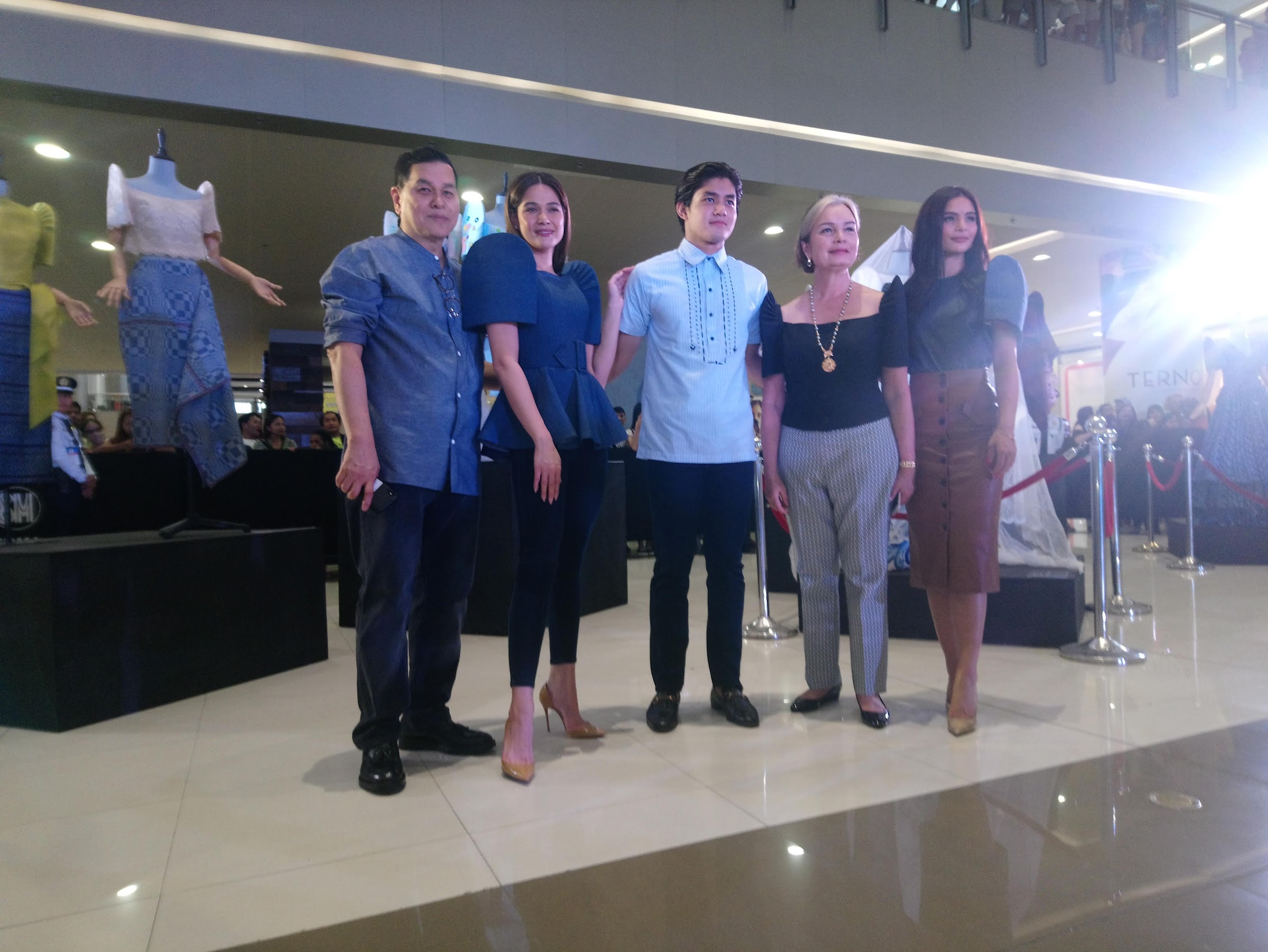 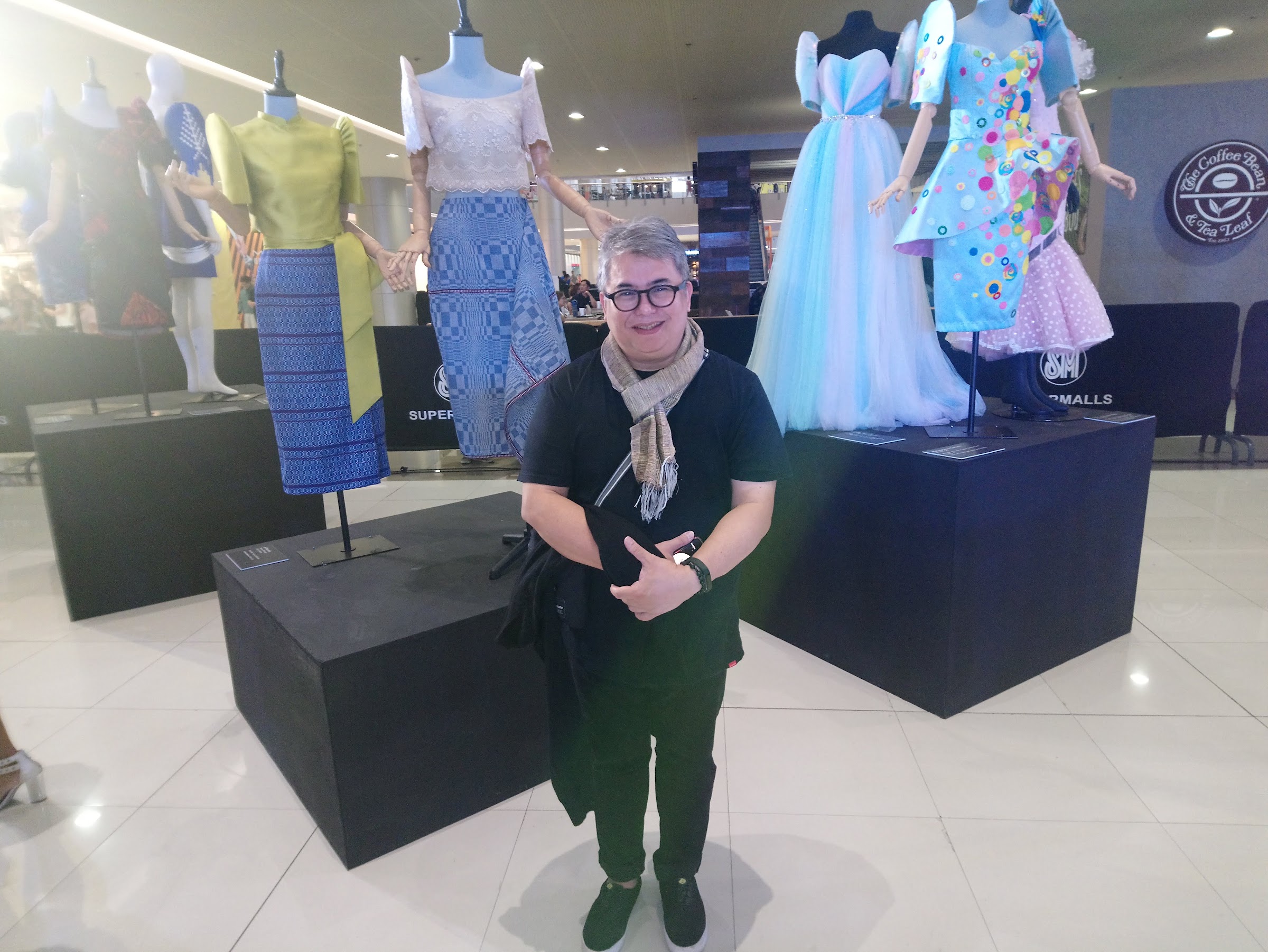 Maestro J.C. Buendia with some of his ternos on display

3.) Mentorship – Well known Filipino fashion designers like J.C Buendia, Inno Sotto, Cary Santiago and Len Cabili  who serves as mentor for the new designers on how to create a beautiful work of art. 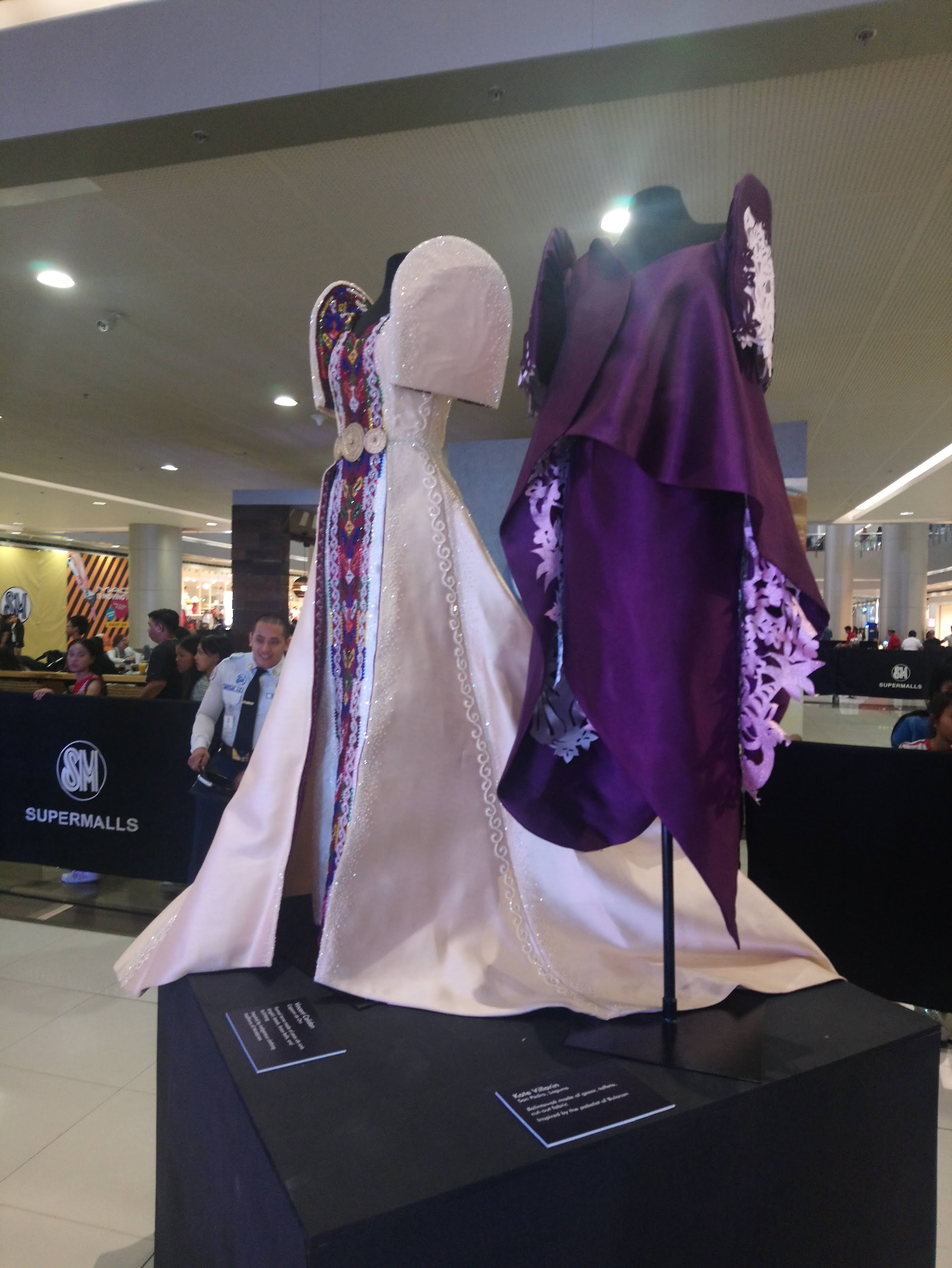 2.) New Designs–  Twenty-eight designers were finally chosen and asked to create one cocktail version of a balintawak and one formal evening terno each as entries to the competition.  Unlike the old terno, all the terno exhibited at the TernoCon 2018 were design and created by these new generation of artist. 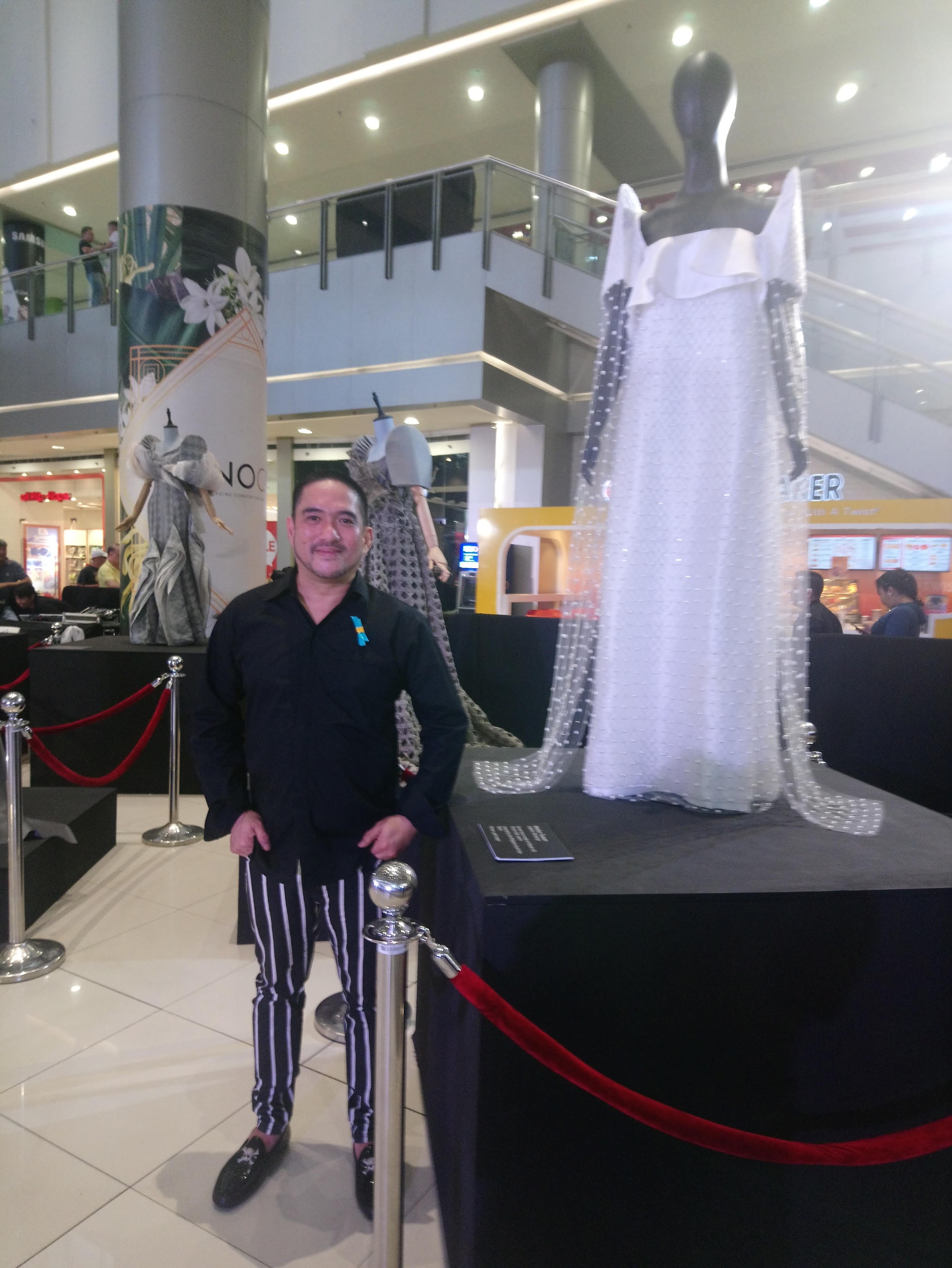 1.) Home Grown Talent– Mr. Marlon Tuazon which won the “GOLD” award, hails from the province of Pampanga. This is like a homecoming exhibition for the Kapampangan artist as well as many of designers who hails from this region. 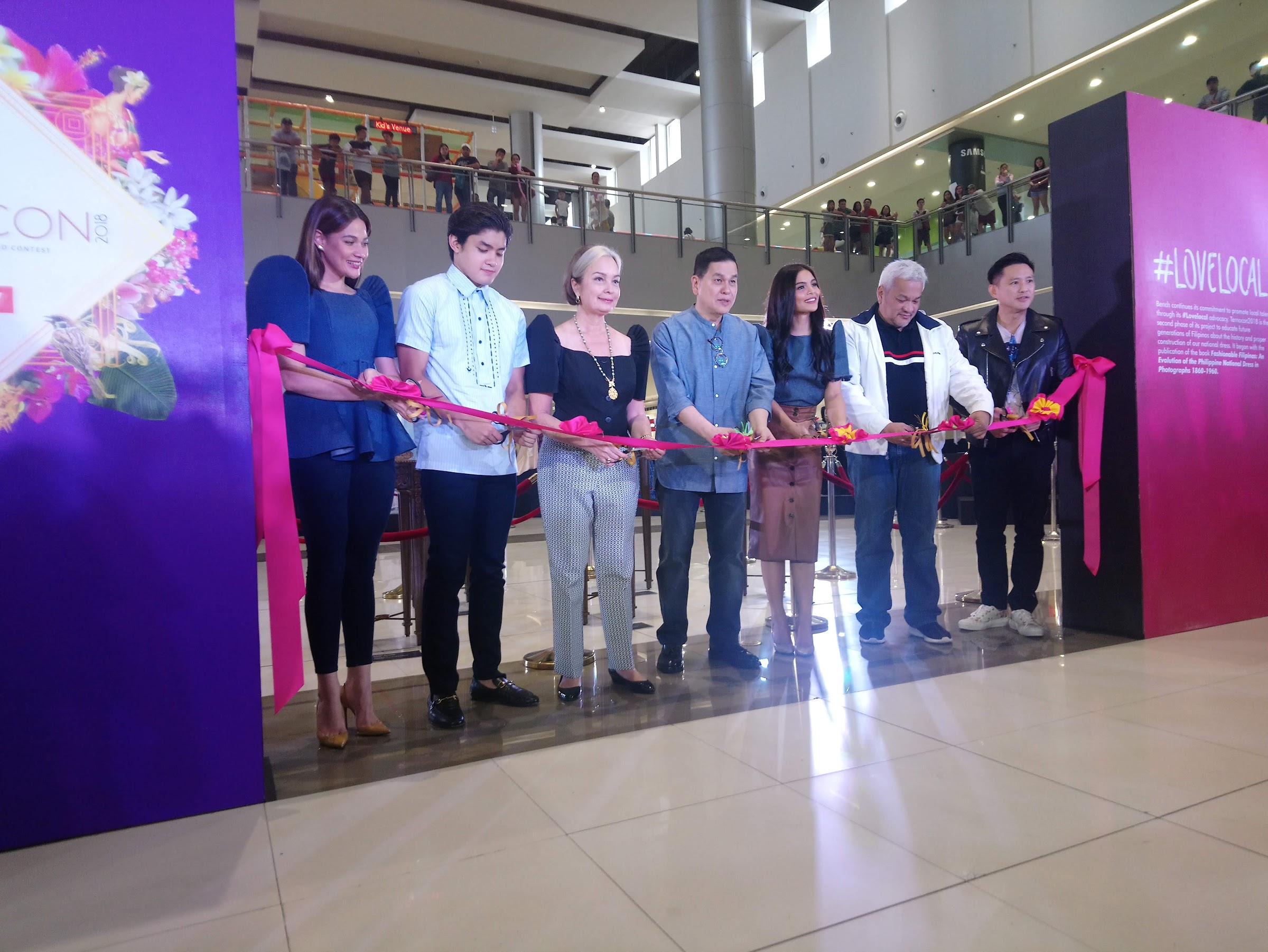 TernoCon 2018 exhibit is from August 2 to 9, 2019 at the Activity Area of SM Clarkfield, Pampanga province. Do not miss this exhibit. There are no entrance fees and one will be proud to see the modern design concept by these artists.

Note: Met some familiar faces ,people and friends which are actively involve in the fashion, culture , art and heritage.

A roving exhibition tour in other regions which will happen between August to November 2019!

The Commission for the Filipino language  issued a board resolution  dated April 12, 2013 .

This is to “promote the country’s official and modern name which reflects its history and development as a nation,” added the document, which is making rounds in social media nearly a month before Buwan ng Wika in August.

The resolution also urges that the name “Filipinas” be gradually introduced into seals, letterheads, notes and other official documents.

Firms and institutions using the name “Pilipinas” will also be encouraged to spell it as “Filipinas” instead.

The KWF noted, however, that the change will not be mandatory, especially for entities established before the letter “F” has been introduced in the Filipino alphabet.

It added, however, that all organizations that will be created after the implementation of the resolution, should carry the name “Filipinas.”

Adding context to the resolution, the KWF in its website linked the new policy to a piece by its chairman, National Artist Virgilio Almario.

Netizens shocked by the Board Resolution

Most of the netizens , social media people and ordinary Filipinos were shocked by the board resolution reverting back the name Pilipinas to Filipinas . Filipinas is the country’s  name used during the Spanish period in reference to King Philip 2 of Spain and Philippine islands during the American regime until the early republic.

F in the Filipino alphabet

“Previously there was no letter “f” in our alphabet, hence the use of Pilipinas. So ngayon, dahil 28 letters na rin ho ‘yung ating alpabeto, kasama ‘yung letter ‘ñ ‘and ‘ng,’ at may ‘f’ na rin, ini-encourage nila, binabalik na nila ‘yung paggamit ng ‘Filipinas,’”  , noting the change in the spelling would be implemented slowly in Philippine stamps, letterheads, notepads and other instrumentalities.

Most of the netizens and ordinary people said that the change from Pilipinas to Filipinas would entail a lot of additional expenses like changing the company letterheads ,  signage and doing transactions with the outside world.  The central bank (Bangko Sentral ng Pilipinas) and the national state university (Unibersidad ng Pilipinas). Due to the cost needed to comply with the resolution, the commission suggests a gradual transition—use up all letterheads and notepads bearing the “Pilipinas” mark and order new batches reflecting the change.

Filipinos are already accustomed to the word ” Philippines” when they are referring to the country ( English speakers) , Pilipinas for (Filipino speakers )and Filipinas ( Spanish speakers)  . I hope that the habit of changing the country’s name will be the last one.  Otherwise , we expect another change in about 50 years-time ? Just like the vanishing street names of Manila- Do you still remember Gastambide, Lepanto , Morayta, Isaac Peral , Oriente, Condesa

For comments and suggestions : 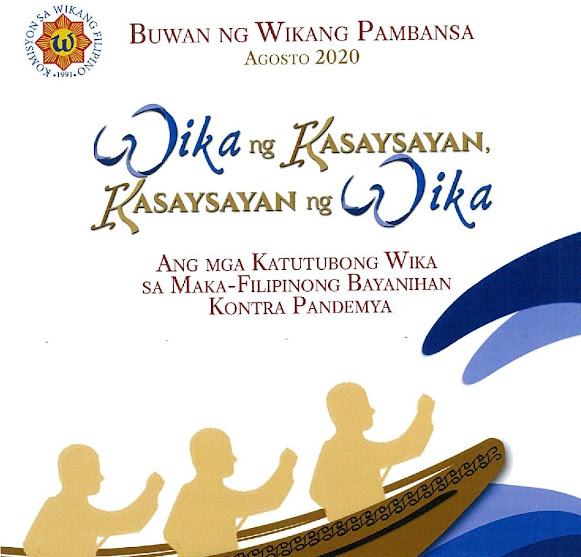 Komisyon ng Wikang Filipino is forefront in the research in the development of the language.

26.) Sipnayan (mathematics) the more common term is matematika or matematica which was borrowed from Spanish language.

21.) Sulatroniko ( email ) more commonly use in Filipino language which was borrowed from the English language.

7.) Pahimakas ( last farewell) Common word use is aalis or yayao

DOST- Department of Science and Technology