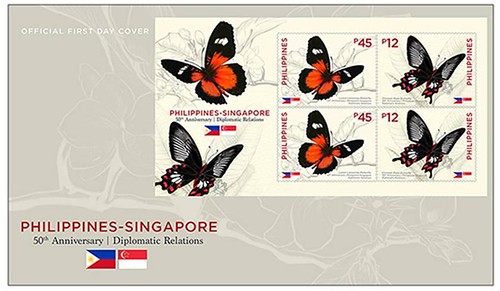 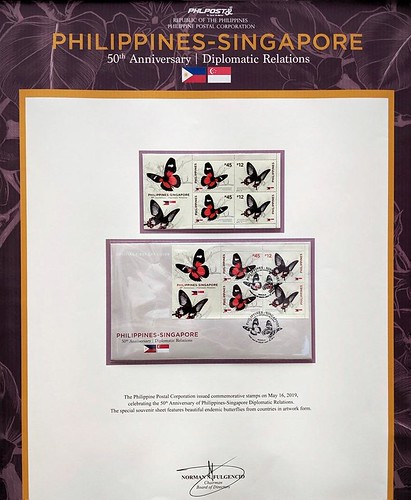 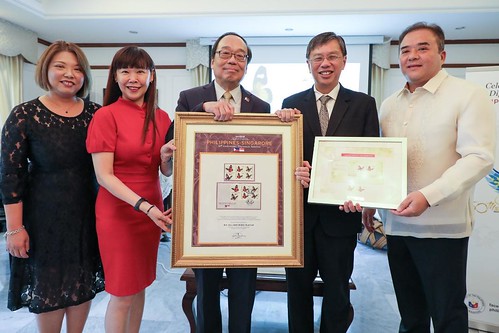 The Philippine Postal Corporation issued  a commemorative stamp issue in the history of the Philippine stamp history. The stamp which commemorates the 50th anniversary of the National Parks Development Committee . The stamp was released last December 5, 2013. Unlike the usual stamp  that Philpost  release in the market  .  This stamp is the First “ GLOW in the Dark ” in the Philippines!!!!

This is  significant step toward attracting the younger stamp collectors who often marvel at the stamps issued by other countries . Some  countries have hologram , scented smell, textile fabrics embedded in stamp, gold embossed stamp, glow in the dark, glitters, plastic, 3-D , chocolate  flavored stamp and among others.  Avid Filipino and foreign  stamp collectors and memorabilia collectors would agree that it was a bold step .

The technology is not” NEW ” at all, some countries have issued their GLOW in the DARK stamps years and even decades ago , Well at least the Philippines is making a bolder step to entice back  old stamp collectors and even new ones.  Kudos to the Philippine Stamp Advisory Committee members led by the current Postmaster General Maria Josefina Dela Cruz and the rest of the board.

glow in the stamps comes from a phosphorescent coating which makes it easy to see the stamp under ultraviolet light. The  phosphor compound called the taggant cannot be seen by the naked eye. The luminescent glow can also be fluorescent in nature. The main difference between phosphorescent and fluorescent is in how the glow or light is made visible. The former needs an excitation energy to emit the light while the latter does not. An excitation energy is an energy needed to change something  from a ground state to an excited state. In this case,  the UV light serves that purpose.

Glow in the Dark  stamps are undoubtedly beautiful  but there was one compelling reason why the US Post Office Department chose to come up with these stamps during the 1950s. During that time, mail services were being heavily used and there was a need to find a way to sort and postmark mail a lot faster than how they were being done then. All mails used to be sorted by hand which was quite tedious and slow. The solution was provided by a private company through the “stamp glowing” process mentioned above which formed the foundation for tagging.

The National Parks Development Committed is a government agency that is tasked to oversee national parks in the Philippines.  It was established primarily for the purpose of developing and maintaining national parks specifically The Rizal Park (Luneta), Paco Park, the Pook ni Maria Makiling ( Laguna) and Burnham Park ( Baguio) ,  The NPDC  was established on January 14, 1963 by Executive Order 30 for the development of Quezon Memorial Circle, Luneta and other National Parks.  In 1964, the committee was then designated as the “National Parks Development Committee”.  It was attached to the Department of Tourism in 1987, providing fully developed and well maintained parks for wholesome recreation and socio-cultural education which contributes towards the enrichment of the national identity heritage.

Arts and Culture:  The Martyrdom of Dr. Jose Rizal is a living memorial honoring the Philippines’ national hero.  It is lights and sound sculptural tableau of an open-air-theater presentation, featuring a 30-minute dramatization of Rizal’s final hours.

Concert at the Park:  a weekly public service of the NPDC.  It was primarily started to initiate the masses into the appreciation of classical music.  Held every Sunday at Rizal Park.

Ballet at the Park:  a cultural fare at Rizal Park.  The presentation is in cooperation with Ballet Manila which is held every Saturday at 5pm.

Paco Park Presents:  a musical presentation every Friday at 6pm at Paco Park.  The musical is aired nationwide in front of a “live” audience at PTV Channel 4.

Type of Printing  Process : Litho Offset, Printed with Glow in the Dark Ink then Laminated