Aling Norma’s Suman and Sweet Delicacies is one of the pride of Toclong, Kawit, Cavite province.

Toclong or Lupang Kawit had several large tracts of rice fields, which explained that the area produce some of the best rice base delicacies of the town and the entire province. I have tasted several suman before when we visited the town of Kawit, but have no idea that those came from Toclong, Kawit.  The rice is wrapped in banana leaves ( which infuse some flavors), then cooked in large tin cans slowly cooked over firewood.

Suman ( steam glutinous rice ) wrapped in banana leaves is the special pride of Aling Norma. The recipe had been part of their family and was handed down for several generations. The grandchildren said that it was a local favorite and some families in Kawit would order in advance. Their suman had reached many places like Las Piñas, Parañaque, Taguig, Valenzuela, Manila and even abroad.

A friend who hails from Antipolo also told us that some of the suman sold in their place were also sourced from Kawit. 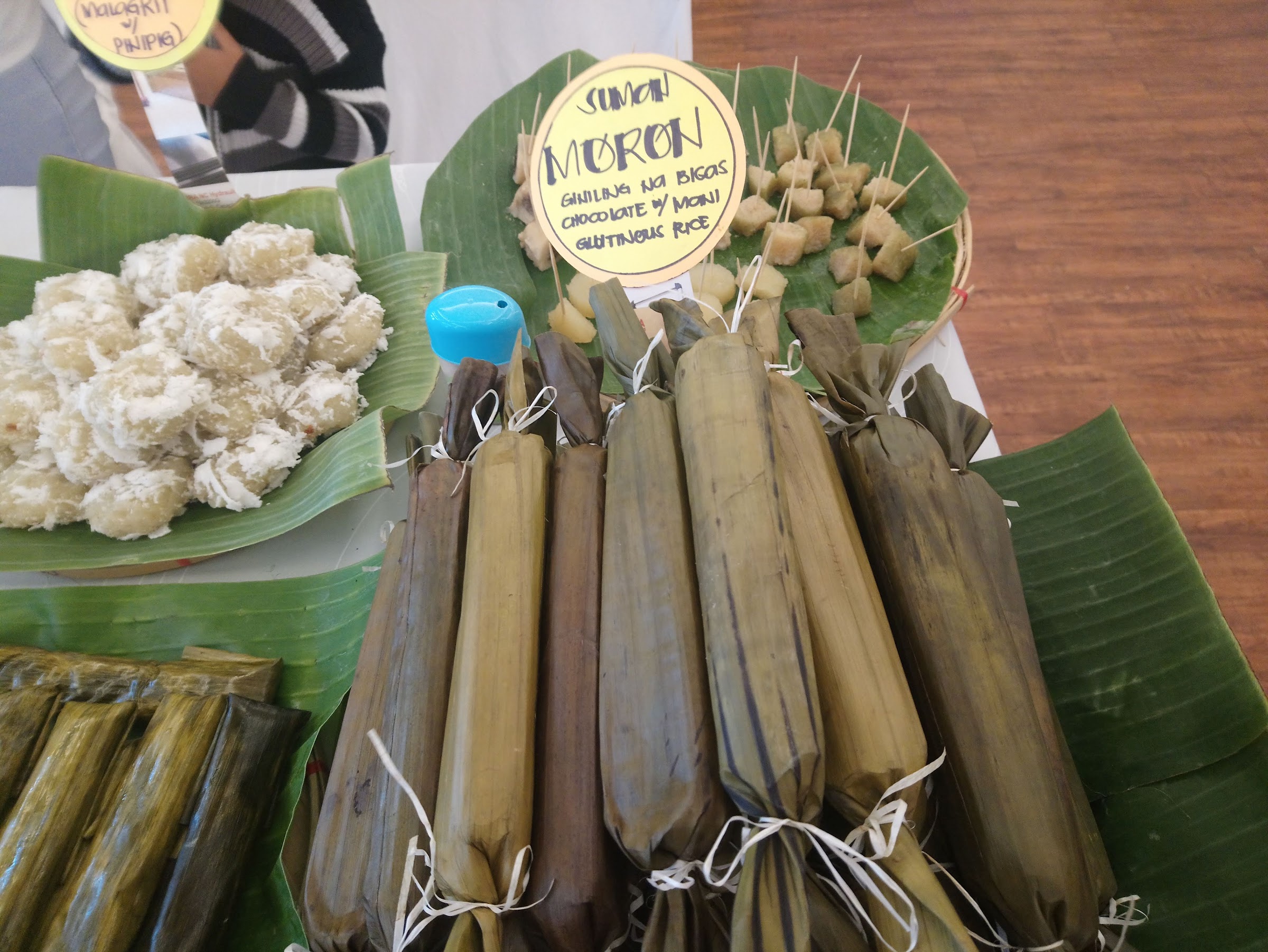 Suman Moron ( malagkit na bigas chocolate with mani ) glutinous rice with chocolate and peanuts. One of their best selling suman

Aling Norma’s suman can last for at least a day without spoiling. The secret is the use of pure glutinous or sticky rice in their suman. They would stick on the traditional recipe and would not scrimp on the ingredients.  Other suman makers would use the non-sticky rice varieties mix with glutinous rice in order to lower the cost. Hence one reason “why” it easily get spoiled. 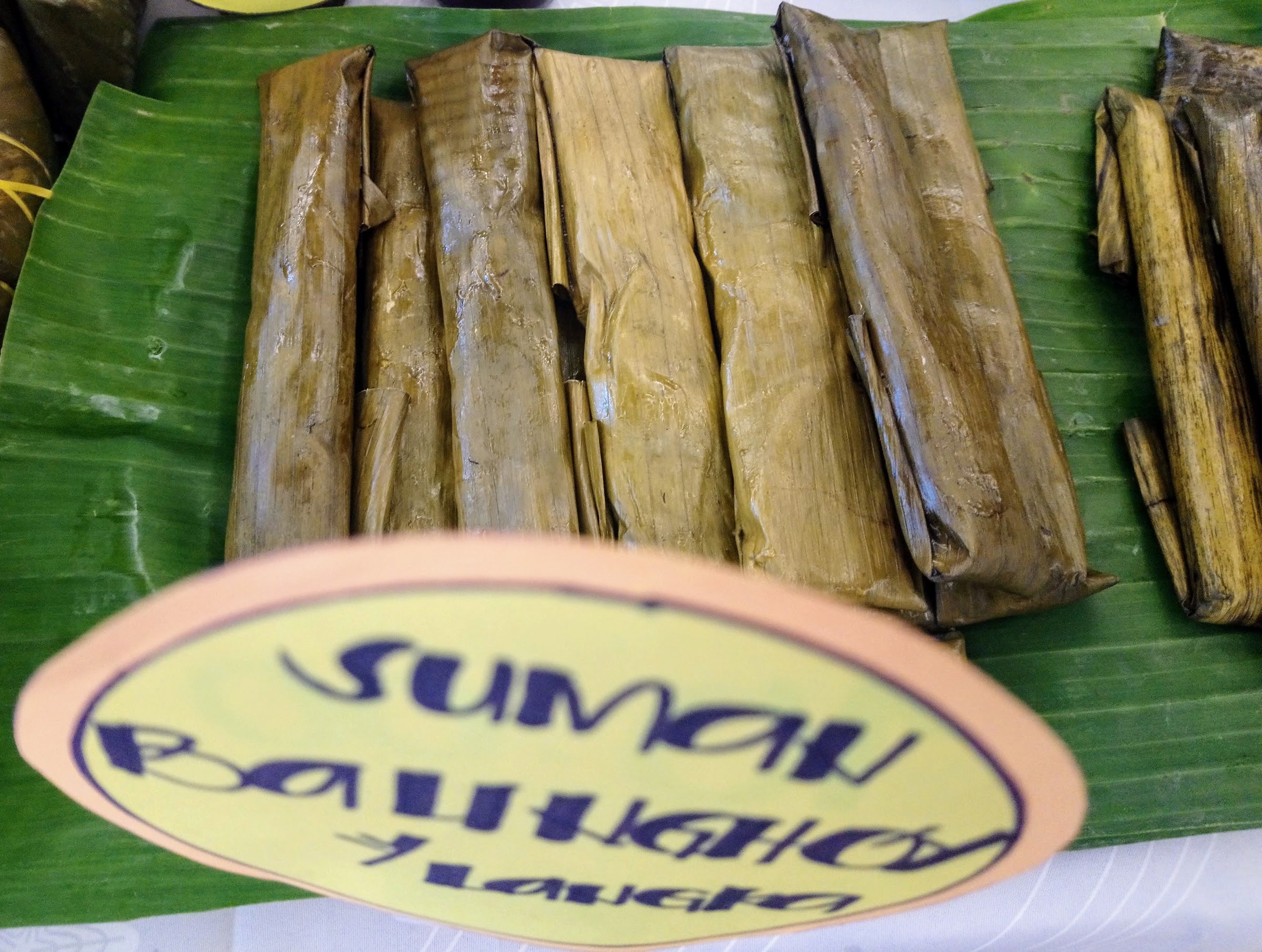 Aling Norma specializes on antala (suman malagkit sa gata), suman sa balinghoy with langka ( cassava) or kamoteng kahoy, suman sa lihia, suman moron ( which is a combination of glutinous rice, chocolate with mani ( the most popular) malagkit with pinipig, pichi-pichi are just some of their well-loved delicacies. 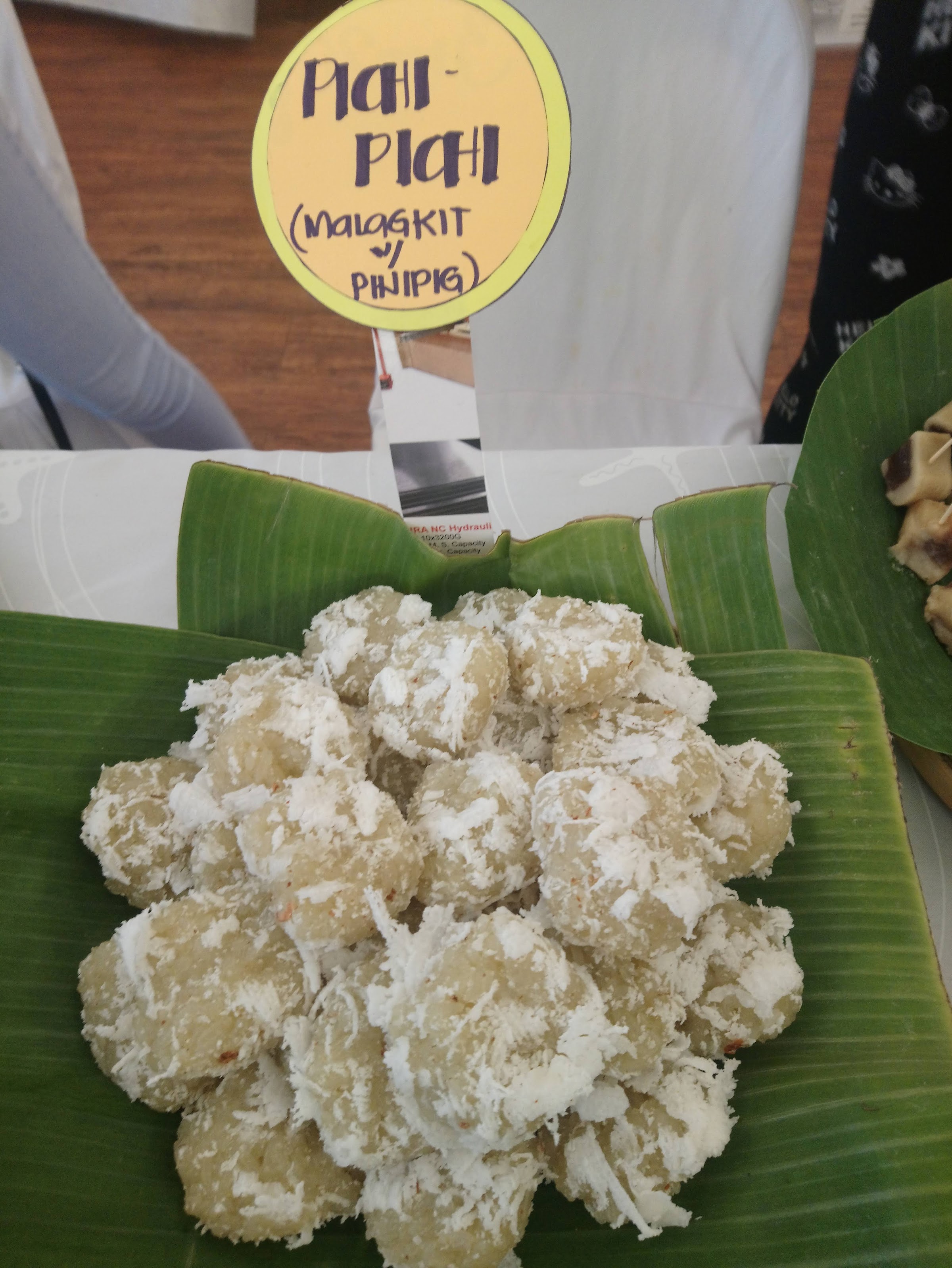 The best way to eat their suman is serve hot with shredded coconut, traditional brown sugar called “paldo” or coconut jam. This is also best paired with hot chocolate or coffee from Amadeo. 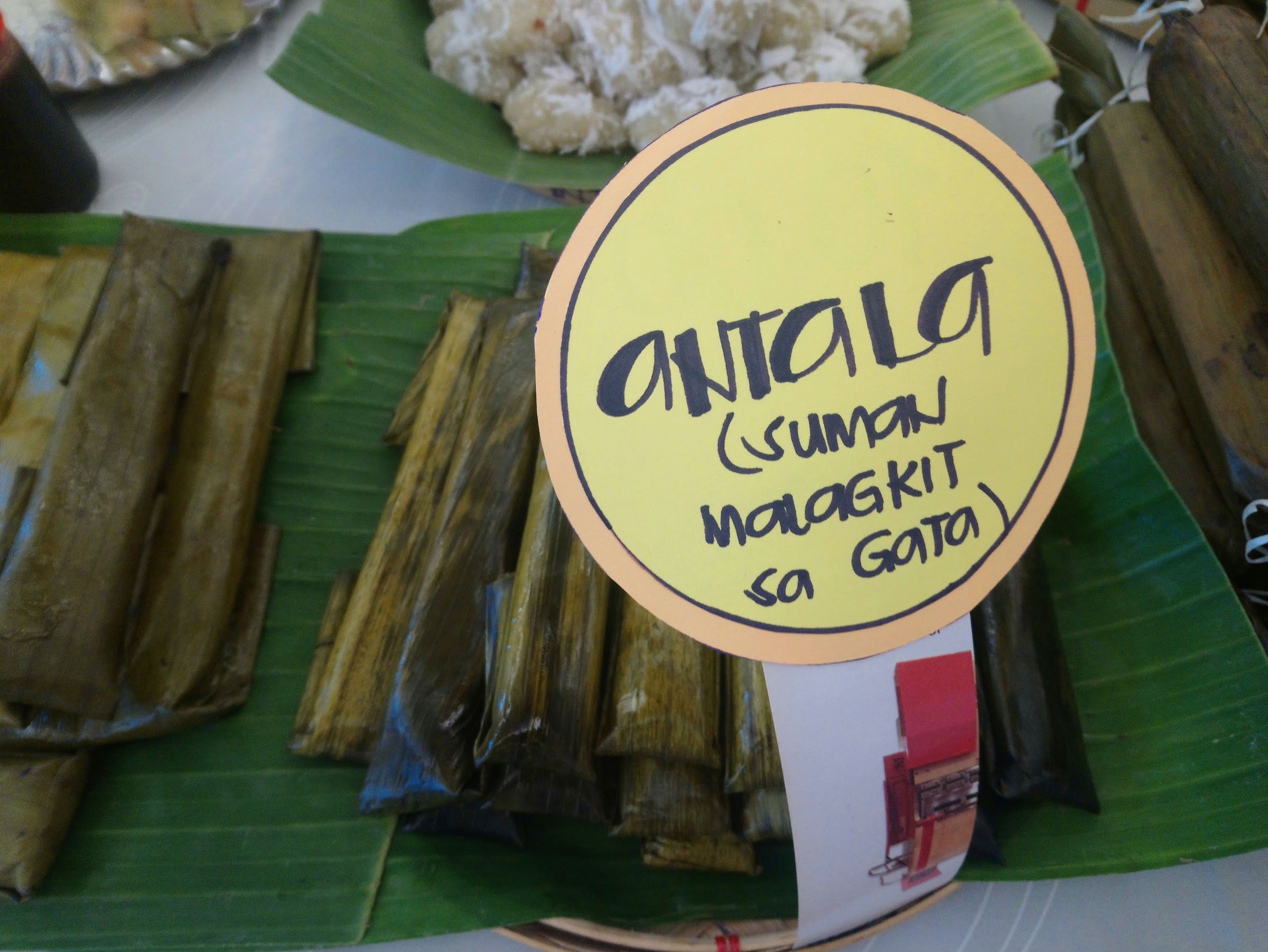 One of the grandchildren have asked me if i am from the town of Imus or Kawit, since they have a suki ( regular customer) which looked similar. I hailed from Metro Manila.

Bought several suman before we left the Cavite Food and Culinary Expo 2019 site at Isla Events Place in Imus, Cavite province. After almost 8 hours of event and travel from Cavite, Aling Norma’s suman is still fresh and almost immediately eaten by immediate family members and relatives who would swear that it was one of the best suman they have tasted.

Note: Aling Norma’s Suman and Sweet Delicacies accepts bulk order, but must be ordered in advance.