Water hyacinth or more popularly called water lily is the highlight of the annual festival in Las Piñas city. 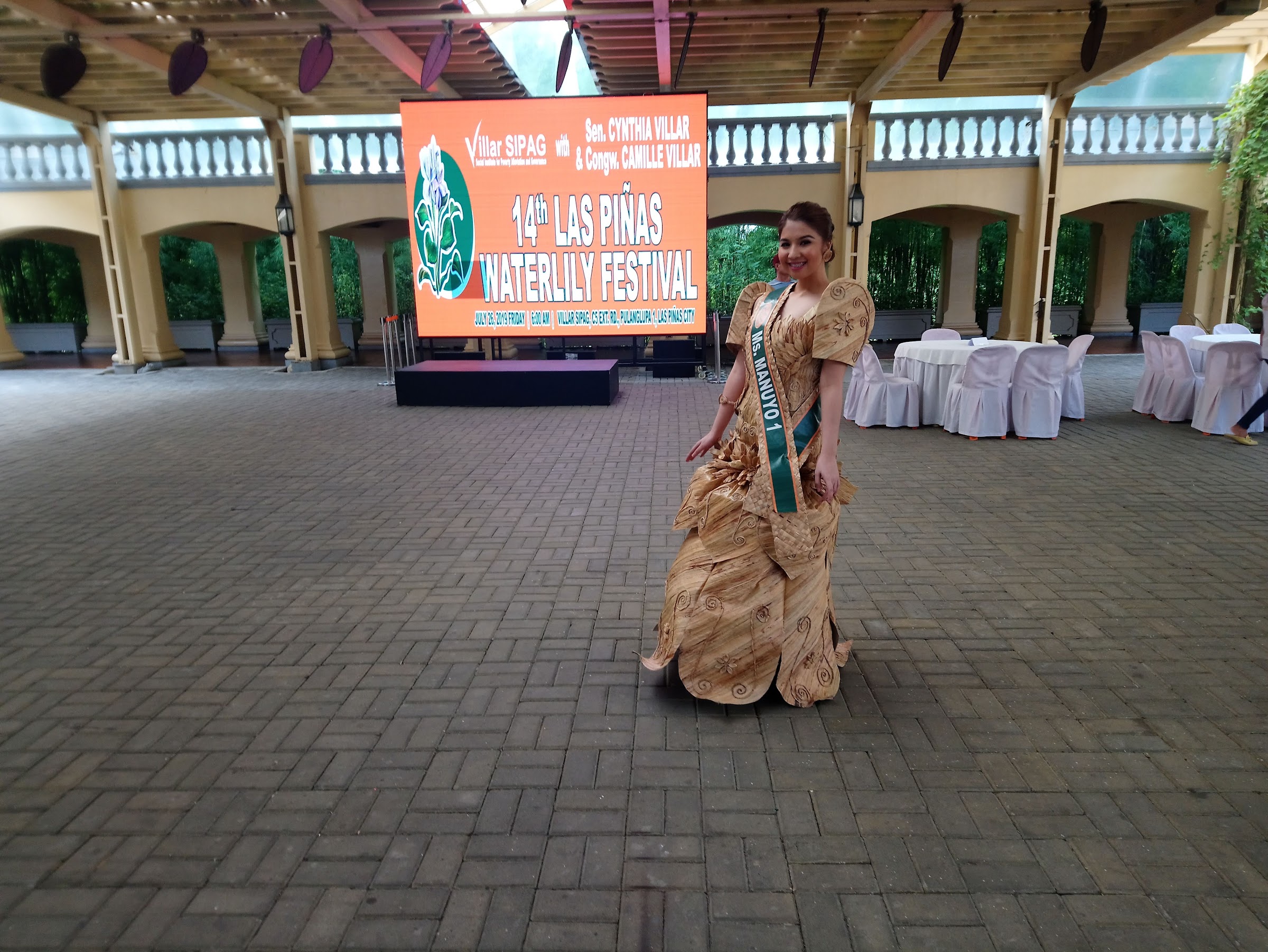 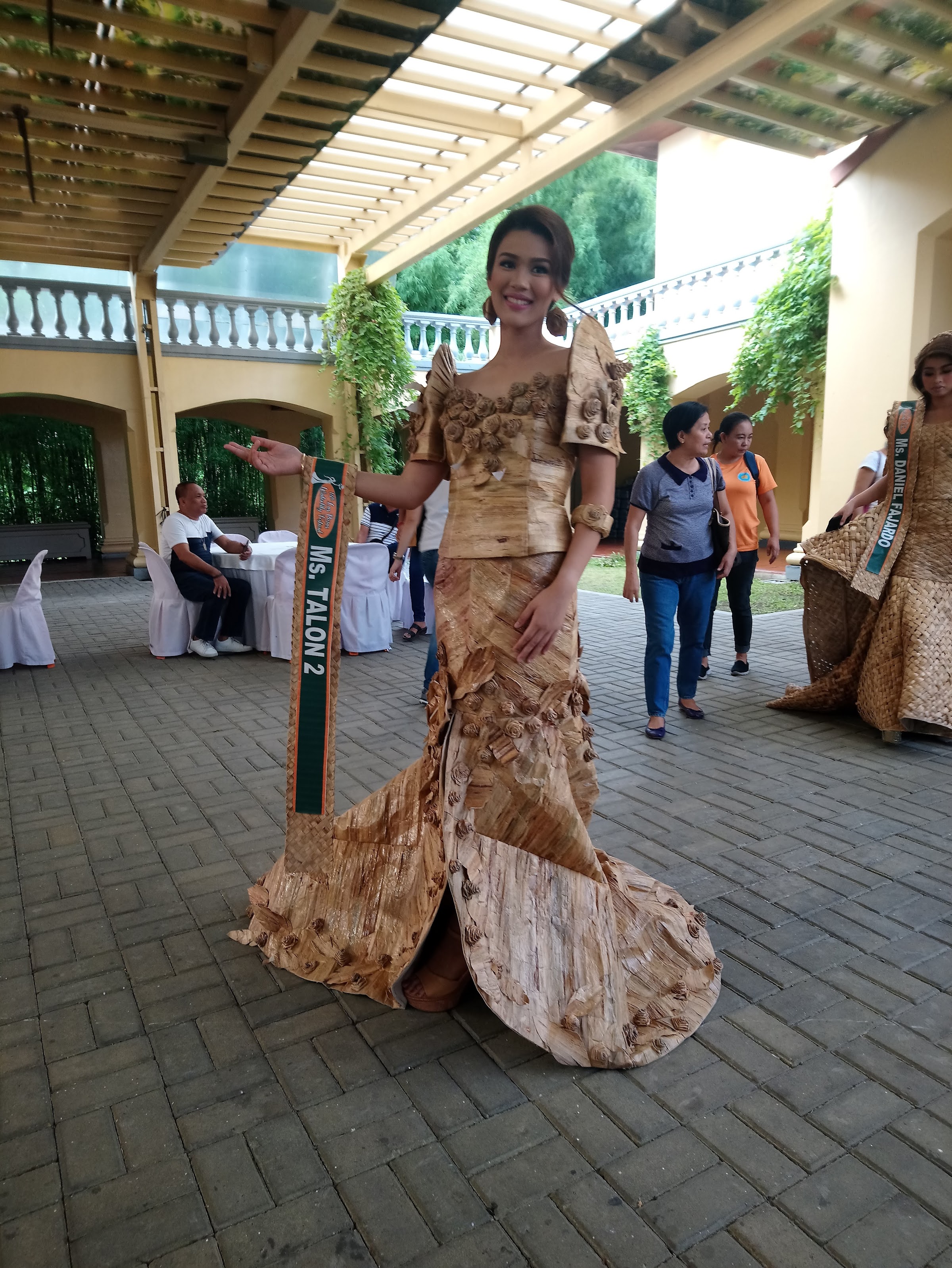 Several beautiful candidates which represented different barangays and places within the city. The pre-pageant was held last July 19 at the Villar Sipag Convention Center. 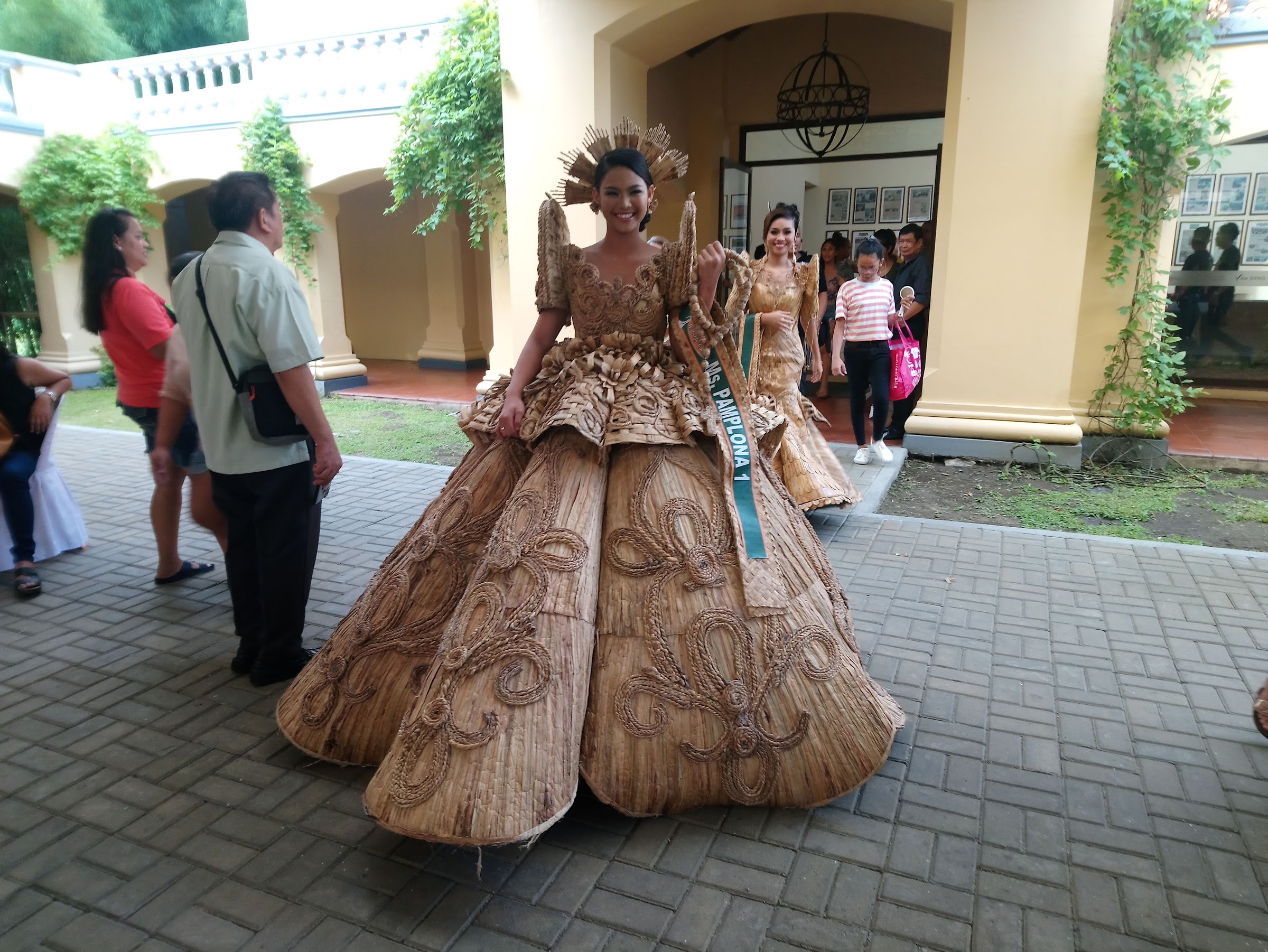 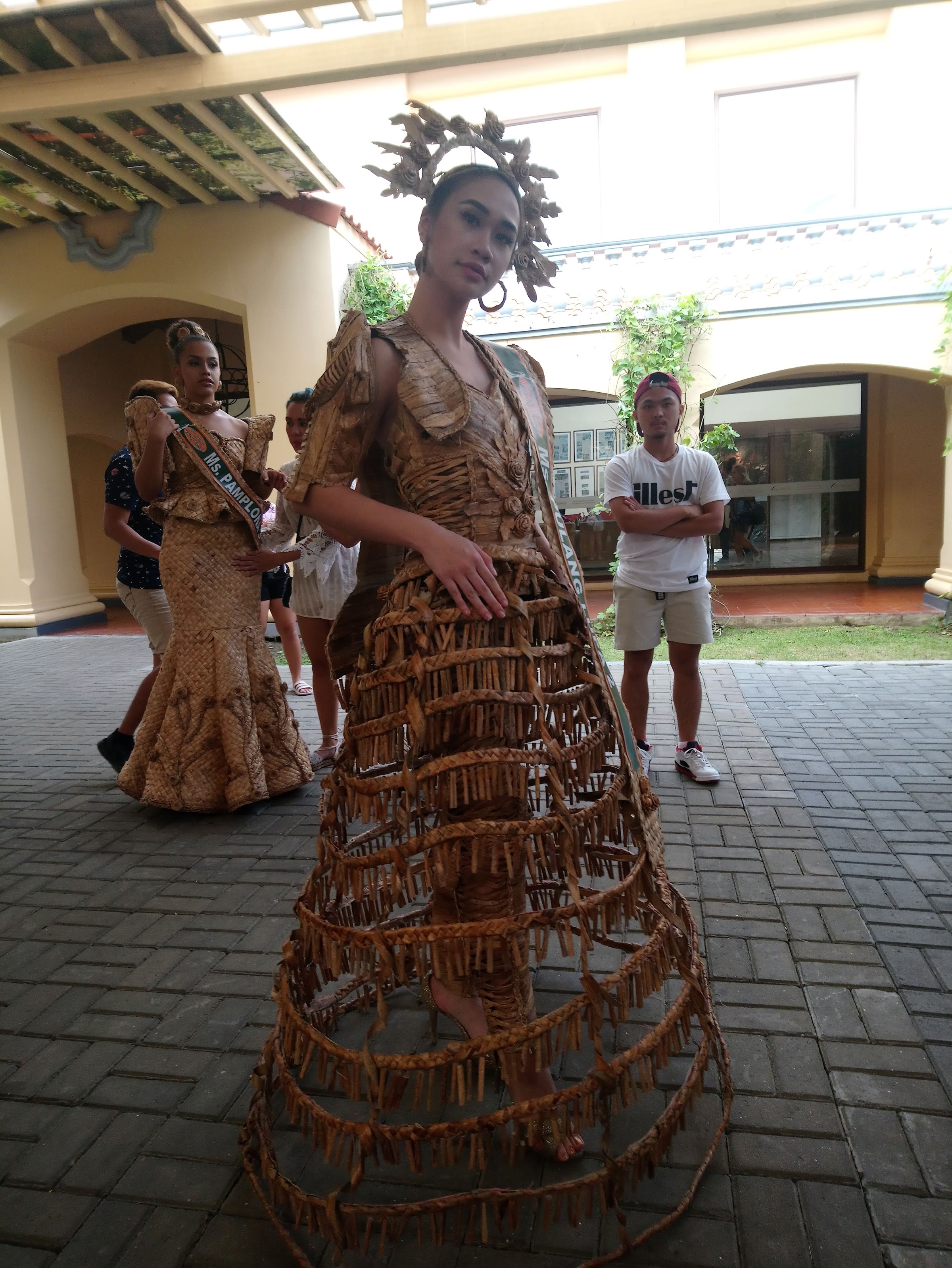 Some of the awards included the “People’s Choice” and Best in Waterlily costume. 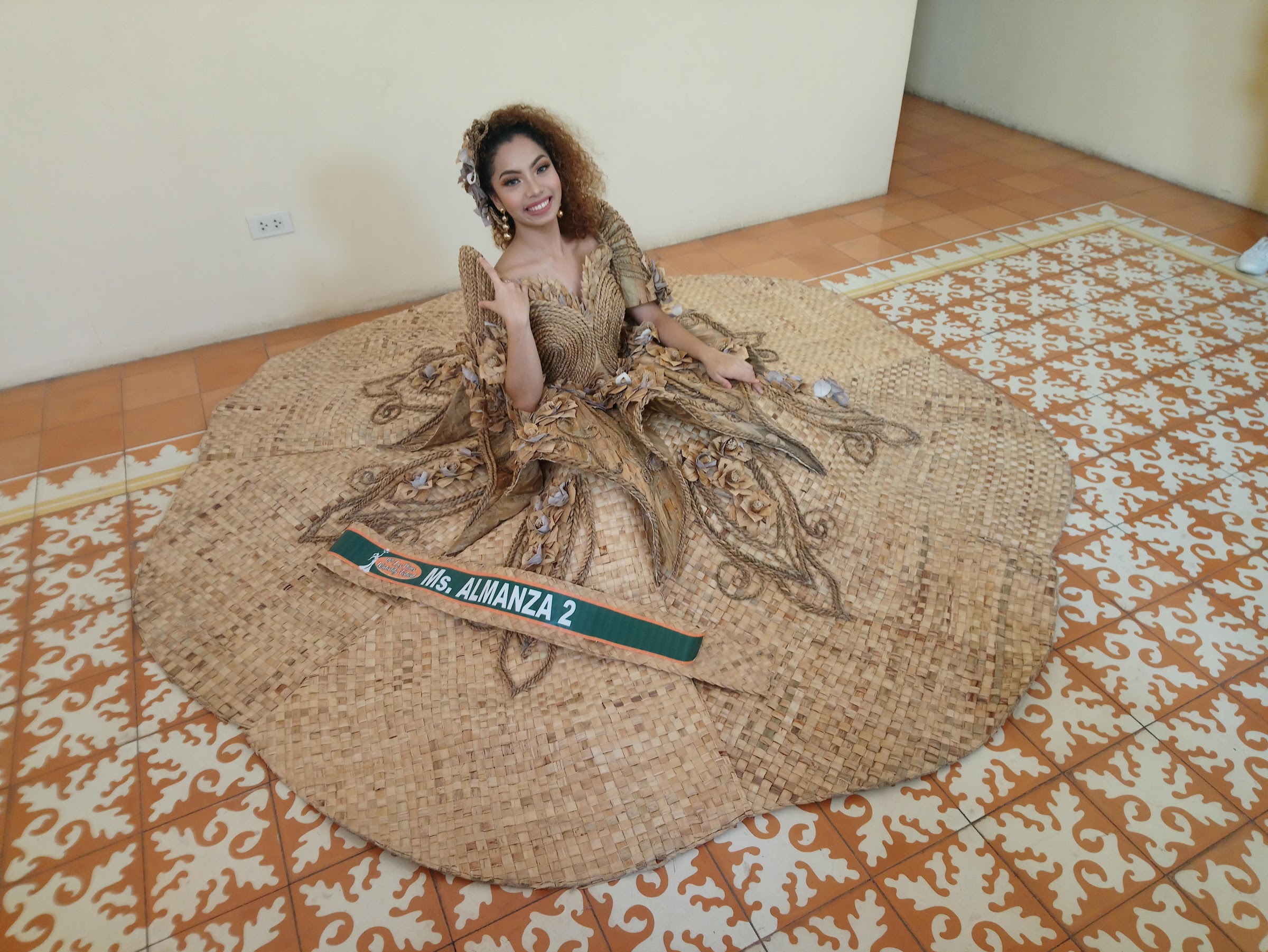 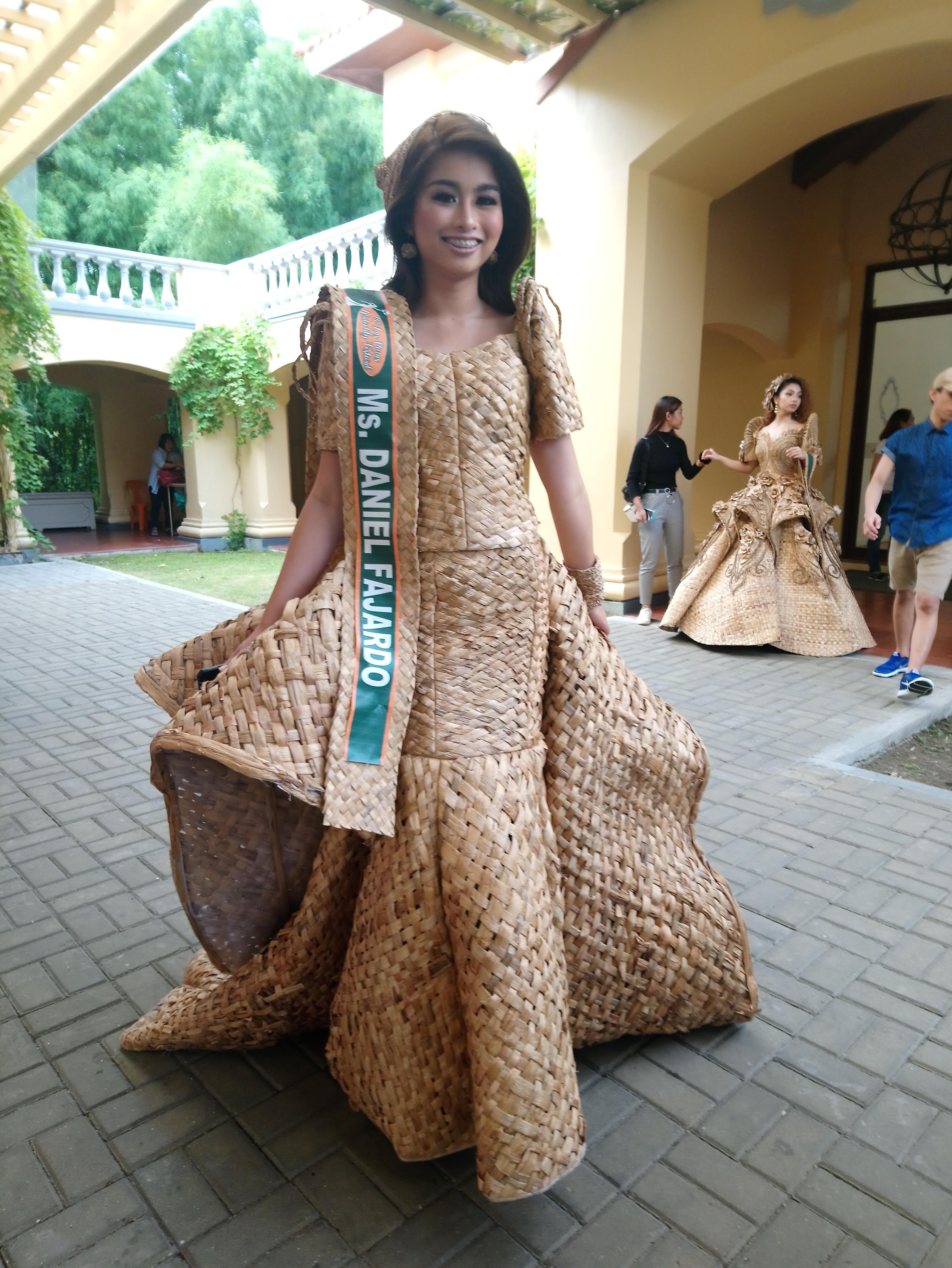 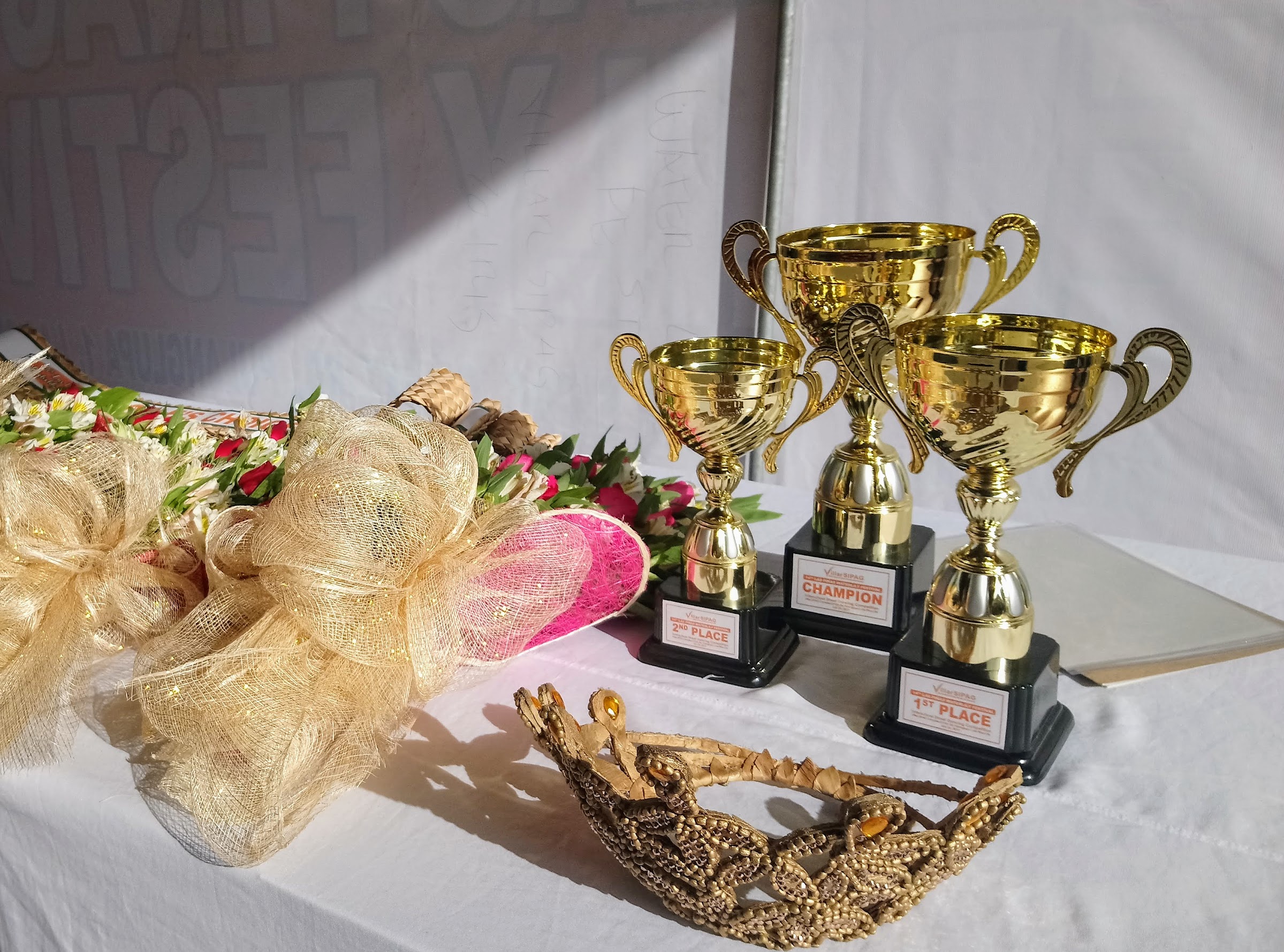 flower bouquets, trophies and crown made from water hyacinth 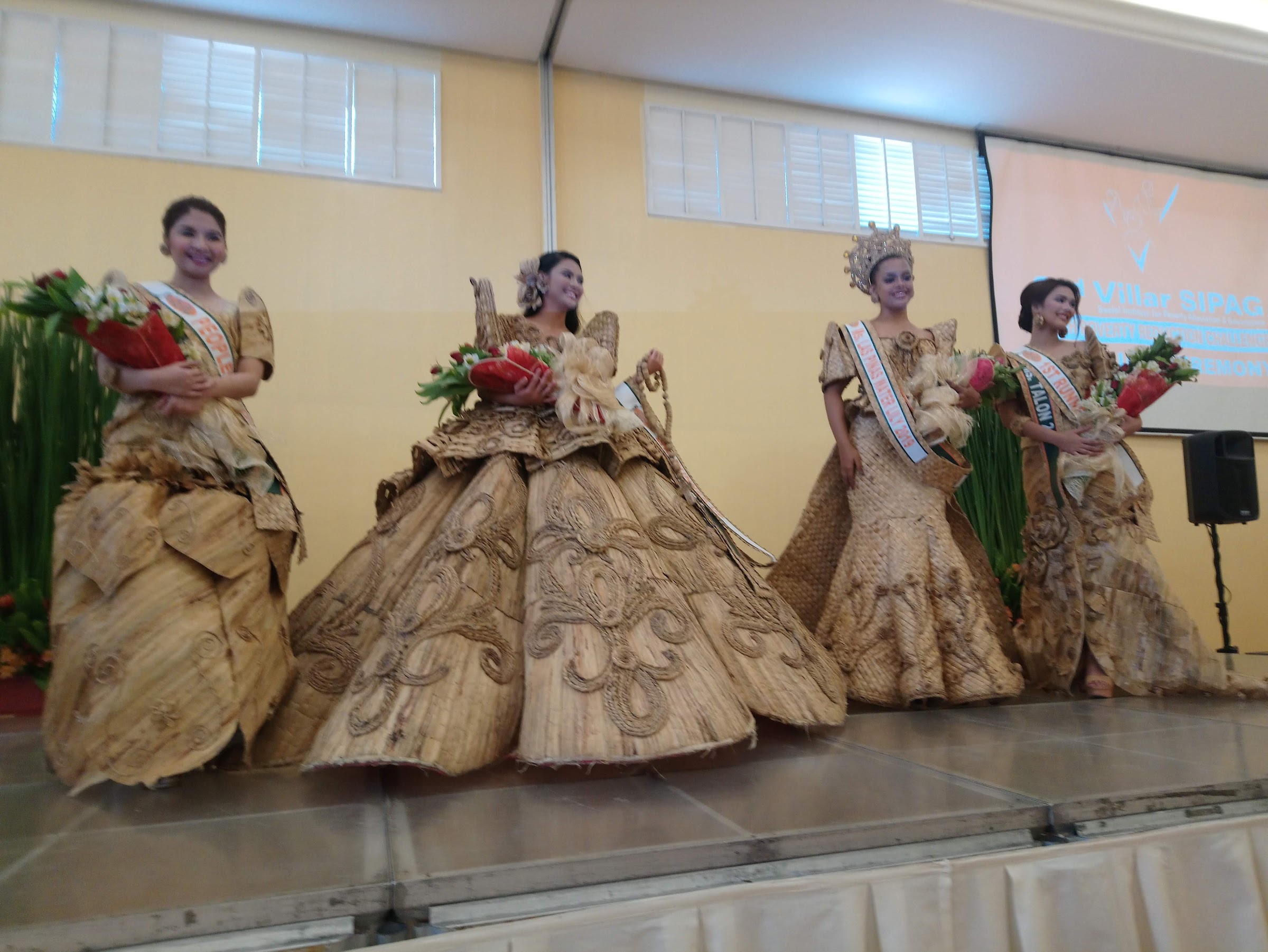 One of highlights of the Las Piñas waterlily festival is the search for the city’s most beautiful lady which had the intelligence, poise, grace, physical beauty and able to wear the costume made from water hyacinth.

Candidates were also chosen for their communication skills and involvement in community service.

The national costume are quite spectacular but for some participants, it is quite hard to carry the dress specially when going up the stage.

The well-known design Mak Tumang revealed that he made seven sketches, four prototypes and three gowns with the help of 16 artisans for Catriona’s evening gown.

The gowns, he said, took 2,712 hours of “fastidious process” to create, using over a million pesos worth of materials.

Michele Gumabao made the country proud by winning two special awards and landing a spot in the Top 15 in the 2018 Miss Globe held in Tirana, Albania. The pageant was held early morning at 1:00 am (PHL Time) October 22 or October 21, 2018 Albania time.

She also bagged the Miss Social Media and Dream Girl awards while finishing at the Top 15.

The 13th annual Water lily festival was the brainchild of Las Piñas famous daughter Senator Cynthia A. Villar was packed with families, school children, foreign and local tourists who flocked to the city to marvel at the exhibit display of creative and innovative water lily products and to participate in the handmade paper demonstration using the versatile aquatic blooms.

The water hyacinth ( Eichhornia crassipes) is commonly called by local folks as water lily. This is a non-native, pan-tropical water plant introduced during the later part of the 16th century in our country from Central and South America. Water hyacinth is a free floating aquatic plant and can clog water ways.  This can reach a height of about 1 meter.

2.) Street Dancing Parade – Students of different schools within the city had participated at the annual street dancing parade. The participants were already at the site by 5:00 am.

Participant groups, with maximum of 50 members each, were required to submit their unique concept synopsis with waterlily as its main component in the costume and props.

The pre-judging was held few days ago prior to the announcement of winners. Biggest criteria for judging the winners was 40 percent for the uniqueness and creativity of the contestants’ mestiza ternos, which must be made of 100 percent waterlily and should reflect the natural color of the aquatic plant. Other criteria for judging were physical beauty, 30 percent, and intelligence and wit, 30 percent.  The annual pageant was participated by the 13 barangays.

4.) Awarding of 2nd Villar Sipag Youth Poverty Reduction Challenge – There are over 150 entries from different parts of the country.  6 were chosen from Luzon, 2 from Visayas and 2 from Mindanao. This competition was designed to encourage and empower the Filipino youth to embark on activities that will help address poverty related issues in the country.

Senator Cynthia A. Villar with well-wishers and guests

5.) Birthday Celebration of Senator Cynthia Villar– A simple birthday gathering and salu-salo was held after the awarding of the winners.

Search for the annual Aliwan Festival 2017 Queen comes to a culmination when 20 Festival Queens from different regions of the country .

Now on its 15th year, the Manila Broadcasting Company, organizer of the annual extravaganza, presented to the press the 20 official candidates during a special presentation held at Maxim’s Hotel held yesterday April 18 at Resorts World Manila in Pasay City.

The pageant night will be held at the outdoor stage in front of the Aliw Theater at the Cultural Center Complex on Friday, April 21, with the coronation night following the grand parade on Saturday, April 22.

There will be a trade fair , street dancing and people from all walks of life are encourage to participate . The street dancing festivities will start at the Quirino Grandstand, Manila at around past 3:00 pm and will end at the Aliw theater , Pasay City