The joint issue between Philippines and Thailand which commemorates the 70th anniversary of the establishment of diplomatic relations between the two countries.

The stamp which features carabao and an elephant, the national animals of the Philippines and Thailand respectively. The stamp and first day cover launched in a ceremony at the Department of Foreign Affairs (DFA) on June 14, 2019 Friday. 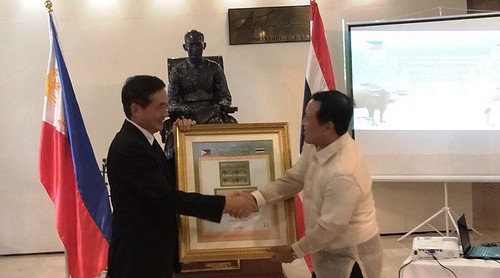 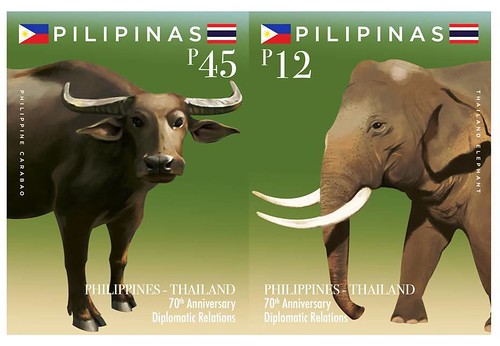 The carabao and the elephant were selected not only for their status as the national animals of the Philippines and Thailand, but also for the values they embody.

In Thailand, the elephant is regarded as sacred and symbolizes the country’s glory, history and culture.

The carabao represents strength of character and perseverance of the Filipino people.

The animals symbolize the strong friendship of the two countries,which was established on June 14, 1949.

Thailand is one of the Philippines’ major trading partners.

The two countries are founding members of the Association of Southeast Asian Nations, which was established in Bangkok in 1967. 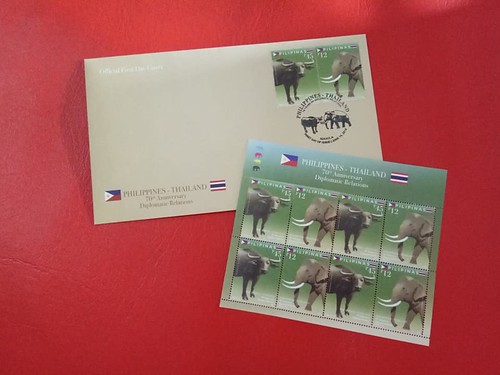 stamps, souvenir sheet and first day covers form a complete collection. Philippines- Carabao had a denomination of Php 45.00 while the Elephant had a face value of Php 12.00 can the stamp can be used in sending letters, postcards or parcels.

The stamps, first day covers can be purchased at the Manila Central Post Office in Liwasang Bonifacio, Ermita, Manila.