Department of Environment and Natural Resources- Biodiversity Bureau celebrated International Day for Biological Diversity on May 22, 2019 . 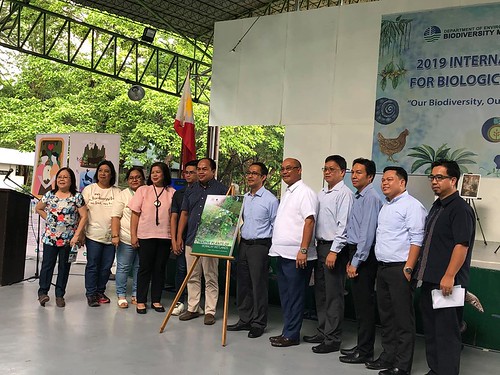 The event started with a welcome remark from Ms. Armida P. Andres (OIC Assistant Director -Biodiversity Management Bureau) past 8:30 am. 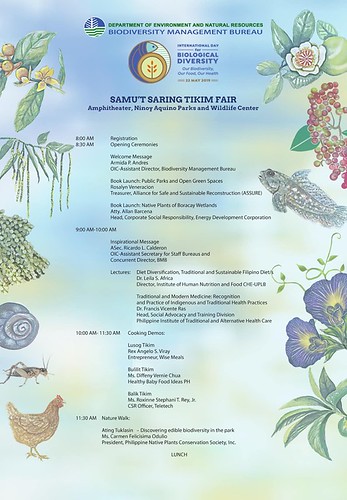 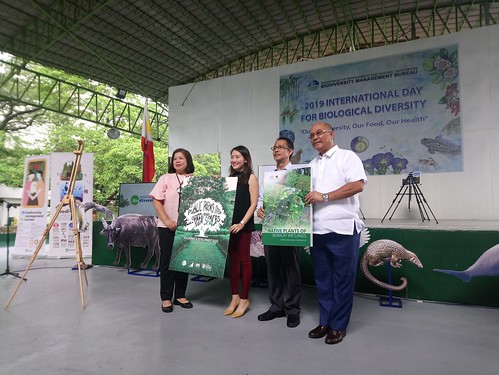 There were also lectures by Dr. Leila S. Africa – Diet Diversification, Traditional and Sustaninable Filipino Diet/s . She is the director -Institute of Human Nutrition Health practices. 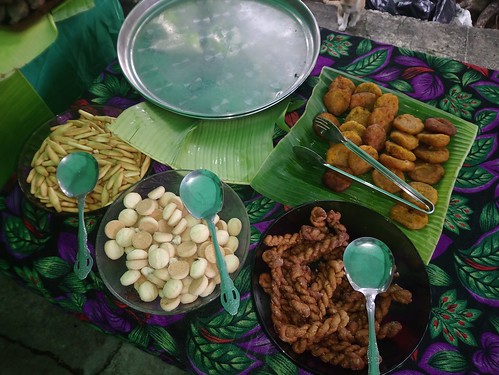 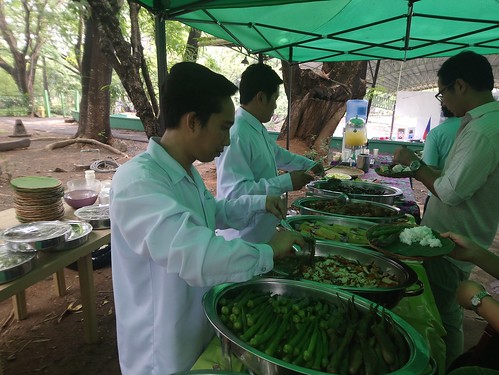 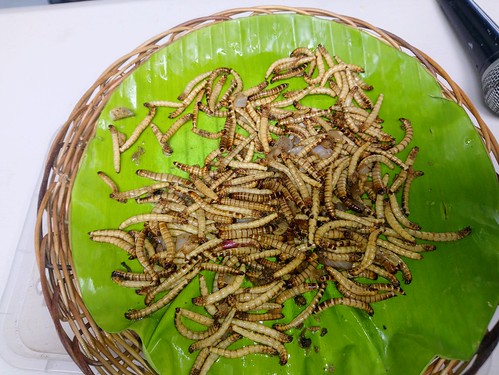 Some of the dishes included insects which generated a lot of interests among the visitors ,guests and denr staffs. 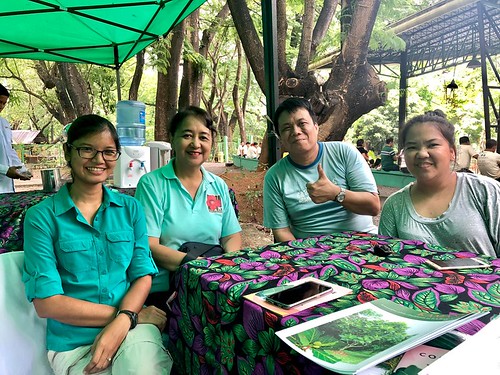 After the hearty morning meal and lunch, Philippine Native Plant Conservation Society Inc. by Ms. Carmen Felicisima Odulio and volunteers by the organization led a native / edible tree walk within the park. 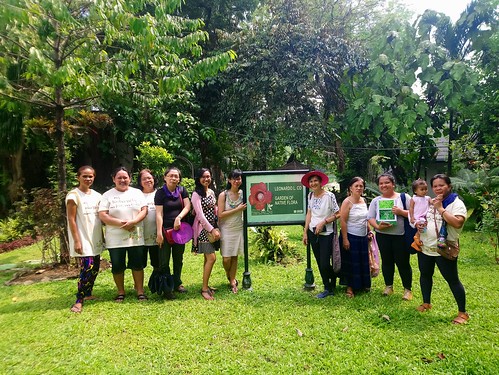 The tree walk started around past 1:00 pm and ended past 2:30 pm with over 25 participants from nearby barangays in Quezon City, Tandang Sora and University of the Philippines.

Philippine Plant Festival 2019 is just barely one month away, This is much anticipated plant show and bazaar was organized by D’true Philippine Horticultural Society Inc. 1976 under the leadership of President Remedios Rodis Remedios -Santelices and Vice President May Tolentino  in cooperation with Department of Environment and Natural Resources, Ninoy Aquino Parks and Wildlife Center in Quezon City with media partners Manila Bulletin, Walkwithchan and  blogging community.

The show is in partnership with the country’s leading plant organization and plant group such as Philippine Bonsai Society headed by D’ Felicidad Sanches-Gupit and Mr. Bobby Gopiao.

There are two entrances, one is at Quezon Avenue and another one is at North Avenue entrance.

Note: Entrance fees at the Ninoy Aquino Parks and Wildlife is Php 15 for students and senior citizens with valid Id’s, Php 30 general public .

group photo
There were a lot of interesting and educational  booths from government attached agencies like  environmental management and sustainable development to reduce waste, improve processes,  , business value, private businesses , corporate and even international funding agencies .

Mr. Russ Cuevas designed a gown from recycled plastic
The event started past 10:00am with a fashion show by the Fashion Designers Association of the Philippines  or  FDAP members using local, native and recycled materials in the fashion show and a cultural presentation showcasing native dances and interpretative dances .

Mr. Edwin Uy together with his creation of different Philippine costumes made from indigenous materials

Senator Loren Legarda
” We must concretize our participation in climate action and make it part of our daily living bu adopting a low carbon lifestyle , which is the conscious effort by individuals and communities to change their daily routine and practices to reduce carbon dioxide emissions and to create carbon dioxide sinks. Learning how to manage our local resources will eventually lead to the sustainability of our country .
Among the important legislature that Senator Loren Legarda had authored included :

Mindoro Biodiversity Conservation Foundation Inc.
The vision of MBCFI is “the long-term conservation of Mindoro’s native and endemic wildlife and their natural habitats for the benefit and wonder of future generations of all peoples who may inhabit and share the natural resources of this island”. On the other hand, the mission of MBCFI is “to enhance and enable the conservation of Mindoro’s unique and threatened environment, biodiversity and natural resources into perpetuity through the establishment of integrated biodiversity conservation and development programs”.
The volunteers gave away interesting pamphlets , button pins and postcards to the visitors to appreciate and to create awareness.
Website: http://site.mbcfi.org.ph/

Unicef-Philippines
One of the first UNICEF offices established in Asia, it works to uphold the rights of children in the Philippines, including their right to an education, healthcare and protection from abuse and exploitation. It also advocates for political change in support of children, and works with partner organizations from the public, charity and private sectors, to effect change. For those wanted to help the group, Please try to visit the site.
Website: http://www.unicef.org/philippines/
Facebook: https://www.facebook.com/unicefphilippines/

solar powered vehicle made by the students of Mapua Institue of Technology
There were also interesting trade fairs and community booths selling recycled products like mats, bags , wallets and fashion jewelries .

floor mats , rugs , bags and wallet made from recycled cloths
There are also interesting lectures , talks and open forum were the public can actively participate .
2nd  Environmental Summit was managed by Artistespace, which is the event organizer from planning to executing events and digital marketing solutions.
For those who wish to come , The Entrance is FREE and the event will be until June 24, 2016 . Please mark this in your calendar .
Please try to visit the website

early birds gets the best place at the concert grounds

Kababaihang Iisa ang Layuning Umunlad ang Sambayanan or KILUS   Foundation is an  all women organization consisting of 500 strong women force based on Barangay Ugong, Pasig City.The  primary objective is to help clean up mother earth and give livelihood to our less fortunate constituents.

bags made from recycled tetra packs juices and spaghetti sauce

It was my first time as a writer/ blogger  to join the country’s longest-running environmental awareness concert for Mother Earth, Earth Day Jam, stages a brand-new environmental campaign, bringing on the critical global climate change issue straight to public’s doorstep. The FREE public concert started in Subic , Zambales as a small gathering of artists and environmental advocates 12 years ago.

Kalayo started the performance with a bang

Earth Day Jam 2013, which has turned into a traditional annual venue for aspiring and established Filipino  pop artists over the years, is seeking to bring in more personalities to embrace the concert’s pro-environment campaign.

There are also around a dozen advocacy booths which promotes their advocates such as waste recycling , selling of t-shirts for the foundation and eco-friendly transportation .

Department of Environment and Natural Resources ( DENR ) advocacy booth gave away FREE tree saplings for those who are interested in planting  tree seedlings in their backyard . The officials from the agency also gave away interesting leaflets , posters and booklets on how to save mother nature and the environment .

Note: I would like to ” Thank” Mr. Ross del Rosario for the warm invitation extended to us, Ms. Lou Bonnevie and Ms. Carol

All photos are taken by the author, to those people who would like to use the pictures for any purposes please link this site.

Now on its’ 13th year , Earth Day Jam 2013 in cooperation with Department of Environment and Natural Resources, City of Taguig , Earth Day Foundation . This is a FREE concert by artists which aims to create awareness in the environment . Some of the bands performing includes Calla lily,Rivermaya,  Ms. Barbie Almabis, Rocksteddy, Barbie, Moonstar 88, Lou Bonnevie and Kitchie Nadal among others .

Here is the information: