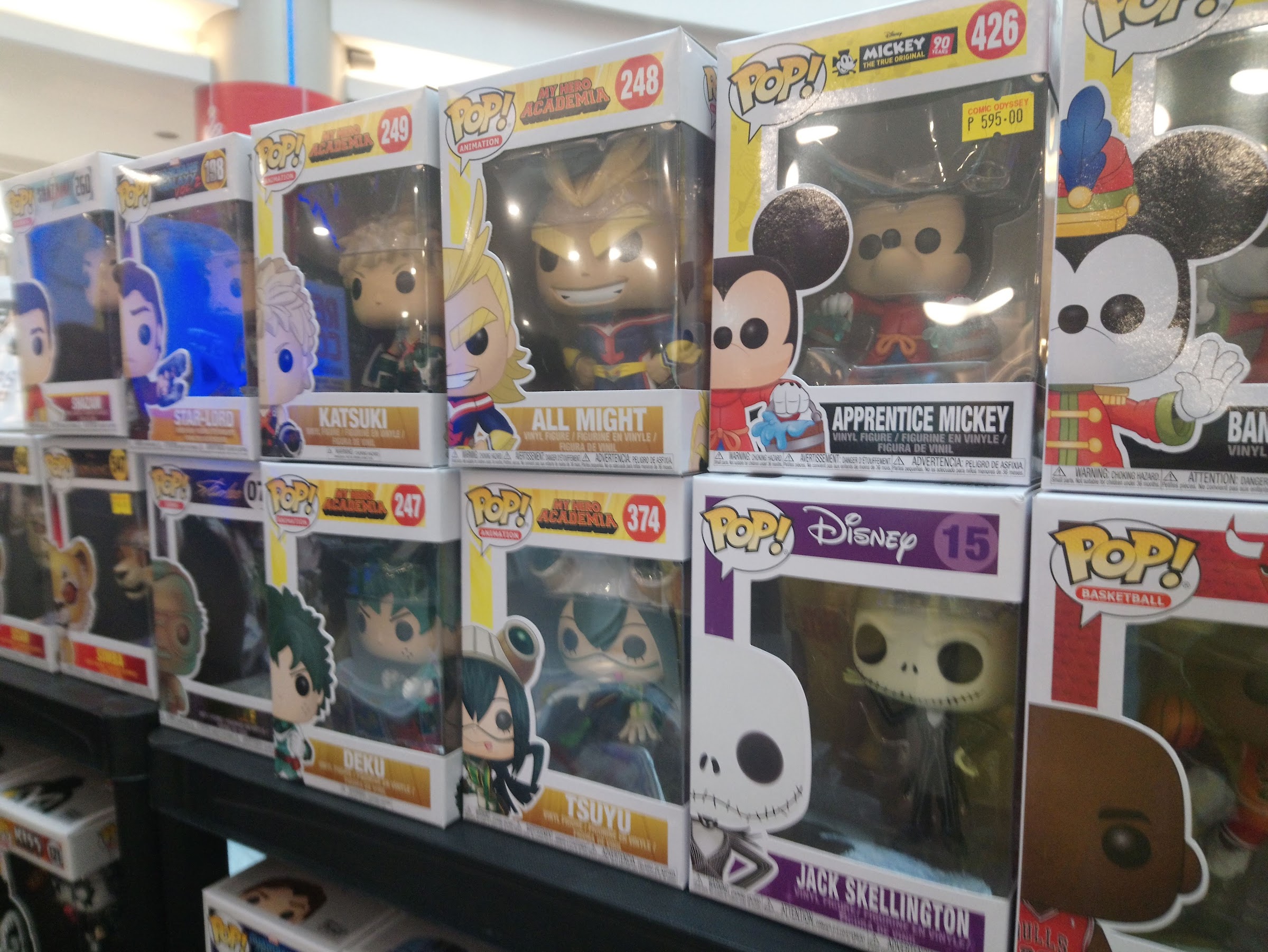 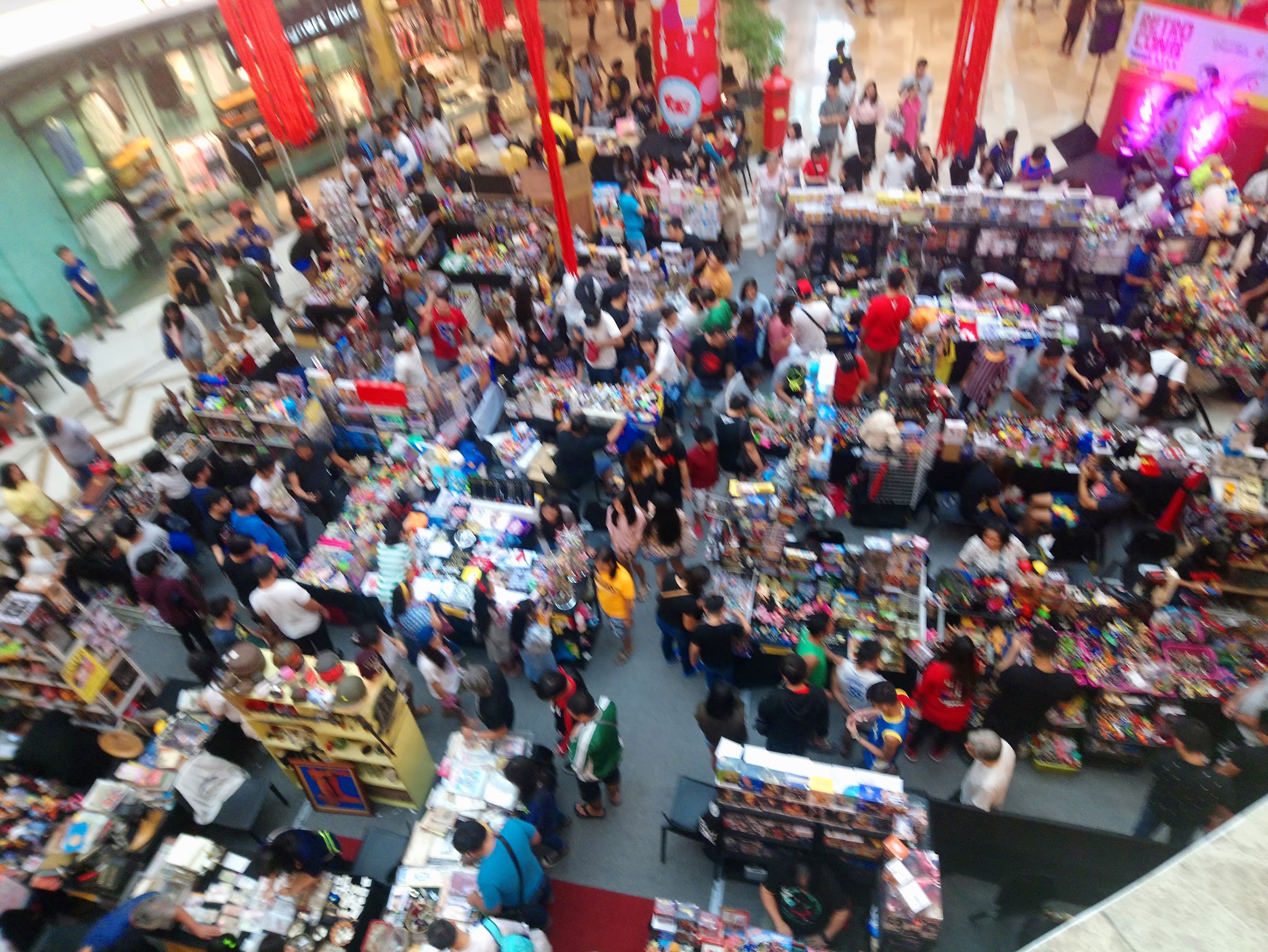 crowd at the RetroCon 2019 in Luckytown China Mall 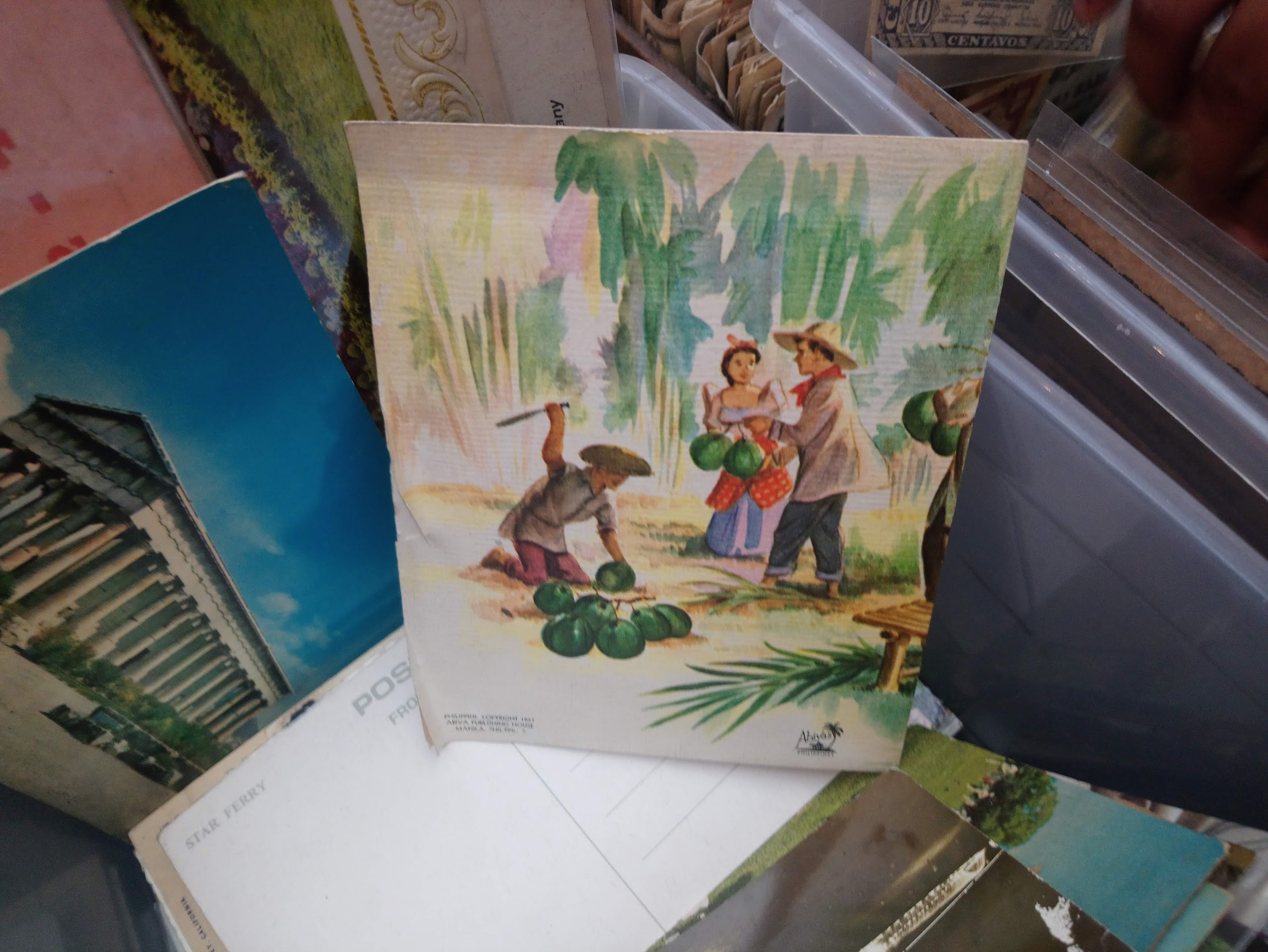 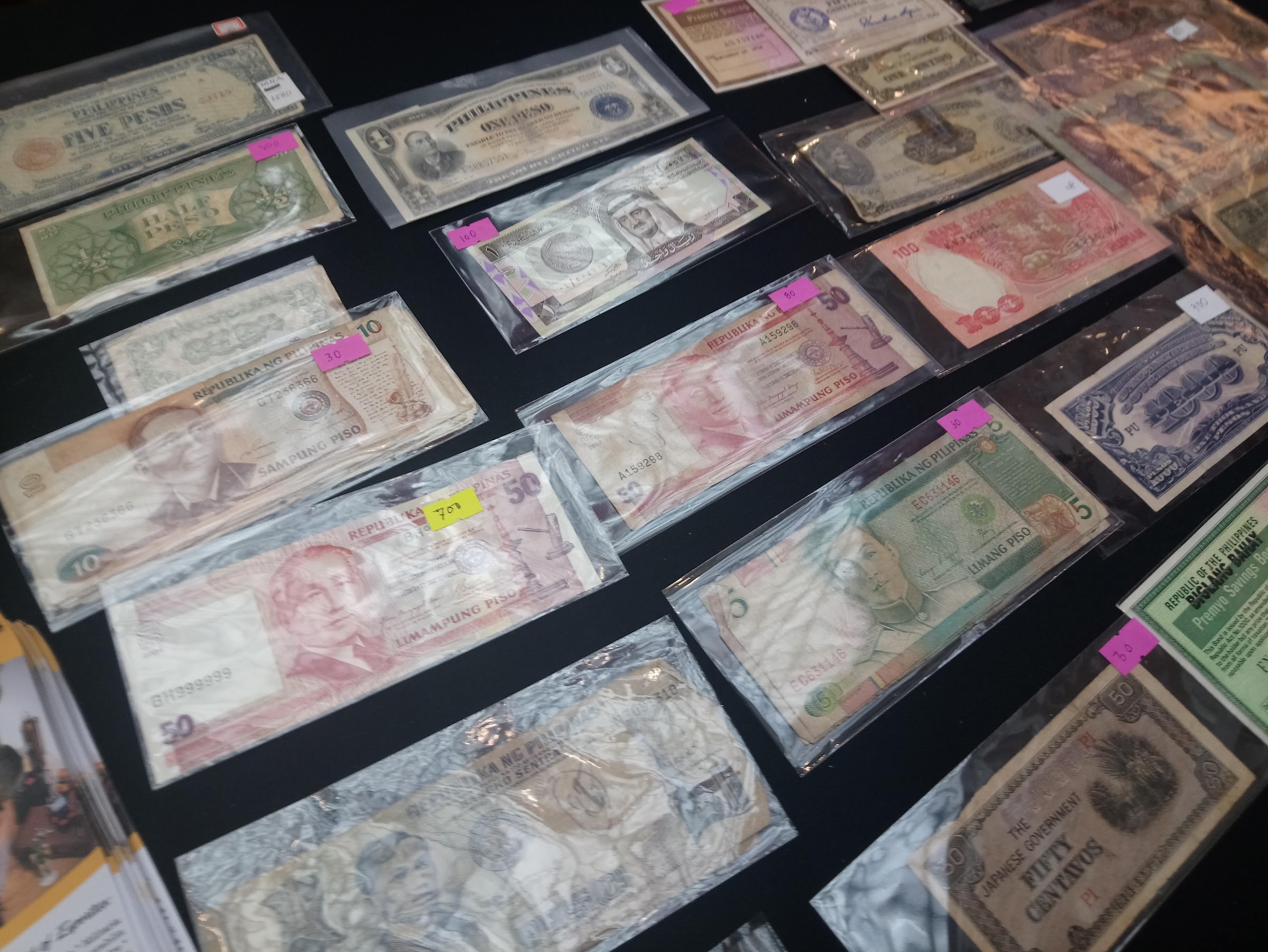 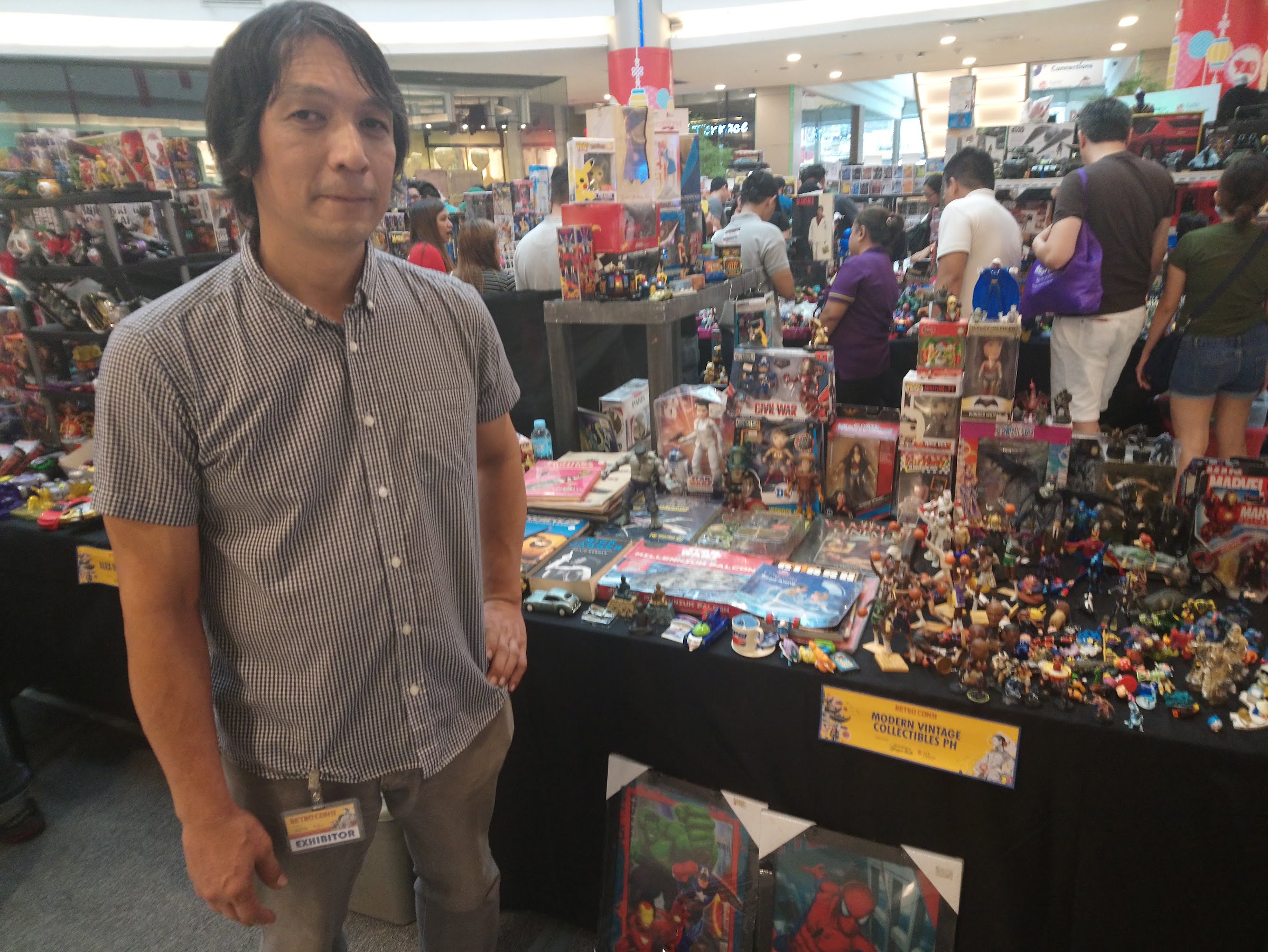 5.) Modern Vintage Collectibles– This is the booth which specializes on modern, vintage toys and other stuff which are collectible. 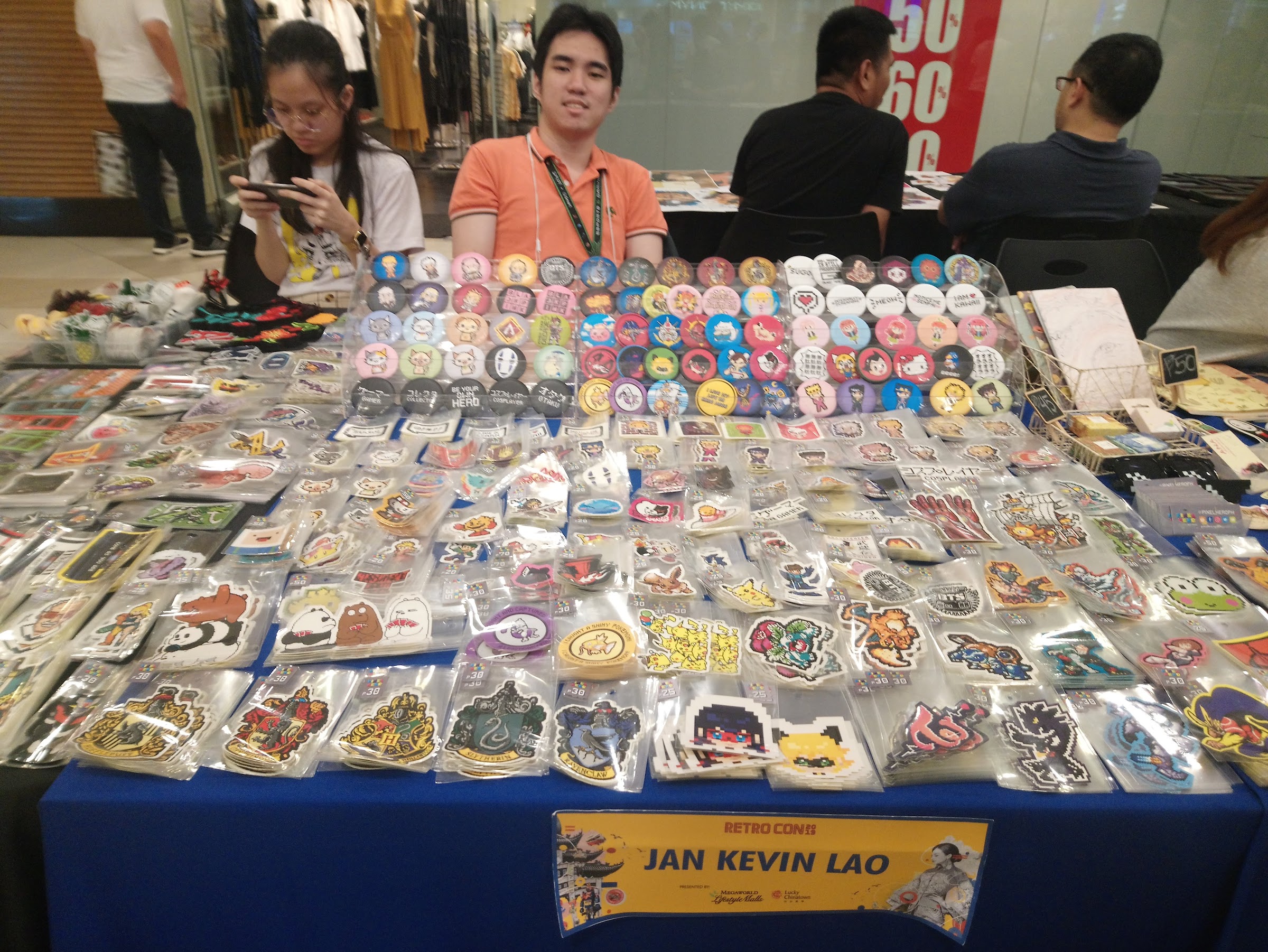 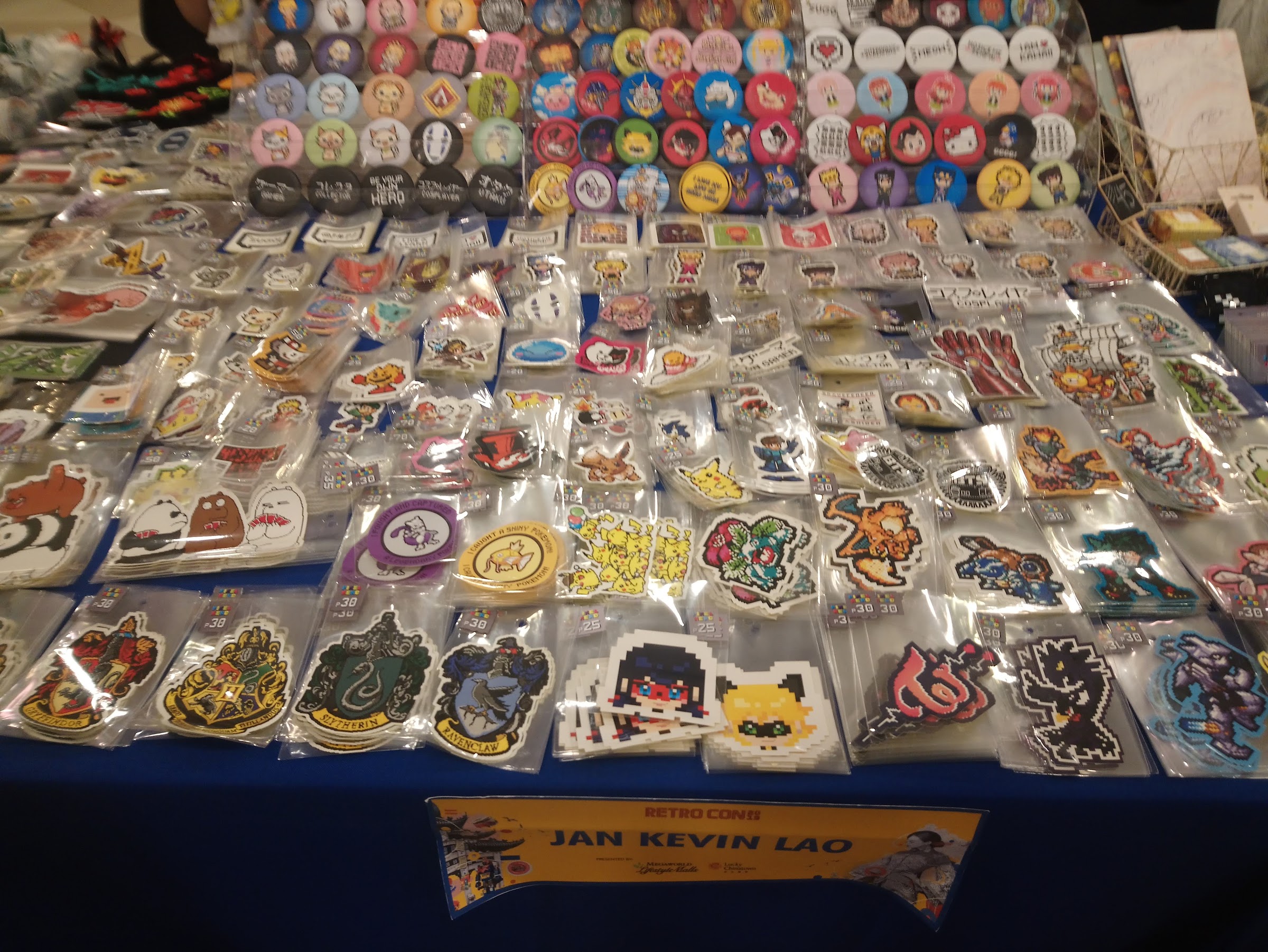 4.) Pixel Hero PH– This booth specializes on pixel art, button pins and stickers with hundreds of different designs to choose from. 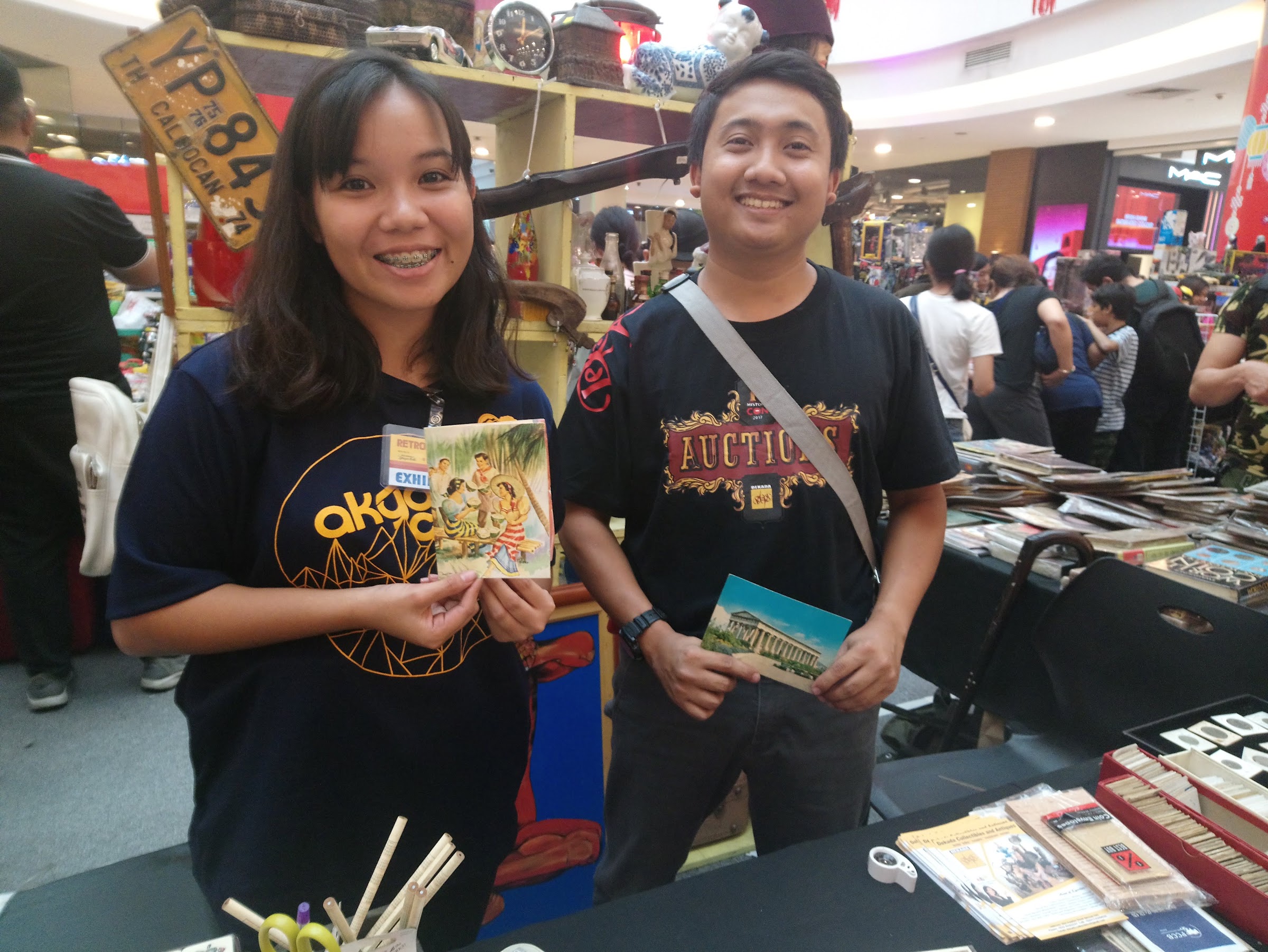 3.) Dekada Collectibles and Antiques– This booth had a lot of items for sale. I have bought several old postcards. 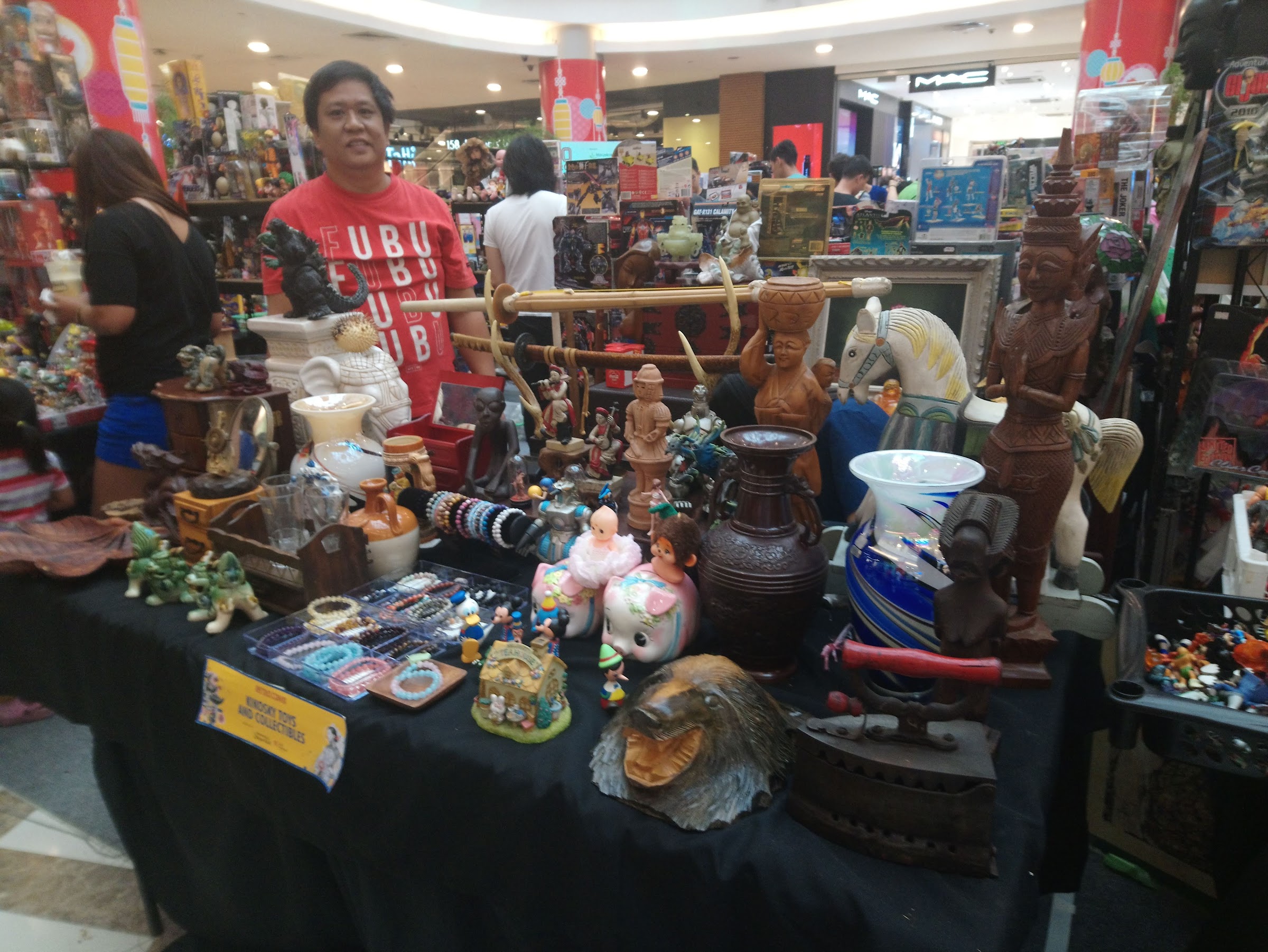 2.) Kikosky Toys and Collectibles – Nice booth with a lot of interesting stuffs and collectible items. 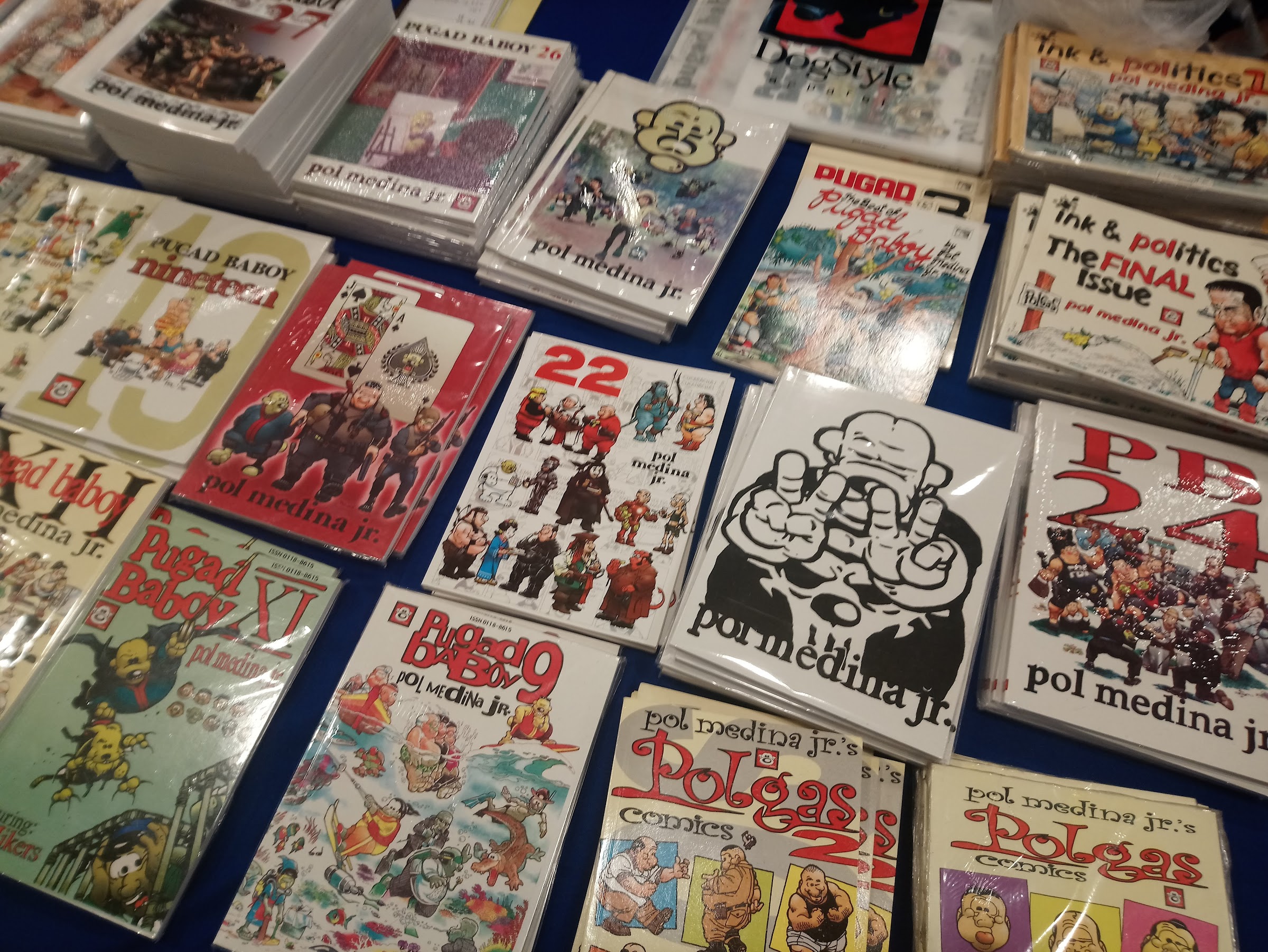 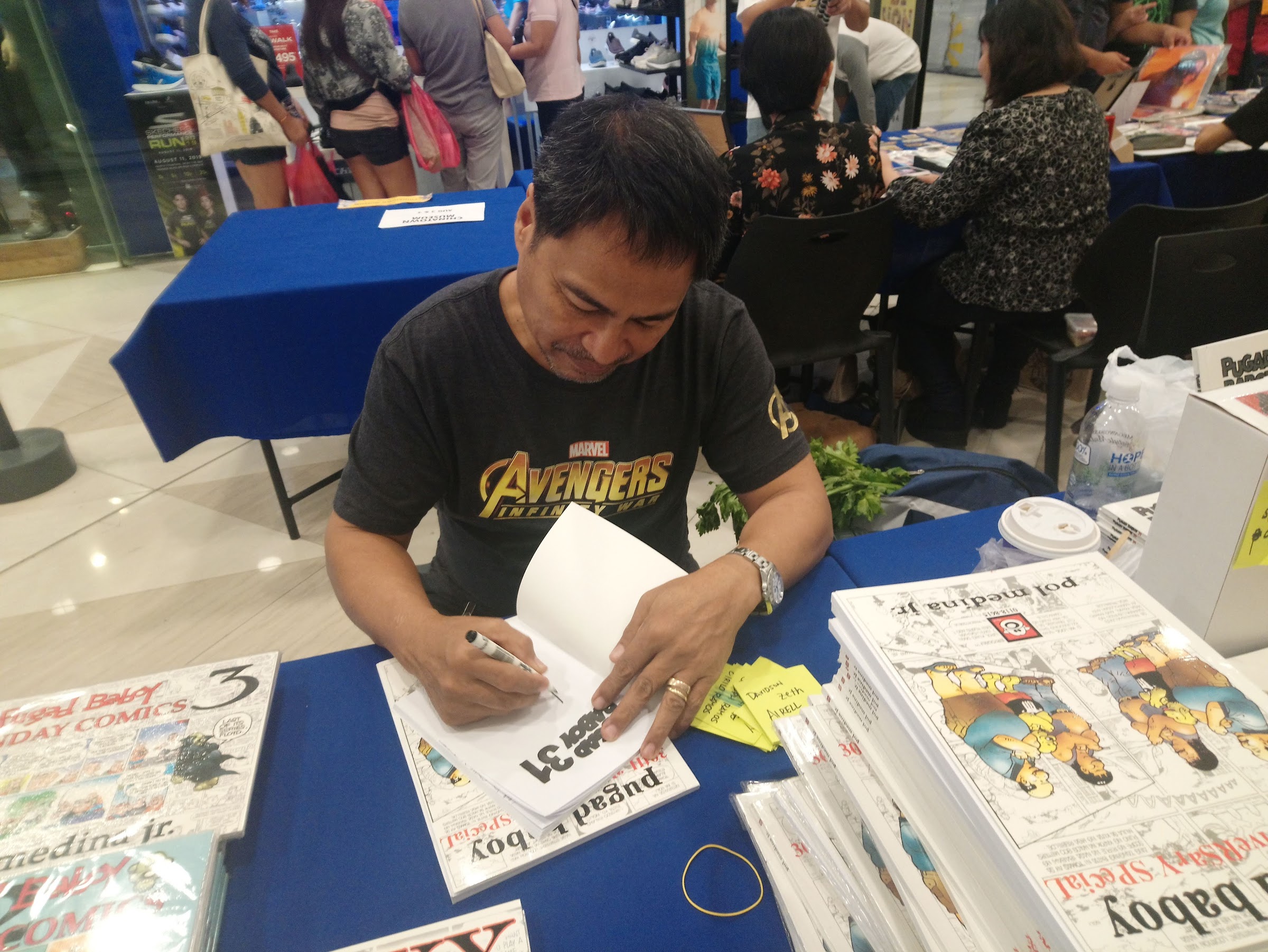 1.) Pol Medina Jr. and Comic book artists booth- One of the best time to meet these people who illustrate creative works of art.

RetroCon 2019 will be having a much bigger event slated next month at SMX Convention Center, Pasay City.

Retrocon 2019 is a gathering for all collectors, fans, enthusiasts and admirers of vintage items, collectibles, memorabilia and anything of value which remind them of not so distant past. 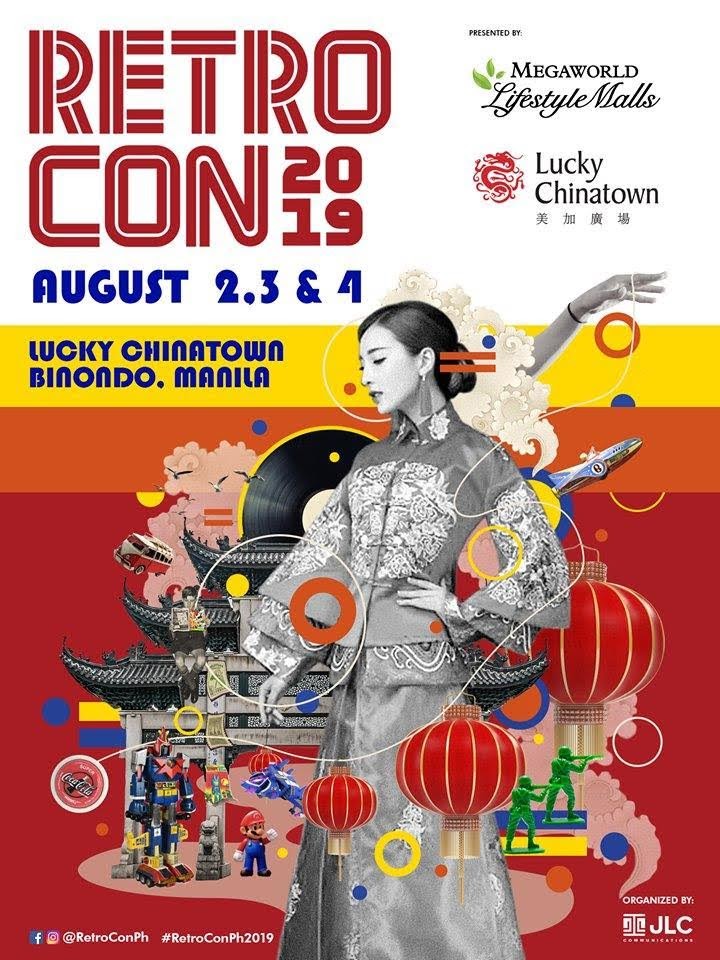 There will be a lot of side events like meet and greet, stalls, talks, games at the three-day event which will happen on August 2,3 ,4 at Lucky China Mall in Binondo, Manila.

This will be the 4th time that the Retro Con will be held, the first two edition was held at the iconic Ali Mall in Cubao, while the last one was held in Bonifacio Global City (BGC).

Retro Con 2019 is one of its kind and is aiming to bring in collectors and vintage collectibles in one venue for the appreciation of the public.

The photo exhibit  were composed of 28 4‟ x 6‟ panels and a 10-minute video capturing the faces of children, the scenery, stories of  people who speak about the conflict within the conflict areas of Mindanao .

photo caption : An entire battalion of the First Mechanize Brigade pose for a group photo before they leave for combat operations in the Mamasapano area.
Their commanding officer said:”Kunan niyo kami ng picture habang buo pa kami. Baka pag balik anmin mamaya, kulang na kami.”
(Please take our picture while we are still complete. When we come back, we may not be complete anymore.)
Photo taken at Barangay Kabingi, Datu Saudi-Ampatuan, Maguindanao on March 15, 2015

Entitled, “Children at the Crossroads” by Mr.  Jun de Leon’s photographs with stories by An Alcantara will be on display until from June 6 to  June 10, 2016  at the main lobby area of Lucky Chinatown Mall in Binondo , Manila.

This exhibit is the 10th of the series of exhibits which aims to raise awareness on the effects and impact of armed conflict in the Bangsamoro on children. This is a very sad reality in which over 120,000 people were killed in the ongoing insurgency problems in Mindanao ( 1970 to 1996) .

This is a roving exhibit within the country  and will be visiting malls , schools and exhibition places.

row of M16hang on a window of a farmer’s hut at Camp Afghan ( photo taken on Guindulangan, Maguindanao -March 12, 2015)

A pair of kuliglig , farm carts , usually used to carry harvest of corn , rice or vegetables to market are converted to mobile homes when families are forced to evacuate from their communities . These are carabao -drawn or, if the families can afford it, pulled by Kubota tractor . Some have potable solar panels, which they use to charge their cellphones- Barangay Nabundas, Mamasapano, Maguindanao on  March 13, 2015  .

when i think of home

This exhibit is organized by the Office of the Presidential Adviser on the Peace Process (OPAPP), in partnership with Australian government -Department of Foreign Affairs and Trade ,  Lucky Chinatown Mall management .

This photo exhibit is FREE and can be viewed during mall hours .

Gerry’s Grill launched their 54th branch at the Lucky Chinatown Mall in Binondo – Manila .  I was quite lucky to be invited to the grand launching event.

We always eat at Gerry’s Grill  Congressional and Trinoma branches whenever we had company guests and important clientele .  Their unique Filipino style  dishes  are the crave of balikbayans, yuppies and even foreigners ! Some of their branches like in Boracay and Mall of Asia have a Department of Tourism seal ! ( getting a DOT accreditation is not that easy !)

a priest blessing the restaurant outlet

The big event was capped with a guest list of  invited  vip’s, celebrities , loyal clientele base,  social media , branch managers and marketing people from the company.

We were given a sample of their signature dish ( tuna sisig) This dish is  far healthier option compared to the traditional sisig made from pork face, ears and fats !

This is one of the favorite signature dishes of the restaurant .

Mr. Gerry Apolinario together with lifestyle and food bloggers