Our Lady of Fatima chapel or FEU chapel is located inside the Far Eastern University campus in Manila. 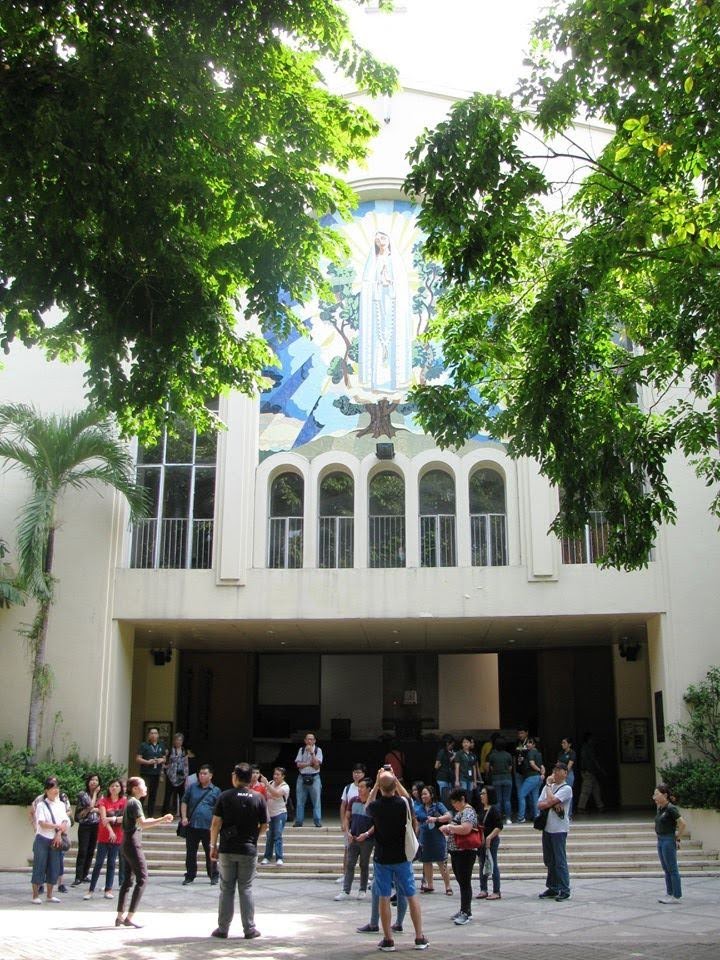 It has long been the source of spiritual strength of the academic community since this was blessed and inaugurated in 1957. It is under the titular patronage of Our Lady of Fatima. The chapel houses priceless religious work of art beautifully crafted by some of the country’s national artists and world re-known architect. the chapel is also known for UAAP championship celebration. 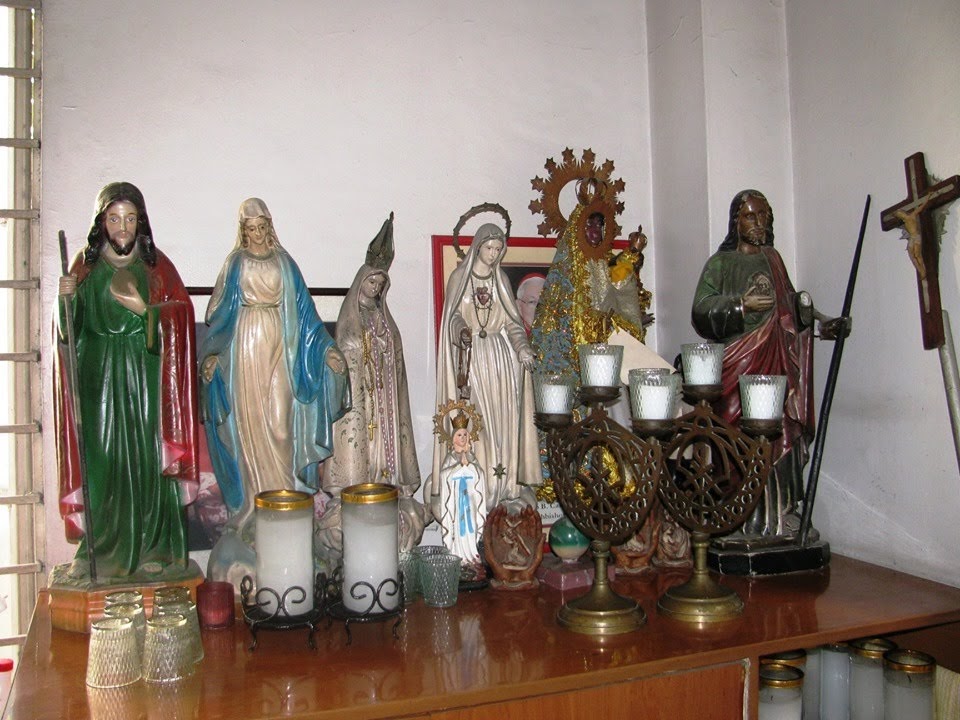 9 Fun Facts about Our Lady of Fatima chapel 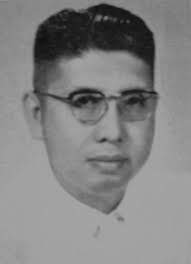 8.) Architect Felipe M. Mendoza– (May 26, 1917 – April 28, 2000) is a renown Filipino architect, urban planner, writer who partnered with Mr. Gabino de Leon and Mr. Homero Ingles in his early years as architect. Then he established his own architectural firm in 1951.

He designed the chapel in 1955 and two other FEU buildings . It took almost two years before the chapel was completed. Among his notable works also included Batasang Pambansa, The Church of Jesus Christ of Latter Day Saints, Development Academy of the Philippines, Philippine Veterans Bank, Assumption College , Antipolo, Sandigan Bayan building among others.

The style is characterized by an emphasis on volume over mass, the use of lightweight, mass-produced, industrial materials, rejection of all ornament and color, repetitive modular forms. 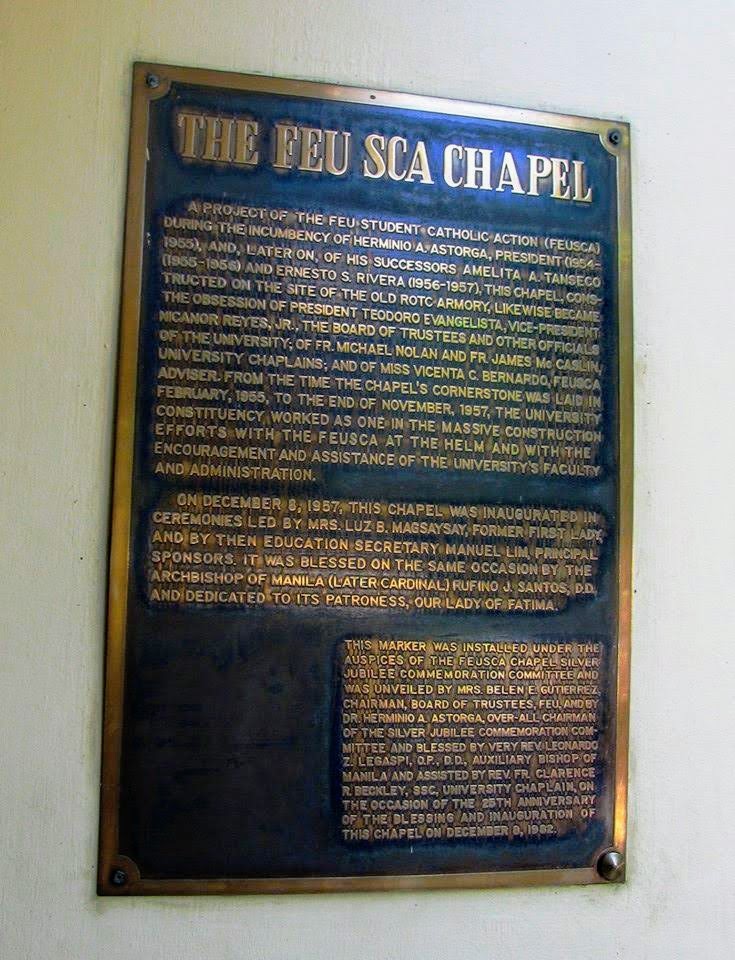 6.) First Lady Luz Banzon Magsaysay and Education Secretary Manuel Lim as  principal sponsors  –  The chapel was inaugurated on December  8, 1957. The blessing was conducted by then Manila Archbishop Rufino J. Santo (who would later become cardinal). The chapel is 62 years-old in 2019. 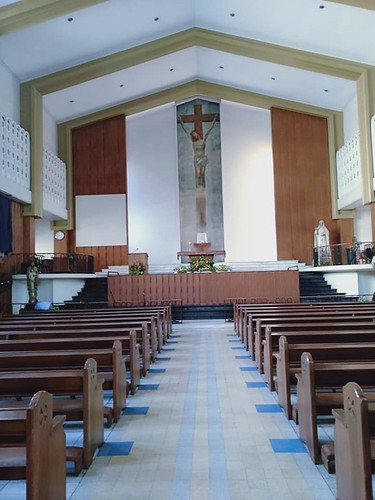 5.)  Sitting Capacity and Standing Capacity – The chapel can only accommodate between 300 to 350 people at any given time. Which is small compared to the number of students, faculties and employees of the university.  The altar area was elevated by 5 feet so that those standing outside can still see it unobstructed from the Tamaraw Plaza, Independence Plaza, Freedom Park, Activist Plaza. Which a further 300 to 500 people can view the ongoing mass of celebrations outside the chapel. 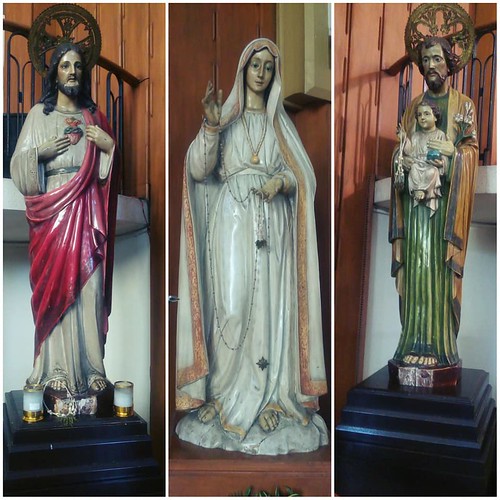 4.) Talleres Maximo Vicente– Several religious icon found inside the chapel are carved by a well -known religious sculptor santorero Mr. Maximo Vicente from Quiapo district. He was commissioned to make the life-sized statues of Sacred Heart of Jesus, Our Lady of Fatima and Joseph with Jesus in the late 1950’s. 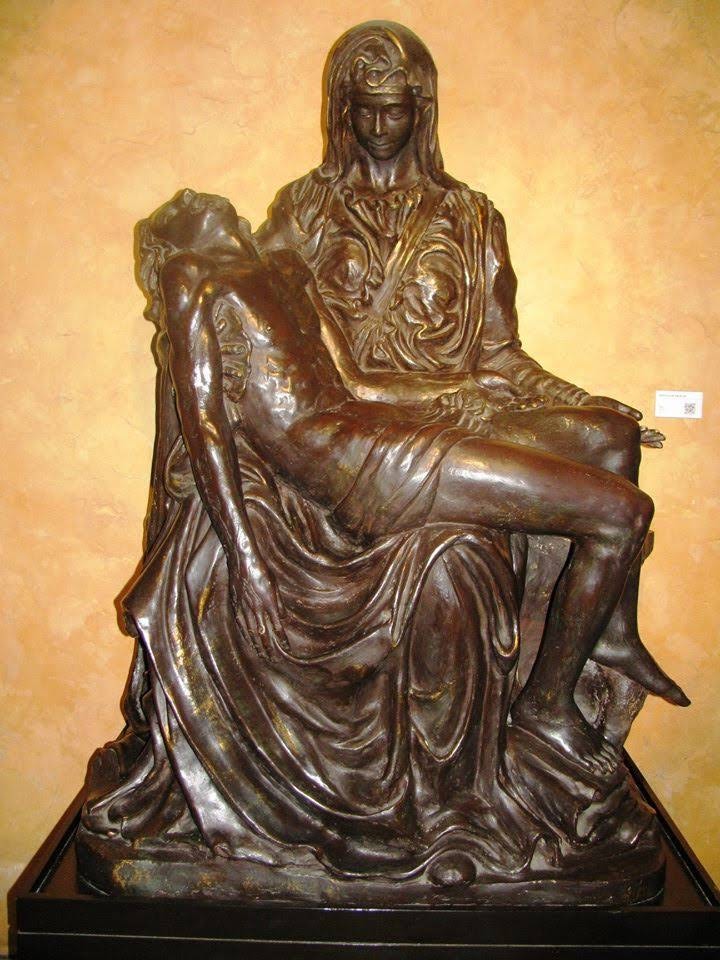 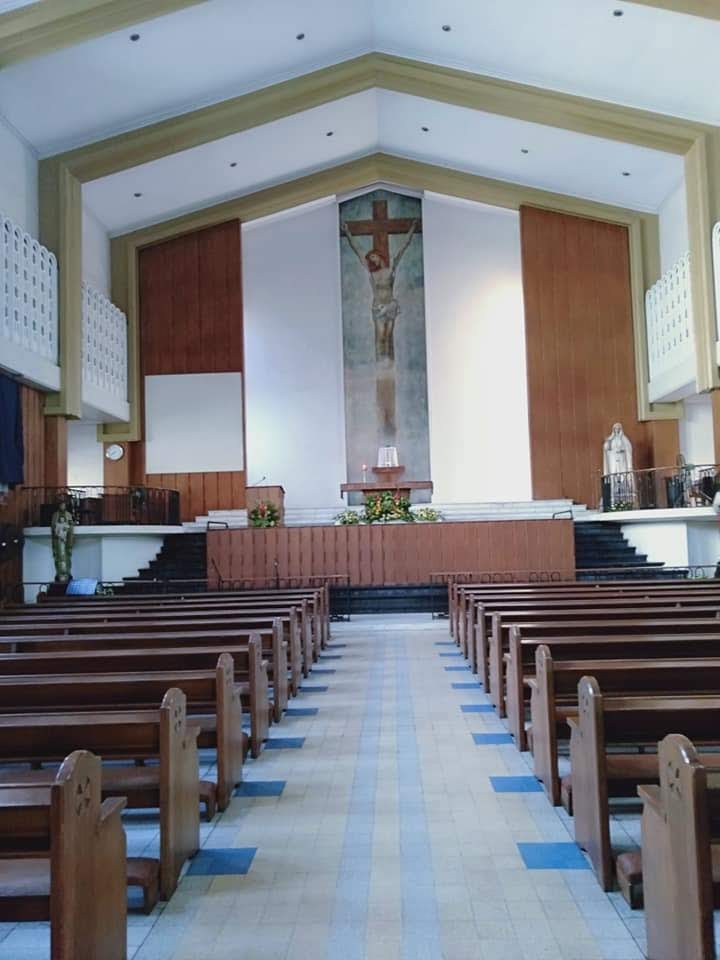 FEU chapel interior- the crucified Christ was oil on canvass by Maestro Carlos “Botong” Francisco. and the halo at the center was for the Our Lady of Fatima. 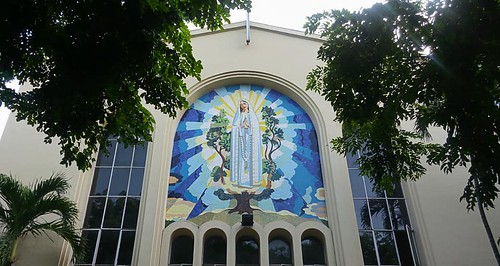 1.) Our Lady of Fatima tile mosaic by Vicente Manansala–  One of the rare works of Vicente Manasala in glossy blue hues for the facade of the chapel.

How to commute and take public transportation:

1.) From East side of Metro manila : Ride the LRT-2 Station and alight off at Recto Station. From there, look for Jeepneys bound to Morayta ( Nicanor Reyes Sr. street) . Ask the driver to alight you at FEU gate #4.
2.) If you are coming from the North or South:  Ride the LRT-1 and alight off at Doroteo Jose Station.  From there, look for Jeepneys bound to Morayta. Ask the driver to alight you off at FEU gate #4.
3.) From Novaliches/ Blumentritt / Retiro area: Take a Blumentritt route then take Dimasalang- UST – Padre Campa route.
4.) Fairview area: Take jeepney with Quiapo route or bus , take off at Lerma street. There is an underpass.
Photo courtesy of Mr. Dennis Maturan, a participant of the Balik FEU and UE campus tour
Note: There is a FREE guided tour conducted by the author or FEU tour guides (by special appointment) At least 1 week in advance reservation.

Commemorative marker inside the chapel