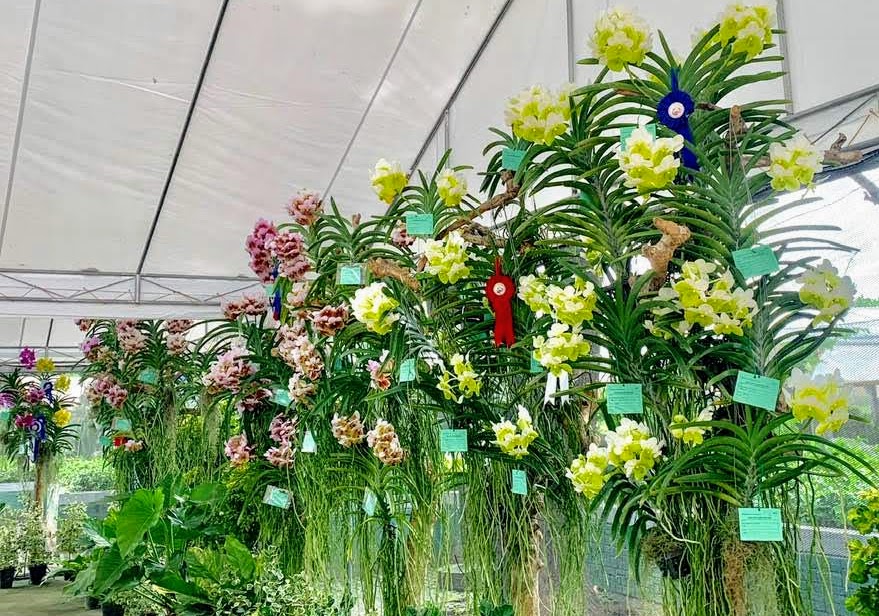 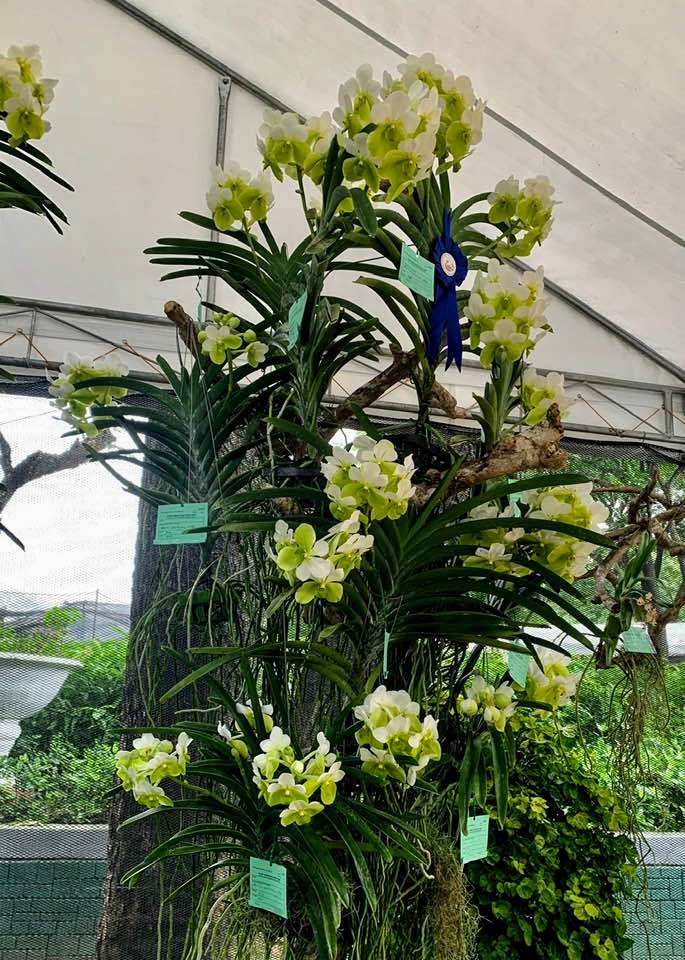 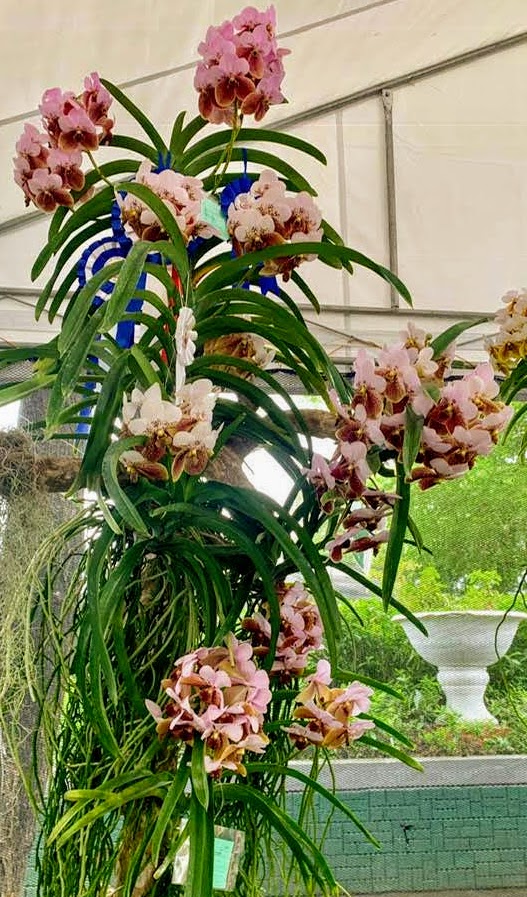 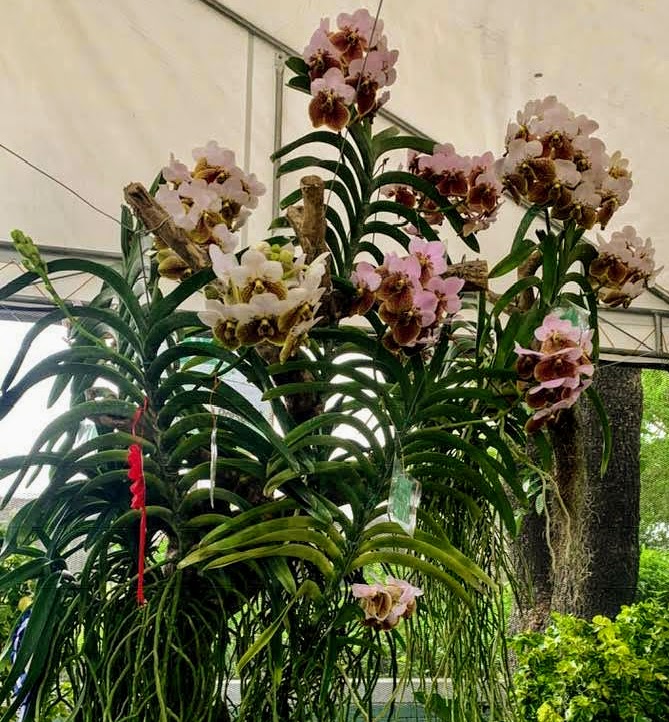 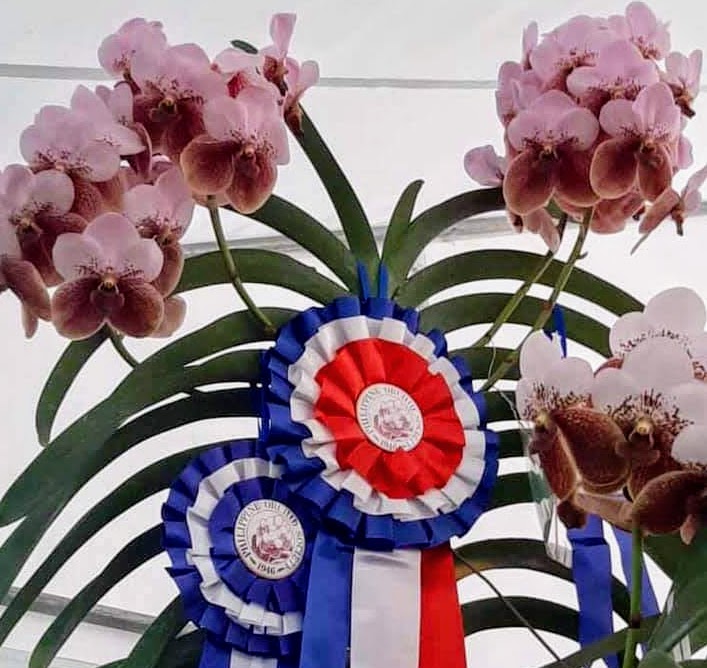 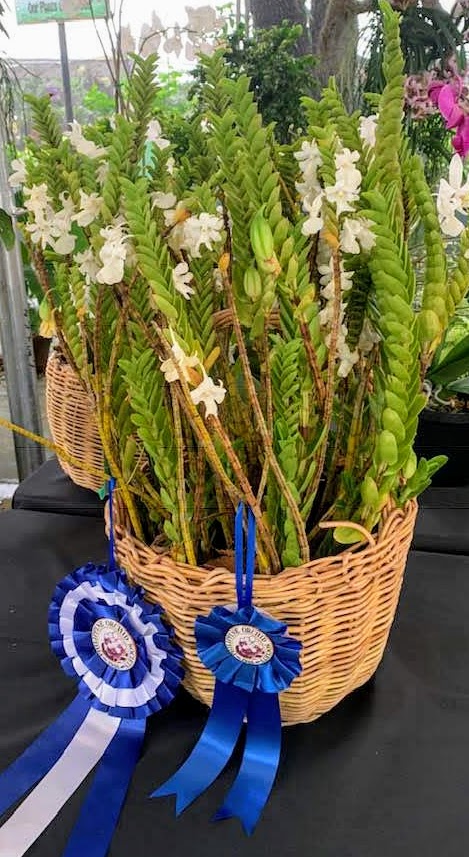 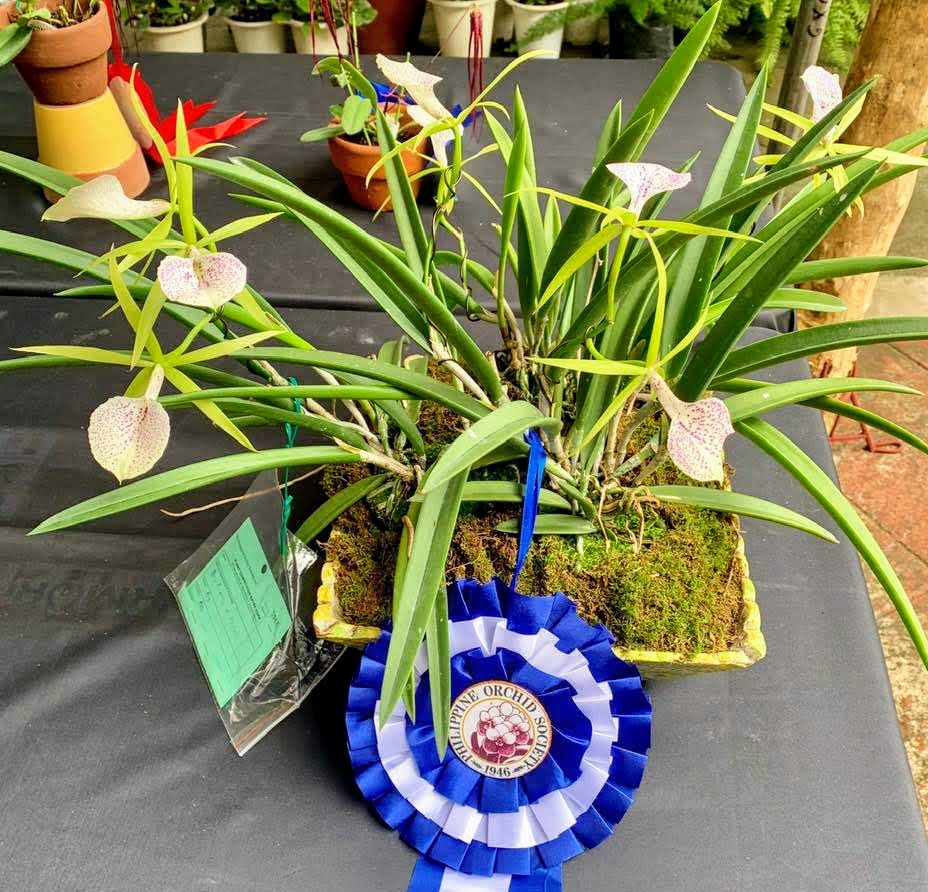 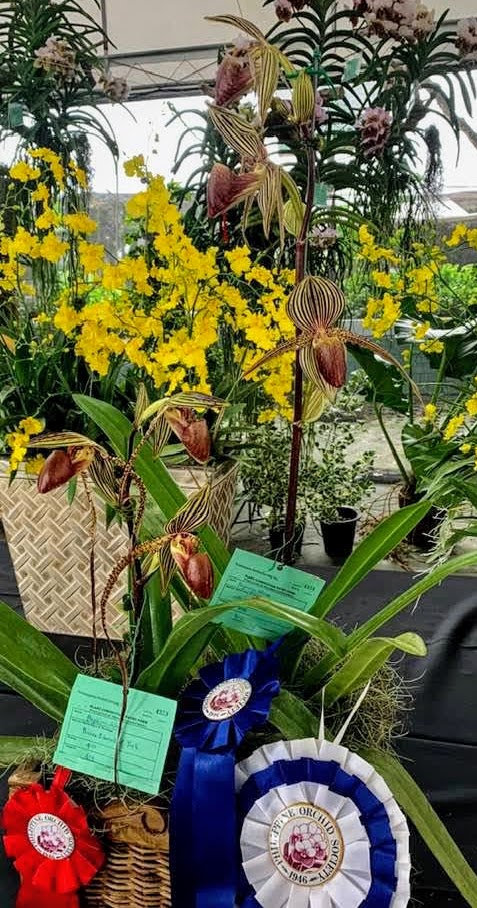 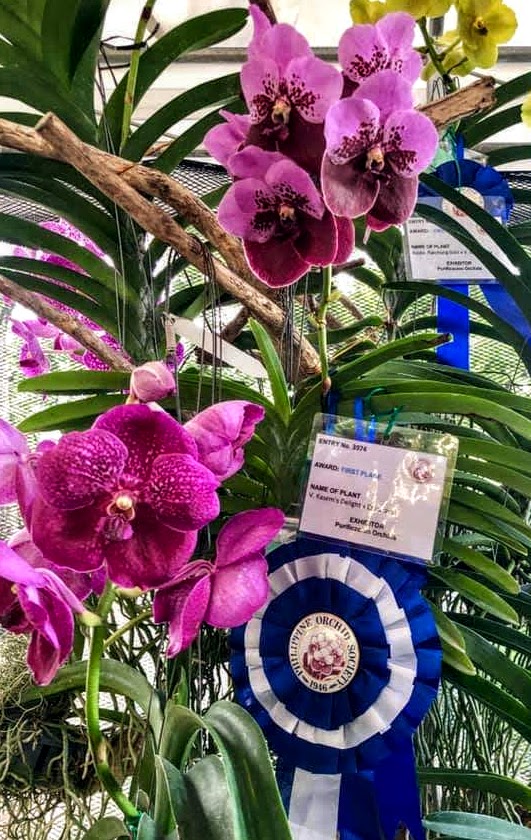 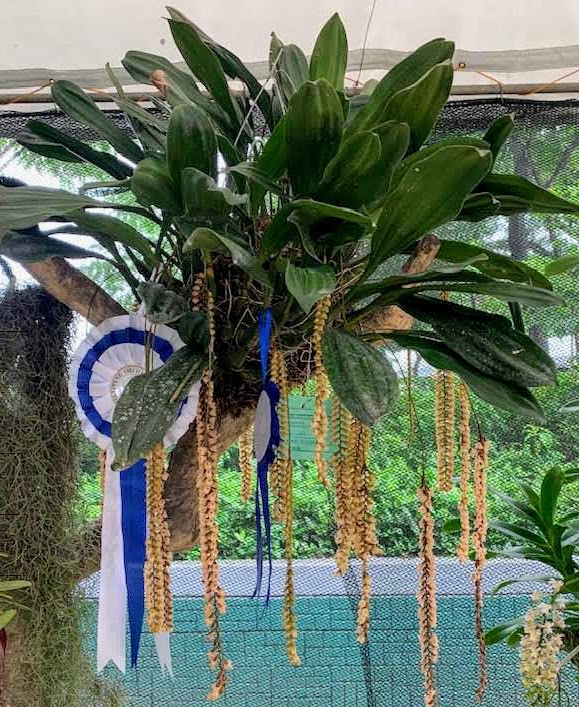 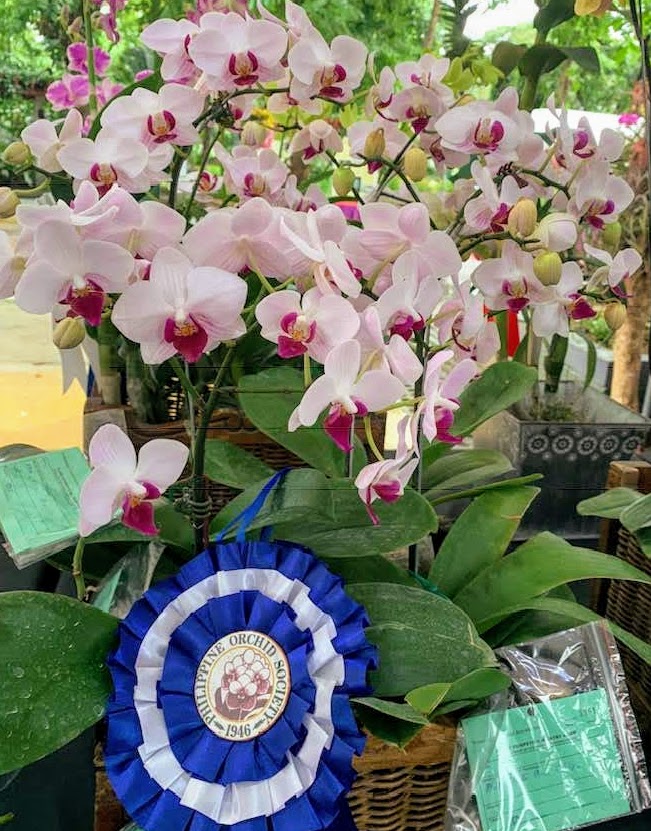 Necklace orchid, Rosary Orchid, Rattlesnake Orchid, Rat’s Tail Orchid are the common names given to a beautiful native orchid that is found over a wide climatic areas and elevation throughout the country.

Scientifically called Pholidota imbricata, This orchid species is found in many provinces throughout the country. This range from sea level up to more than 1,800 meters in elevation.

We  documented some Pholidota imbricata growing wild within La Mesa watershed area when the Philippine Native Plants Conservation Society Inc. conducted a short preliminary tour within the forested areas of the watershed about a decade ago.

Older residents of Novaliches , Fairview, Valenzuela, Bagong Silang, Norzagaray and San Jose del Monte, Bulacan would definitely recall seeing some of these orchids growing on molave, narra, duhat or mango trees. Unfortunately the flowers are quite minuscule and hardly noticeable especially when the orchids are growing at least 30 to 100 meters above ground.

This species is one of the most commonly exhibited genus whenever there is annual or mid-year show hosted by the Philippine Orchid Society. When grown as specimen sized plant- One can admire the flowers from dozens or even hundreds of inflorescences.

This orchid was exhibited by Purificacion Orchids and won the “Best Cultured Plant ”  at the 71st mid-year orchid and garden show.  Which means that this was grown into large specimen blooming sized orchid.

In sunday or orchid flea market, this orchid species whenever without flower can easily be mistaken as Coelogyne orchid. Some of the small clump can be bought for a few hundred of pesos smaller ones with a couple of pseudo bulbs can be bought for just Php 50.00.  Just a couple of clumps can be a conversational attraction in one’s garden.

One can easy naturalized this orchid on cultivated trees and MacArthur palm.

W.J. Hooker established this genus of sympodial orchids in 1825 when he adopted a manuscript name of Dr. John Lindley. The generic epithet is from the Greek pholidotos = scaly, referring to the scales on the bracts of the inflorescences of some species.

Blooming season is between July, August , September and until October. Flower size is about 1/2 ( 1.25 to 1.50 cm) in filtered light with clustered, conical, angular, wrinkled or sunken, dull pale green to dull brown pseudobulbs carrying a single, apical, sub-plicate, ovate-oblong to linear-lanceolate, coriaceous, prominently veined, gradually narrowing into the pseudo-petiolate base, dark green leaf with a lighter underside that can have red spots and blooms with a terminal, smooth, terete, erect-arcuate then drooping, 20″ [50 cm] long, racemose inflorescence that has a zigzag which can carry between 10 to at least 80 small flowers.