Pandesal Forum is a weekly press conference and small gathering of media, vloggers, bloggers at the historic bakery in Quezon City. The forum started with a late morning breakfast meal which consists of pandesal, peanut spread, jam and hot coffee from Kamuning Bakery. 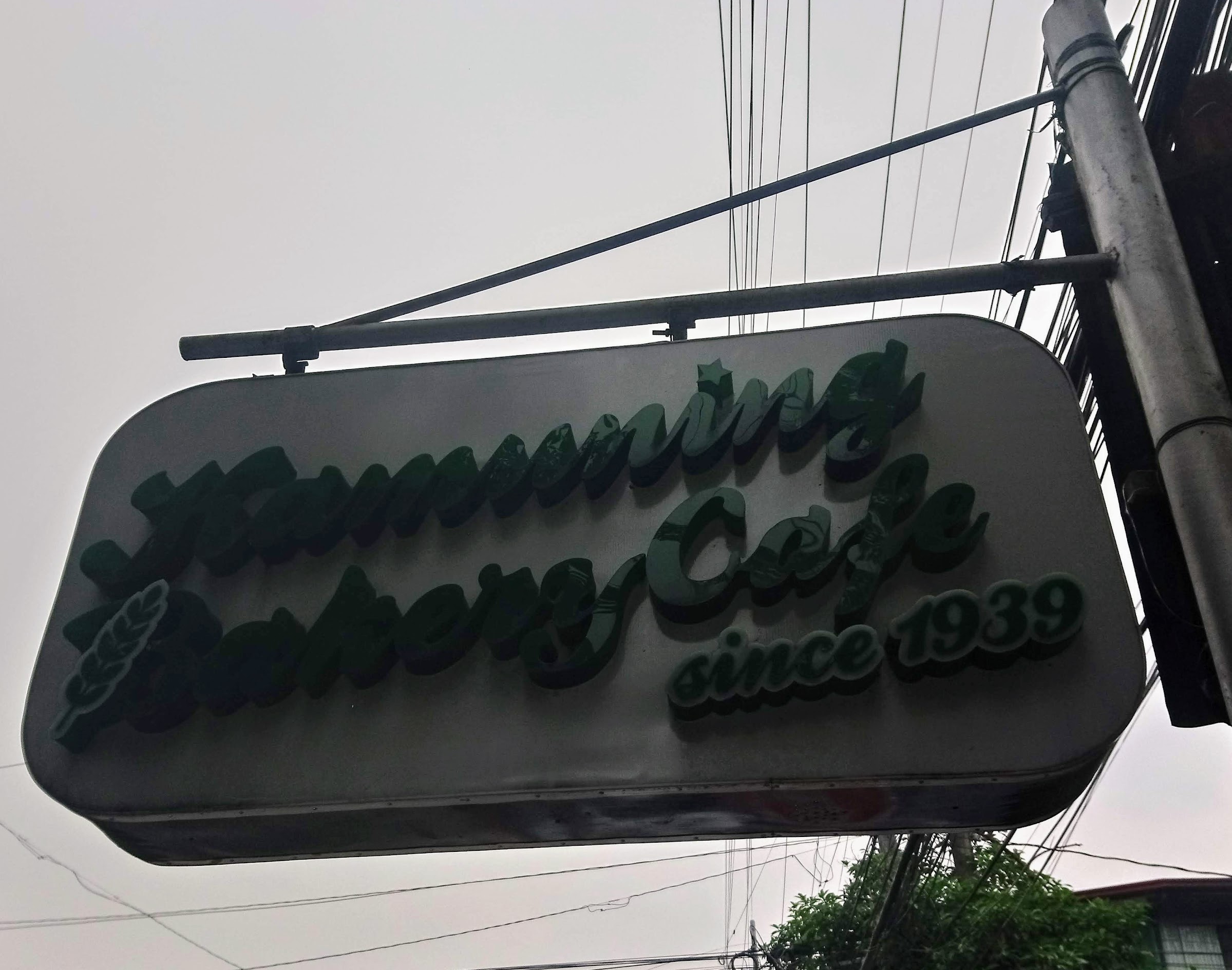 The bakery is slowly rebuilding from the ashes of the fire which gutted the bakery last February 2018. 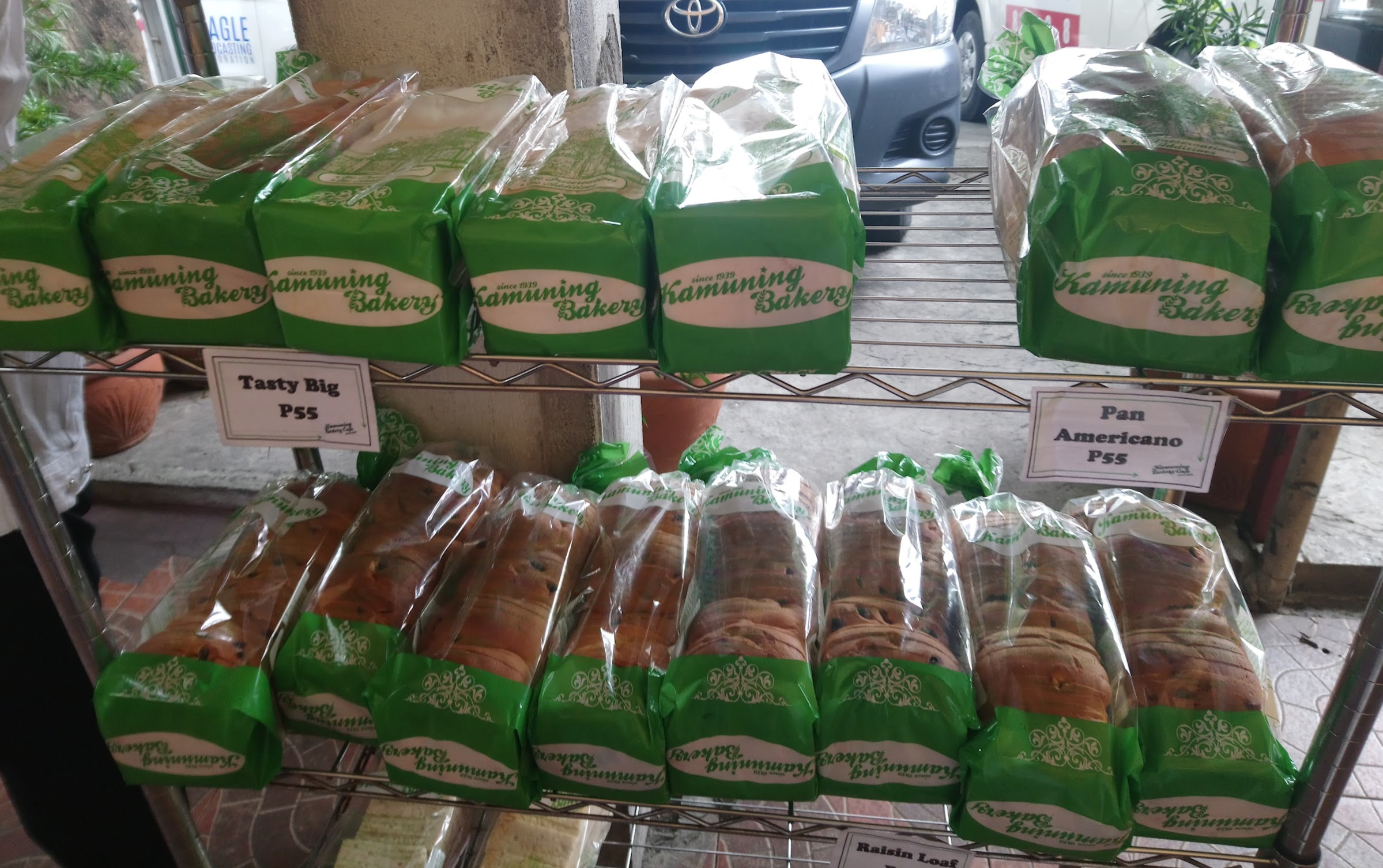 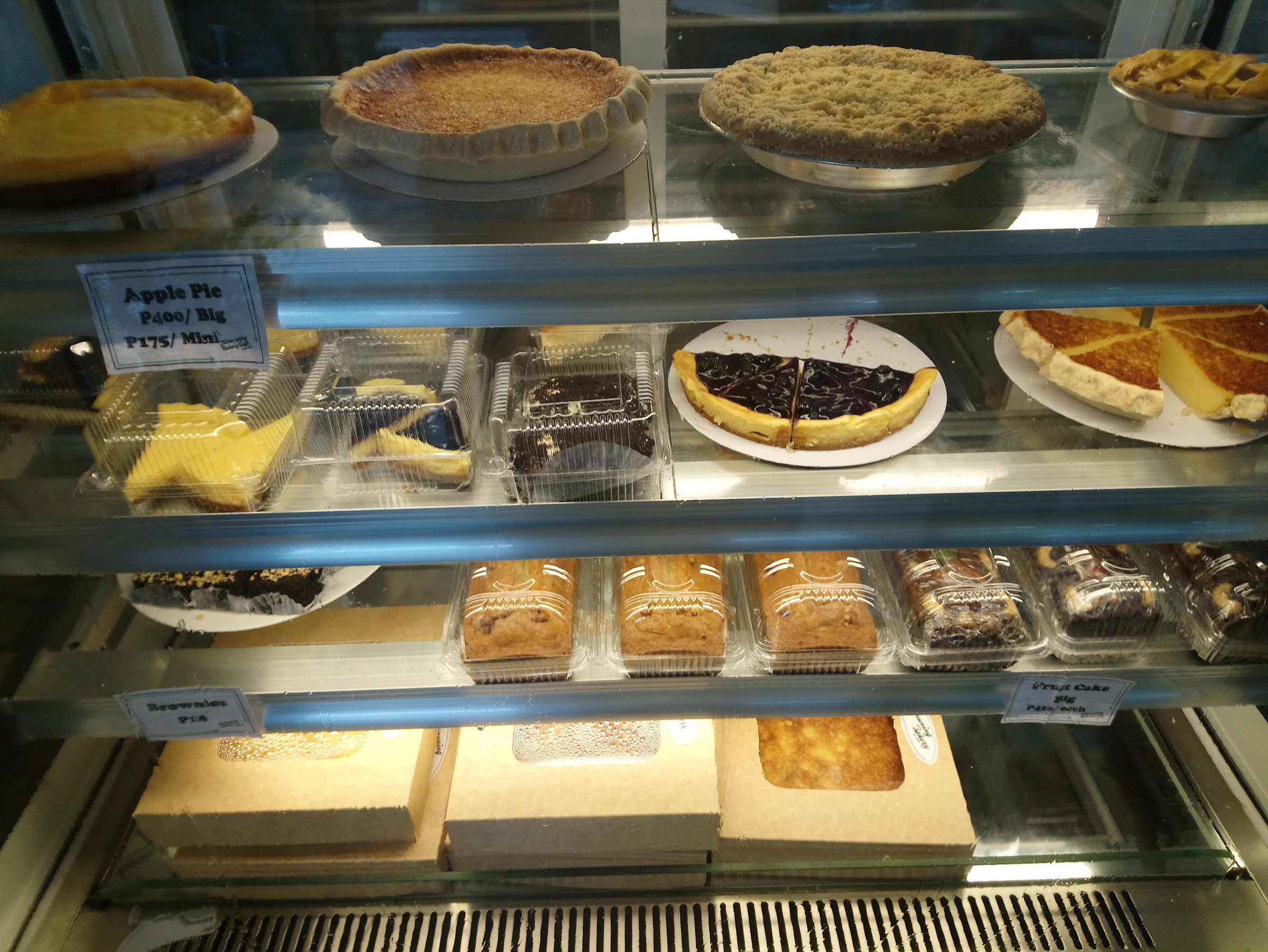 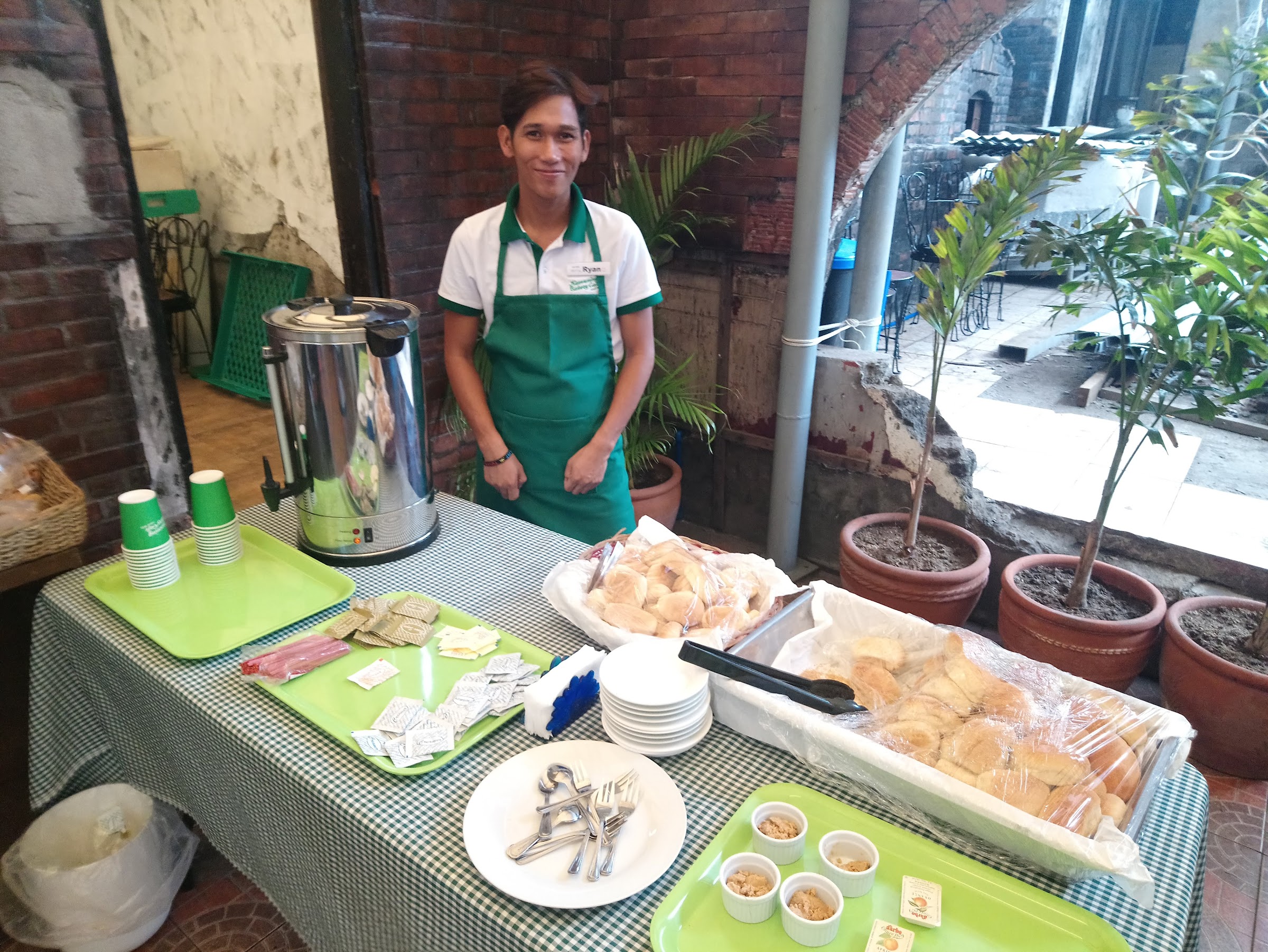 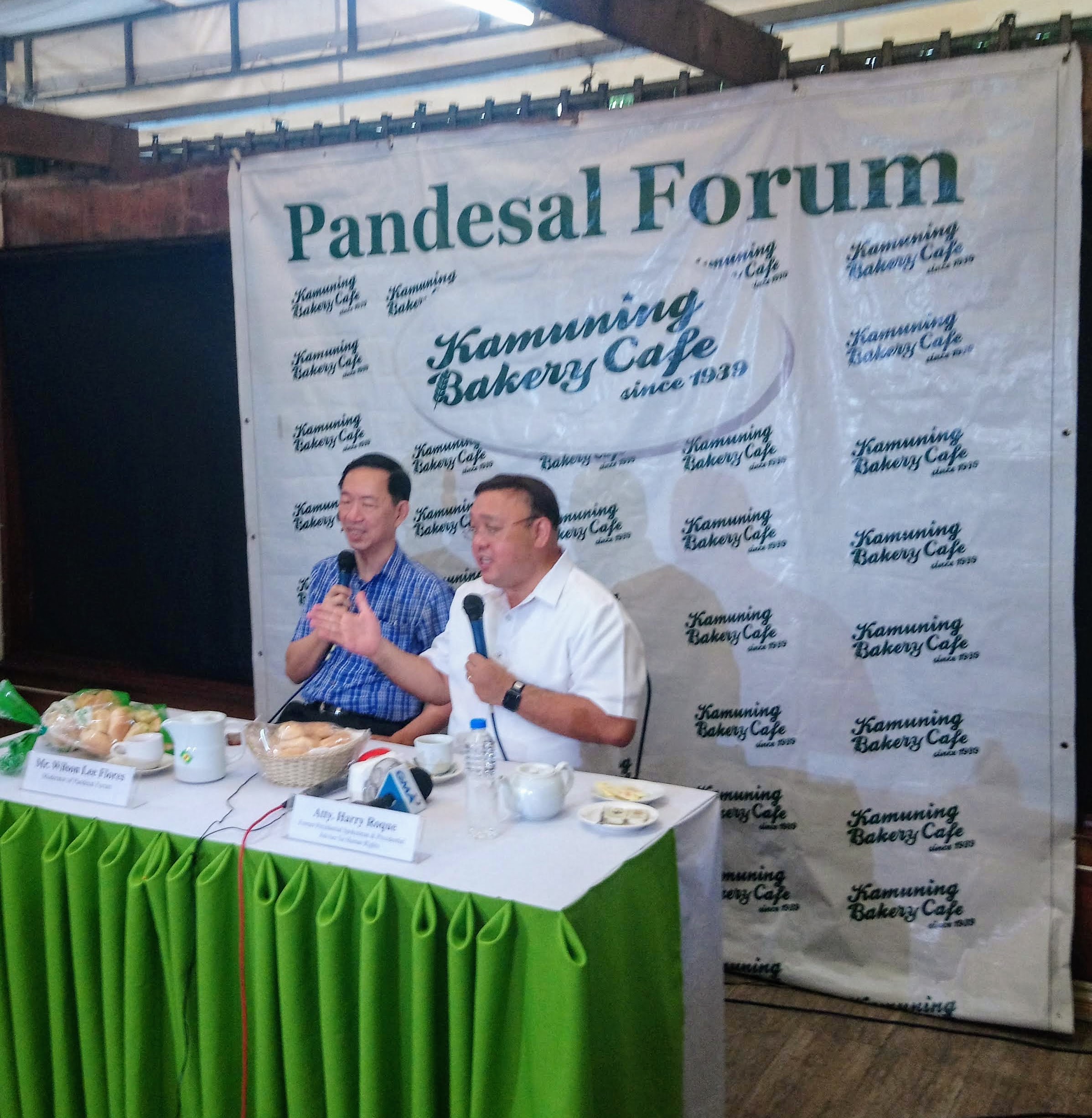 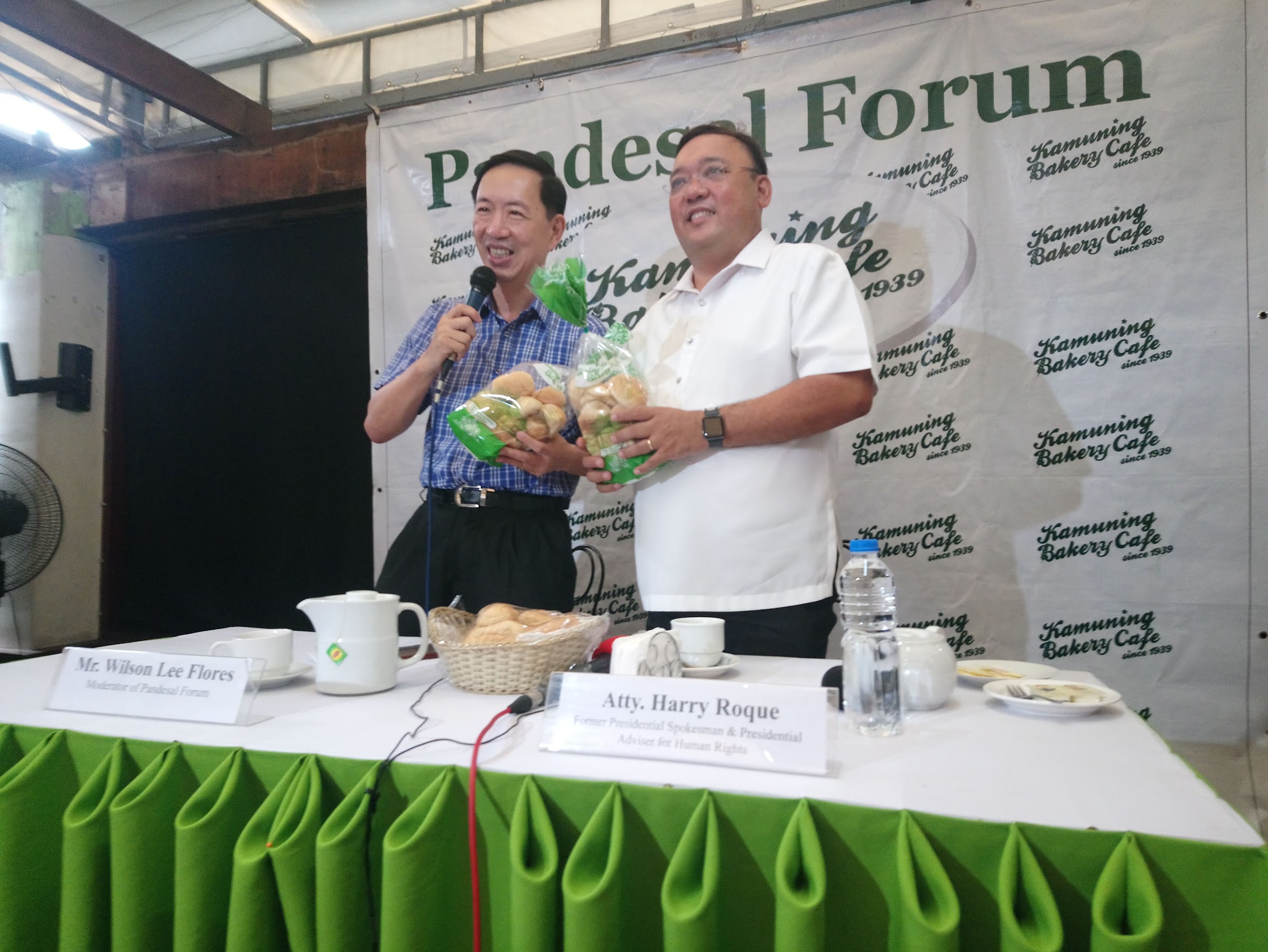 He is also distant nephew of former Senate President Jovito Salonga. Some of the topics discussed were th  United Nations Human Rights Council (UNHRC)  following the adoption of a resolution that called for an inquiry into the Philippines’ human rights situation. Another one was the statement made by Justice Carpio with regard to the territorial dispute with China.

Kapihan sa Eurotel Hotel is a weekly press conference on some of the latest events, national issues among others.

I have featured this hotel in my previous article way back in December 2013. According to the organizers, this weekly press conference is on its 3rd year.

Among the issues discussed during the press conference was the benefits of federalism and introduction SWORD members. They also got some representatives from as far north as Kalinga province.

The press conference host was Mr. Danilo Mangahas was attended and covered by several television stations, Euro TV and bloggers.

There was some SWORD-AFPSP chapters from Tanay, Antipolo, Sauyo ( Novaliches ), Valenzuela.

The garden show is set from February 3 to 11, 2018 with 5 proposed venues within QC Memorial Circle. These includes, Hardin ng mga Bulaklak , Tropical Garden, RUNNEX Garden , QCX and Rock Garden as sites of the exhibition.

Aside from plant and landscape competition, there will be daily lectures or talks from  industry leaders, backyard hobbyists and practitioners.

“Grow Local , Bloom  Global ” focuses on several factors like promoting local plant and horticulture industry,  buying local produce and local plants. This also encourages ordinary backyard growers and propagators to propagate more endemic, indigenous and local plants.  There are so many endemic and indigenous ornamental plants , flowers and trees which are found in the country . These have a lot of demands abroad.

This is a big income potentials for a country which only had .02% of the world’s floriculture industry share.

He retold some interesting stories of people who got successful in growing plants . There was one who grows pinsarai/ pinasaray Asparagus densiflorus and keeps on propagating the ornamental plant . The grower started with few mother plants and only released  the plant had grown big.  S

mall plants were priced Php 2.50 small ones but when grown into bigger plant in few months, the ornamental plant would cost Php 5.00. This had attracted some niche clientele. This was way back in the 1980’s.

Del Monte, Philippines is one of the major sponsors of the event, The company will have several cooking demonstrations during the show.

Participants were delighted to have been served light snacks which consists of pancit puti sa kinsay at kamias, meat ball with noodles, fried banana heart, turon with hibiscus tea and camote juice. This was courtesy of Tita Baby de Leon ( resident caterer of the organization)

Suspended Mayor Dante Torres of Guagua, Pampanga had personally appealed on both supporters and his detractors in government to unite , and peacefully work for the common good of the people.

Mayor Dante Torres (suspended) is also a CPA by profession

His administration has been laying down the necessary infrastructures and facilities to bolster the municipality’s quest for city-hood even before 2021. This also includes training government employees and ISO certification.

Guagua town got several awards and citations received last year : the Seal of Good Housekeeping given to local government units by the Department of Interior and Local Government (DILG) and the title “Second Most Competitive Municipality” from the National Competitive Council (NCC), which annually evaluates the performance of LGUs in attracting capital , investors and pursuing infrastructure programs.

The local government has also been recognized by the Department of Health (DOH) for its aggressive health-oriented campaigns, distribution of free medicines to indigents, human vaccination, senior citizens projects and the eradication of rabies.

There are also plans to built a permanent building for the local college which is one of the basic requirements of CHED.

The case was under L-A-16-0136 which was approved last October 24, 2016 by Ombudsman Conchita Carpio-Morales,Office of the Ombudsman in Manila has ordered a three-month suspension of Torres for grave misconduct and gross neglect of duty.

suspension was served by the Department of Interior and Local Government Regional Office last December 23, 2016.

The decision stated that Torres has been found administratively liable for simple misconduct, or violation of Article 171 (4) of Revised Penal Code, and was meted the medium penalty of suspension from office for a period of three months.

On February 1, 2016, Mr. Juan Pring ( a complainant ),  also from Guagua town filed before the Ombudsman a complaint for grave misconduct and gross neglect of duty after Torres allegedly signed a marriage certificate, which he did not officiate.

It had been over 5 months since he got the notice of suspension and some people resort to bad publicity, mud slinging, rumor mongering and negative trolling at different social media accounts like facebook and twitter.

Some of the below the belt accusations in social media platforms by his detractors and trolls are having over a dozen SUV vehicles and maintaining lavish lifestyle which he vehemently denied .

World Poetry Day 2017 was celebrated yesterday at the historic Kamuning Bakery . Mr. Jose Maria Flores Lacaba or Pete and his wife Marra Pl. Lanot  was invited to share their thoughts and insights about Poetry .

Poetry reaffirms our common humanity by revealing to us that individuals, everywhere in the world, share the same questions and feelings. Poetry is the mainstay of oral tradition and, over centuries, can communicate the innermost values of diverse cultures.

Lacaba is currently the executive editor of Summit Media’s YES! magazine, the sister publication of PEP.

During the free-wheeling Pandesal Forum with local and international media, Ambassador Kok extolled the warm diplomatic and economic ties between the Philippines and Singapore, as well as the general optimism of the Asean region as it celebrates its 50th anniversary this year with a high-level summit hosted by chairman the Philippines. She said that there are high hopes on the RCEP economic agreement being worked out between the 10-member nations of Asean region and China, that she thinks both this RCEP and even the TPP are all good initiatives to promote freer global trade.

Ambassador Kok declined to comment to media’s questions on controversies like some Western criticisms of the draconian war on illegal drugs and the new death penalty bill, she reiterated that Singapore respects the sovereignty of its nation to govern itself and solve its own problems. She said Singapore has a very strong policy against illegal drugs. Kok also declined to comment on territorial dispute issues, since Singapore isn’t a claimant state but expressed hopes that Asian regional peace and stability shall be maintained by all Asian countries in order to sustain the region’s strong economic growth.

After the press conference, There were groups of students who joined the affair , for Poetry reading and appreciation.

The “Pandesal Forum”: The non-partisan, liberal, pro-people and informal Pandesal Forum of Kamuning Bakery Cafe was started on September 15, 2015 by writer Wilson Lee Flores as convenor and moderator. It welcomes all speakers, not just limited to political leaders. It is inspired by the centuries-old tradition of the “tertulia”—the informal and learned salon discussions of the Iberian Peninsula and Latin America; it is also inspired by ancient China’s “li lun” or intellectual discourses. The “Pandesal Forum” hopes to help elevate the quality of public discourse in the Philippines on current affairs, politics and other topics, also focusing on economic, gut or “pandesal” issues. It also advocates genuine reforms and new ideas.