Caladium is a genus of  highly ornamental  plant variety which belongs to Araceae. It is closely related to Alocasia, Colocasia, Xanthosoma which originates from Central and South America.

There were at least 1,000 known cultivar hybrids and every year additional plants are named by different plant breeders from all over the world. 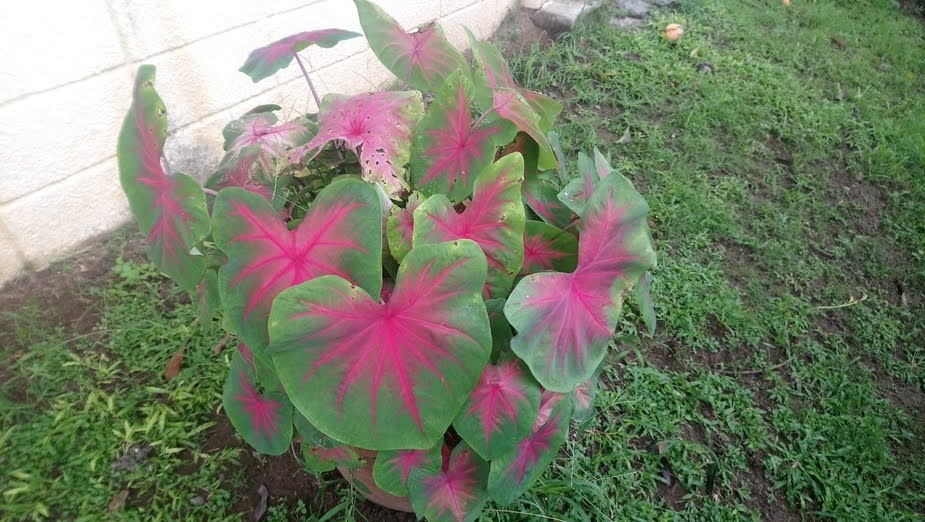 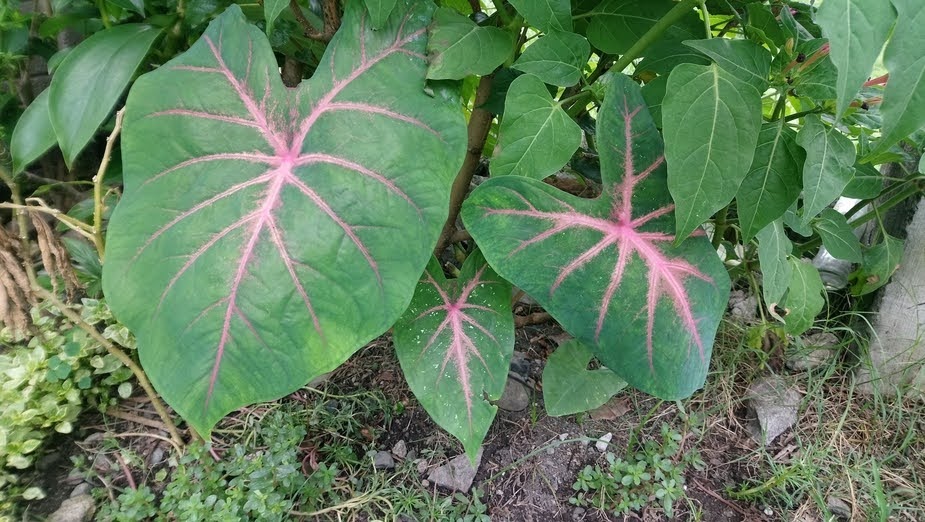 Caladium in the Philippines 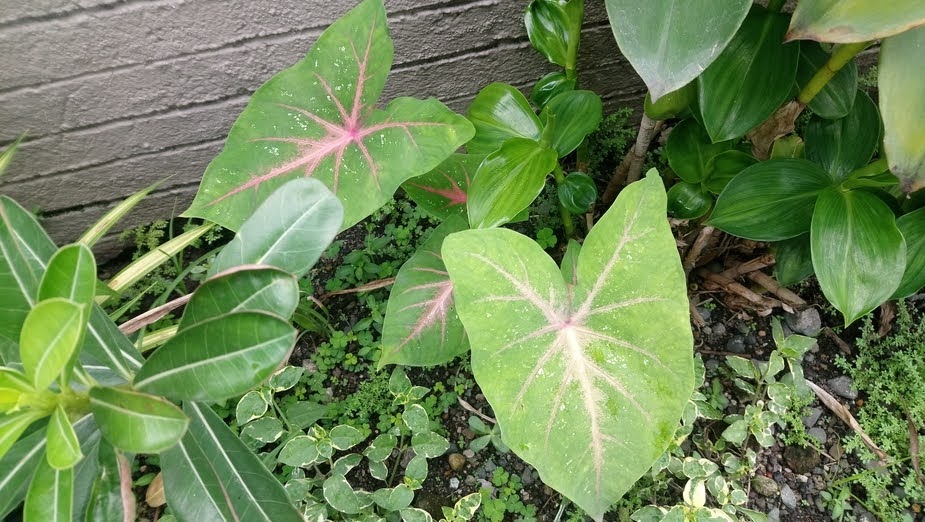 Caladium or Puso ni Maria grown in a pocket garden

Corazon de Amor / Corazon de Maria/ Gabi-Gabihan/ Puso-Pusoan or Caladiums was introduced from Acapulco, Mexico to Manila during the later part of the galleon trade. Some of the early cultivars escaped cultivation, grew in almost semi-wild state in coconut plantations, humid places, vacant lot, cemeteries, near streams and creeks. 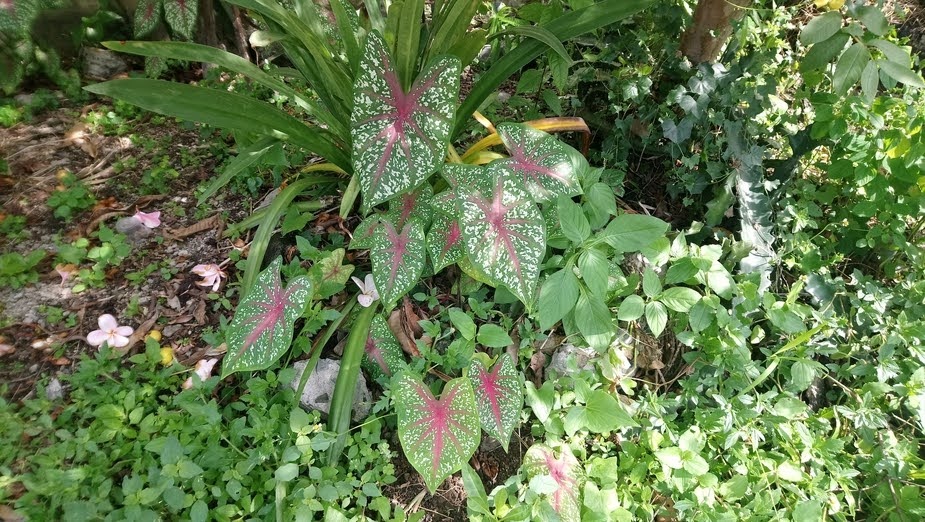 Caladiums quickly became popular foliage plants for shady or semi-shaded gardens. Each leaf seems to be painted with striking combinations of green, white, pink, red, orange and its color markings are given much importance by collectors.

Some growers believe that these plants bring good luck and invites good chi among growers. Countless of local growers would swear that it bought them some luck.

Smooth transaction and money came fast in our business, when we planted Caladiums near the entrance of our house. This was according to Mrs. Piling Marquez of Caloocan City.

Costa Farm is one of the bigger ornamental plants which grew Caladium in big numbers. In the southern parts of the United States and sub-tropical areas, They are sometimes grown in greenhouses or as an indoor plants. K. van Bourgondien Tropical Plants from Netherlands also specializes in selling different varieties.

Some local horticulturists like Mr. Lebon Ong, Sir Boyet Ganigan imported some Caladium varieties from foreign nurseries. Well- known farms and backyard growers  from the towns of Guiguinto, Tabang within Bulacan province. Calamba, Bay, Los Baños, Laguna province. Mr. Mac Pagsolingan of Pangasinan had been growing and selling caladium for more than 10 years, Arids and Aroids and Mr. Carlo Cabunilla of Cebu are just few of the local growers. 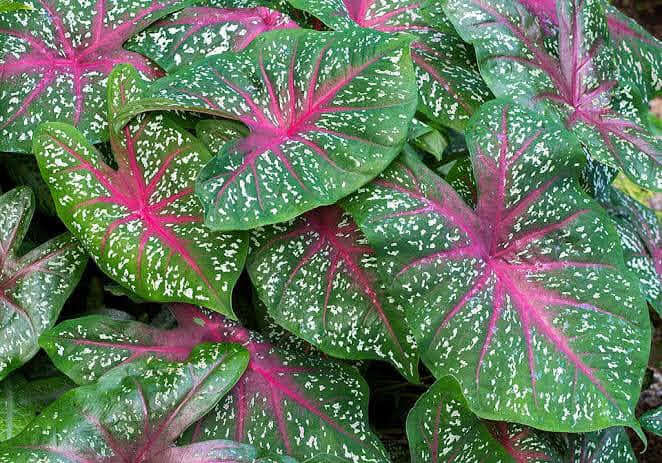 angeliicloset from Batangas province is an online seller which sells Caladium cultivar varieties ranges from Php 100 to Php 250 per uprooted plant. She had about a dozen or so varieties. 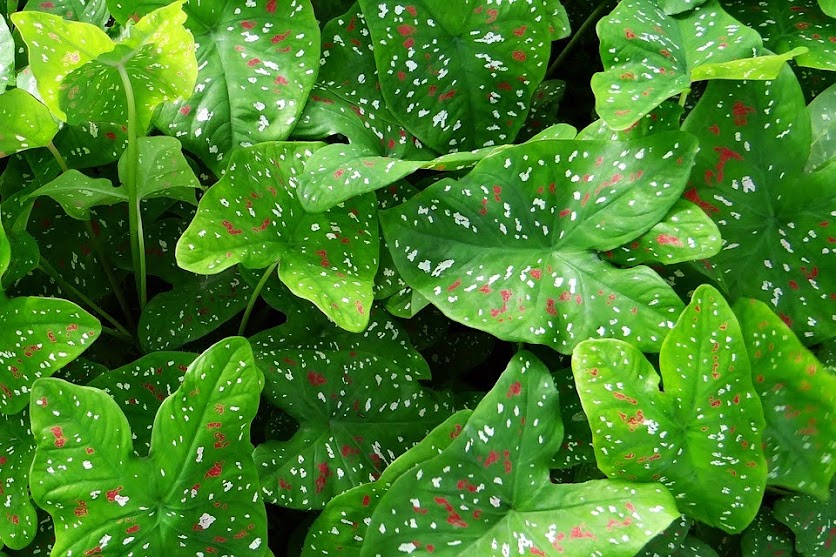 In a recent FB post from MM, a new site selling old variety of Corazon de Amor for Php 2,500 raised some eyebrows among netizens, backyard gardeners and farm owners! This had brought some attention to the lowly and neglected old cultivar variety of the Corazon de Amor.

The most important factors in caladium care are moisture and fertilization. Try to fertilize them with complete fertilizer will help strengthen the plants in order to produce adequate tubers for the following growing season. Caladiums need to be watered on a regular basis, especially during dry conditions. 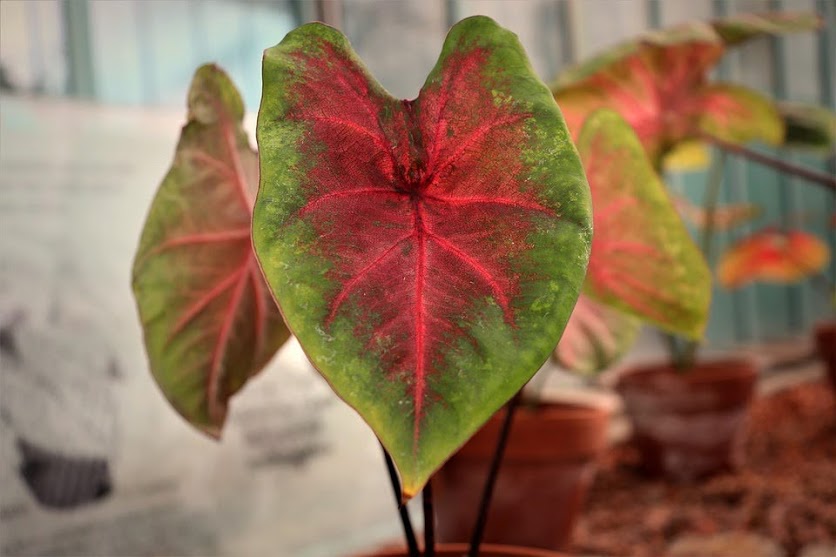 These plants thrive in moist, well-drained sandy soil, slightly acidic and are generally happier in partial shade. When you plant caladiums, you should plant them about 4 to 6 inches deep and 4 to 6 inches apart.

Caladiums can be purchased as potted plants or dormant tubers. Their size depends on the variety. They are normally in active growth during the onset of the rainy season in the western part of the country and goes dormant during the dry season.

Caladium plants are not typically troubled by insects, but sometimes caladium plant pests  chew the leaves or cell sap.

Caterpillars and aphids can be problems. Your best defense against caladium plant pests is vigilance and constant monitoring. 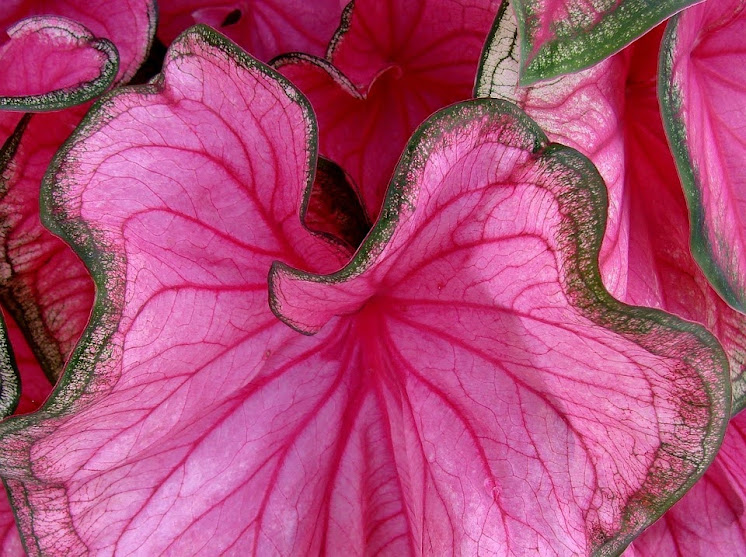 Caladium grow from tubers and the diseases of caladium plants are those that attack the tubers. Usually these diseases are caused by fungal pathogens, such as Rhizoctonia and Pythium species. Some caladium would require some shelter from monsoon rains and extra care in handling the tender rhizomes.

5 thoughts on “Tales of Caladium in the Philippines”