Dracena multilfora growing on an outdoor garden with mounted orchids in a gated subdivision in Novaliches, Quezon City

Dracaena L., a member of the family Ruscaceae, was first founded by Sprengei in 1826.

The genus name “Dracena” is derived from the Greek word “drakaina“, which means “dragon” referring to the sap or juice of the stems which resembles blood.

Dracaena means Dragon Goddess or a female Dragon. The first named species, Dracaena draco has been used as a medicinal plant in Europe and China. The species is also the symbol of Canary Islands.

This had 120 species which is mostly found in the old world with dozens of hybrids and cultivar varieties.  Some of the popular indoor plants are found in this genus and grown extensively in many parts of the world were Dracaena fragrans, D. goldiana, D. surculosa, D. san-derana and D. ellenbeckiana have variegated forms used as indoor plants.

Sanseviera is a historically recognized genus of flowering plants, native to Africa, Madagascar and parts of southern Asia on the basis of molecular studies were officially included as part of the genus just about two decades ago, but it is only few years ago that horticulturist began reclassifying the genus.

Some backyard hobbyist would mount ferns, orchids, hoyas, dischidias and tillandsia on mature stems of the plant. Which add beauty to the bare stems.

This species had naturalized in many parts of tropical Asia, Latin America, Australia and the United States.

Small Dracena multiflora would cost between Php 350 to as much as Php 600 in some garden centers in Metro Manila, While bigger ones would cost a few thousand bucks depending on the height and growth.

A homeowner from Greenhills, San Juan believe that whenever the plant bloom, There will be a distant relative who will get marry. Another grower from Novaliches told the author that dwarfs would come and play whenever the plant is in bloom.

Another old time grower from Quezon City also believe that having Dracena multiflora planted in front of their house attracts positive vibe or chi.

This plant came into limelight when Tiyang Amy or Ms. Amy Perez recounts saving her yucca plant from the monsoon rains.

The fastest way to propagate this plant is via stem cuttings or by seeds.

Keep them hydrated by misting the leaves with water and keeping the soil lightly misted (never soggy) as well with good drainage. Always allow the top soil to dry out before watering. Do not over water.

One can start pruning the older stems just before on the onset of the rainy season to encourage branching.

Co’s Digital Flora of the Philippines

Try to collect and connect all 6 toys with Jolly Kiddie Meal! Now available via Take Out, Drive-Thru, and Delivery!

These plants originated from tropical Mexico, Belize,Costal Rica,Panama,West Indies, Central and South America. This was introduced in many parts of the tropical, sub-tropical and even temperate countries as an indoor plant. Some cultivar had escape cultivation and had been considered invasive plant species in many parts of the world.

Syngonium growing on a ficus tree

Syngonium are hemiepiphytes in their natural range and spends part of its life cycle as an epiphyte clinging on trees or poles.

The genus comes from the Greek words which refers to the fused ovaries of female flowers. In some parts of its natural range, In Belize, arrowhead vines roots and bark are used in traditional medicine for treatment of wounds.

plant are poisonous and cause severe mouth pain if eaten due to oxalic acid. Purely for ornamental purposes.

This use to be commonly sold in many garden centers throughout the country for just few bucks. Due to the increasing demand of the African evergreen plants sells this between Php 100 to Php 300 depending on the size and variety. This is also popular plant grown in dish garden and terrariums.

8.)Feng Shui practitioners consider Syngonium podyphyllum and allies which had a distinctive leaf, which changes from arrow shaped to a five lobed form as it matures. The five lobed shape represents the five elements; water, fire, earth, wood and metal thus provides the perfect balance of Yin Yang as the new leaves are shiny and the older ones are matted with patterns. This symbolize re-birth. One can put this plant in entrance or main windows.

7.) Syngonium plants are not just decorative, they have the ability to cleanse the air you, breathe, act as anti-pollutants and can tolerate low light levels.

6.) These are sometimes propagated by cuttings and rooted over water. Another way to propagate the plant is via air layering or seeds.

5.) Syngonium preferred in bright filtered light. It should never be subjected to direct sunlight, as that would scorch the leaves.

4.) Keep the soil moist during the growing period which occurs mostly in the rainy season. Allow the plant to dry out slightly between watering. Fertilization can be done during its active growth like applying any water soluble fertilizer brand at 1/2 to 1/4 the strength. Organic mixture can also be applied directly into the potting mixture.

Adding Naturamin which helping the crop to overcome stress (sprouting, drought, pests and diseases). Try to dilute 3 grams per liter for matured plants. Once to twice a week spray in leaves and as parts of the plant. This comes in 100 grams and 1 kilo package. This is not just good for ornamental plants, but also for orchids, ferns, fruit trees, palm and vegetables.

Naturamin is distributed by Harbest Agricultural Business Company based in Pasig. The company also have satellite offices in Luzon, Visayas and Mindanao.

Syngonium growing on a dead tree stump on partial shade

2.) Regular pruning during rainy season which also coincide with their growing season will encourage new growths.

1.) There were 36 species with at least a dozen known cultivar varieties grown for indoor plant or horticultural trade.

Govaerts, R. & Frodin, D.G. (2002). World Checklist and Bibliography of Araceae (and Acoraceae): 1-560. The Board of Trustees of the Royal Botanic Gardens, Kew. 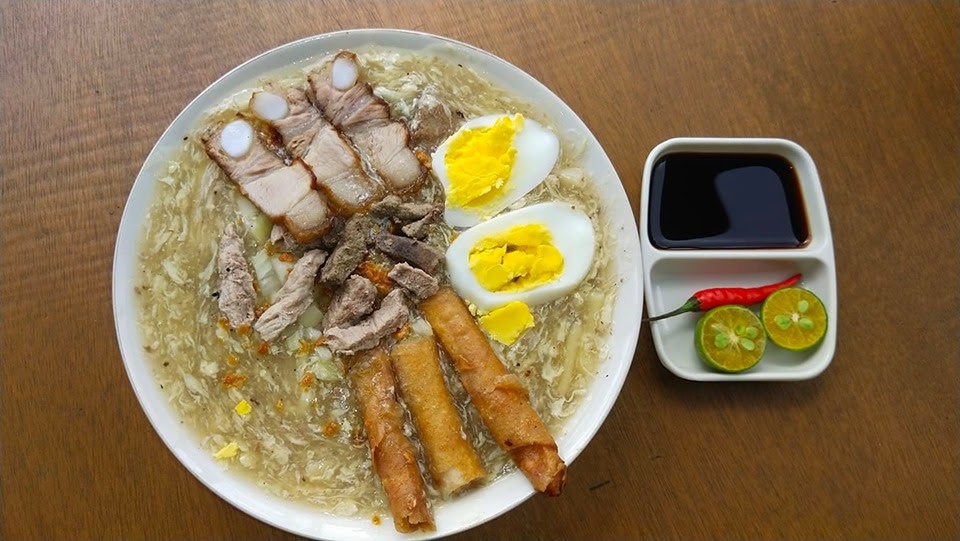