Chef Gene Gutierrez was among the resource speakers at the recent Cavite Food and Culinary Expo 2019 and one of the proprietor of Big Ben’s Imus longganisa and kitchen. 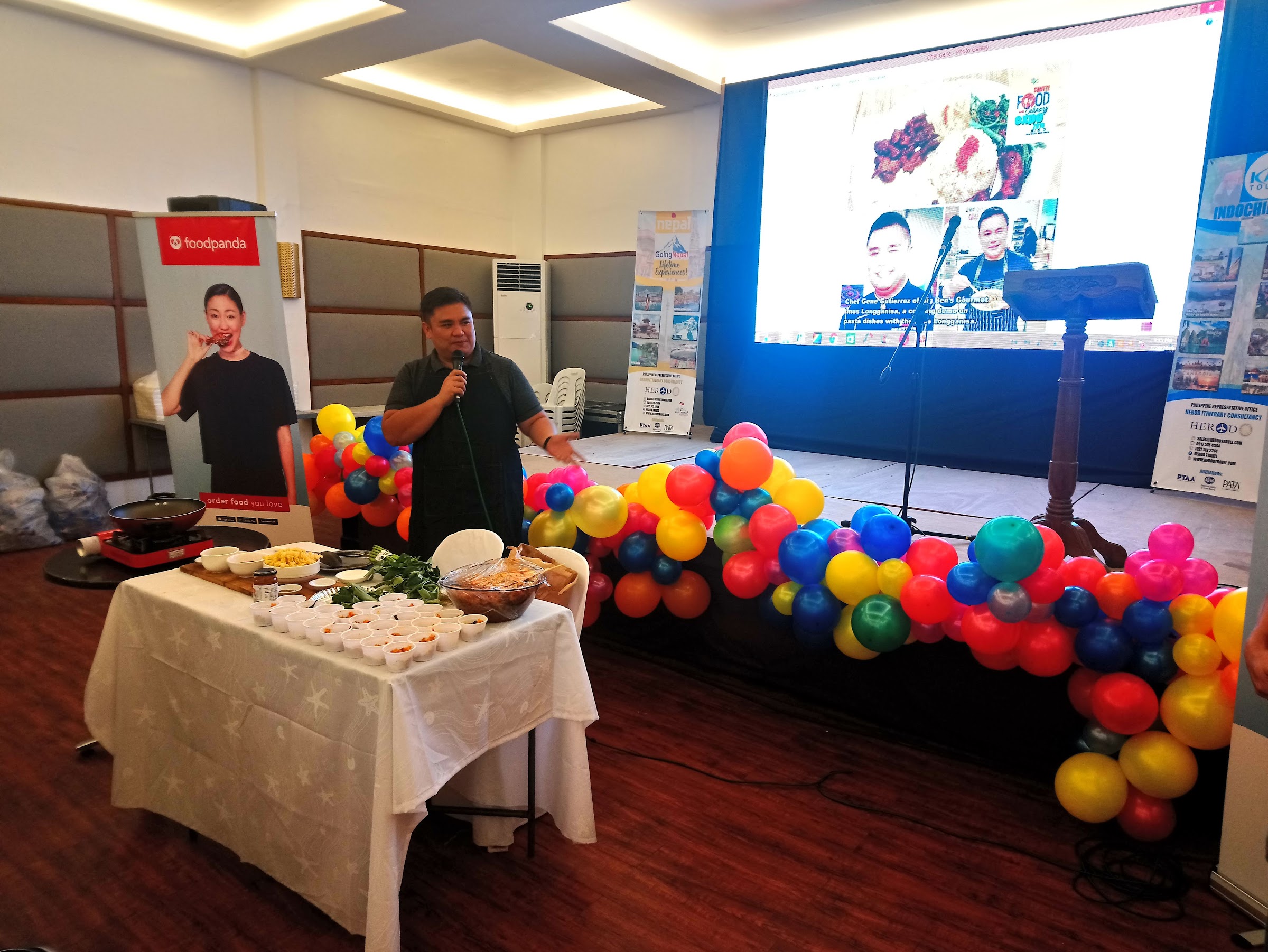 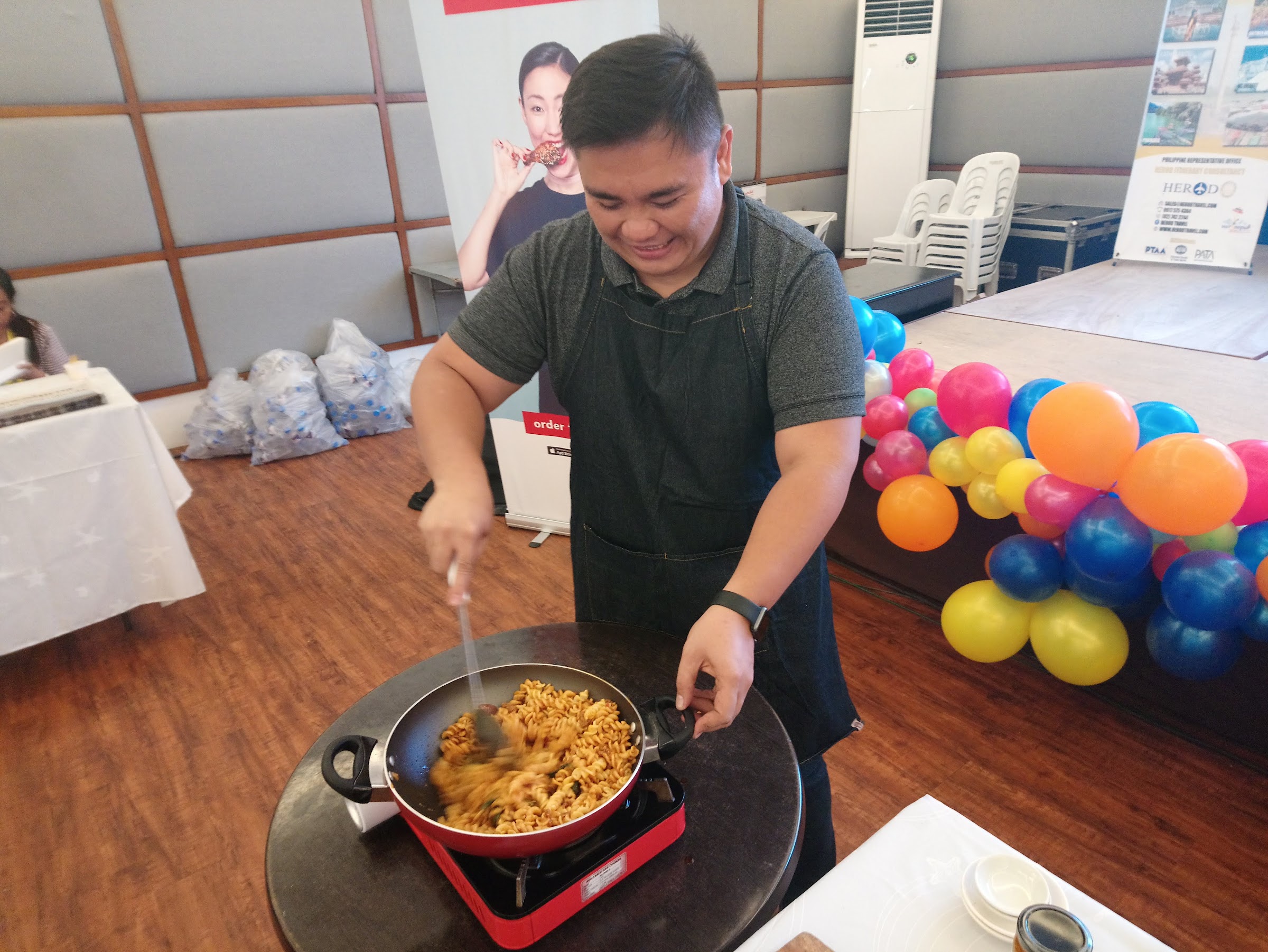 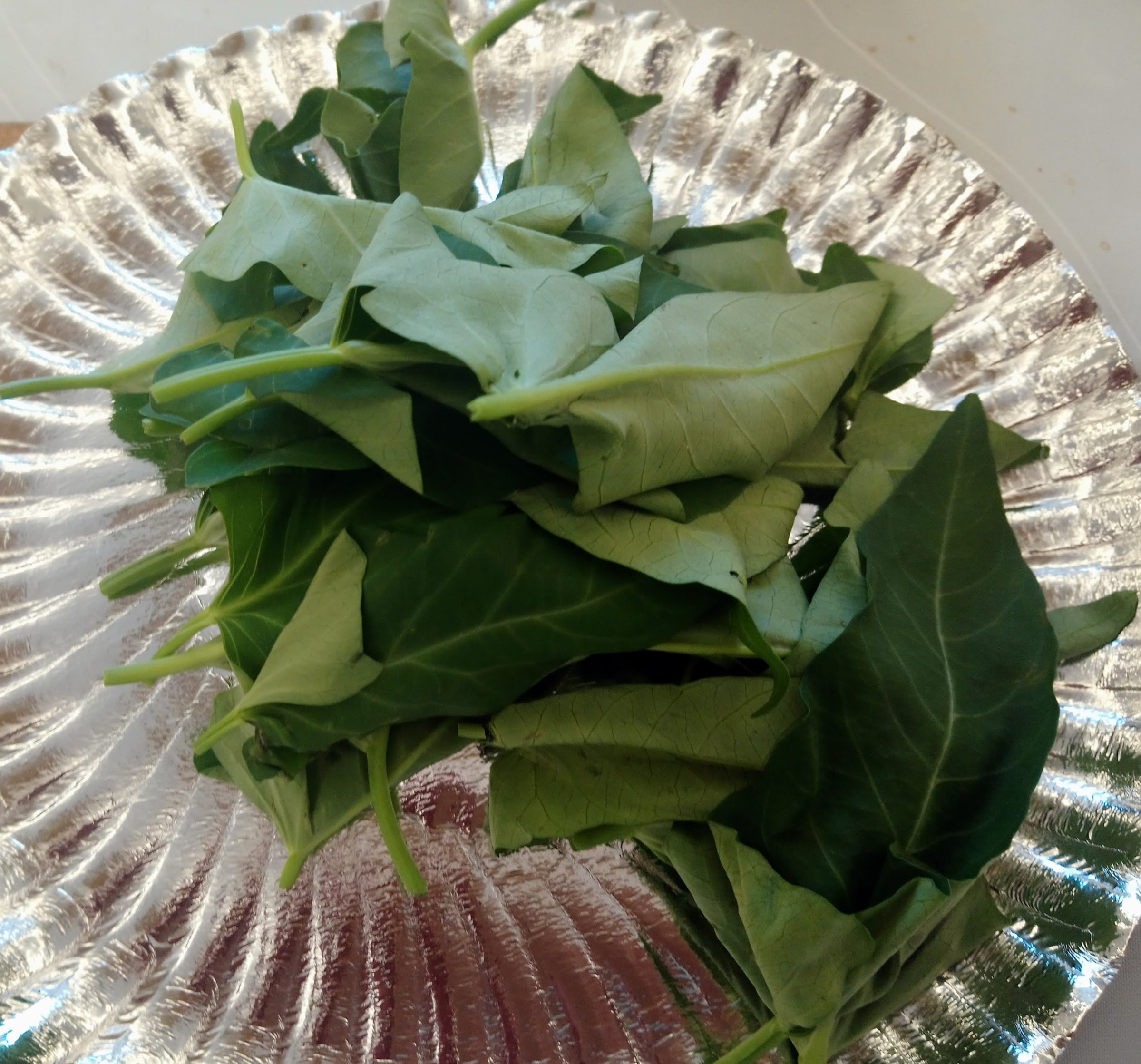 He believe that adding kangkong ( Ipomea aquatica) can add some nutritional value and fiber to the pasta. It is also not hard to find kangkong  which is common in market. 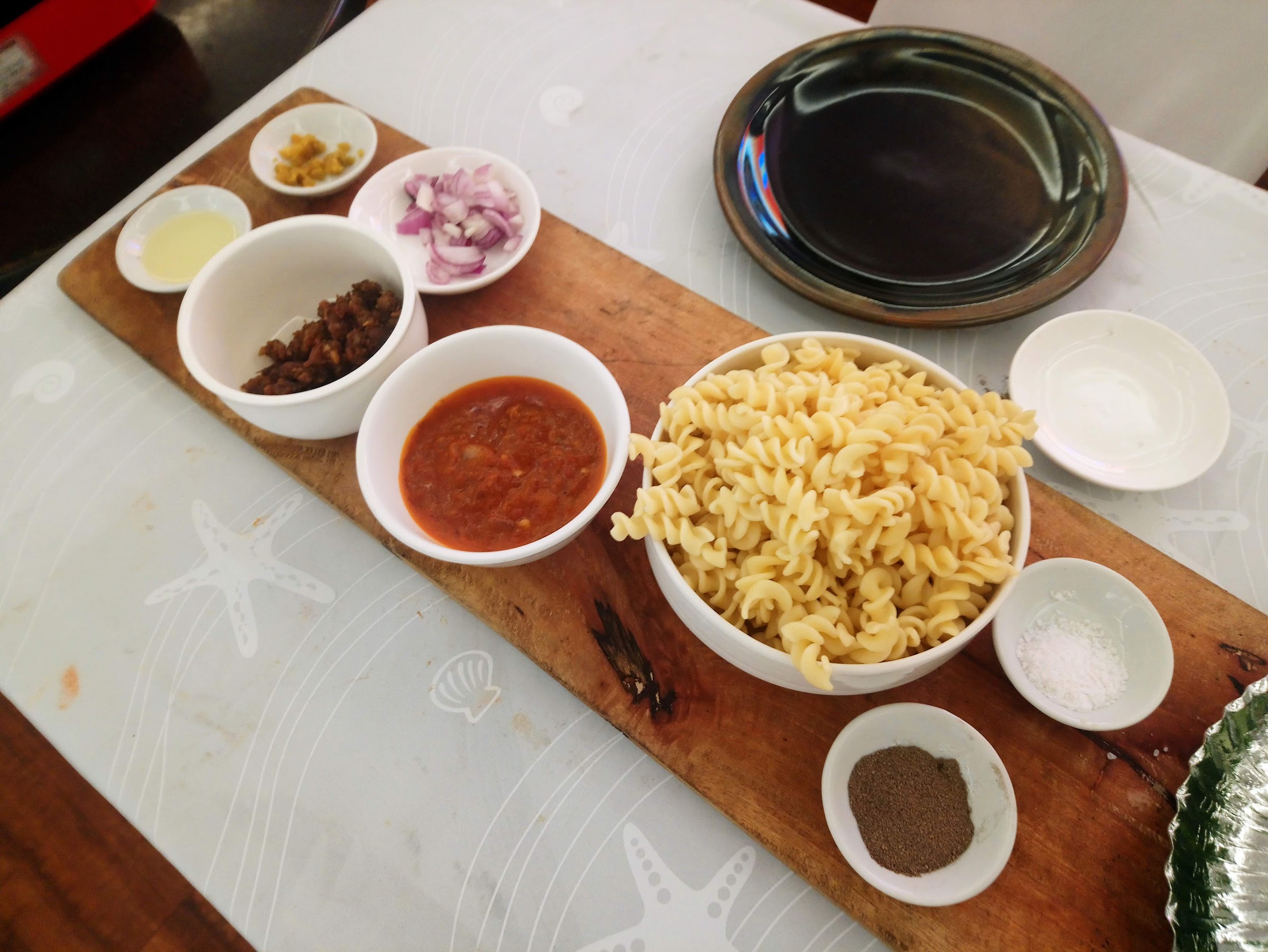 The fusili pasta was pre-cooked ahead of time. He then heated the oil in the pan then sauteed the chopped onions, minced garlic, ham bits, Big Ben’s longganisa, spaghetti sauce and kankong mixing with fusili pasta. 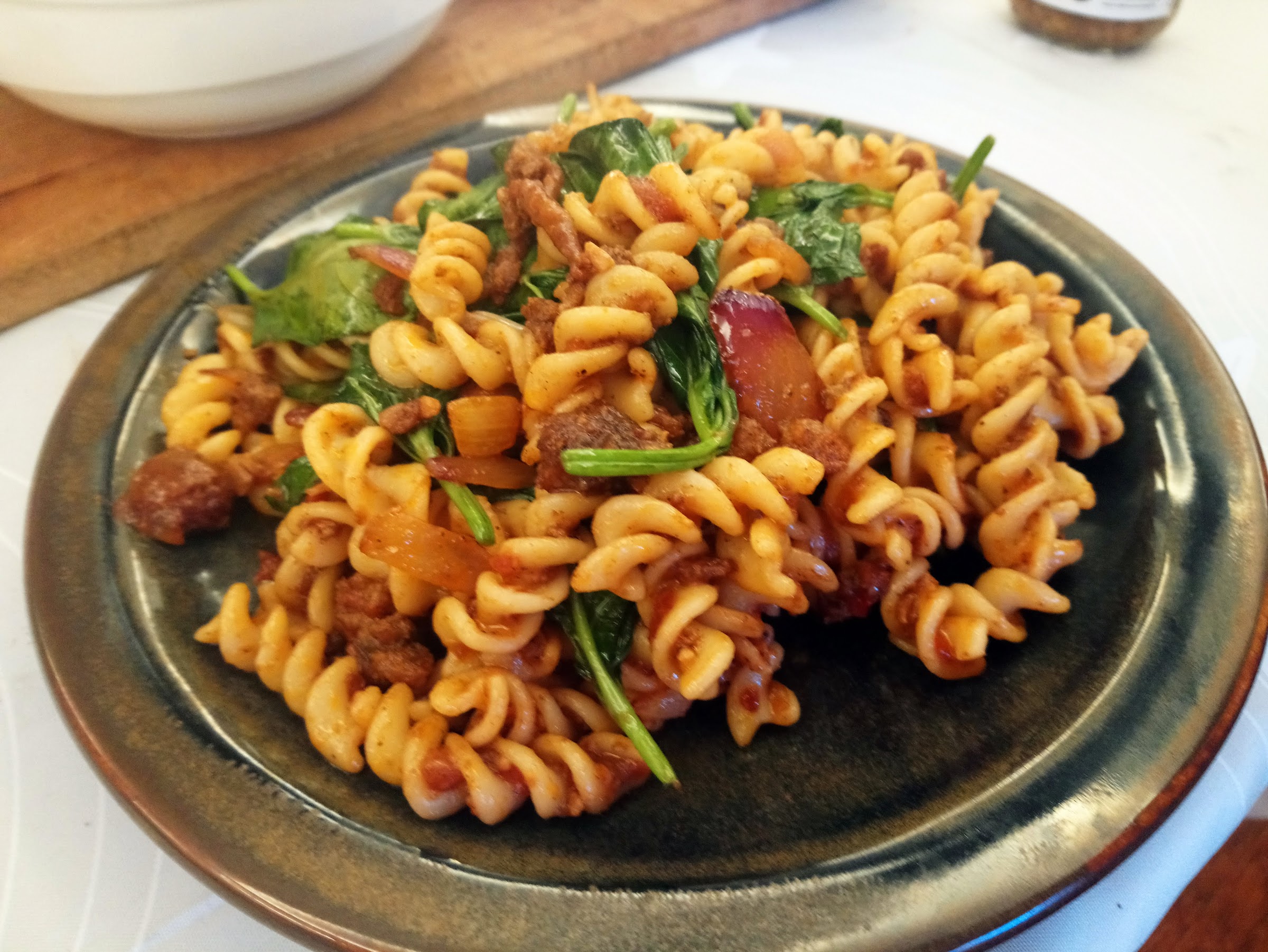 It just took few minutes and everyone at the convention center had tasted this yummy pasta at the Isla Event Center in Imus, Cavite province.

Chef Vikram Singh was the resource speaker at the last day of the Cavite Food and Culinary Expo 2019.  Despite having an overcast skies, there were lot of attendees at the Isla Event place in Imus, Cavite province. He is co- founder of Tikka Tales Food Services, Mau’s Grills, Gravies and Goodies. He is also the PRO of Global Academy Alumni Association.

He had been living in the country for 9 years and gained a lot of friends and consider the country as his second home. 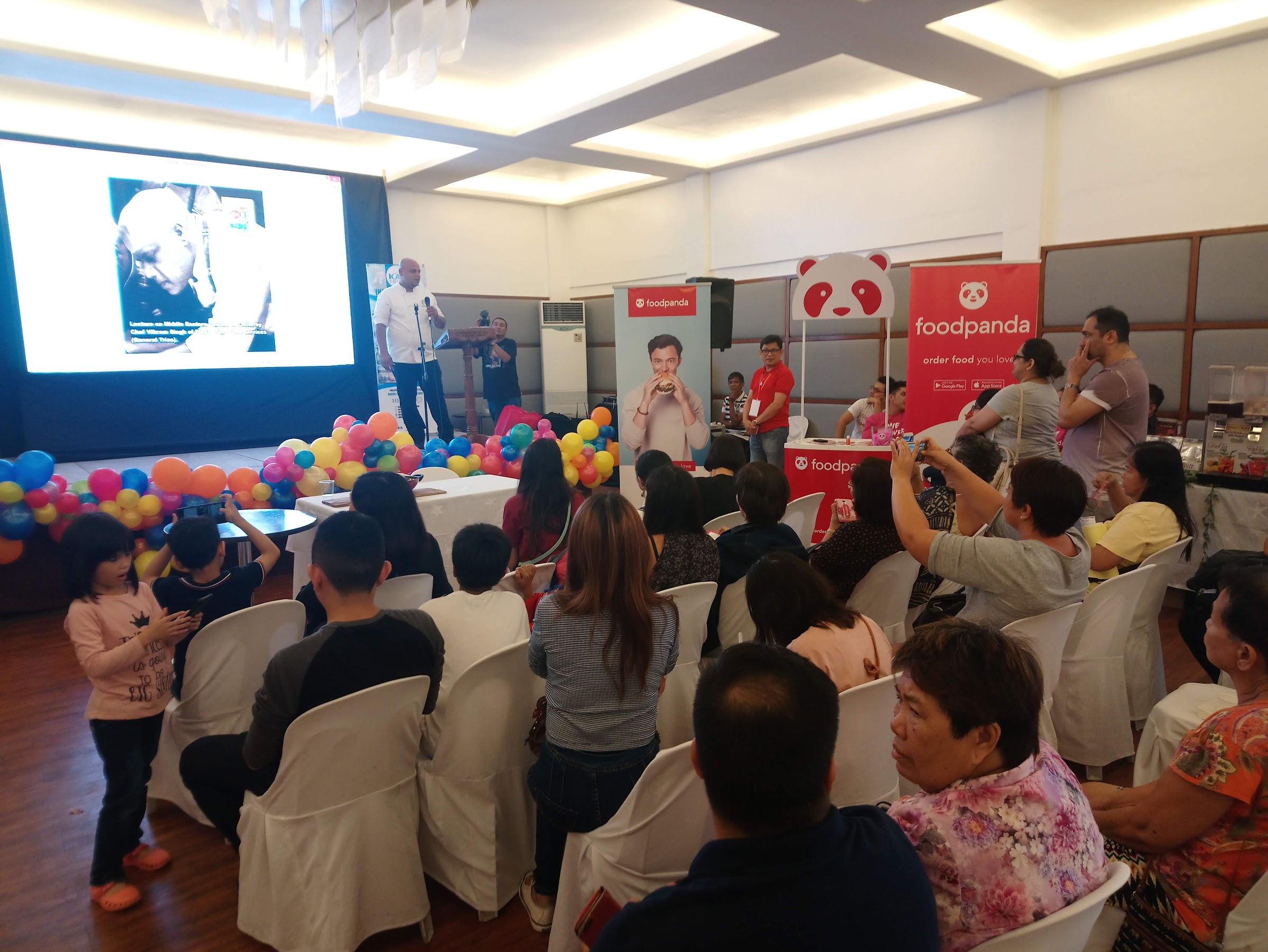 The talks started at about 4:00 pm after the talk of Chef Gene Gutierrez of Big Ben’s Kitchen and famous Imus longganisa.

He shared some information of Indian cuisine, misconception  about the cuisine and the similarities of some dishes to Filipino cuisine. 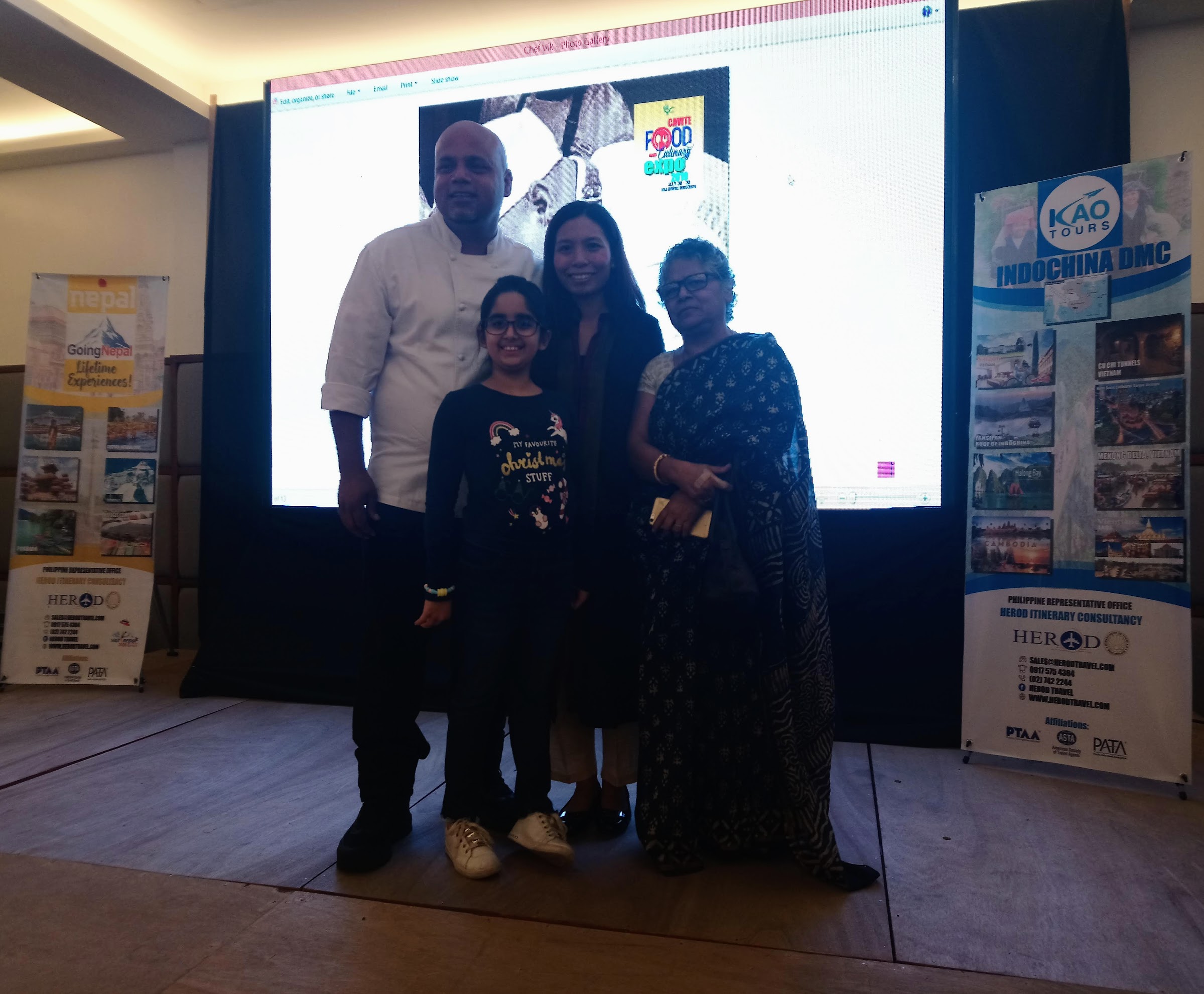 It was well attended talks and the participants asked a lot of questions on Indian cuisines.  There was a short question and answer portion after the brief talk.  Chef Vikram Singh had some let the participants taste some of the well-loved Indian dessert.

Cavite Food and Culinary Expo 2019 open with a big bang at the Isla Events place in Imus, Cavite province. The event is well attended by students, industry practitioners, bloggers, media, local and foreign tourists who flock in droves at the event center. 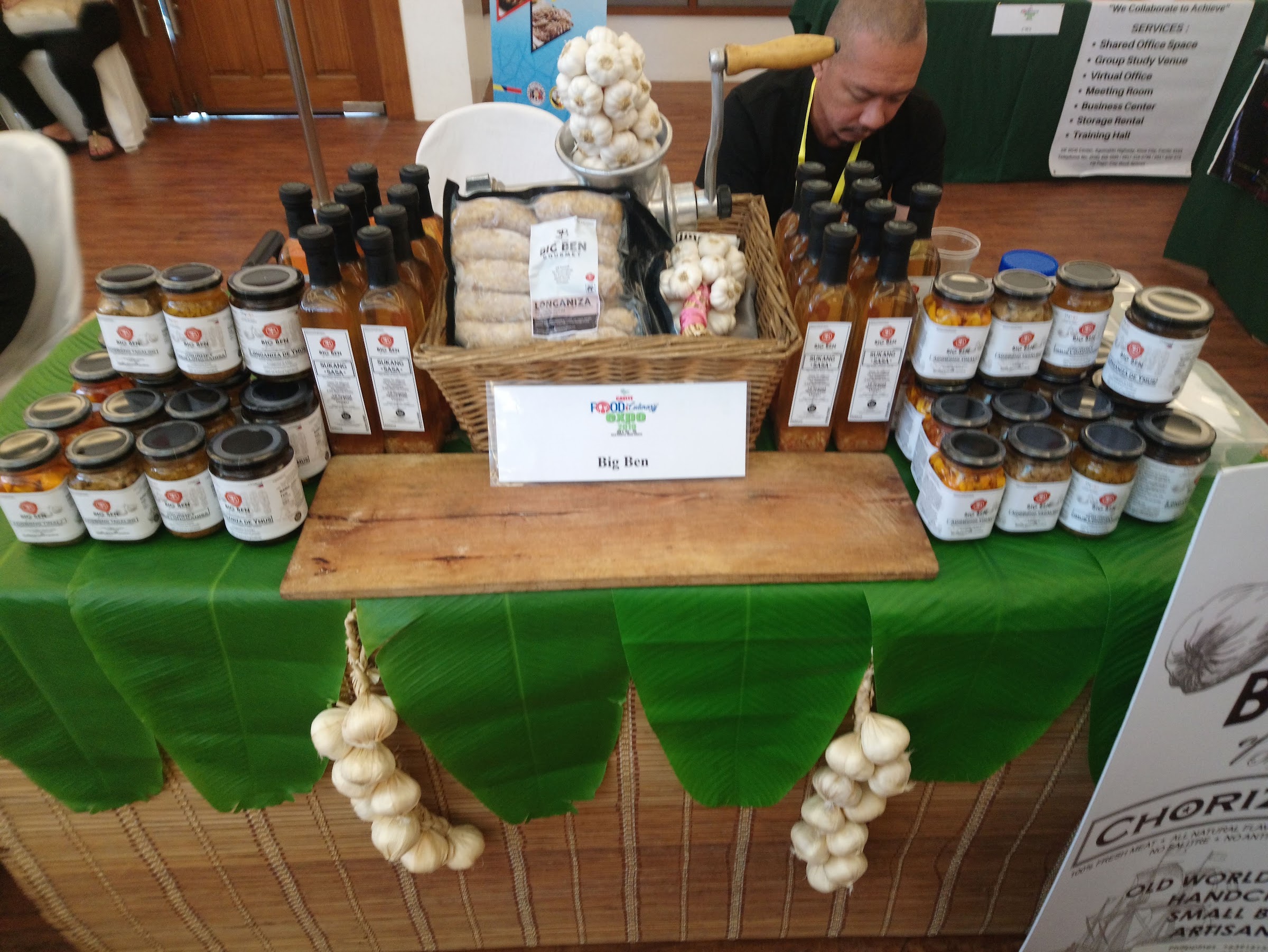 Big Ben Imus Longganisa and heirloom dishes is one of the must visit restaurant when you are within Imus, Cavite. Their family heirloom longganisa, tocino and adobo, sukang sasa are also exported abroad. 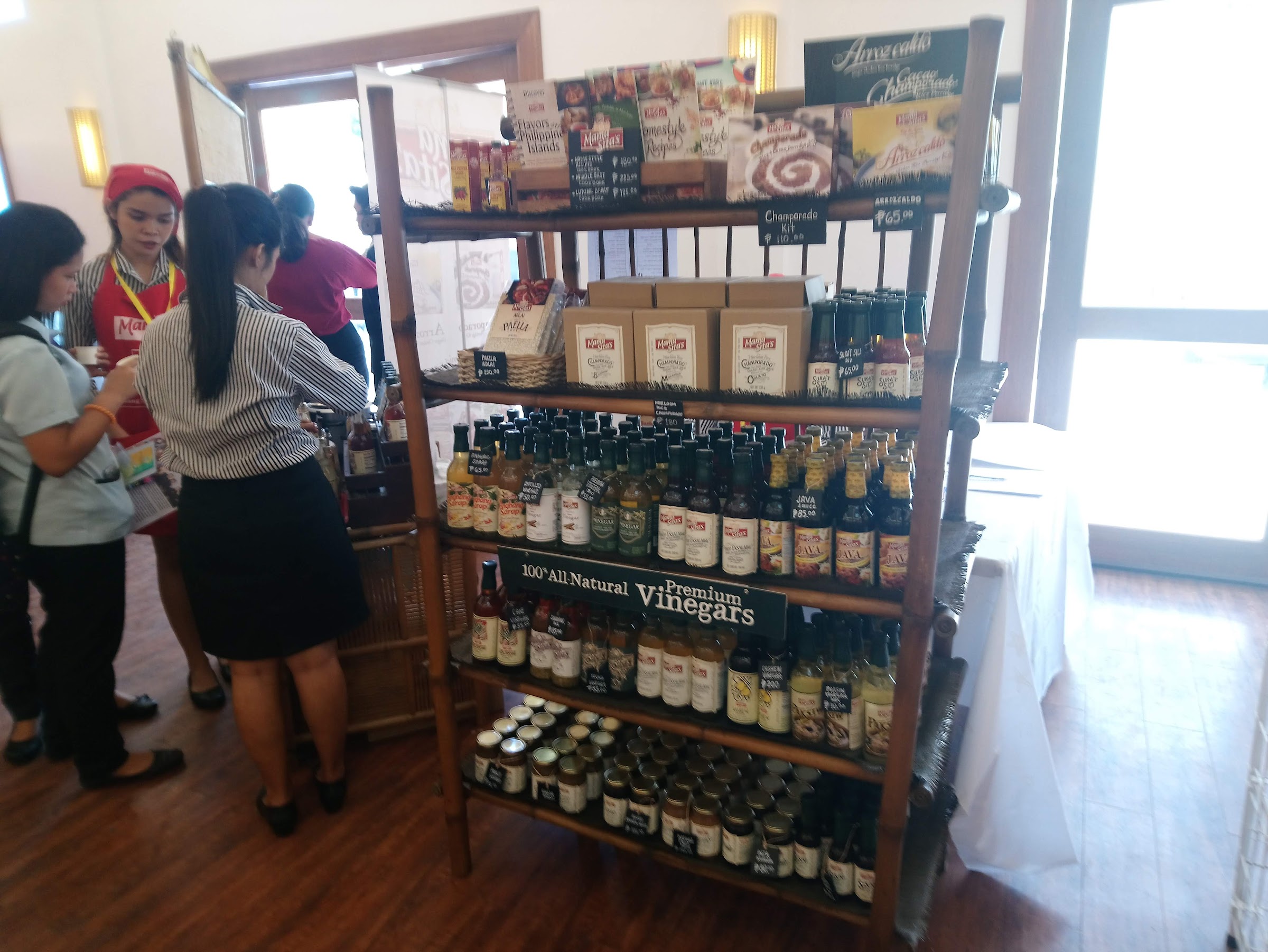 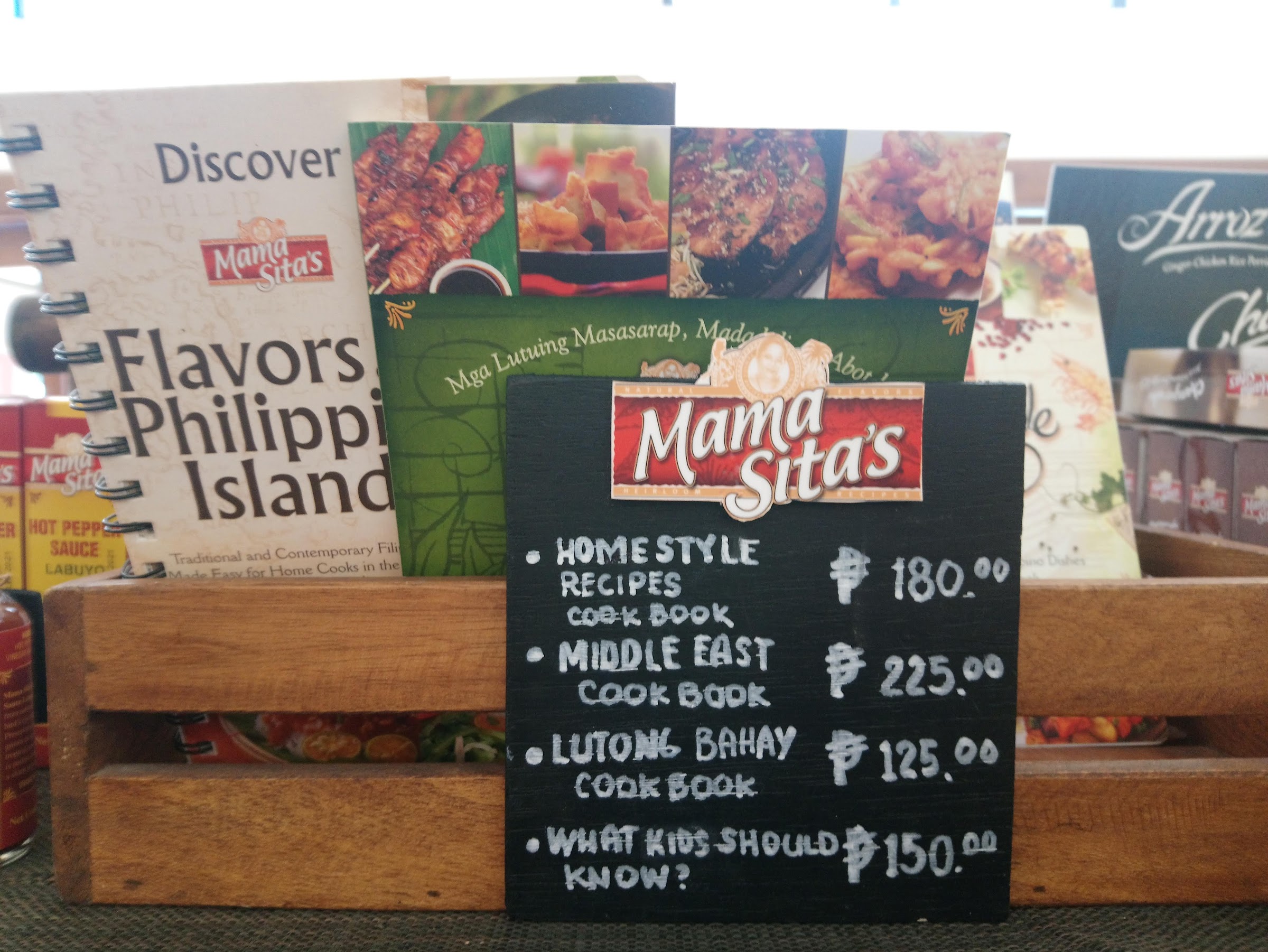 Mama Sita is well known culinary icon in the country. Her home made recipes, spice mixture and recipe books are also distributed in many parts of the world. 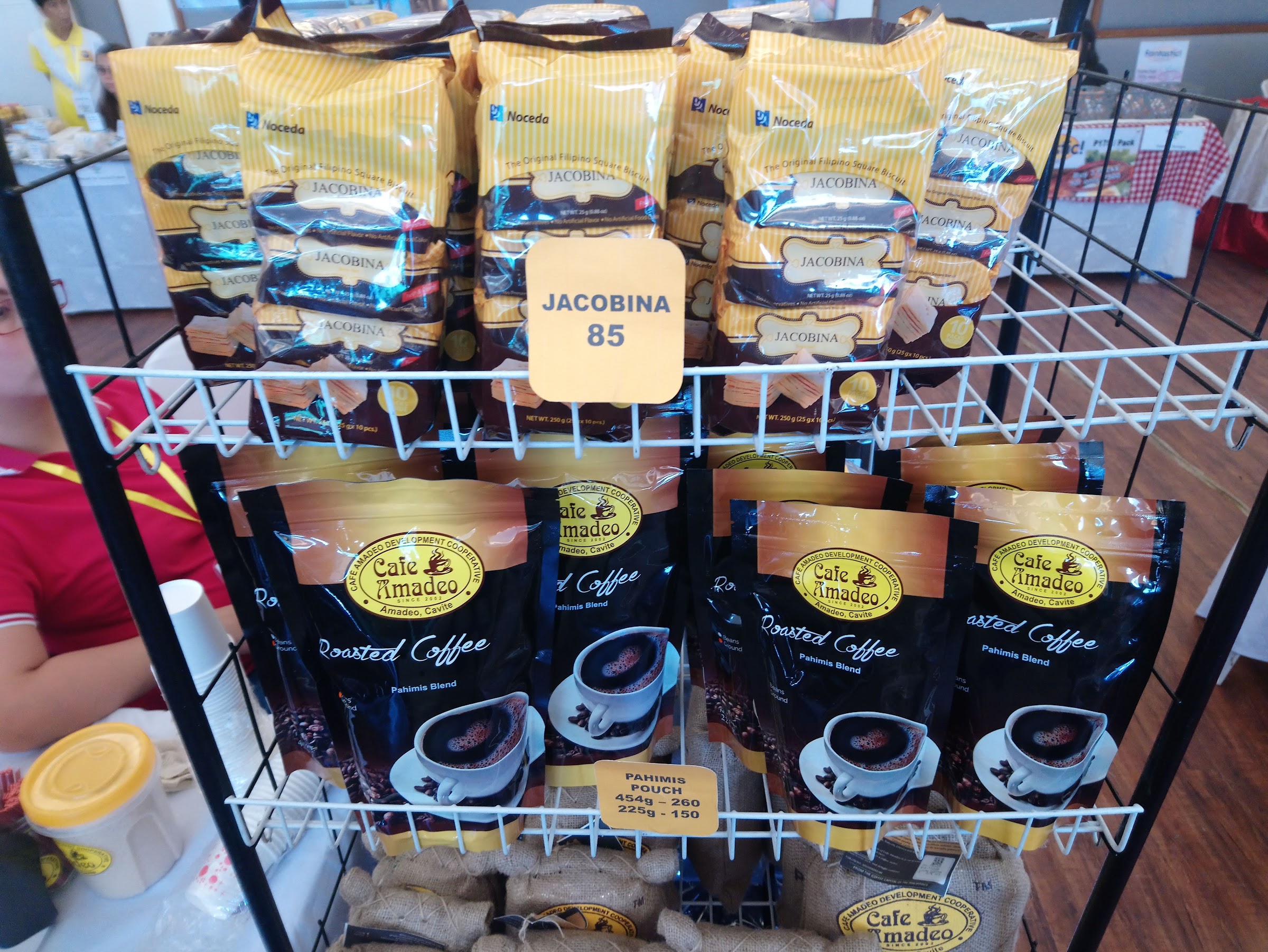 Cafe Amadeo with their world re-known coffee and jacobina biscuits 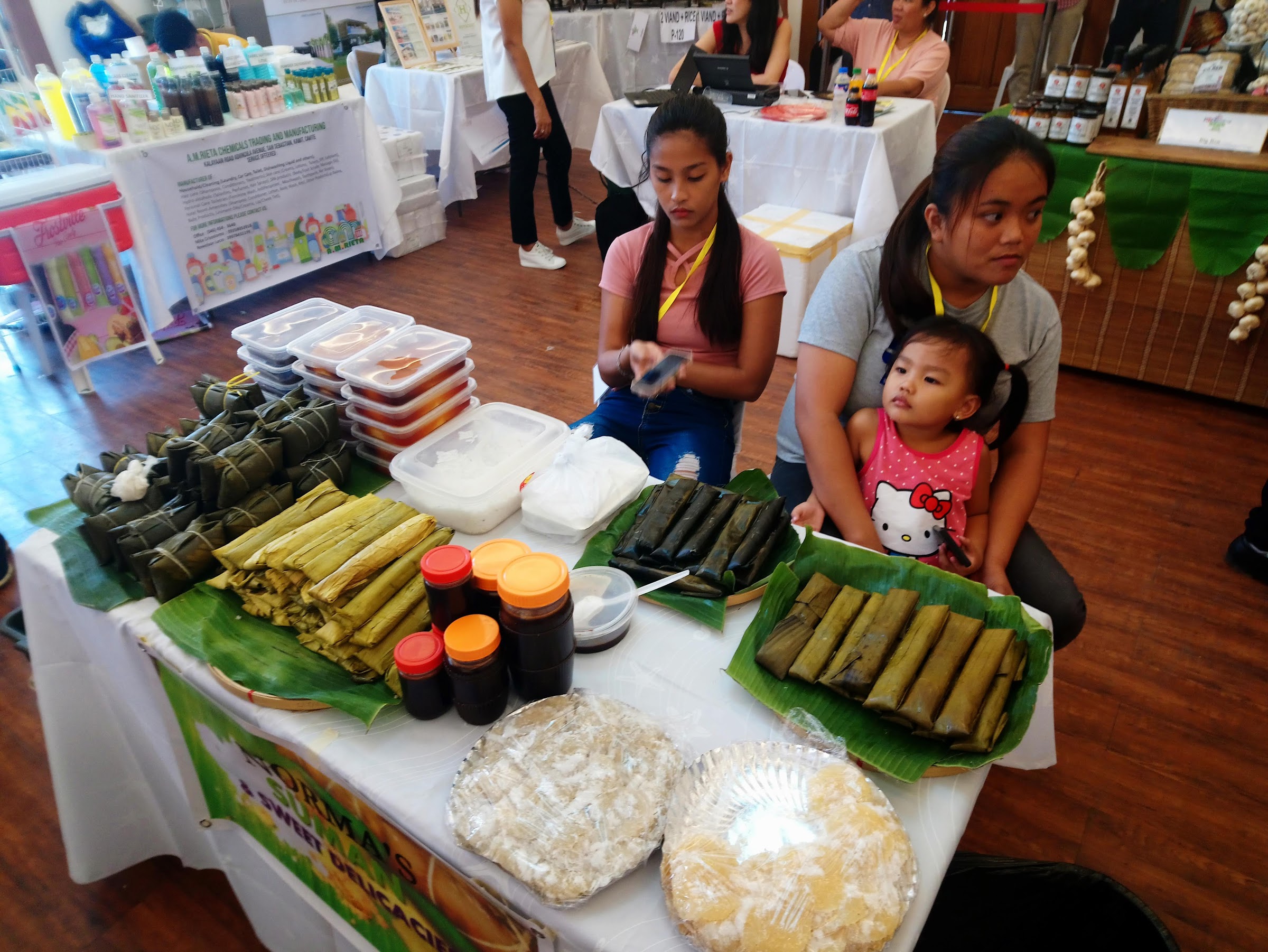 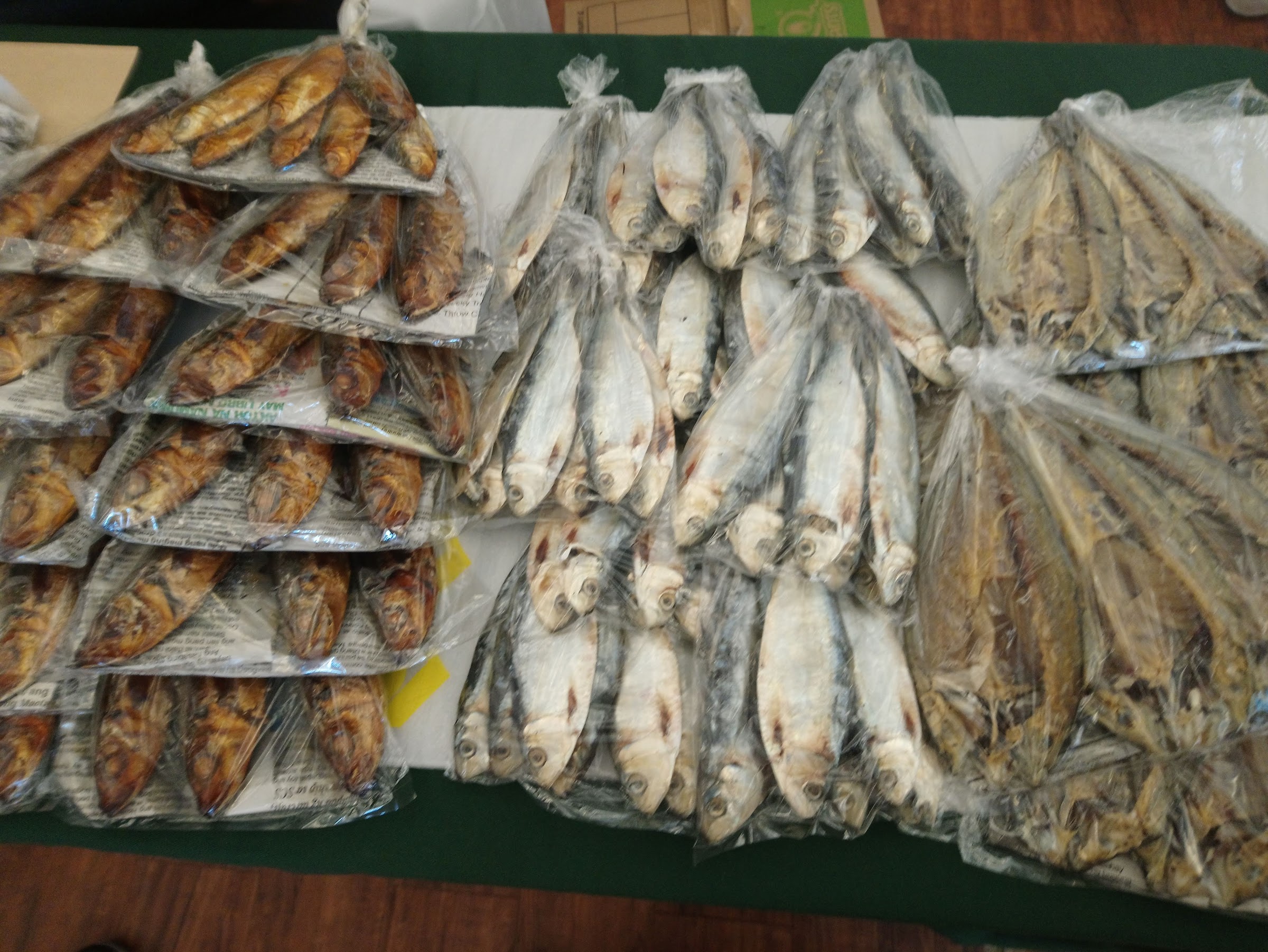 The province is well known for her dried fish and a lot of these found their way to Metro Manila and some are brought by Filipino OFW’s abroad. 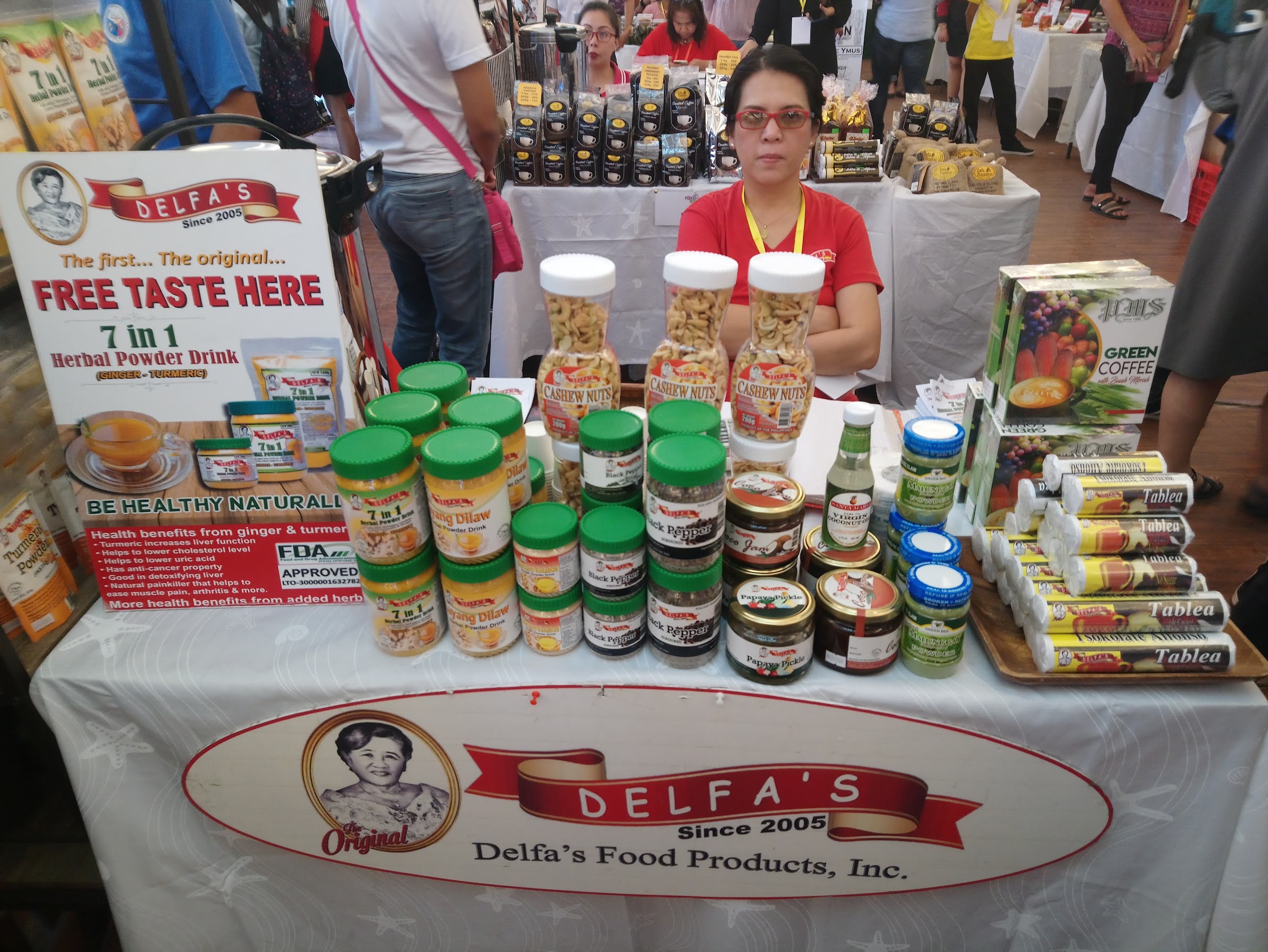 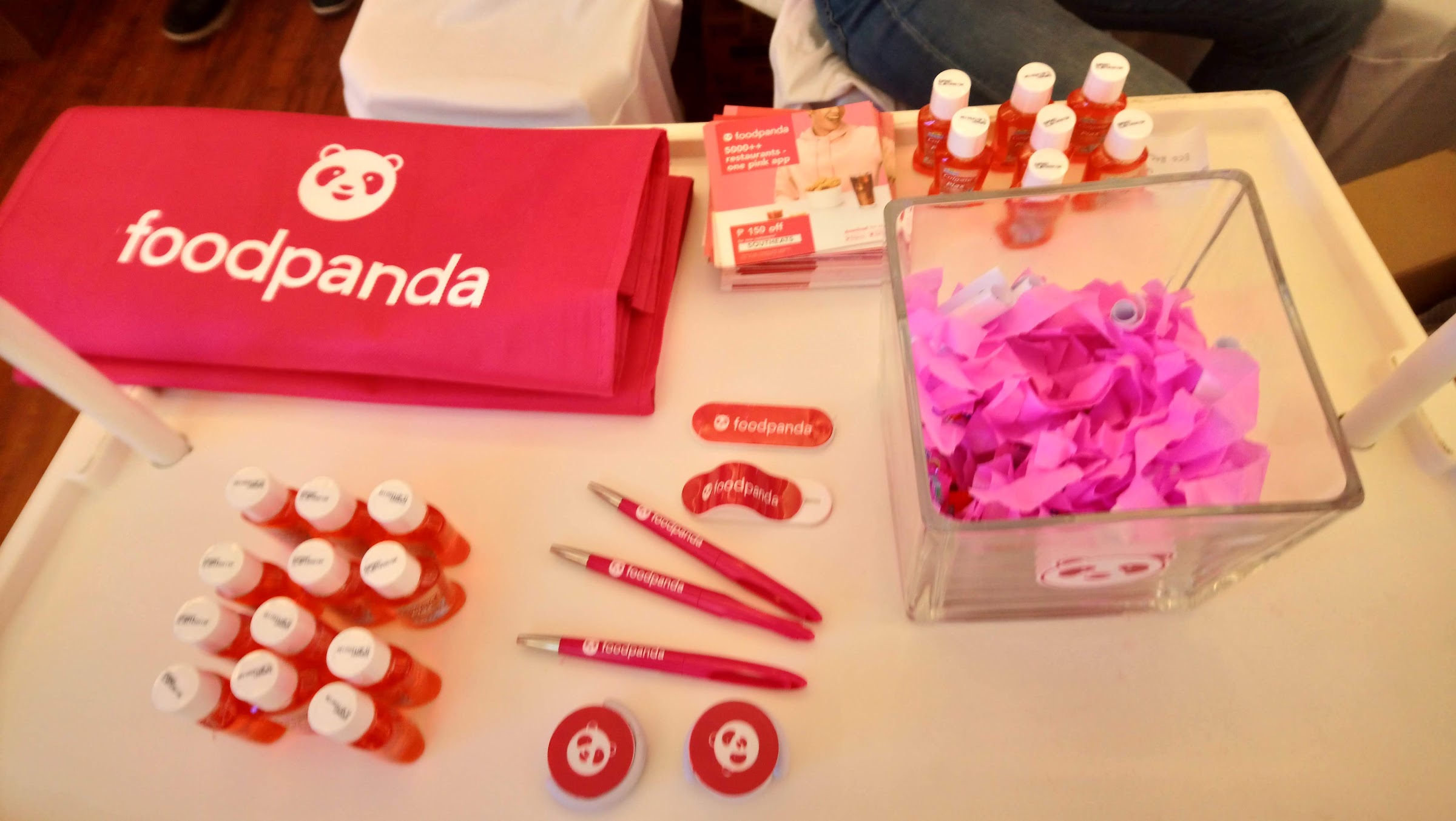 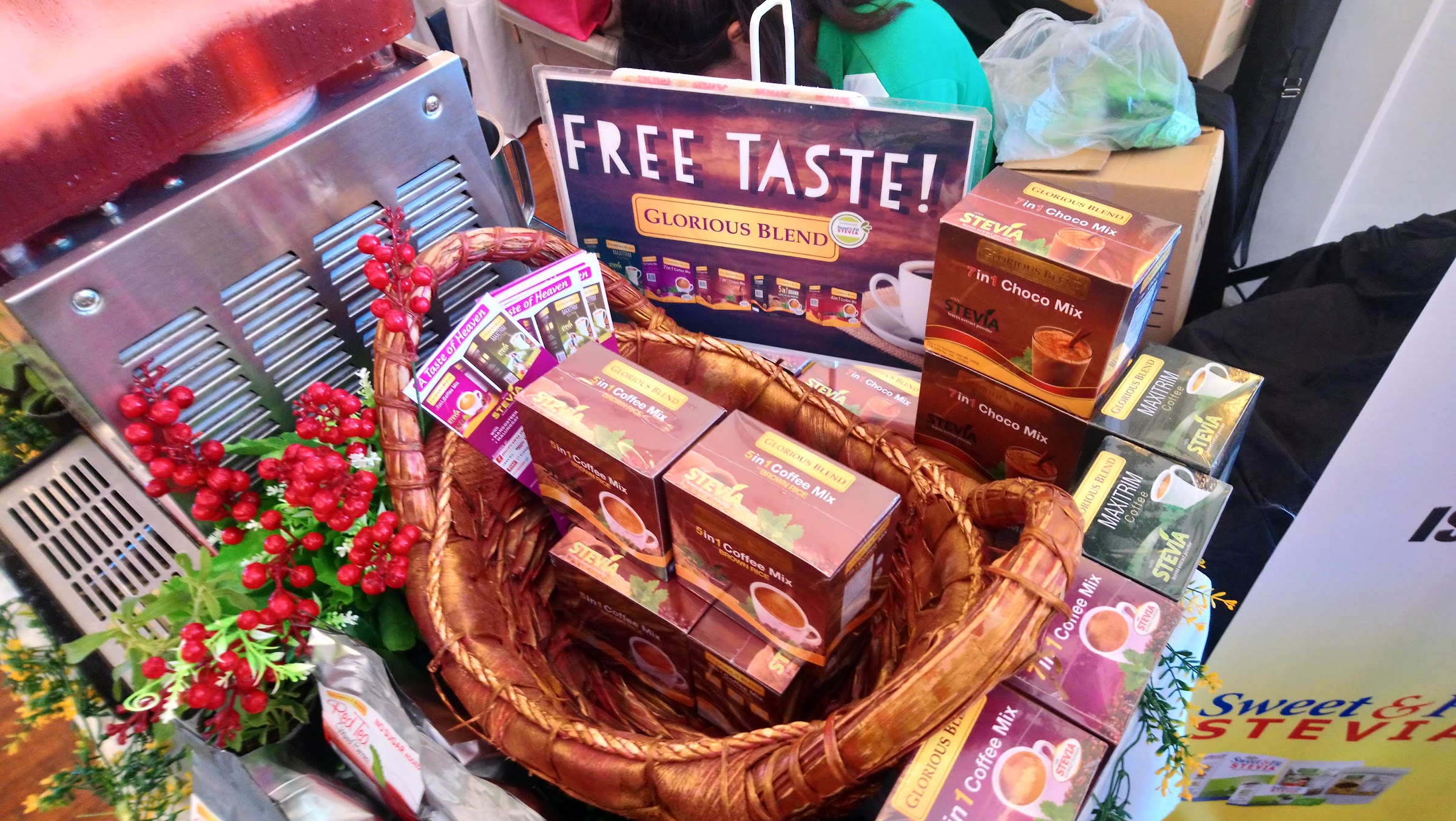 Glorious Blend is slowly becoming well-known in market . Their 7 in 1 choco mix, 7 in 1 coffee blend, maxtrim and stevia sweetener are becoming staple in the market. 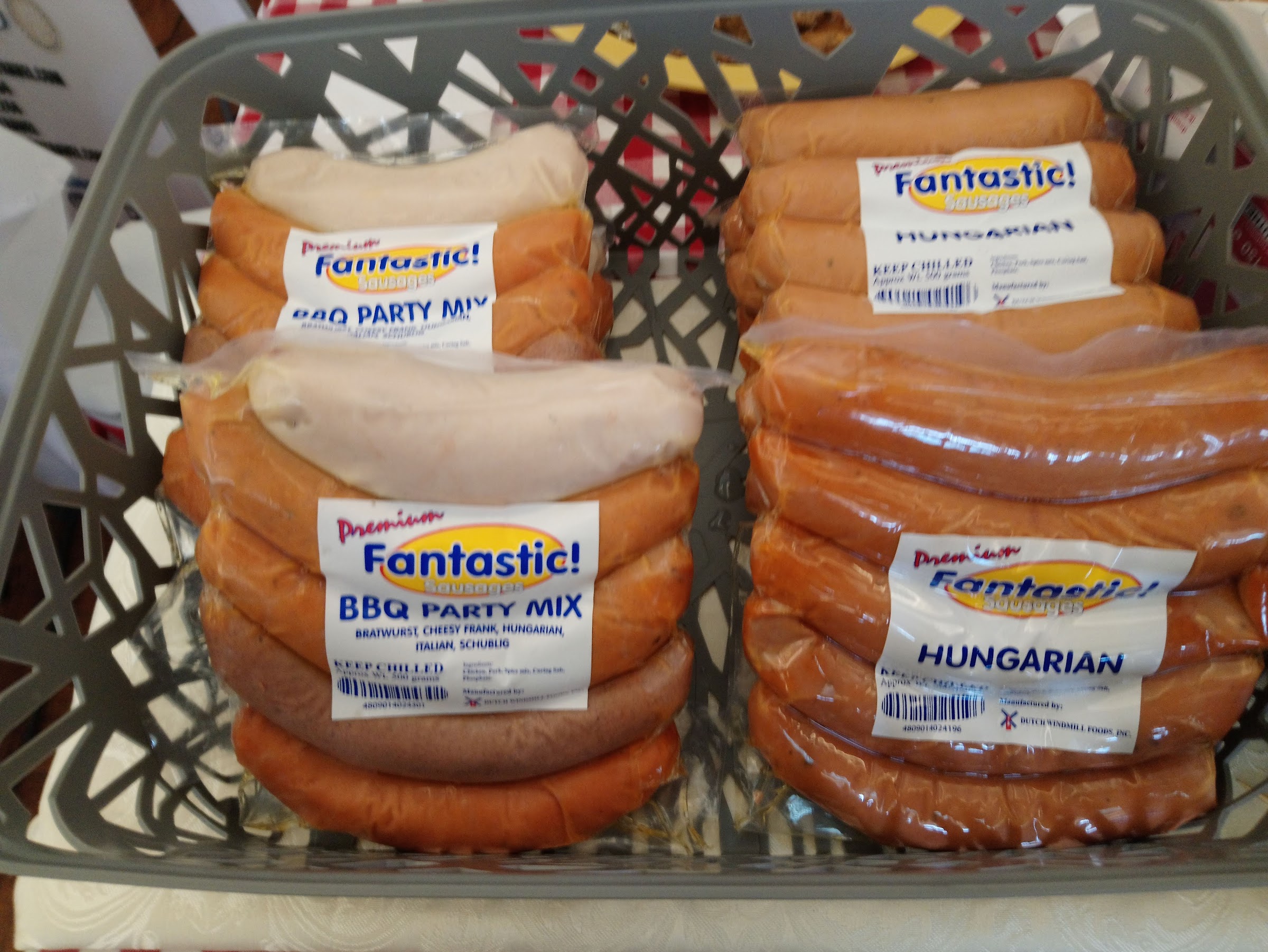 The other stall includes Sweet and Fit Stevia, Cafe Amadeo,Glorious Blend, Delfa’s Food Products and among others. 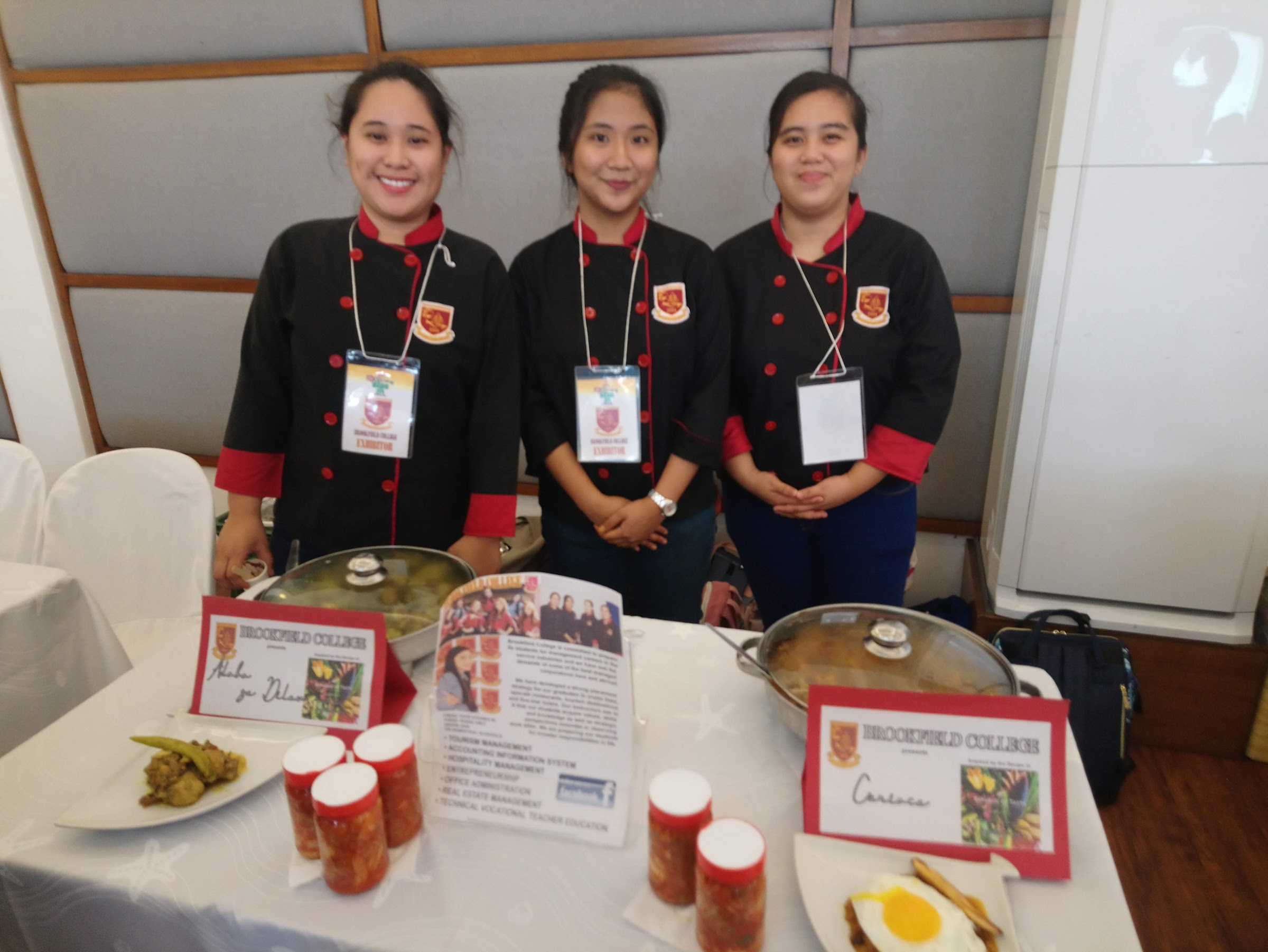 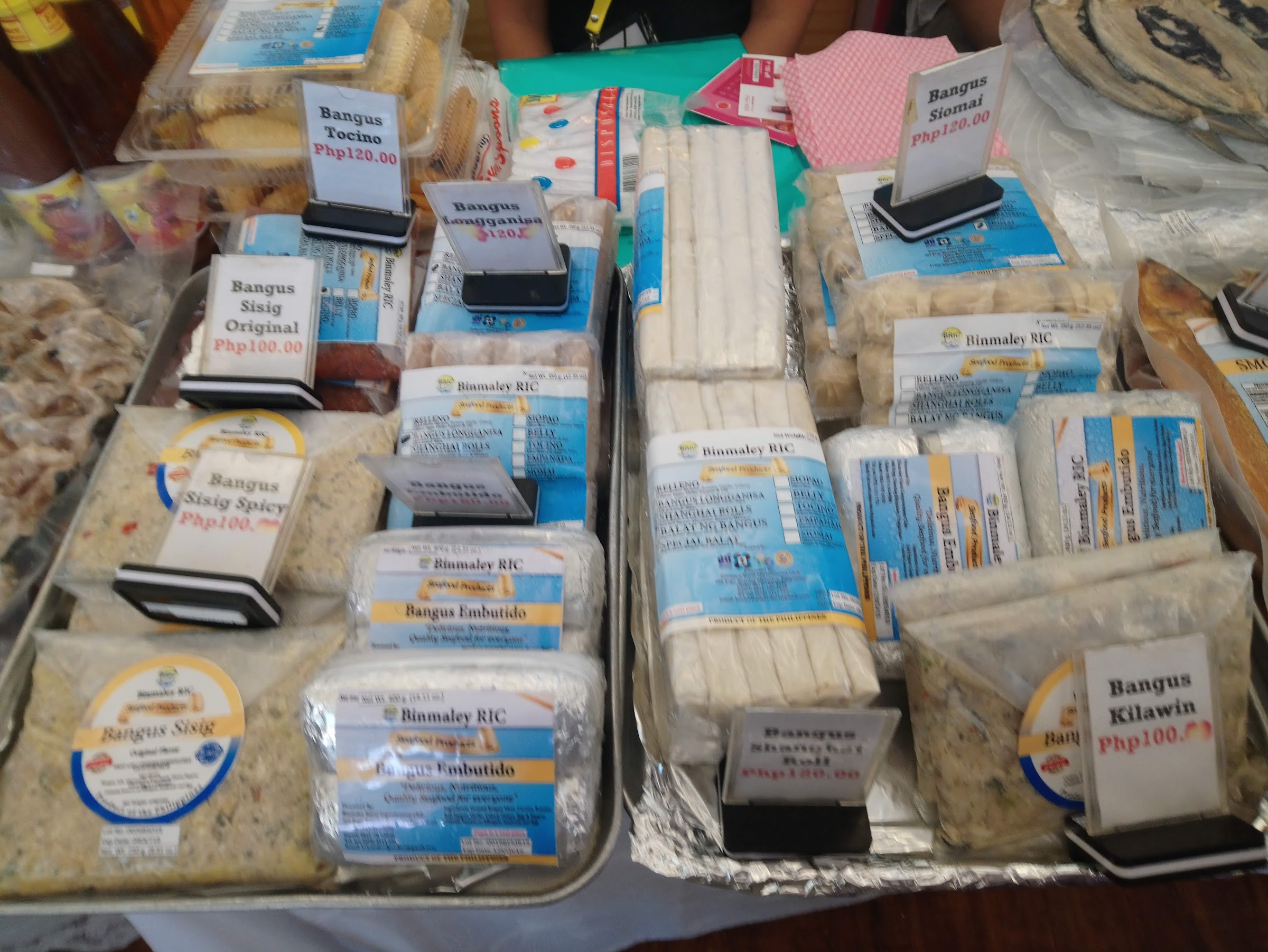 The event is endorsed by the local government of Imus, Cavite province, Department of Tourism and others. 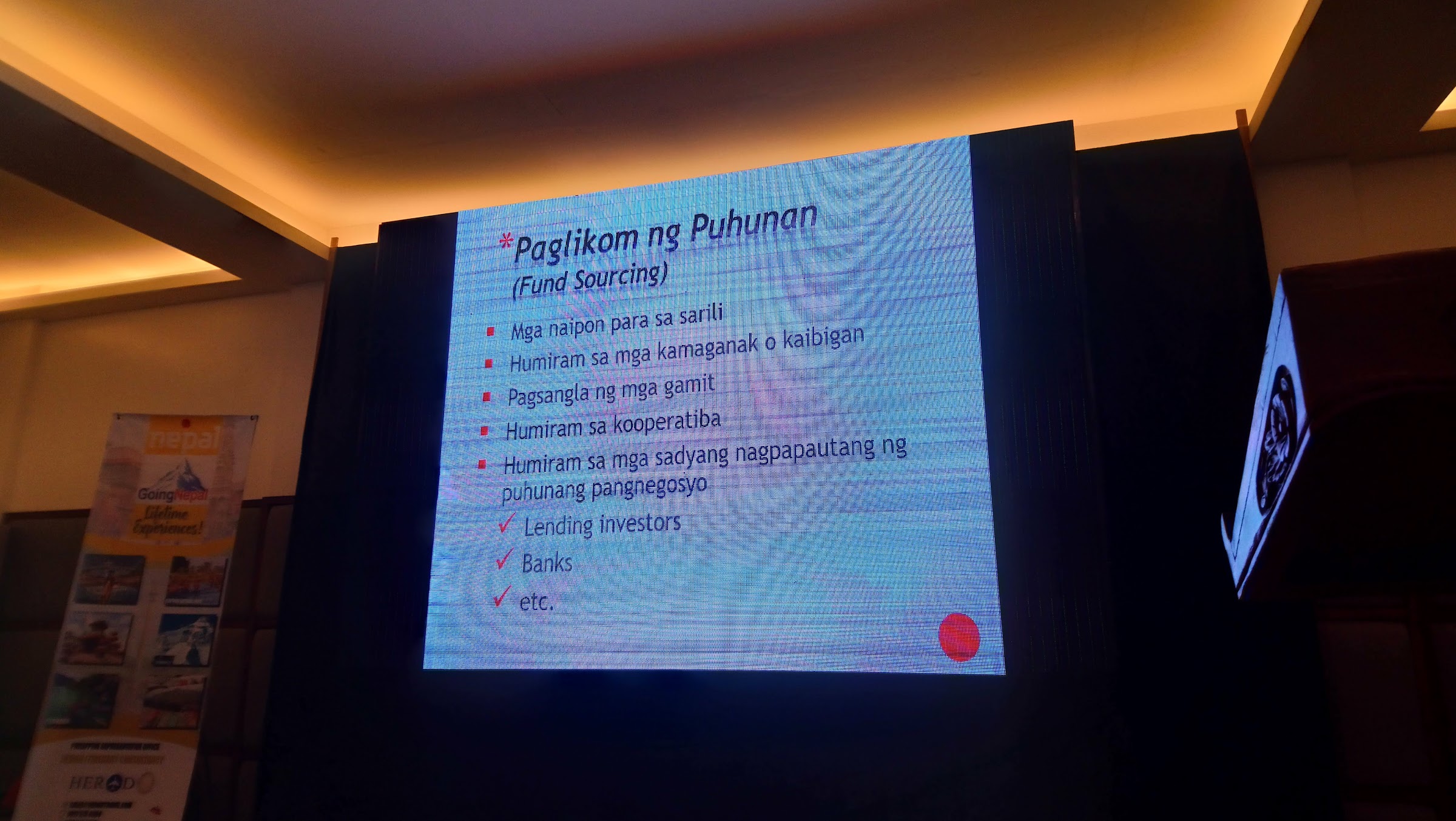 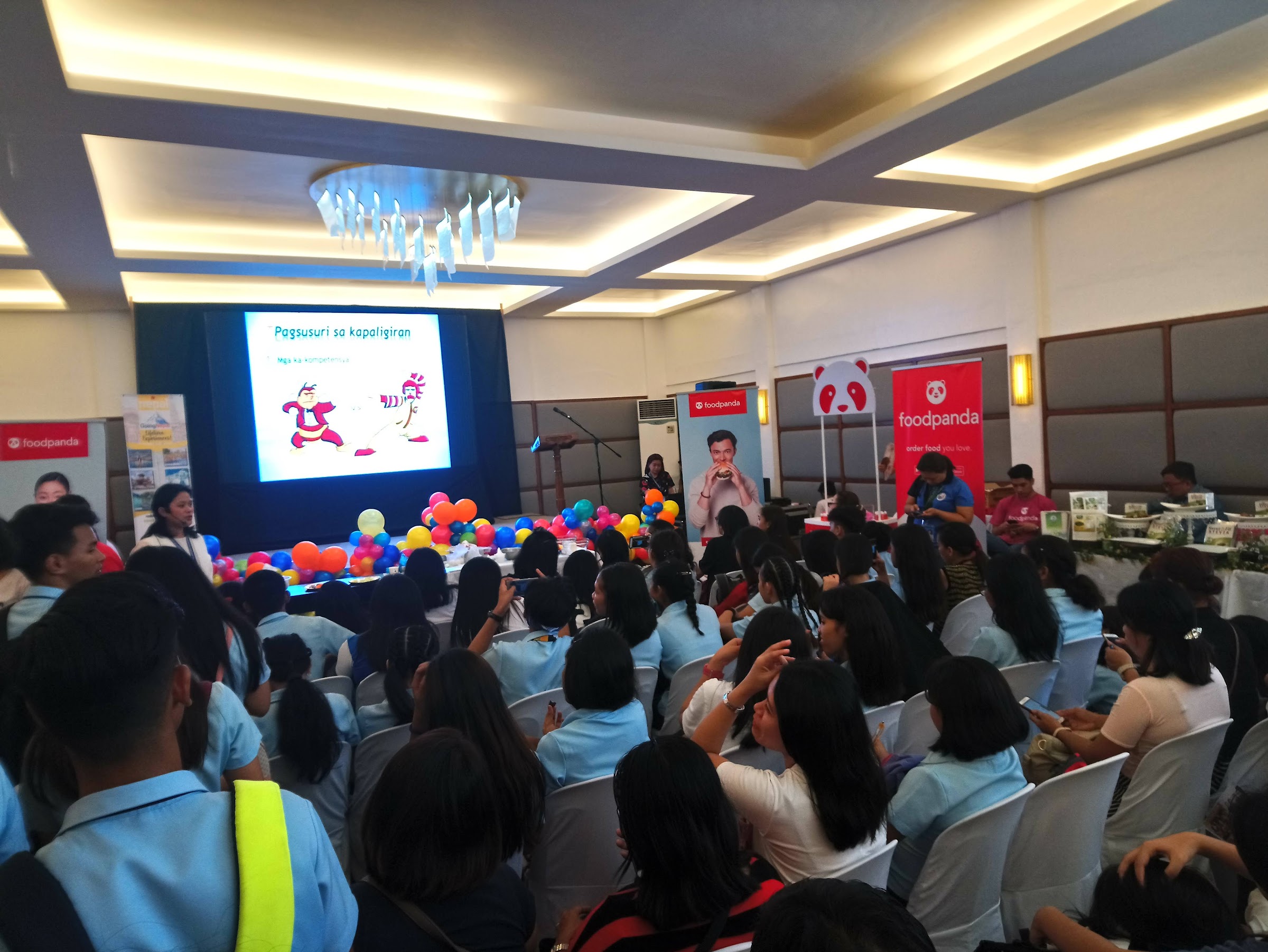 Unlike other food expo, this is open for FREE to the general public until July 28 SUNDAY.

Cavite Travel and Tours Expo [CTTE] had a successful venture before with Isla Events when they had collaborated for the very first time so the team behind it decided to do it again this year. Isla Events is now inviting everyone to Cavite Food and Culinary Expo 2019 happening from July 26 to 28, 2019 in Imus, Cavite province. 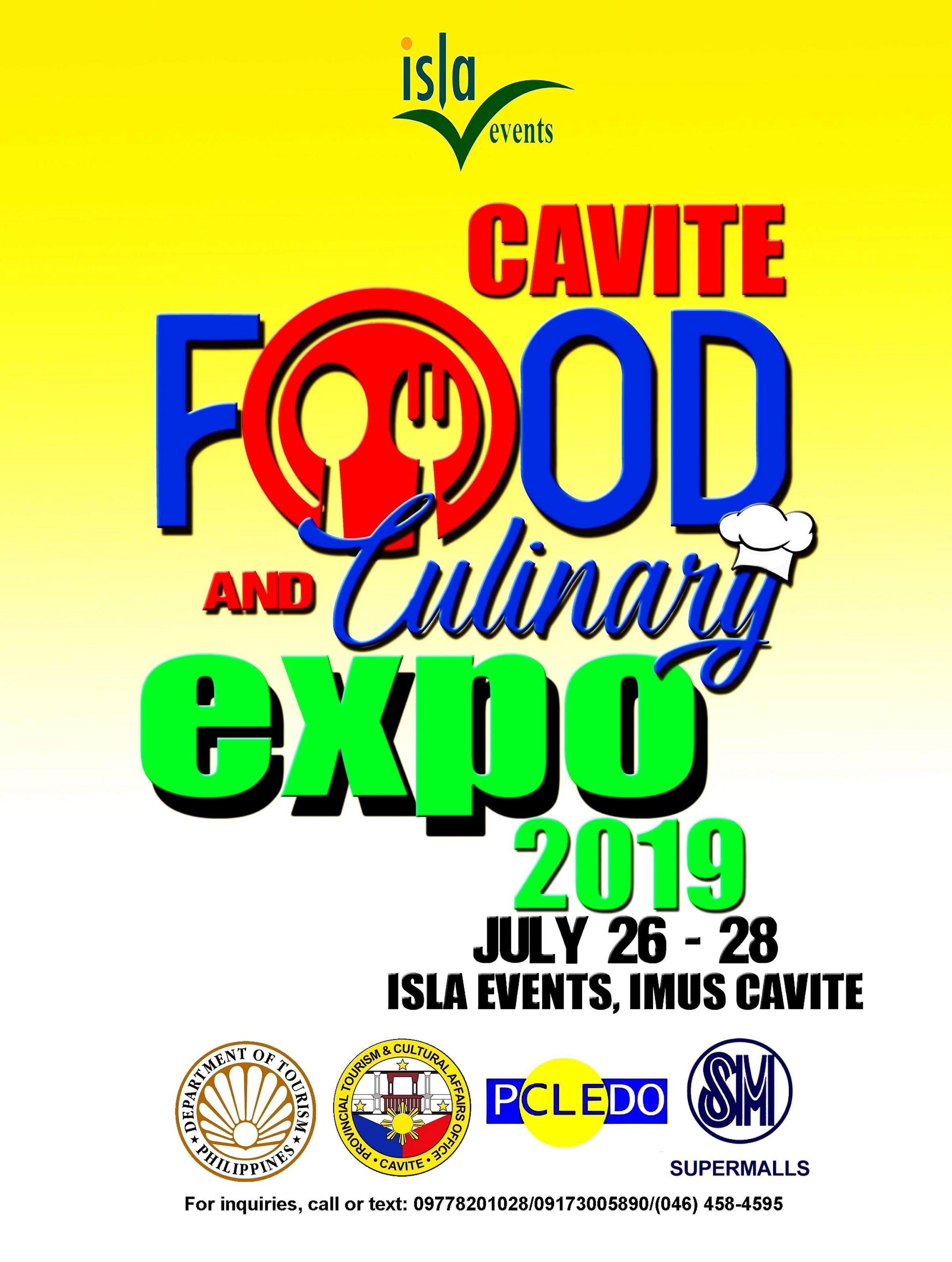 With the goal of promoting Cavite as a must-visit province, it also boasts of the region’s rich culinary and food heritage. The said event also targets to extend growth amongst micro-entrepreneurs especially those in the food business.

“The event will serve as a venue where they can reach out to their target market as well as avail of various skills on upgrading their techniques, trainings, build more networks with other businesses and get to know various programs which offer financial institutions as well as concerned government,” added Agrazada.

Among the all time favorite is Big Ben’s longganisa and heirloom dishes.

Food enthusiasts as well as culinary fans in mind as its target audience, There will be an array of food choices as well as a pool of culinary experts who will be sharing their expertise under one roof. 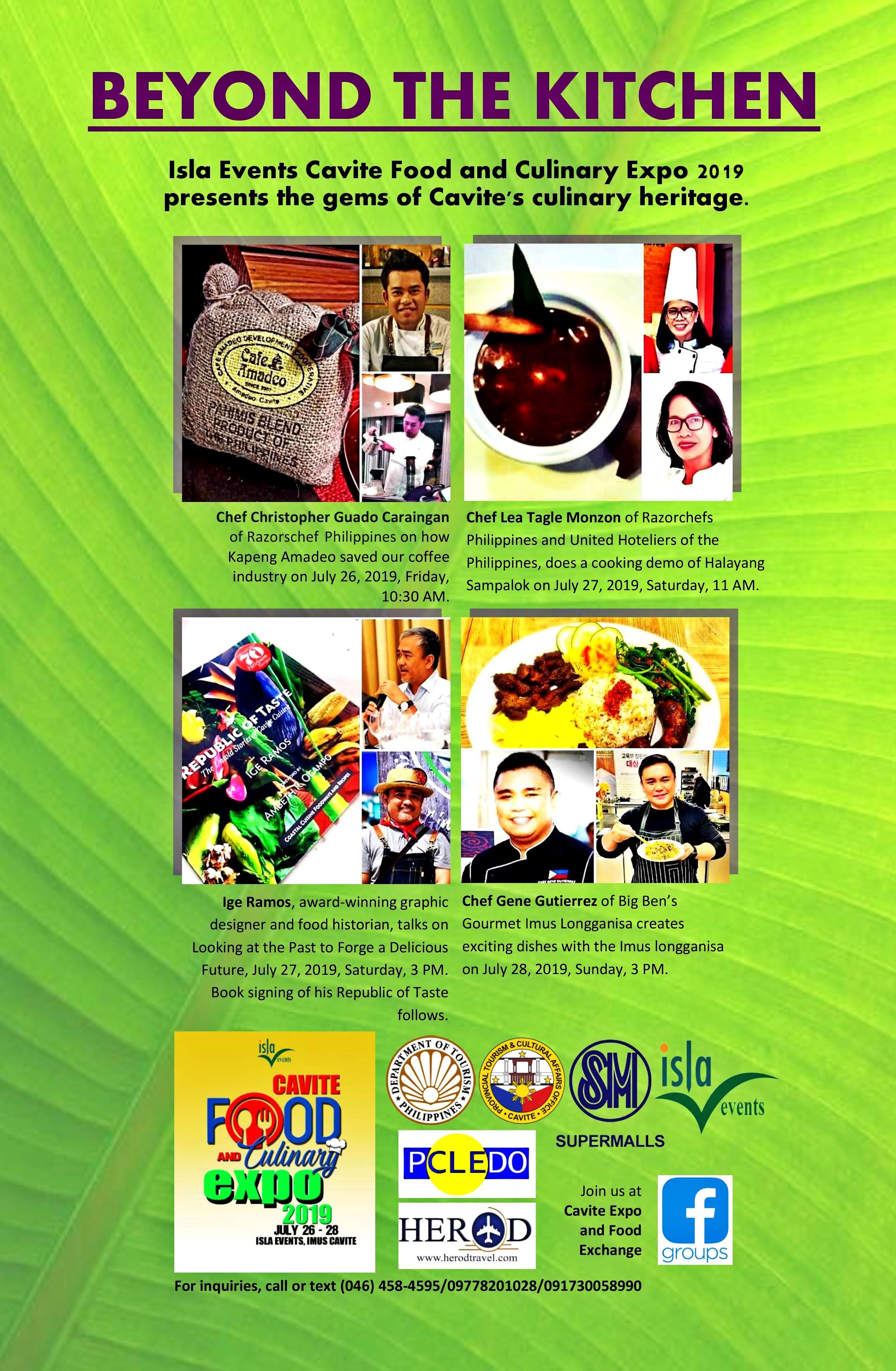 Schedule of Cooking Demonstration and Talks

July 26, Friday, 10:30AM Chef Christopher Guado Caraingan of Razorchefs Philippines will talk about coffee on his lecture dubbed as “How Kapeng Amadeo Saved Our Coffee Industry.”

There will also be a Basic Entrepreneurship/How to Put Up a Business lecture by Katrina Paula M. Caballe, Development Management Officer III PCLEDO Entrep Division, it will be held from 1-2PM.

Also scheduled on Friday, July 26, from 2-5PM, There will be Dimsum Making, Pastries and Delicacies Making to be conducted by Corazon A. Tepora and Fruit and Meat Processing lectures by Elvira B. Perlado.

July 27, Saturday, 11AM Chef Lea Tagle Monzon of Razorchefs Philippines and United Hotelliers of the Philippines will give a cooking demo of Halayang Sampalok.

Also on Saturday, July 27, at 3PM, Ige Ramos, an award-winning graphic designer and food historian will talk about “Looking at the Past to Forge a Delicious Future.” Book signing shall also follow for his Republic of Taste book.

On July 28, Sunday at 11AM-12NN, Chef Orvin Sayos of Lime and Basil Restaurant [Alfonso, Cavite] will be preparing Asian dishes from local source.

Aside from these amazing talks and food demos, there will also be a talk on Entrepreneurial Activities in Travel and Hospitality, and Guest Relations Management by Deogracias Esplanada, MTSM, Retired Professor, DSLU-Dasmariñas, College of International Hospitality Management. The lecture will be held from 9:30AM to 5PM.

All the lectures, seminars and demos will be held at the Isla Events Center, Tamsui Avenue, Bayan Luma II, Imus, Cavite.

Save the date folks, come one, come all. Bring your family and friends to this grand event. Happening from July 26 to 28, 2019—come and visit Isla Events Center in Bayan Luma II, Imus Cavite for the Cavite Food Culinary Expo 2019!

There are no entrance fees for those who wish to attend the upcoming Cavite Food and Culinary Exposition 2019!

Big Ben Kitchen restaurant used to be a family ancestral house constructed in the mid-1960’s and was renovated in the early 1980’s to accommodate the growing family.

Cavite especially the town of Imus is rich in history and its culinary heritage is world re-known.

The specialty of Big Ben Kitchen is the home -made longganisa which favors are well balanced and not too heavy on the garlic.  The use of lean pork meat as the main ingredient. These tasty sausages are all-natural and contain no preservatives , nitrates or salitre.

The longgganisa recipe was made by the grandmother of Chef Gene way back in 1950 and had been a treasured family heirloom recipe. There were some minor improvements like more leaner meat, less preservatives and vacuum sealed packaging.

The restaurant had recently got accreditation from Department of Tourism, OTOP and is rated among the MUST visited restaurants in Imus, serving a good number of family and local heirloom dishes.

Big Ben famous longganisa is best paired with sukang sasa made from Nipa/ Nypa  fruticans and seasoned with mined garlic and chopped chilies.

Pancit Langlang – This was mentioned on chapter 25 of Dr. Jose Rizal’s novel El Filibusterismo, which mentioned students gathering in a famous panciteria in Binondo. This was also his favorite noodle dish whenever he would visit the town of Imus.

Although commonly served as regular dish and comfort food in the 19th and early 20th century around Manila and Tagalog areas. This dish is seldom serve in panciterias within Binondo and Chinatown area. Most of the accounts are from culinary historians or families which had kept this recipe for generations.

Based on how the group ate this noodle dish, We all agree that this is one of our favorite dishes. Chef Gene told us that it took hours to boil the soup base using bones from pork, chicken and beef. Topping the noodles with scrambled eggs. HIGHLY Recommended Dish. This dish can serve between 3 to 5 persons.

Sinampalukang Manok – Chef Gene family heirloom dish uses natural tamarind extract unlike the powdered mixture which is commonly used by carinderias . The slow cooking method allows the natural taste to permeate into the chicken and the soup is not too sour. There are also kangkong ( Ipomea aquatica), chopped eggplants and string beans.

They are all sourced locally and are a welcome treat to those familiar with other sinampalukang manok dishes cooked with different ingredients.

Halaan soup – Another highly recommended dish for those who wanted soup dish. The soup had malunggay leaves and young papaya fruit.

Chicken adobo – During the late 16th up to the early 20th century. Cocks which died during the cockfight were never thrown away. They were slowly cooked into other dishes like chicken adobo or pakam in Baliwag , Bulacan.

But unlike the old version, Chef Gene had improved this traditional dish into a more healthier alternative.  He sourced organically grown chicken from nearby poultry farms within Cavite. Thus all are free range and thus organic.

Pork Hamonado – This is another Highly Recommended dish, The pork is slowly cooked and bay leaves were added with pineapple which add a little sweetness.

Pineapple acts as natural tenderizer to the dish because of bromelain which is an enzyme extract . As a culinary ingredient, it may be used as a meat tenderizer.

The meat is tender and Is usually served on special occasions like Christmas, Baptism or special visitors.

Pancit Macao – This is Chinese ( Macao/ Cantonese) influenced dish which is not commonly served even in Metro Manila panciterias. This is combination of local vermicelli noodles and thin wanton noodles with shrimps, chopped carrots, patola (  Luffa acutangula ) topped with fried minced garlic and spring onions. This is again one of my favorite dish.

Menudo – This is not the Mexican or South American version of menudo. The main ingredients are pork meat, pork liver, chopped potatoes, chopped carrots and slowly cooked with spices like black pepper.

Silvana ala Chef Gene with local chocolate bits ( sourced locally )  made from a layer of buttercream sandwiched between meringue wafers coated with cookie crumbs.

I must recommend this hearty dessert. Not overly sweet and ideal for pairing with hot chocolate or locally brewed coffee at Big Ben’s kitchen.

Leche Flan ala Chef Gene – This leche flan is another wonderful treat. This is thick and Chef Gene uses organically grown chicken egg yolks with macapuno and cream toppings

There is also a wall where one can write a message or greeting . Just bring a ball pen.

Chef Gene Gutierrez will be participating at the WOFEX Food Expo from December 20 to 23 , 2017 from 9:00 am to 9:00 pm at the SMX Convention Center in Pasay and Mr. Ige Ramos ( Culinary Historian and Chef ) together with Chef Gene will be having a cooking demonstration on December 23 saturday . They will be using Imus longganisa as main ingredient.